GI Joe
by Jay Cochran
June 25, 2014
The G.I.Joe Collector Club has revealed the twelfth figure for their 2014 Figure Subscription Service (FSS 3.0). The twelfth figure offered will be G.I. Joe Forward Air Controler: Bombstrike . Here are the details about the figure.

Note the image depicts a prototype and the final version can vary from what is shown here.

You can now place your pre-order for the GIJCC FSS 3.0! The order period ends July 1st, 2014. They have now show off all twelve figures in this years subscriotion except the mystery 13th figure. The cost of the subscription will be $315 if paid in full, or $105 per installment (3x) plus the online service charge for each billing as well as the cost to join the Collector Club if you are not a member already.

Currently they anticipate that the first figures will ship in late October, but that is still TBD until they receive the final schedule from the manufacturer. When the shipment arrives, they will publish the two dates for the second and third installments.
Image 1 of 14 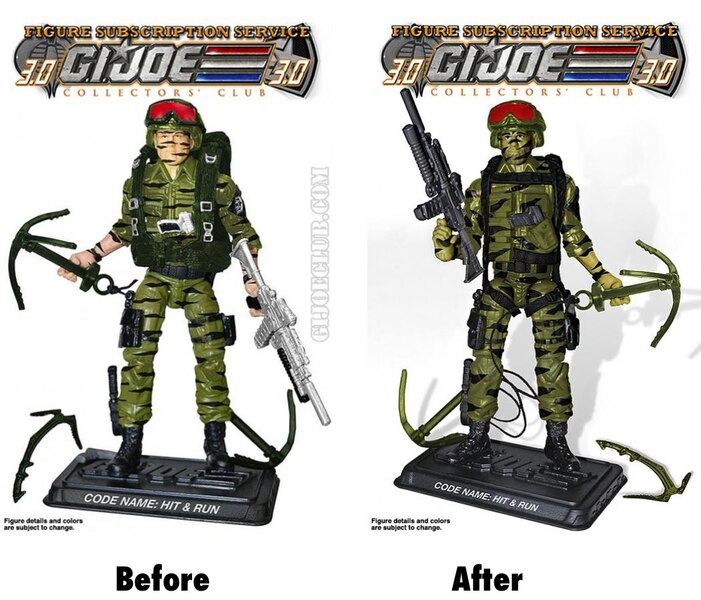 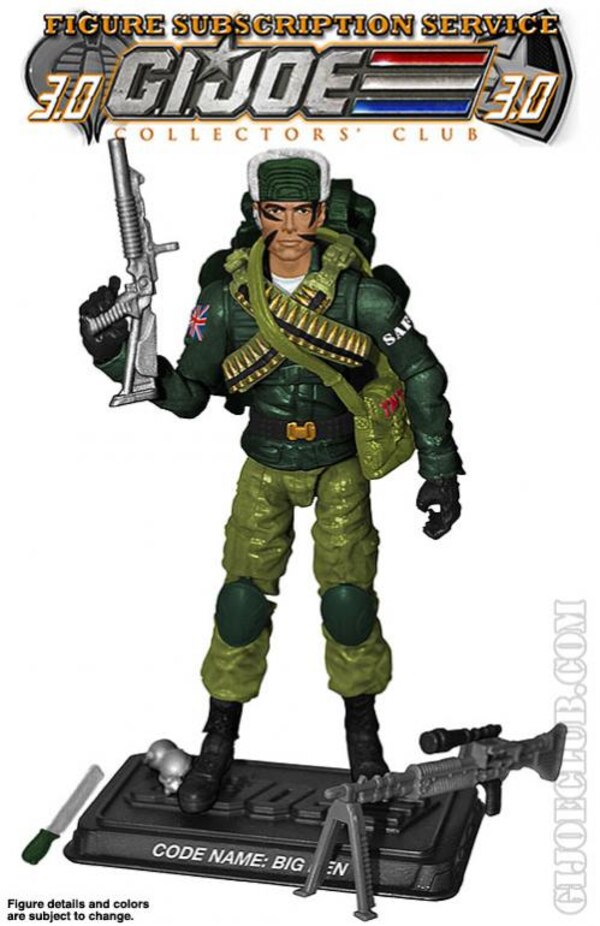 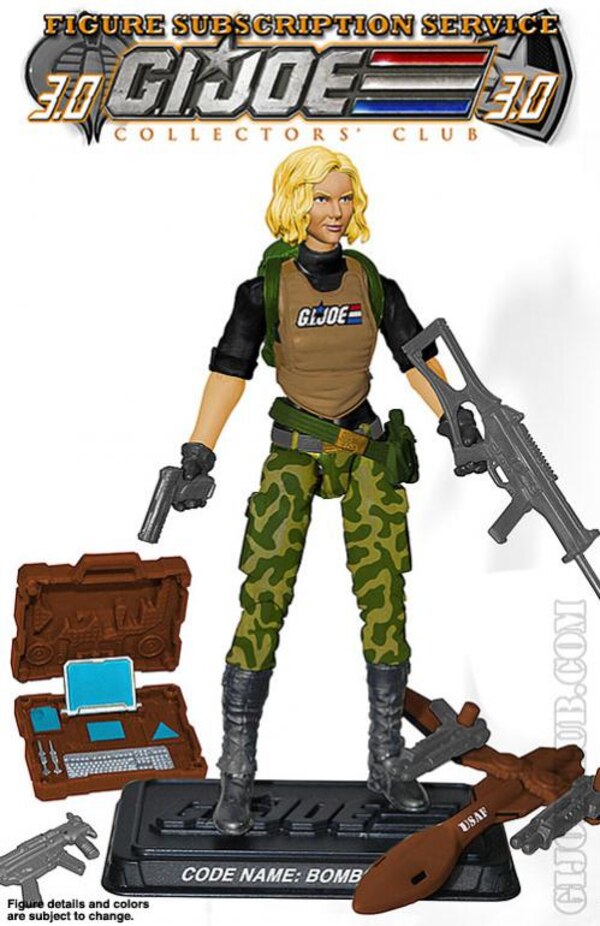 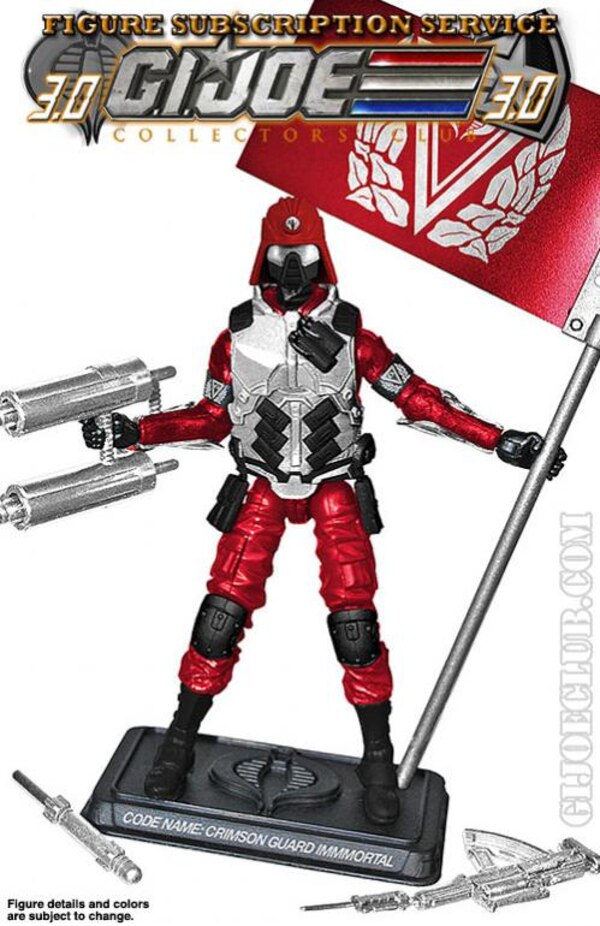 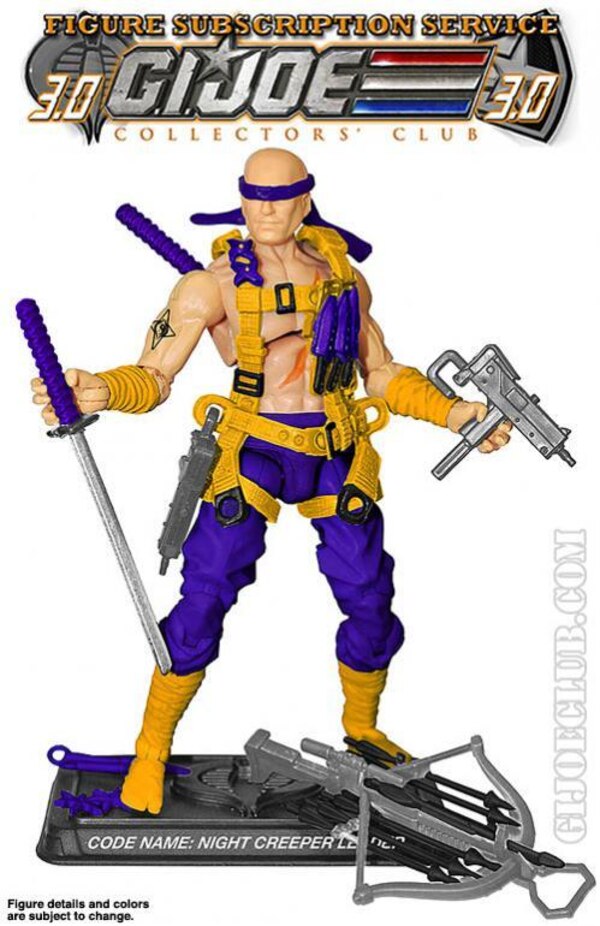 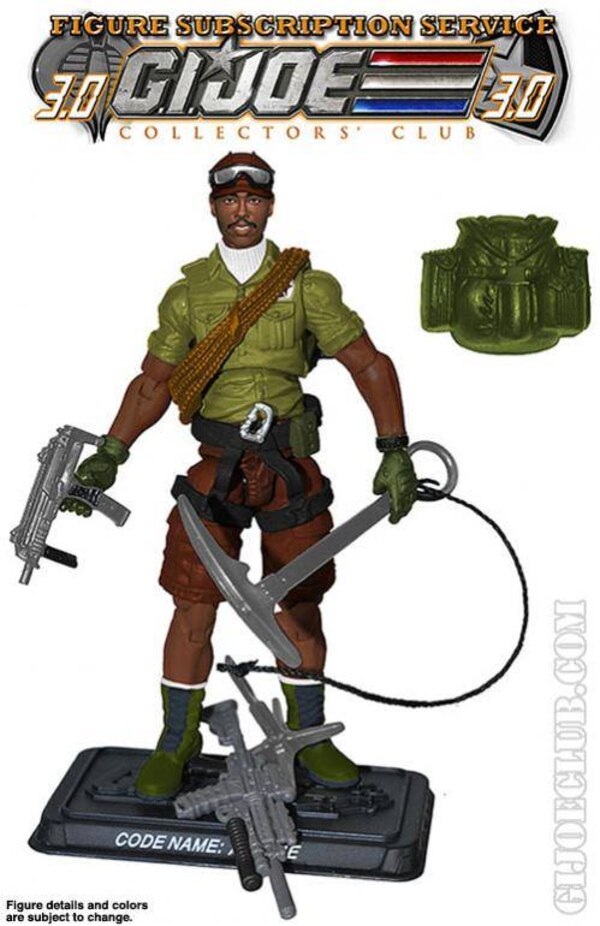 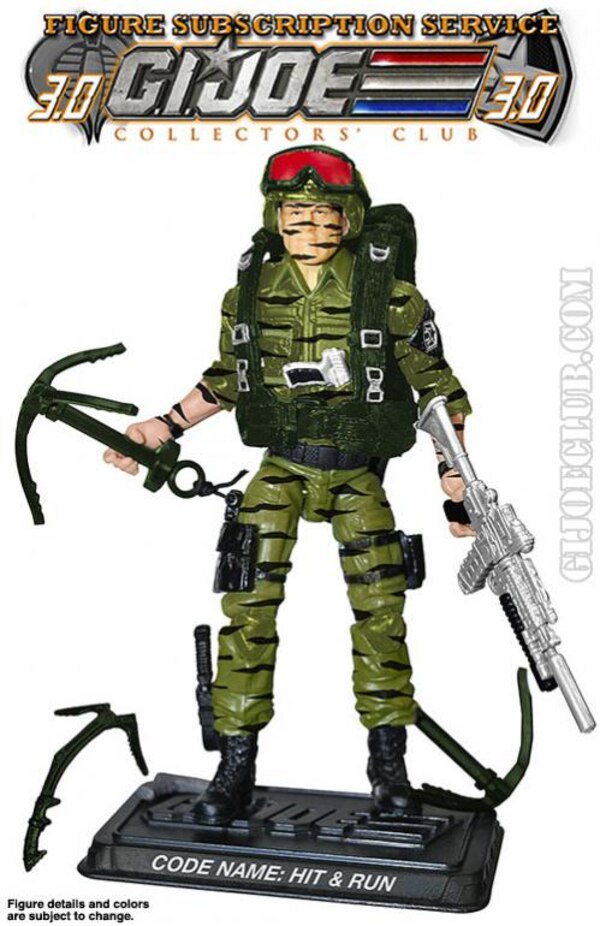 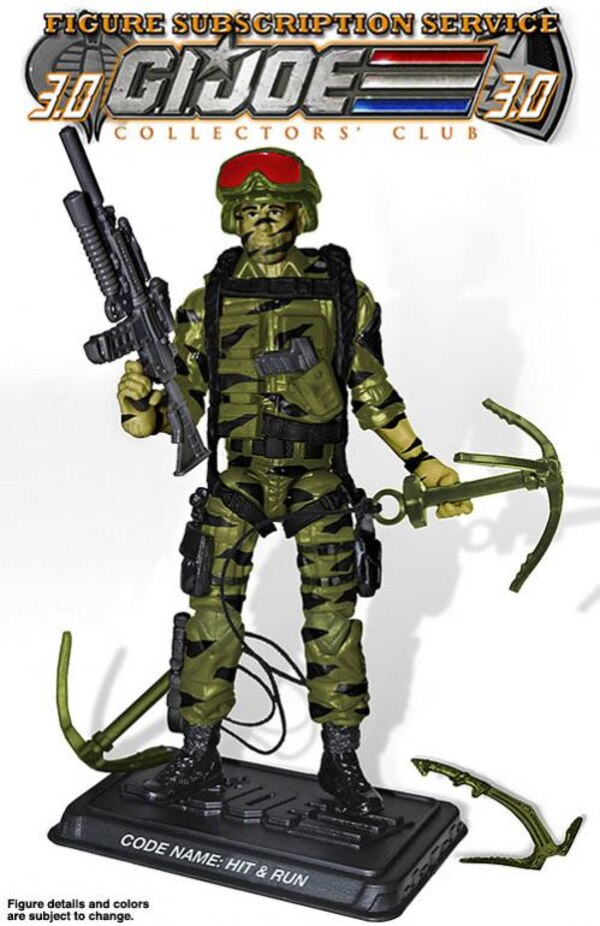 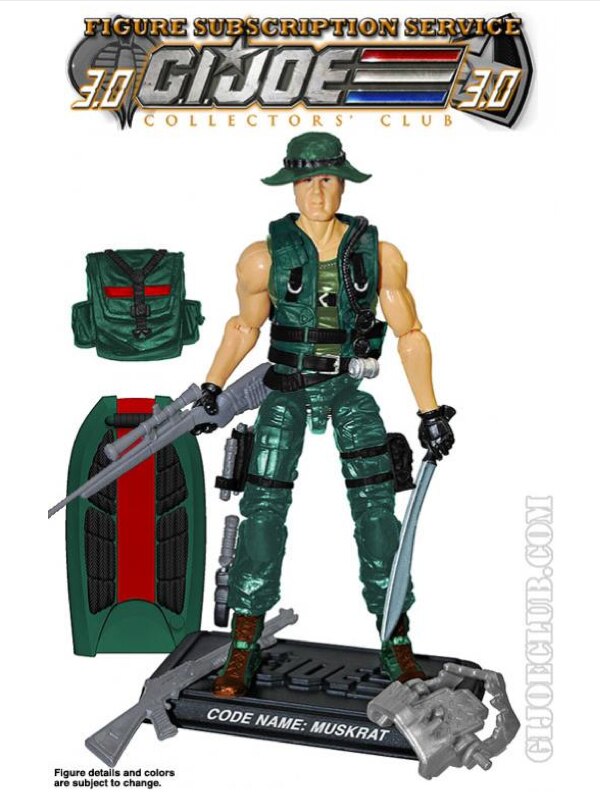 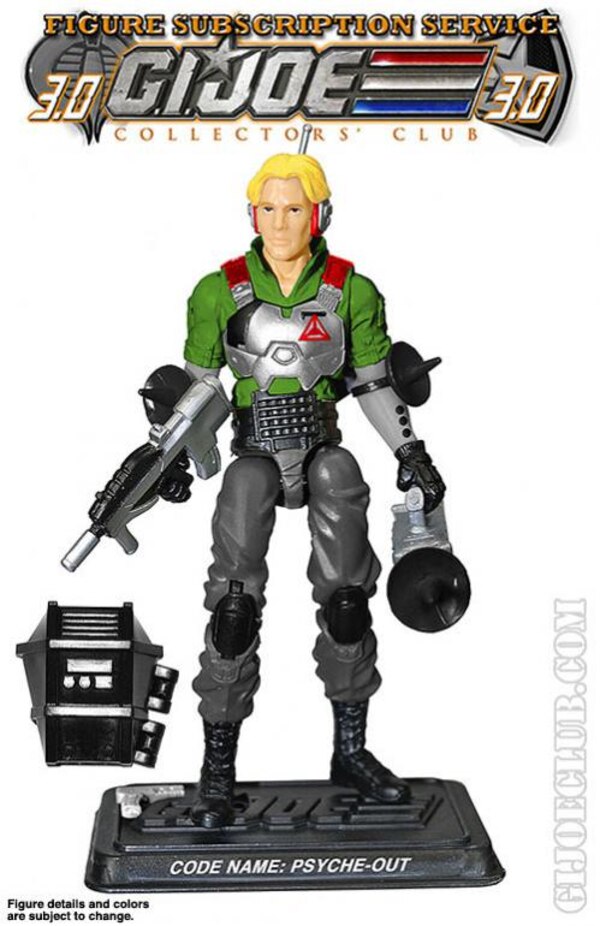 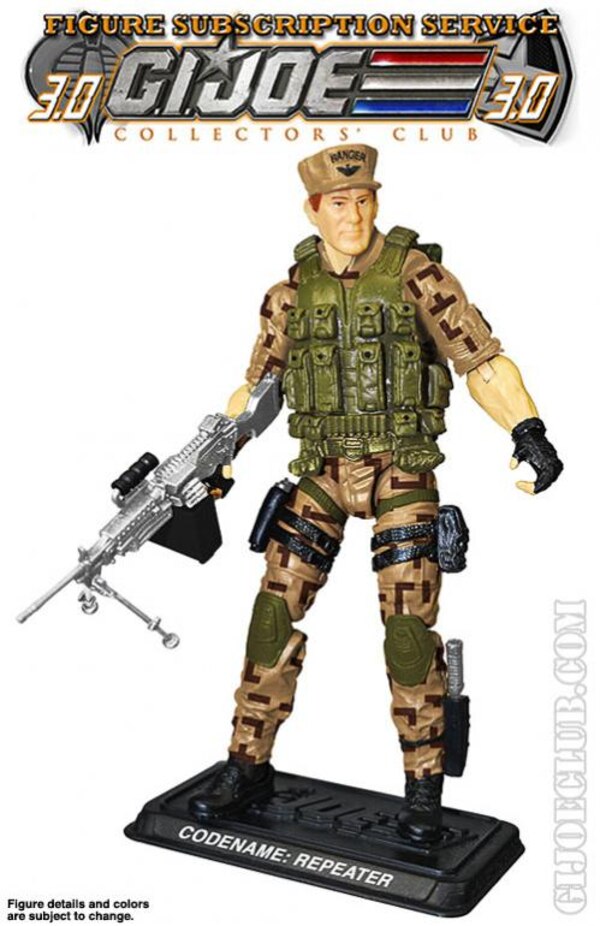 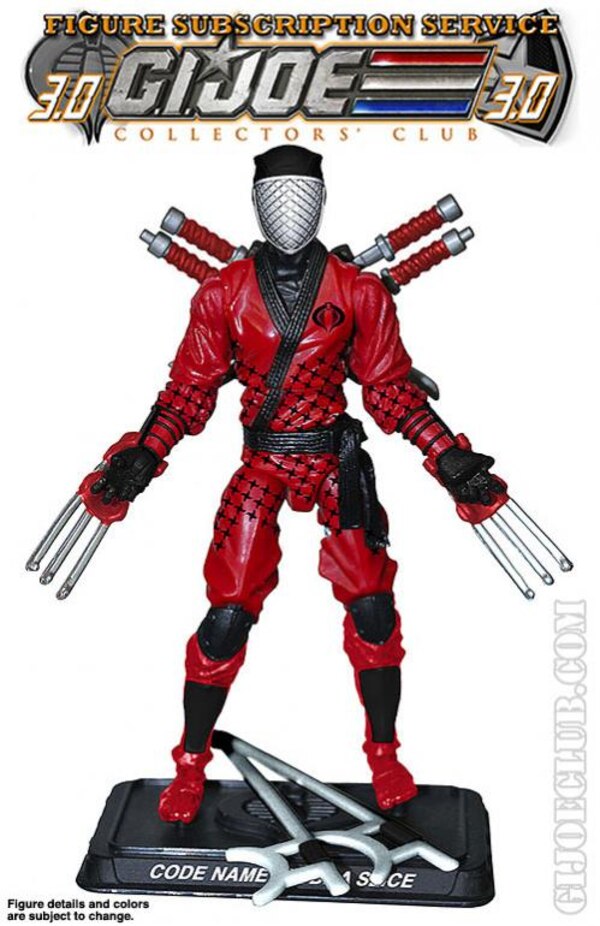 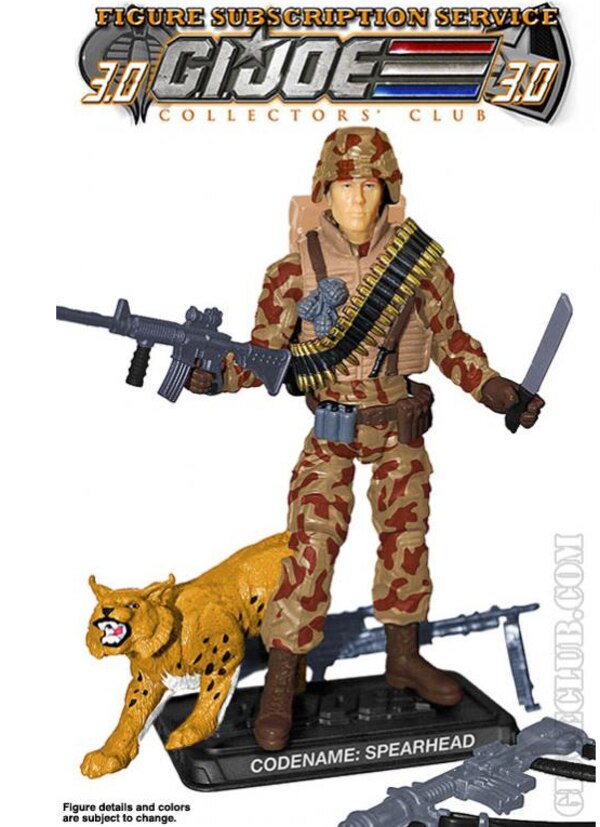 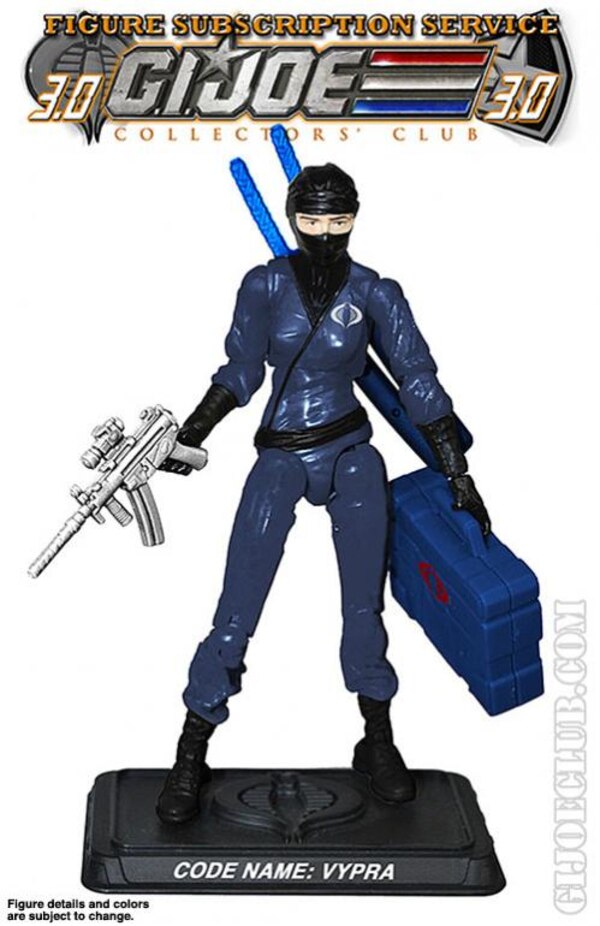 Hard copy of her head sculpt.

Well never looked at them that close I guess, but her head is going to be bad then imo. @loll@

I remember that with Tollbooth. The photo rendering of the head looked very creepy. I am sure the head sculpt will be a bit better. I am going to way till they are put up on the club website.

All the figures are photoshopped, lol. The head is most likely the figure with a 3D rendering of the head photoshopped onto the figure and then colored in photoshop. Every single figure they showed is photoshopped. They even said they were mock-ups at the cons when they first started doing this.

They head looks fake aka photoshopped to me.

Is it me or does her head look off somehow?

Agreed, I'm not sure what it is but I'm thinkin that there's just not enough nod to the old figure's head sculpt

Is it me or does her head look off somehow?

The Bombstrike from 200X is one of the few figures from that era that I still own. I think I like that one better.

Not what I expected at all (aside from the Scarlett torso), but I really like it.

Not sure how much I like the head sculpt but it is nice. I'll probably just customize my own though.