DC Comics
by Jay Cochran
March 28, 2012
Cartoon Network released a press release today from their Upfront presentation announcing new series as well as returning ones. DC fans have a new Batman animated series to look forward to called "Beware the Batman" as well as the return of both Young Justice and Green Lantern. Star Wars fans can look forward to the return of Clone Wars for another season as well. One show that seemed to be missing however was ThunderCats. The fact that the show was not listed does not bode well for it's future. We have requested official confirmation if the series has in fact been canceled or not and as soon as we get that word we will be sure to pass it on to you. For now though check out the press release with descriptions of all the new and returning shows we know about.

Press Release:
Celebrating its 20th Anniversary, along with double-digit growth and its #1 status with boys 6-11 on all of television, Cartoon Network announced today several new and returning series to its programming line-up.
Having its best first quarter with kids in prime in five years (up 28% vs. 2011) and showing the most gains compared to the competition in the kids space, the network’s afternoon Upfront presentation held at New York’s Roseland Ballroom paid tribute to the past and present with a full orchestra playing classic Cartoon Network television theme songs and live performances from the creative talent behind the hit animated comedy series Adventure Time and Regular Show.

Announcements included a new sketch comedy show from entertainer Nick Cannon; the world premiere of DreamWorks Dragons: The Series, based on the critically-acclaimed feature film, How to Train Your Dragon; an original series based on Web sensation, Annoying Orange; a brand new animated series from the global franchise powerhouse, Ben 10: Omniverse; and a new CG-animated series from Warner Bros. Animation, Beware The Batman. Also, on the heels of the hugely successful Ninjago launch in 2011—currently the #1 show across 1st Quarter 2012 with all boys—a new partnership with LEGO for a second series was announced by the network as it continues to build on its slate of diverse content.

“We are executing a brand vision and content strategy that is fueling tremendous results for Cartoon Network,” said Stuart Snyder, president and chief operating officer, Turner Broadcasting’s Animation, Young Adults and Kids Media (AYAKM). “Today, with a re-invented and thriving prime time, along with overall double-digit growth in total day, we are building the kind of momentum that is making this a great 20th anniversary.”

Ranking #1 in early evening prime time (7-9 p.m.) among boys 6-11 throughout 1st Quarter this year, Cartoon Network also announced new upcoming seasons of its original hit animated comedy series Adventure Time, Regular Show, The Amazing World of Gumball, MAD and The Looney Tunes Show. A 2nd season pick-up for the live-action comedy series Level Up, which debuted as the most watched live-action series in the network’s history, and a 5th season of Star Wars: The Clone Wars, also was announced.

Combined with top-performing acquisitions and specials, these programming anchors not only fueled 2011’s prime time performance as Cartoon Network’s most-watched in five years, they also set the stage for a record breaking first quarter in 2012. New seasons for more than a dozen additional series also will premiere across the 2012-13 programming timeframe.

“For 20 years, Cartoon Network has cultivated truly original voices from a diverse array of artists and producers, making us the great alternative to everything else out there,” said Rob Sorcher, chief content officer for Cartoon Network. “Cartoon Network Studios has grown to become the most supportive and creative environment for a new generation of creators.”

Cartoon Network also announced its ongoing commitment to its shorts program with ten original 7-minute shorts to be produced this year with a wholly dedicated production unit at Cartoon Network Studios. With production already underway on many of these projects, this continuing investment in diverse and unique talent has resulted in many of the network’s hit animated series.

Additionally, the network revealed that a third Cartoon Network Hall of Game Awards special has been slated for early 2013. The second annual telecast (Feb. 20, 2012), hosted by Shaquille O’Neal, ranked as the #1 program of the day among all boy demos, and out-performed the inaugural Hall of Game special by double and triple-digits—between 64% and 103%—across all kid and boy demos. Online voting for the celebrity sports awards also nearly tripled in participation, from 37 million votes in 2011 to more than 100 million votes in 2012.

“Cartoon Network enters into the upfront season with strong momentum and a programming foundation that is resonating with our audience, as well as advertisers,” said John O’Hara, executive vice president and general sales manager, Cartoon Network. “The ad sales team is committed to developing ideas that extend the reach of an advertiser’s message and connects their brands across multiple screens with an engaged audience. As brands look to deliver measurable return on their investment, we believe it’s a good time to reassess plans and for advertisers to strategically increase their media budgets with Cartoon Network.”

Building off of the success of CartoonNetwork.com ranking as the #1 domain in the kids category among kids 6-11*, the network announced that its next big foray into on-line gaming would be the global roll-out of Formula Cartoon, a huge on-line racing game which will let players race against their friends or favorite Cartoon Network characters.

Further details of Cartoon Network’s programming announcements include the following:

Annoying Orange: Boasting more than 1 billion YouTube online views to date, Annoying Orange is the Web sensation transformed into a new television series that follows Orange and his buddies as they go on a wide range of adventures that take them from the fruit stand to parts unknown and everything in between. The television series was developed and will be produced by The Collective. Dane Boedigheimer co-created the television series with Tom Sheppard (Emmy Award-winning writer for Pinky and the Brain). Conrad Vernon (director of Madagascar 3 and Monsters vs. Aliens) will serve as executive producer for the series along with Gary Binkow and Dan Weinstein of The Collective. The series will premiere on Cartoon Network this summer.

DreamWorks Dragons: The Series: Picking up where the critically-acclaimed feature film, How to Train Your Dragon, left off, this weekly animated series follows the continuing adventures of Hiccup and his dragon Toothless on the island of Berk, along with the band of dragon trainers, all of whom now have dragons of their own!

Through their training, the kids are finding out the cool things dragons can do. Not only will they learn more about their dragons, they’ll also discover new ones and battle against enemies as they explore worlds they never dreamed existed. In addition, the talented cast from the feature film—Jay Baruchel (Hiccup), America Ferrera (Astrid), Christopher Mitz-Plasse (Fishlegs) and T.J. Miller (Tuffnut)—will lend their voices to the series, which is produced by DreamWorks Animation and premieres this fall.

New LEGO Project: Following the instant ratings success of the CG-animated Ninjago, LEGO and Cartoon Network plan to expand their partnership with an all-new series from LEGO for 2013.

Ben 10: Omniverse: In the brand-new animated series, Ben 10: Omniverse, Ben will have a new character design that pays homage to his past, and he’ll have a whole new batch of aliens to battle. Beating the bad guys is just part of the superhero gig. With a little help from his new, by-the-book rookie partner, Ben explores the quirkier side of things in the alien underground and discovers enemies from his past looking for a re-match, all while a mysterious hunter is hot on his trail! With 10 new aliens at his disposal and a brand new lease on life, Ben 10 is back and more fun than ever! Matt Youngberg is supervising producer for the series, which will premiere on Cartoon Network this fall.

Ben 10 is Cartoon Network’s most successful original global franchise. Since the premiere of the original Ben 10 series, created by Man of Action Studios, in 2006, the franchise has spawned four animated series, one animated movie, two live-action movies, a CG movie, a feature film currently in development, a widely-popular consumer products line and has captured the imaginations of viewers on a worldwide scale. 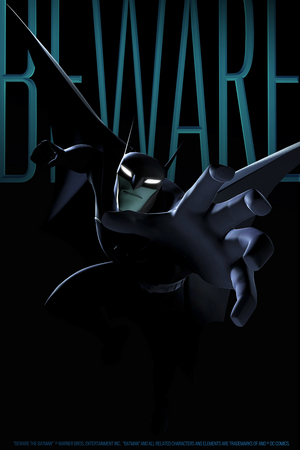 Beware the Batman: A cool, new take on the classic Dark Knight franchise, Beware the Batman incorporates Batman’s core characters with a rogues gallery of new villains not previously seen in animated form. Along with backup from ex-secret agent Alfred and lethal swordstress Katana, the Dark Knight faces the twisted machinations of Gotham City’s criminal underworld led by the likes of Anarky, Professor Pyg, Mister Toad and Magpie. Produced by Warner Bros. Animation, this action-packed detective thriller deftly redefines what we have come to know as a “Batman show.” Featuring cutting-edge CGI visuals to match the intricate twists and turns of the narrative, Batman steps out of the shadows and into the spotlight for an entirely new generation of fans. With WBA’s Sam Register executive producing, and Batman Beyond’s Glen Murakami and Scooby-Doo! Mystery Incorporated’s Mitch Watson producing, Beware the Batman, based on characters from DC Comics, is coming soon to Cartoon Network!

Total Drama: Revenge of the Island: It’s back to the island where Total Drama began with an all-new cast! Since the series’ host Chris took the show worldwide, Camp Wawanakwa has been abandoned and turned into a toxic nuclear waste dump—the perfect place for new and painful, cringe-inducing challenges! Fighting for the million dollar prize are thirteen wild new players. Total Drama: Revenge of the Island is produced by Fresh TV and will premiere on Cartoon Network this summer.

Cartoon Network Hall of Game Awards: Hall of Game is Cartoon Network’s signature venture into the broadcast awards arena, created and produced in association with IMG Media, the production arm of global sports, entertainment and media company, IMG. This high-energy, multi-platform experience lets viewers decide who’s got game, by honoring their favorite sports stars and sports moments of the year. From the red carpet, to the never-before-seen stunts and surprises on stage, this unconventional celebration in 2013 will be led by a celebrity host and feature icons from television, film, music and sports, as kids experience an evening of humor and fun at the most raucous and biggest sports awards show ever presented on television. 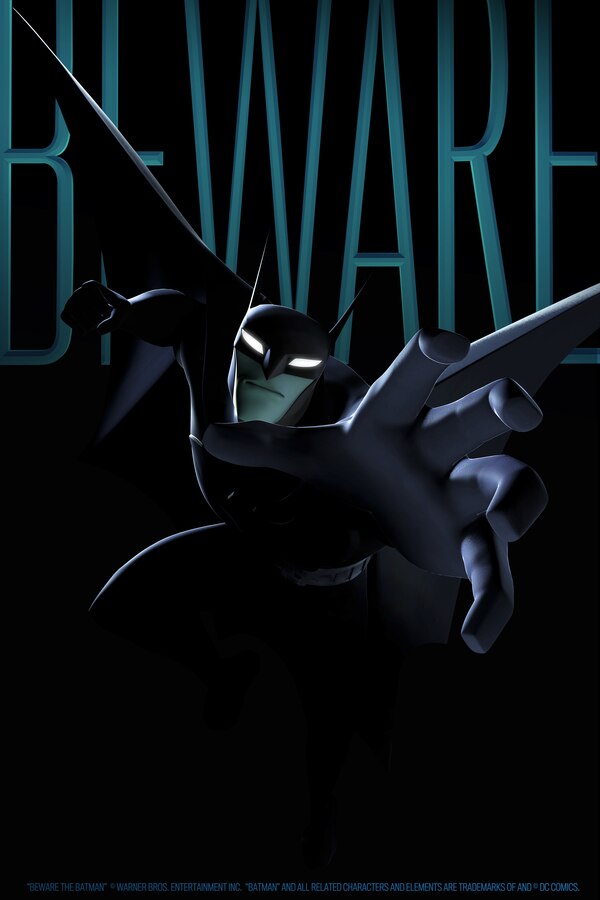