TMNT
by Jay Cochran
March 10, 2008
NECA’s 2008 convention season kicks off with the 3rd annual New York Comic Con April 18 – 20th 2008! This year, NECA has a very special exclusive, and a very special guest. Peter Laird, co-creator of the Teenage Mutant Ninja Turtles, will be appearing at the NECA booth on Saturday, April 19th, from 1PM-3PM, signing a New York Comic Con Exclusive Edition Teenage Mutant Ninja Turtles Box Set. This set contains all four Ninja Turtle action figures, plus additional accessories and diorama bases. This exclusive, limited to just 500 pieces, will be the only version of the box set to contain all the additional accessories from the single-carded Teenage Mutant Ninja Turtles Series 1 - in stores this May. The Exclusive Edition box set will cost $50 and is limited to one per guest. Purchase details will be revealed in the coming weeks.
Image 1 of 5 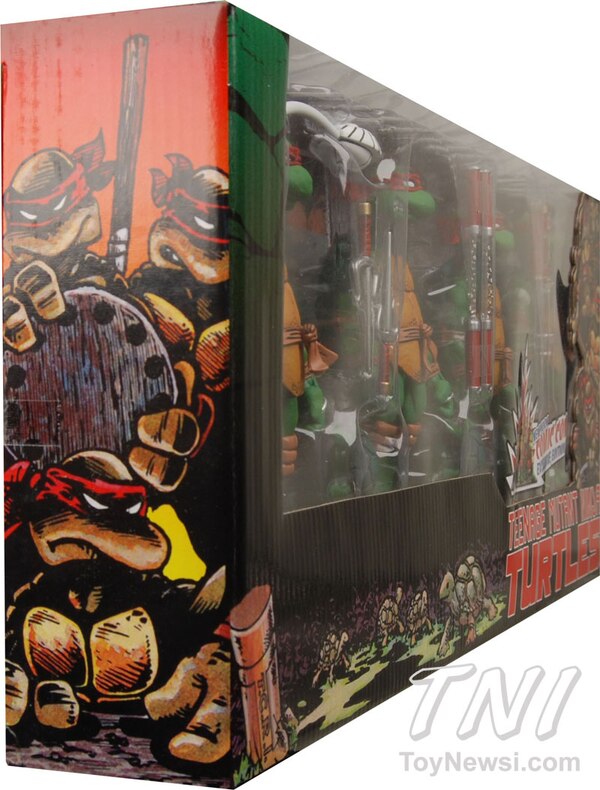 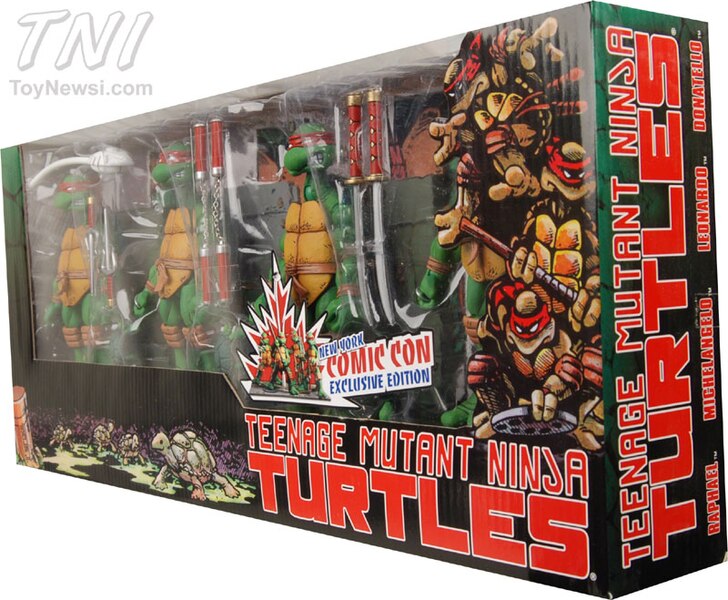 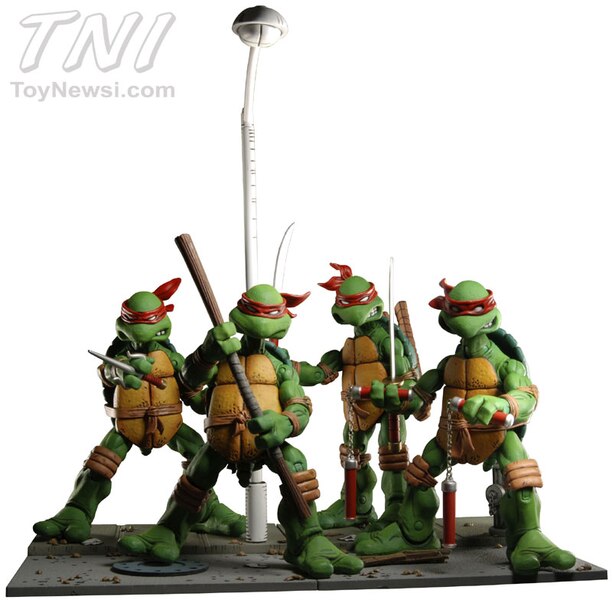