TMNT
by Jay Cochran
February 13, 2015
Fresh off a wildly successful 2014 in which the Teenage Mutant Ninja Turtles action figures were ranked the #1 selling toy according to the NPD Group, Playmates Toys, the company behind the popular toy line, is thrilled to reveal its all-new 2015 offerings during North American International Toy Fair. Inspired by season 4 of Nickelodeon's hit TV series, Playmates Toys will introduce its biggest extension to date in the line called Mutations, extensions to the successful Half Shell Heroes preschool line and a new die-cast segment called T-Machines; in addition to new action figures, vehicles, role play and playsets. The new Turtles lineup will be on display from February 14-17, 2015 in booth #761.

"As the Turtles continue to be one of the hottest brands, we're excited to introduce toy segments that bring all-new levels of play to the Turtles world," said Karl Aaronian, Senior Vice President of Marketing, Playmates Toys. "For example, kids will now be able to recreate the Turtles' mutation, transform an action figure into a playset, or roll through the sewers and streets with the new die-cast vehicle collection."

"After five years of an incredible partnership, we are excited to be working with Playmates Toys on what is now the most sought-after toy property, the Teenage Mutant Ninja Turtles," said Manuel Torres, Senior Vice President, Global Toys and Publishing, Nickelodeon Consumer Products. "The new toy segments we're launching will elevate the Turtles' popularity even more to fans around the world."

Highlights of the 2015 Teenage Mutant Ninja Turtles line from Playmates Toys include the following:

With Mix & Match Mutations, kids can find out how it looks if the Turtles had Metalhead's power, Shredder's armor, Tiger Claw's stripes and Splinter's quick reaction hands. Kids can mix and match the heads, arms, legs and torsos of the fully articulated 4.5" tall action figures to create hundreds of different mutations.

A 24" Leonardo ninja turtle transforms into a complete Sewer Lair Playset with the 24" Leonardo Turtle to Playset (See below). This set provides hours of Ninja fun with nine different rooms and over 30 features including spring activated surprises, false floors and so much more.

The Turtles can easily transform to different modes with the new assortment of Mutations vehicles. They can transform from fight to flight mode, tearing up the terrain or speeding through the skies with the Quad Rotor, which transforms from a motorcycle to a quad copter and includes exclusive Cloud Cruisin' Leo figure and with the Tri-Flyer, which transforms from an AT-3 to a jet and includes exclusive Jet Jammin' Raph. Additionally, the Turtle Turbo Charger allows kids to transform the Turtles from speed mode into battle mode. The vehicle features spring-fired mutant missiles and the hood can be lifted for battle mode.

T-Machines Segment
T-Machines is an all-new collection of die-cast vehicles and playsets, providing a unique play environment for kids. The fast-rolling vehicles feature a die-cast chassis, flashy rims and an action-posed, non-removable figure driving each vehicle. The 1/50 scale vehicles are available in an assortment of single-packs, as well as 2 and 4-pack vehicle sets. Also included in the world of T-Machines is the Shell Launcher, which gives a powerful boost to all of kids' T-Machines vehicles.

Additional vehicles in the collection include the T-Machines Sound Vehicles, which allow kids to hear the engines roar, tires squeal and their favorite Ninja Turtles scream out battle cries. Each 1/50 scale vehicle plays 10-15 different sound effects. Featuring over 30 phrases and sound effects, kids can let the party begin with another vehicle, Leo's Audio Tuner Party Van. Kids can push the 1/24 scale Party Van to hear Leo speak at different speeds and volumes, adjusting to how fast or slow the vehicle is pushed. For even more fun, kids can continually push Leo back and forth to listen as he audio tunes his words!

Rounding out the line is a variety of playsets, including the Sewer Gas Station, Garage & Lair, Turtles' Revenge and Race to the Sewer playsets. Compatible with all the T-Machines vehicles, the playsets include tunnels, lifts and other features for kids to roll and battle their vehicles. They can also be snapped together to create a bigger T-Machines play environment.

Extensions to the line include the introduction of new 2.5" action figure characters including Baxter Fly, Slash and Tiger Claw, as well as an assortment of new vehicles that each come with a 2.5" action figure. The line also features toys that bring fun to the tub, including Bath Tub Squirters and Bath Tub Vehicles. Young Turtle fans can even become their favorite Ninja Turtle with the new Soft Foam Electronic Talking Role Play sets and the Soft Training Shell.

Be sure to check back to TNI this weekend for complete coverage of the Playmates Toys showroom from the New York Toy Fair.
Image 1 of 4 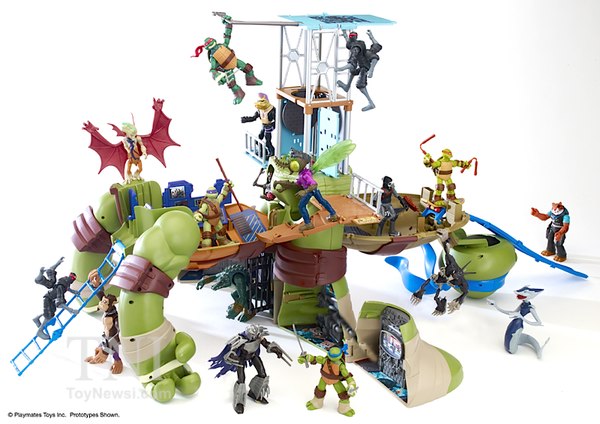 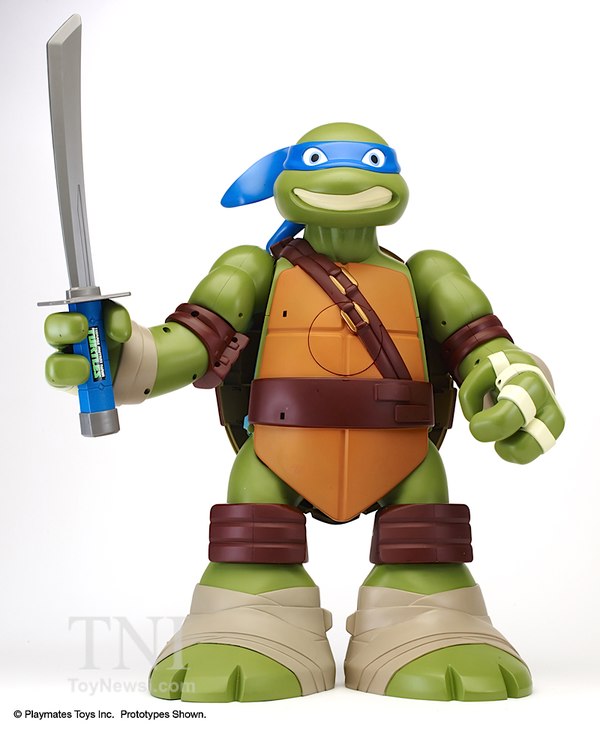 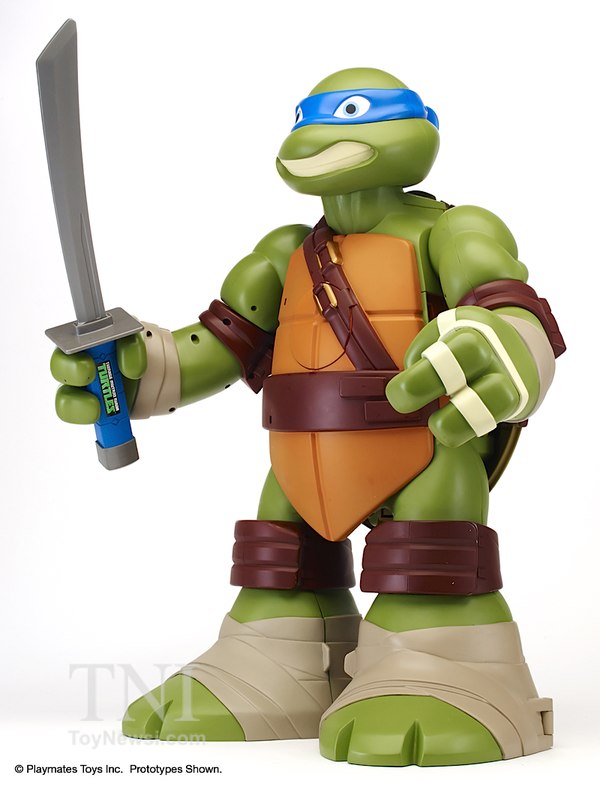 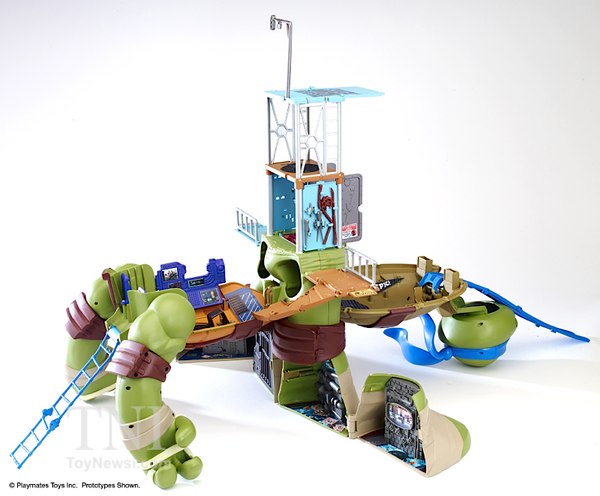