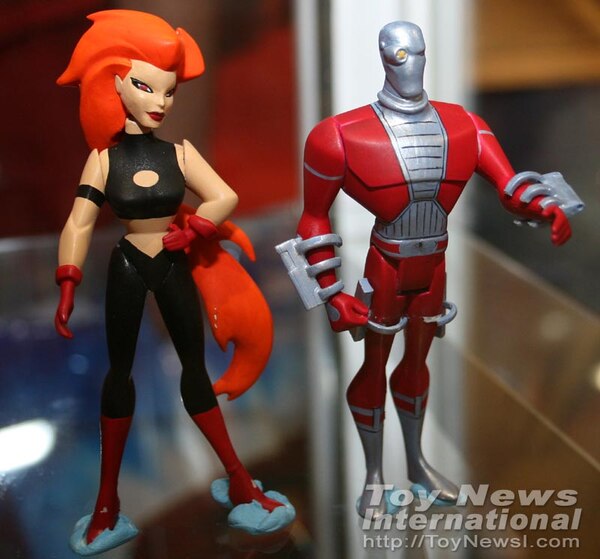 
Before getting into the super-hero lines, Mattel first gave a preview of their new anime line, Naruto. Several core characters are planned for the first wave including Naruto, Gaara, Kakashi and Sasuke.

Once that was out of the way, Mattel showed the audience what they were there to see - the DC Superhero lines. First they presented the Justice League Unlimited Solomn Grundy Comicon exclusive. This massive figure was simply too large to fit into any of the pre-existing packaging molds so a whole new package had to be designed.

The design is based on the Wake the Dead episode of Justice League Unlimited. The figure seems to be coming out of a green ooze filled sewer. The variant Grundy has a soft cloth jacket that is splattered with green streaks representing the chaos magic that gave him a rebirth. Pulling a string on the back of the package causes the box to shake. The Grundy himself looms a head and a half taller than the other figures and cuts quite an imposing presence.

Doomsday has presented a similar challenge as Grundy to distribution for the team at Mattel. The way they have resolved fitting in such a larger figure has been to create a six-pack that will be available at Target in October. Along with Doomsday are Superman, Wonder Woman, Batman, Bizarro.

2007 will feature new packing for the line. Some of the upcoming figures are a new Green Lantern three pack, including Kyle Raynor, Kilowag and Tomar-Re Lantern. Also offered will be the Justice Lords versions of the Flash, Green Lantern and Martian Manhunter. Vigilante, Etrigan, Ray, and Shayera Hall in her non-armor Hawkgirl outfit that she wore following the Thanagarian invasion. Other figures that will be hitting retail are the Huntress, Flash, Shade, Dr. Light, Lightray, Star Spangled Kid, Deadshot, Batman, Zantana, Parasite and Volcana.

The 10 inch line will continue starting in March. The first three figures are redeco'd Justice Lords: Green Lantern, translucent Martian Manhunter, and the Flash. The second three are Wonder Woman, Aquaman and Hourman, each with cloth fabric capes.

The six inch line also features new packaging in 2007 which will include fold out dioramas. The Superman wave will be up first "and then probably at some point later in the year we will move on to Batman." Not exactly the resounding support for this line that I was looking forward to, but at least they didn’t just come and say the line was cancelled. Mattel did show a new Four Horsemen designed figure - Braniac, in his classic early 80s robot look. The presenters promised that Darkseid will be at least a little taller than Superman.

One very interesting piece of news is the upcoming two packs of the six inch characters. The first will have Superman and Clark Kent and the second will be Batman and Batgirl. One wave of the single packs will have repaints of Superman with a black background for his ‘S’ shield, Supergirl with a black skirt and Lex Luthor will a different paint deco.

Mattel will also be releasing highly articulated two ups of some of our favorite figures including Superman and Batman. They will be exclusive at Toys R Us and will retail for around $30. The figures will stand at around 12 to 14 inches tall. Mattel is producing these due to the demand of consumers at the shows asking for the two up display pieces.

Batman will also undergo a new re-packaging in 2007. The theme for the upcoming waves is Shadowtek. Some of the figures that will be in the line are Joker, Penguin, Batgirl and Metalhead. Toys R Us will continue to have exclusive multi-packs. One is a two pack of Batman and the Joker and another is a three pack with Batman, Clayface and Ventriliquist and his puppet Scarface.

And of course is wouldn't be DC without Superman. A new Man of Steel line will be starting in 2007. The first wave will include Superman, Metallo and Mongrel.

Another new line for 2007 is the Legion of Superheroes, featuring Superboy, based on an upcoming cartoon series. Figures will include Superboy, Timberwolf, Bouncing Boy, Lighting Lad, Saturn Girl, Braniac 5 and Phantom Girl. 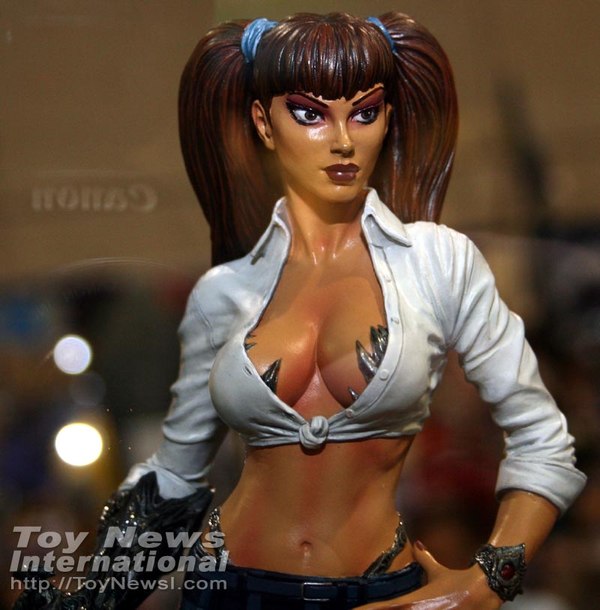 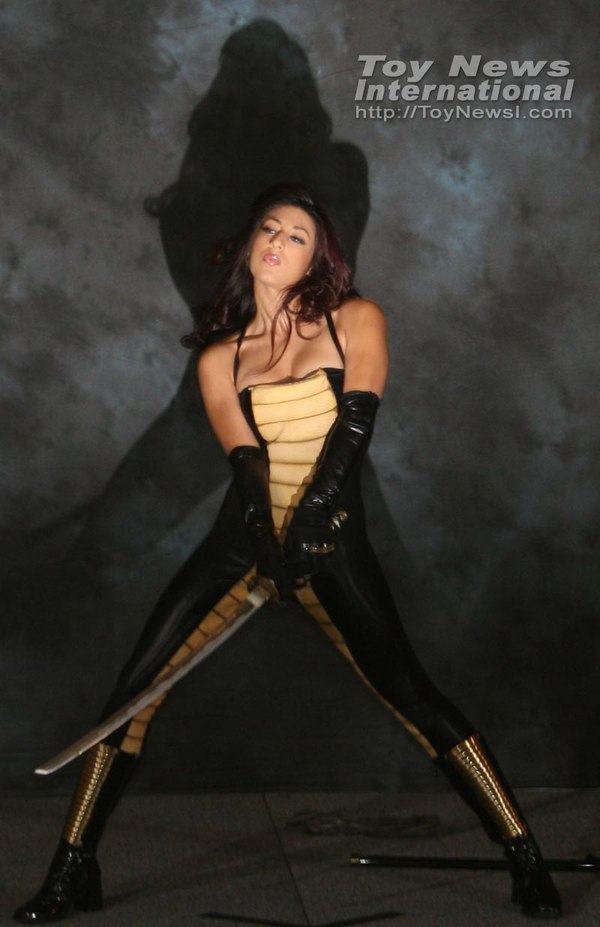