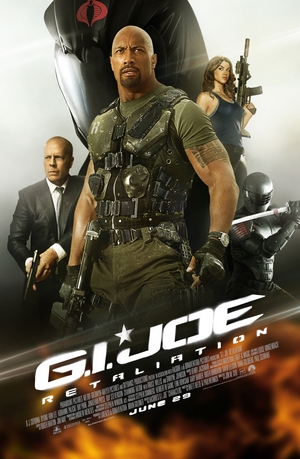 Unfortunately, this movie tries to pick up were the previous movie left off - bringing with it all the cluttered plot lines and poor G.I. Joe character portrayals. The movie starts off with Duke (Channing Tatum) now in command of the G.I. Joe team (with no sign or mention of General Hawk or any of the other Joe members from the previous movie other than Snake-Eyes (Ray Park)) and Roadblock (Dwayne Johnson) as his second in command. Meanwhile Cobra Commander and Destro are still in prison, and Zartan is running the country disguised as the President of the United States. If by chance you have not seen the first G.I Joe movie, then you might find yourself a little confused with who all these people are because they don’t go into any kind of detail explaining the events leading up to this point. If you have seen the first movie, then you’re probably wondering where most the characters in that movie disappeared to.

Soon after the movie begins, the Joes are sent on a special mission to retrieve stolen nukes only to be accused as traitors by the President-disguised Zartan (Jonathan Pryce) and wiped out. Well, except for Roadblock, Snake-Eyes who was off somewhere else at the time, and newly introduced Joe members Flint (D.J. Cotrona) and Lady Jaye (Adrianne Palicki). They later are joined by G.I. Joe founder, retired General Joe Colton (Bruce Willis) and ninja-in-training Jinx (Elodie Yung) who now must figure out why their own country has betrayed them and stop the latest Cobra plot all at the same time.

The movie has some nice action scenes in it like a ninja cliffside battle involving Snake-Eyes and Jinx, and some good humorous moments are sprinkled throughout the story. But the movie also suffers from some serious plot holes and some serious stretching of reality as it tries to bridge the gap from the first movie to this one. I think they probably didn’t want to completely write-off the first movie, because they didn’t want to lose the whole Zartan as President angle. Honestly, I think it would have been a better movie had they just started over. I also think from a purely G.I. Joe standpoint, this movie suffers from many of the same problems as the first movie. These characters are nothing like the characters portrayed in past G.I. Joe incarnations. Using the same character names creates expectations of long-time Joe fans. Case in point, Flint basically is portrayed as a cocky newbie type character whereas Roadblock is the seasoned leader. The relationship between Duke and Roadblock in the beginning of the movie seemed rushed and even a bit forced at times, though there were some of the aforementioned comedic scenes in these moments of the movie. My wife who went to see the movie with me seemed to enjoy these scenes more than I did.

I will say they did an overall better job of portraying Cobra in this movie than the previous one. Cobra Commander, although still the Rex character from the previous movie, is much more Cobra Commander-like. Firefly is a pretty badass mercenary, though the actual use of robot fireflies as weapons was a little corny. They also seemed to take more elements from the Larry Hama written Joe comics for the Snake-Eyes/Storm Shadow (Byung-hun Lee) storyline, although this also came off a bit rushed in the movie. If you aren’t familiar with the comics, you might not really get a full understanding of certain character’s motivations.

Also it seems like quite a bit of time has passed since the first movie, although there is no real timeline established to know for sure. One has to wonder who was running Cobra all this time while Cobra Commander was in prison. Whoever it was, they seem to have done a pretty good job because the Cobra army and arsenal seems to have grown immensely since the first movie and you have to wonder who created the new deadly weapon Cobra uses. One of the things I really liked was the Cobra Helicopter that Cobra Commander flies around in during the movie. It was very Cobra-like and something I hope Hasbro makes a toy out of soon.

In the end if you go into this movie with expectations of just seeing a good action film starring The Rock and Bruce Willis and set aside any kind of G.I. Joe expectations, then I think you have a shot at enjoying this one.

If you’re looking for a movie with a well-defined plot or one that fleshes out these Joe characters like we have come to know them in previous incarnations, then I think you may be a bit disappointed. It’s definitely an improvement over the last movie, but let’s be honest - that really isn’t saying a whole lot. I was originally only going to give the movie a C, but my wife suggested it deserved a C+ for some good action sequences and humorous moments so I will go with her recommendation and say this is a decent action movie but not a great G.I. Joe movie. 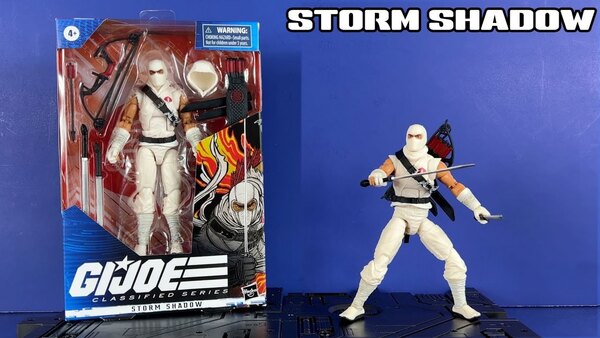 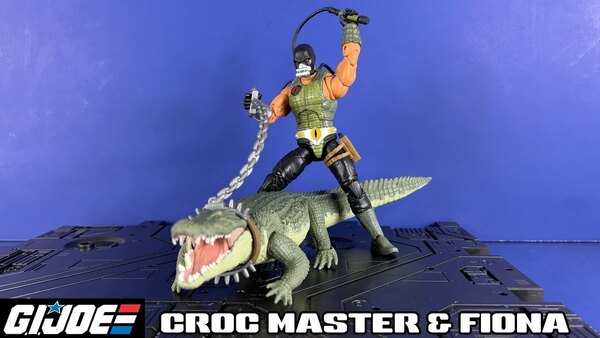