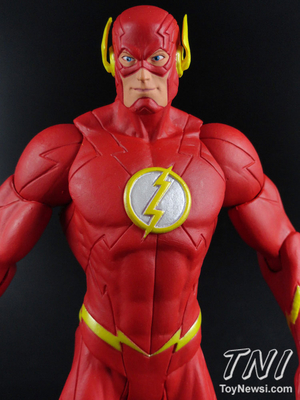 With the rebranding of DC Direct into DC Collectibles, they've been focusing a lot of action figure related energy on figures based on the New 52 Justice League, based on Jim Lee's art style. The latest release in their lineup for Justice Leauge is the the Flash. Here I'll be taking a closer look at the scarlet speedster, and let you know if he's worth your money, or if DC Collectibles is just trying to pull a fast one on you. I apologize for that pun.

PACKAGING - While in the past, DC Direct packaging would be a bit flashier, the new DC Collectibles packaging is very minimalist. Luckily, I'm actually a big fan of "less is more", and I actually kind of dig the minimalist style. It's mostly a white box with "Justice League" at the top, and half the figure covered up the peeled back DC logo, revealing the Flash underneath. The "peeled back" portion of the package has been colored red, no doubt to color coordinate with the Flash. The back has a small image of the figure within, with a very very short bio, and pictures of other figures either released or coming soon in the line. 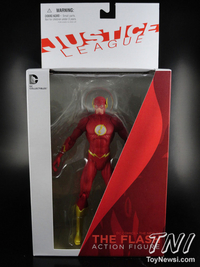 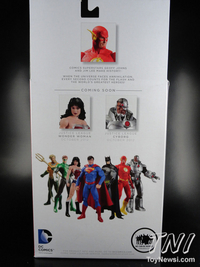 Now, while I do actually like the packaging here, I hope that this isn't used for every figure in every line DC Collectibles plans to release. I know the Arkham City figures have their own style, carried over from the Arkham Asylum line, but I'm hoping that this strictly minimal style is just for the Justice League line, and other lines might have different styles to help visually set them apart. 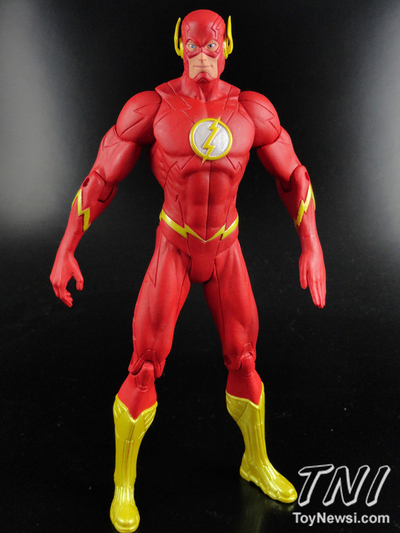 SCULPT - He stands at 7" tall, and is a good representation of the New 52 costume, and of Jim Lee's art style. He's very lean (as he should be), and his arms and legs are a bit long, but it's understandable given that it's based on Jim Lee's art. I really like the raised insignia on the chest, and the lightning bolt panel lines in the costume. They don't particularly serve much of a purpose, but it helps break up all that red just a little bit, and makes the costume look like something more than just spandex. The head is very nice too, and has what I think is the perfect facial expression for the Flash. He has a slight smirk, which is perfect for a number of poses, whether it be neutral, running, or even fighting. He's always making light of a situation, so the expression does not limit your display options at all. His hands might though. His left hand is sculpted with all the fingers pointed out, perfect to place in front of him for a running pose, but not much else.

PAINT - The paint job is very smooth and clean. No overspray or messy areas as far as I can tell. The white on his insignia has silver on it that helps it stand out, and the boots have a slight metallic look that's very nice as well. I feel the figure could really benefit from some kind of wash or other kind of shading to really help highlight the sculpt. It would also help visually break up all the red. 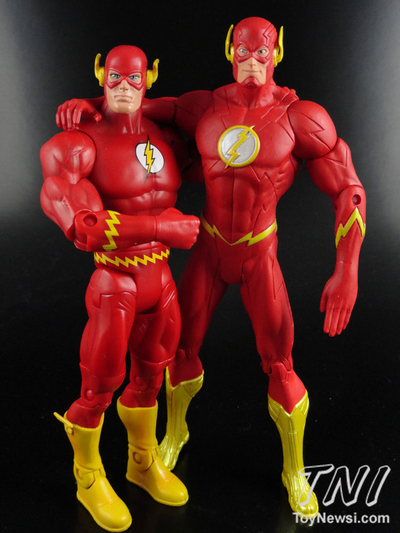 ARTICULATION - He has a ball jointed neck, ball jointed shoulders, bicep swivels, single elbows, cut hips, and single knees. Articulation junkies will be sorely disappointed by the figure in this aspect. He doesn't have a lot of poseability, and what he does have is somewhat restricted. You can't put his arms completely down at his side, and at times the shoulder joints are hard to move in general. With some creativity, you can get some great poses out of him, but your options are certainly limited. Since he's a runner, that helps and you can get him into a fantastic running pose. If you want him to turn his waist, or have a wide stance for a battle pose, you're out of luck. 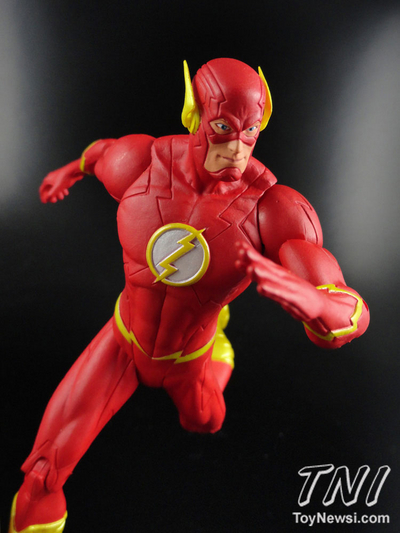 ACCESSORIES - Absolutely no accessories for Flash. I can't imagine what he could come with anyway, but having something might help the sting of the price most comic shops are asking for him.

FUN - He's honestly not incredibly fun. That is largely due to the lack of articulation. Articulation isn't a deal breaker for me, but it no doubt adds a lot of fun to the figure if you can pose him several different ways. And if you were thinking of posing him alongside any Mattel figures, like their recent New 52 Batman and Superman figures, you might want to reconsider. Being on a larger scale, he towers over them. He does look great with other DC Collectibles figures though, and you can have a lot of fun displaying or posing him interacting with them. 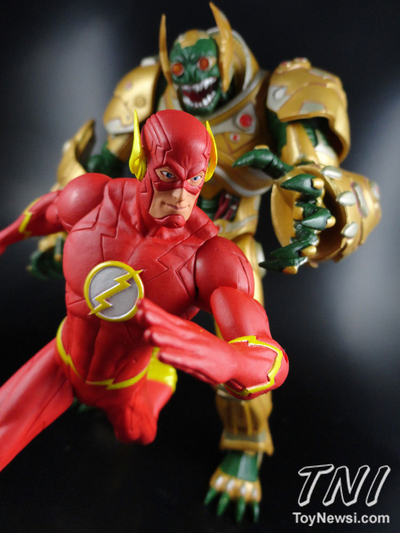 QUALITY CONTROL - No problems with Flash.

OVERALL - While not being very articulated, the sculpt is a great representation of the Flash from the New 52 Justice League comic. Die hard fans of DC Collectibles likely care little for the lack of poseability, and if you're just worried about the sculpt looking good, then you have no problems here. I think despite the lack of articulation, this is still a very well made figure. All the joints are tight and everything is held together nicely. Opinions regarding the New 52 costumes are polarized amongst fans, so if you don't like the new look in the comics, you most likely won't care for this figure. If you can get past the price (most places are charging $20-$25), and if you're a fan of the Flash and New 52, and don't care about articulation, you may consider picking this one up. But I personally recommend just waiting for the Mattel release of the New 52 Flash. 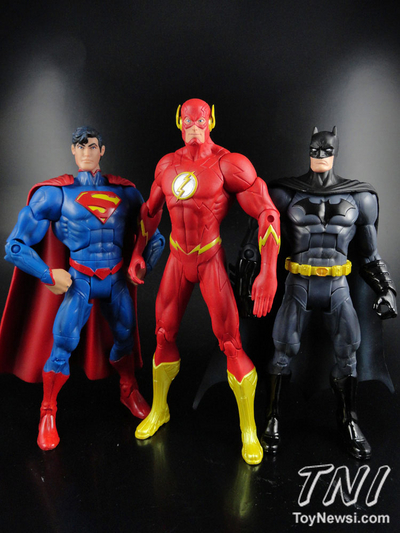 Check out hi-res images below in our GALLERY.
Image 1 of 10 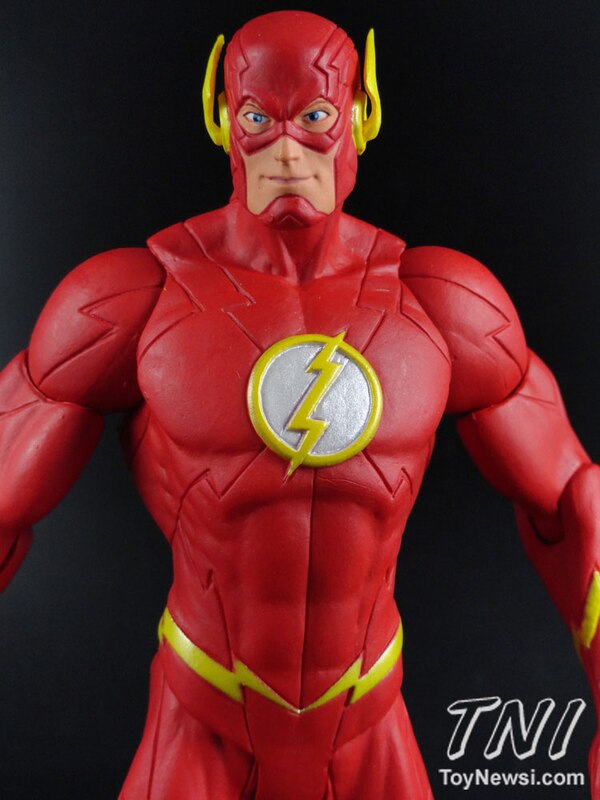 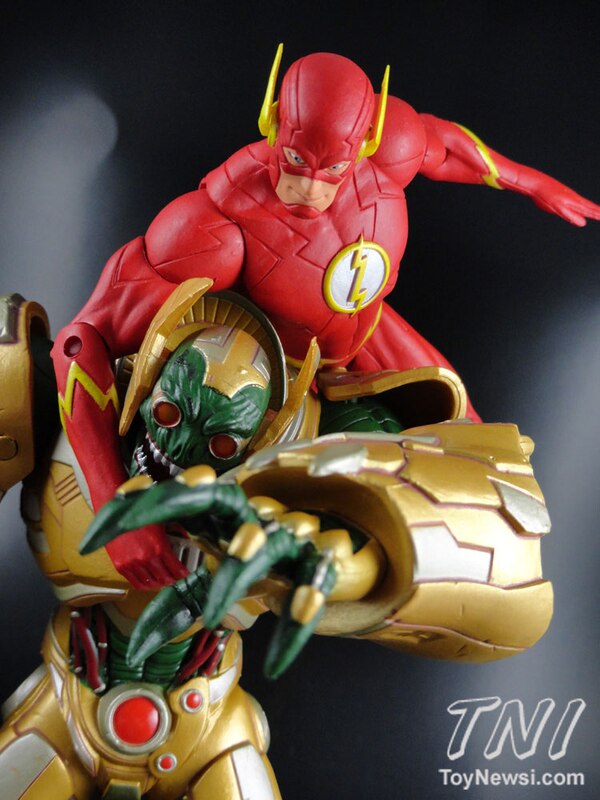 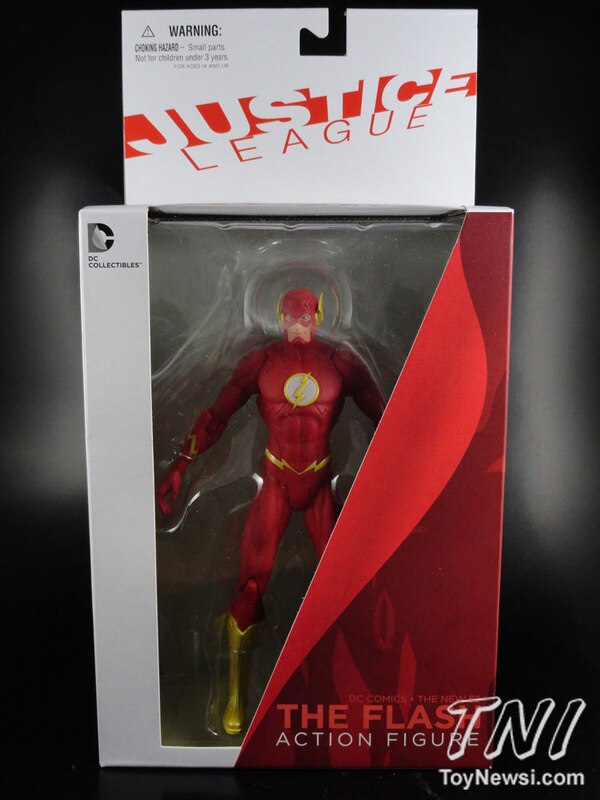 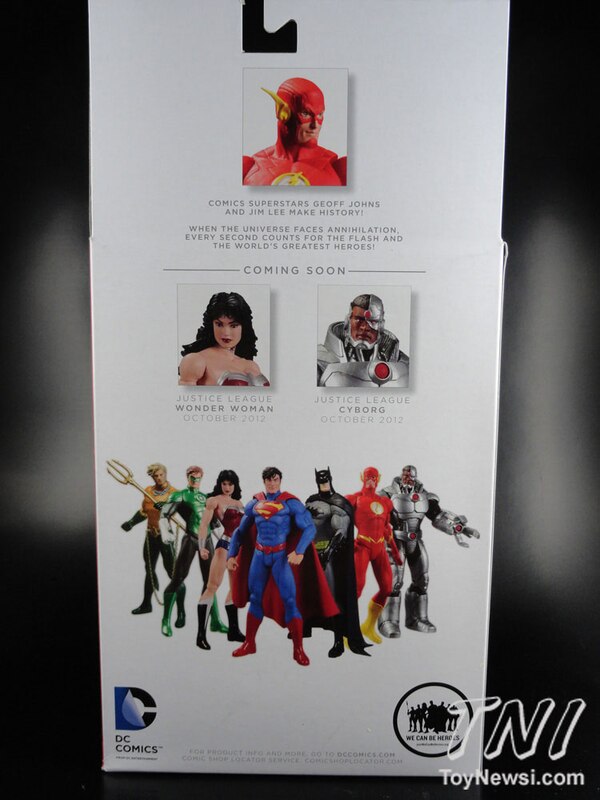 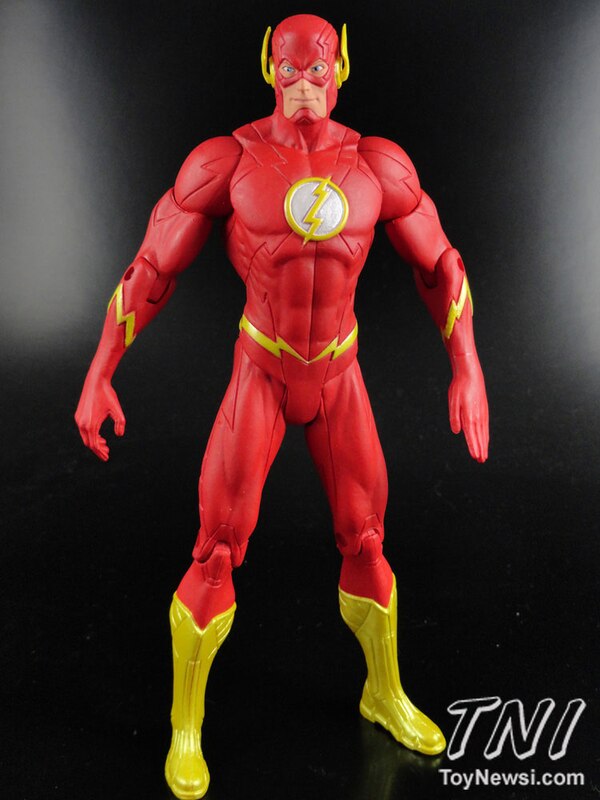 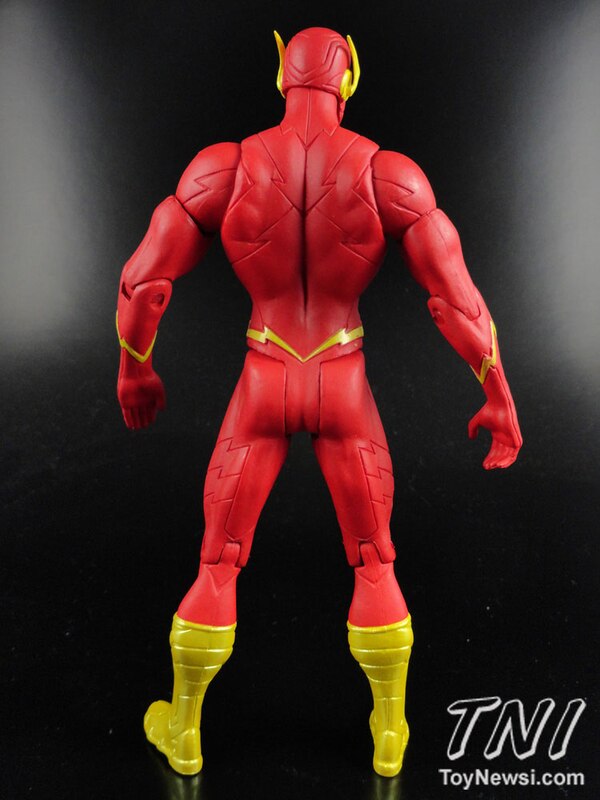 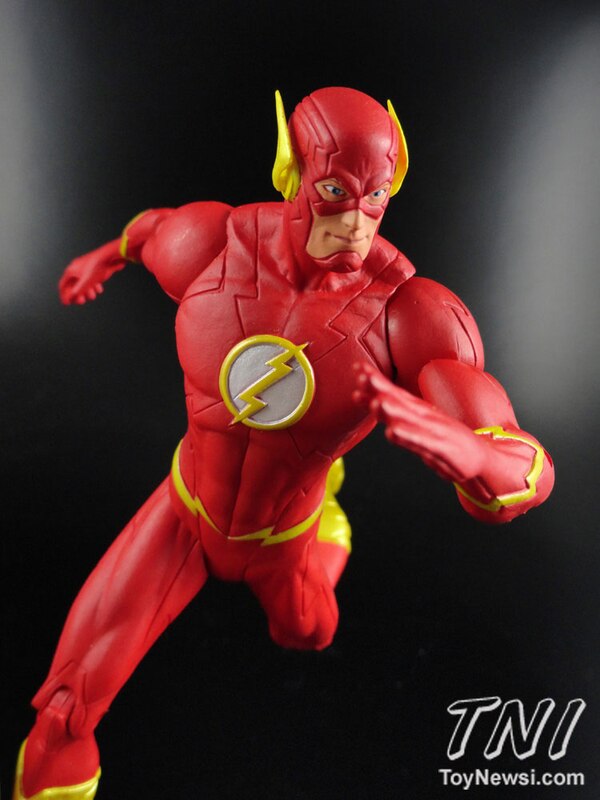 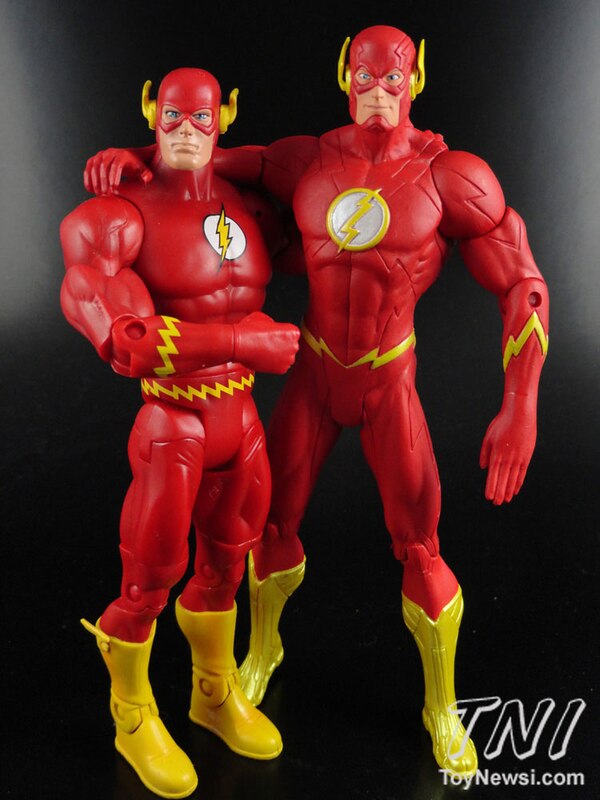 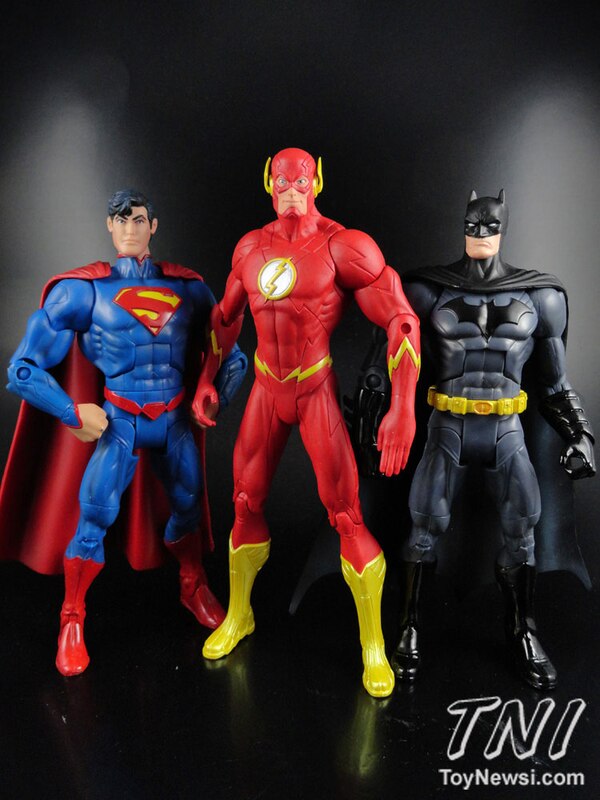 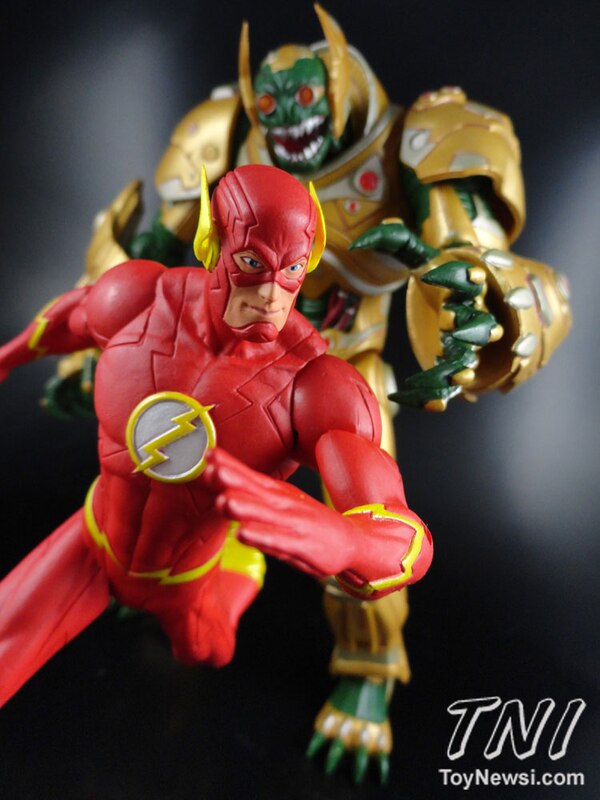 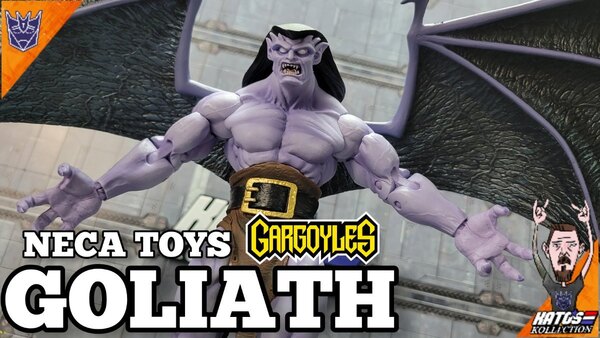 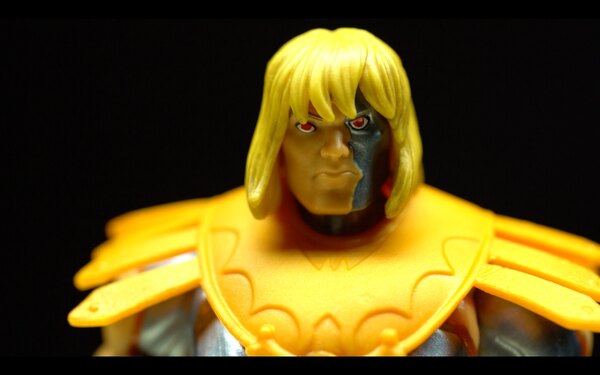 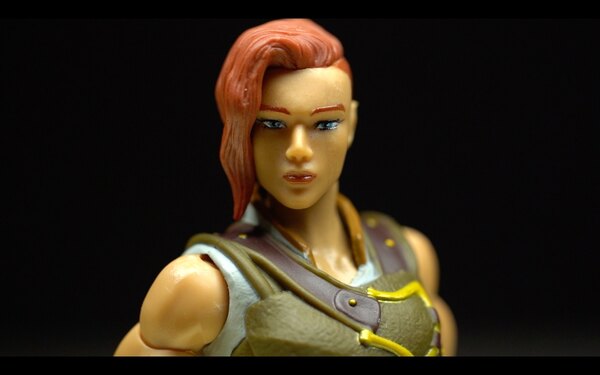 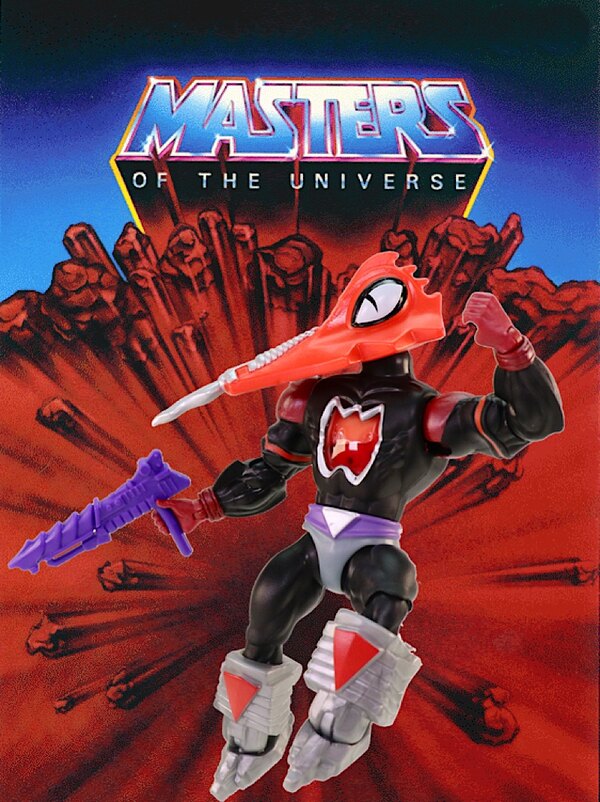 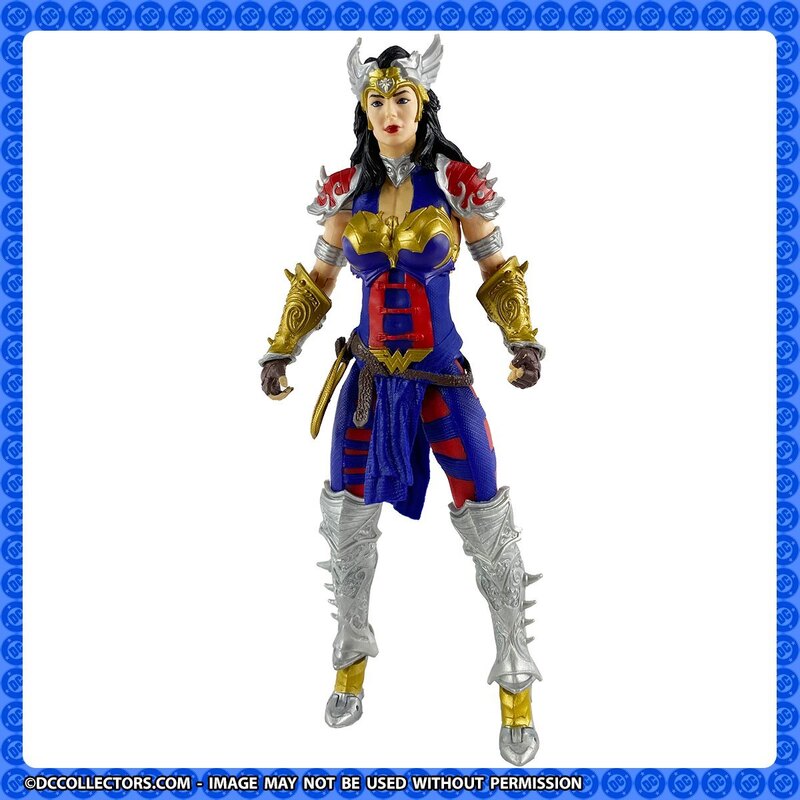