Bluefin
by Jay Cochran
December 26, 2012
It’s a new frontier for the S.H.MonsterArts series, which up to now has focused on Toho kaiju. King Kong, from director Peter Jackson’s 2005 remake of the classic “King Kong,” represents the first foreign monster in the lineup. How did we go about creating the first mammalian creature in the S.H.MonsterArts?

The S.H.MonsterArts King Kong is designed to replicate Richard Taylor’s stunning sculpt. The “volume” of the fur has been captured with exquisite fine detail. Even the scars from battles with the dinosaurs of Skull Island have been replicated exactly as they appear on-screen. These are indispensible details for portraying Peter Jackson’s unique take on King Kong.

The figure makes ample use of S.H.MonsterArts technology to portray both King Kong’s unique quadruped motion and bipedal fighting stances. His forward-leaning walking posture and his standing threat posture are captured with perfect realism, and the sculpt is designed so that the needed joints blend right in visually. The result is a figure that captures all of the power of King Kong onscreen.

Special attention was paid to his expressiveness. In addition to his normal, contemplative face, a roaring and threatening face, and the playful face are included as well. By combining these three different faces with different poses, you can re-create nearly any of Kong’s expressive scenes from the film.
Image 1 of 7 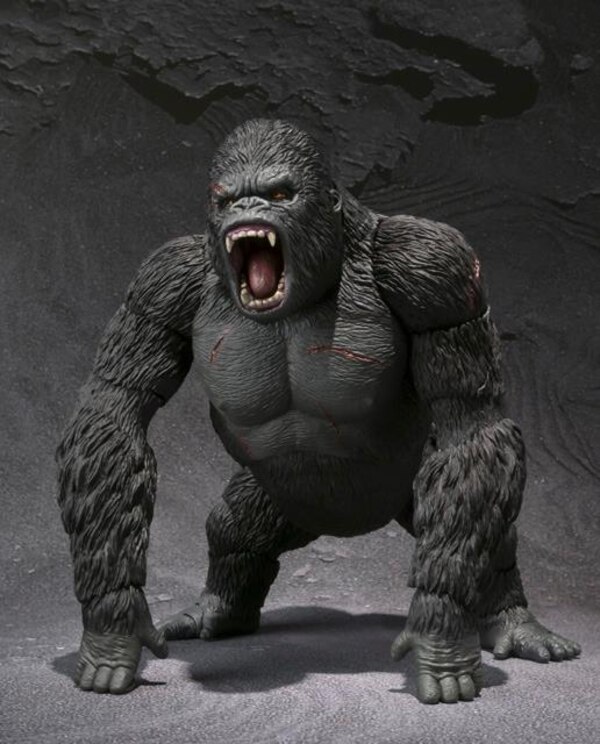 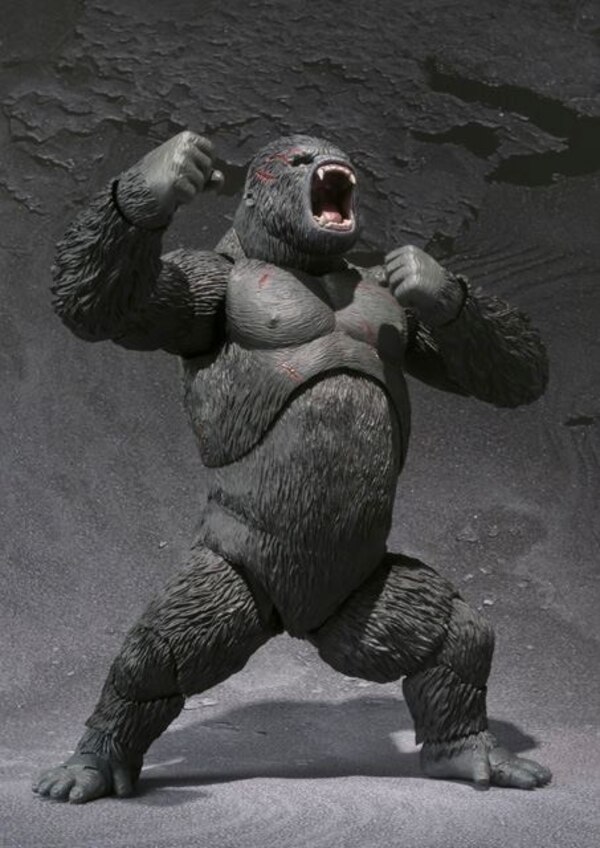 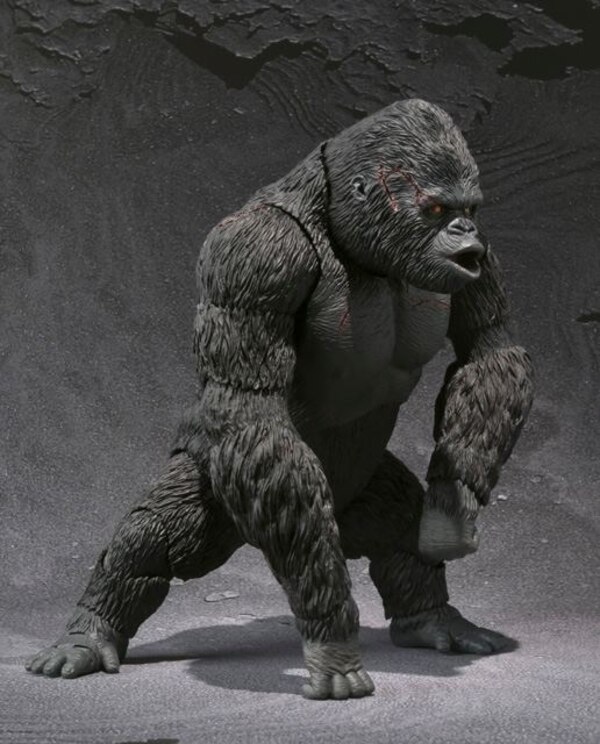 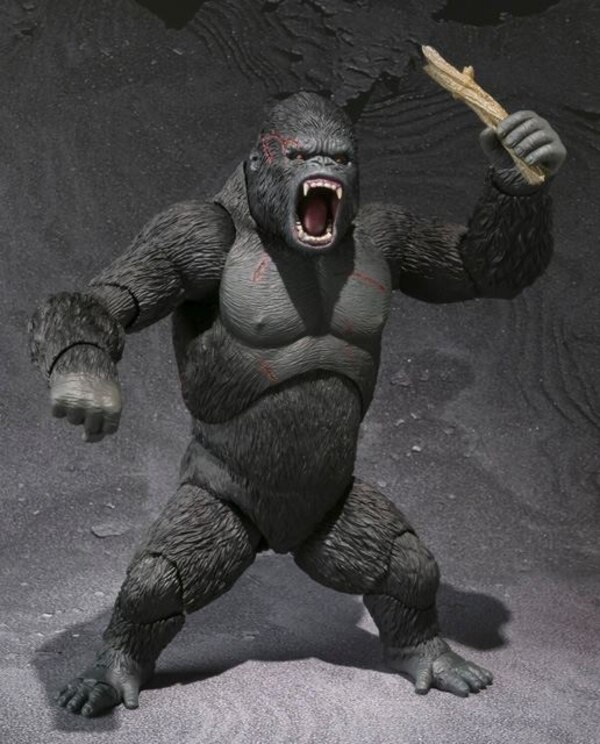 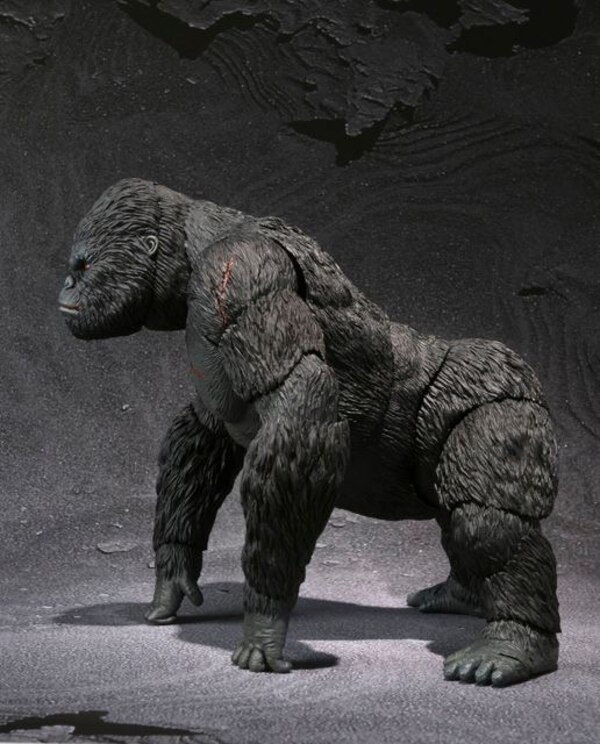 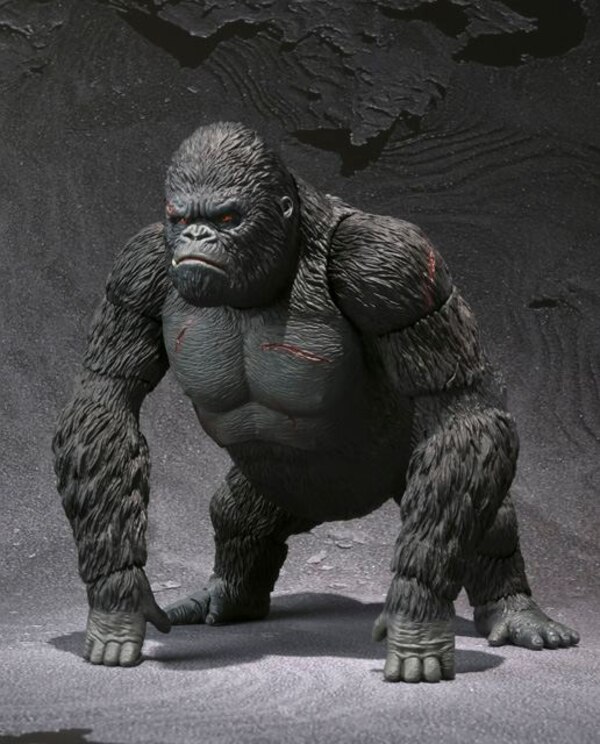 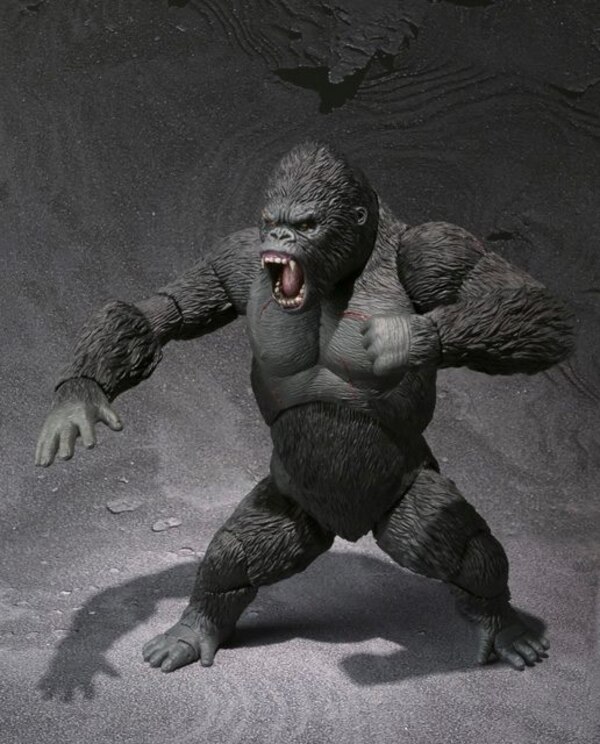 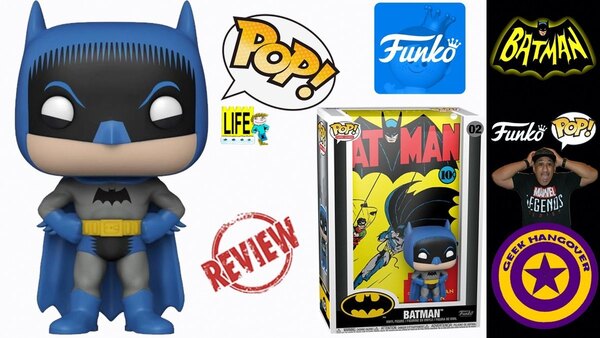 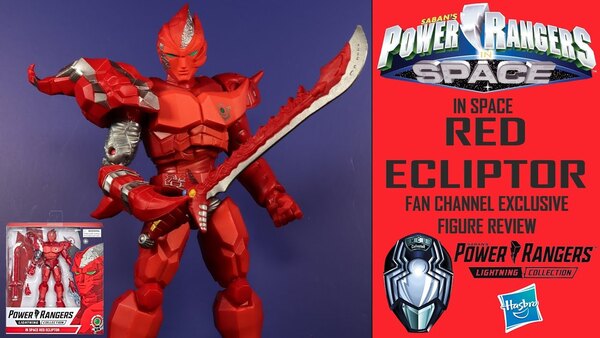