Miscellaneous
by Jay Cochran
June 04, 2008
Awesomeness is at McDonald’s! The McDonald’s “Kung Fu Panda” party starts June 6 with the fun and excitement of the new DreamWorks Animation SKG - animated feature, “Kung Fu Panda,” and a collection of McDonald’s Happy Meal toys inspired by the adventures of the film’s characters. Beginning now through July 3, McDonald’s young guests will receive one of eight high action toys, each representing key characters from the movie and their signature Kung Fu moves, with the purchase of a Happy Meal at participating McDonald's restaurants while supplies last. The Kung Fu Panda themed Happy Meal box, Apple Dippers and low fat Milk Jugs in the restaurants feature the movie characters and carry codes that unlock surprises at Happymeal.com.

Po the Panda - Po's aspiration in life is to become a Kung Fu master and it's when he draws from within and
believes in himself that he makes his dream a reality. Move Po's arms to see him in a fighting position and hear a
"Wa-Ha" sound by shaking him.

Master Shifu - Master Shifu serves as the Kung Fu guru that leads the band of fighters known as the Furious Five.
Wind up Master Shifu to make him walk in different directions.

Tai Lung - The vengeful and treacherous snow leopard Tai Lung takes on the Furious Five gang as he strives to
retrieve the Dragon Scroll and control the kingdom. Press the button on Tai Lung's back to see him kick.

Master Viper - Part of the Furious Five, Master Viper serves alongside his Kung Fu crew to help teach Po all of the
tricks of the trade. Bend Master Viper into different Kung Fu poses.

Master Mantis - No one packs more power than Master Mantis, so quick and small that enemies fall before they
know what hit them. Press the button on the back of Master Mantis to move his front arms.

Master Crane - Master Crane deflects his foes' attacks with ease from his perch above the rest. Press the button
on the back of Master Crane to perform an arm-chopping motion.

Enthusiastic, big and a little clumsy, Po (Jack Black) is the biggest fan of kung fu around…which doesn’t exactly come in handy while working every day in his family’s noodle shop. Unexpectedly chosen to fulfill an ancient prophecy, Po’s dreams become reality when he joins the world of kung fu and studies alongside his idols, the legendary Furious Five—Tigress (Angelina Jolie), Crane (David Cross), Mantis (Seth Rogen), Viper (Lucy Liu) and Monkey (Jackie Chan)—under the leadership of their guru, Master Shifu (Dustin Hoffman). But before they know it, the vengeful and treacherous snow leopard Tai Lung (Ian McShane) is headed their way, and it’s up to Po to defend everyone from the oncoming threat. Can he turn his dreams of becoming a kung fu master into reality? Po
puts his heart into the task, and the unlikely hero ultimately finds that his greatest weaknesses turn out to be his greatest strengths.
Image 1 of 9 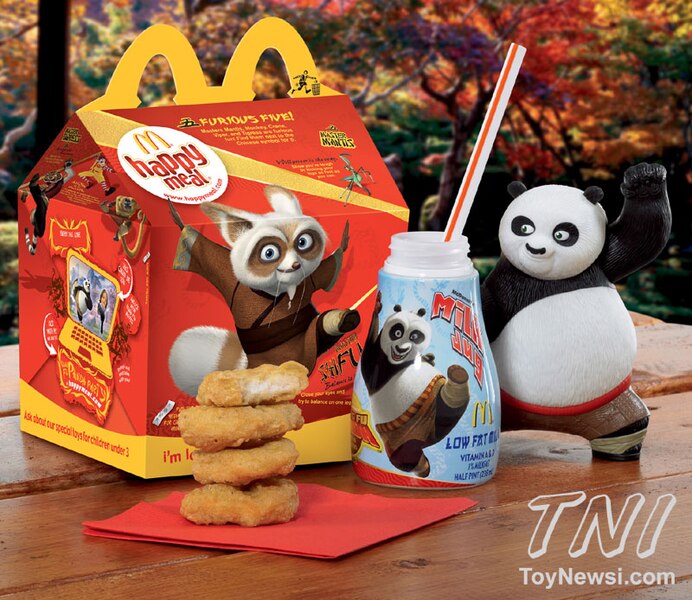 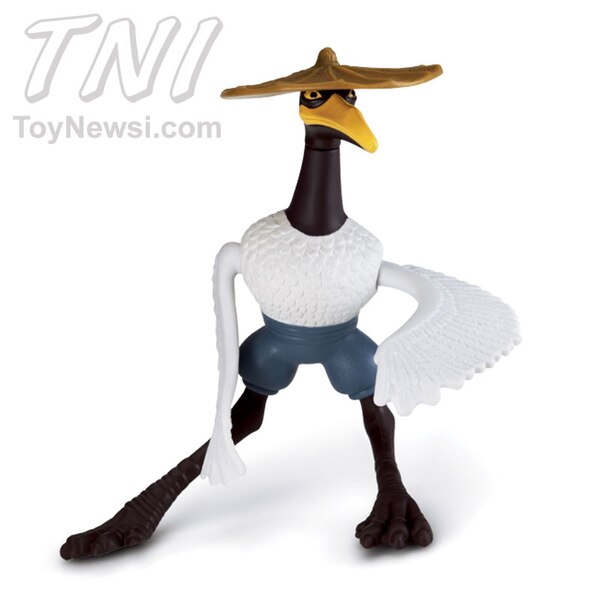 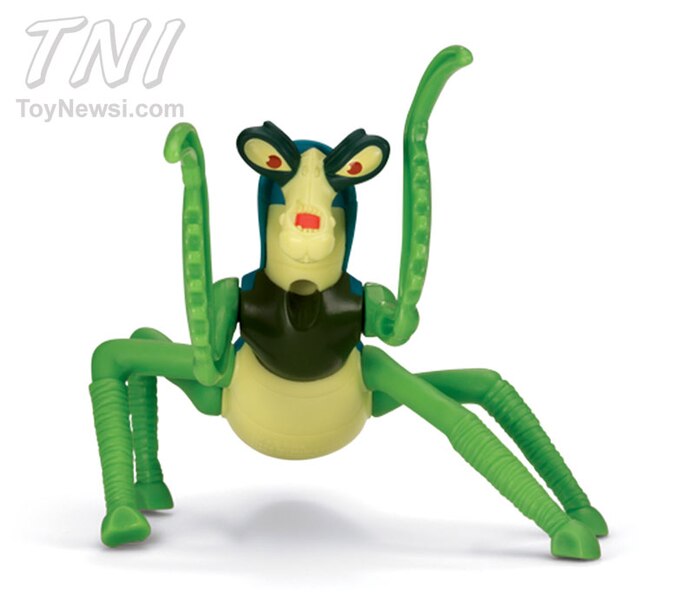 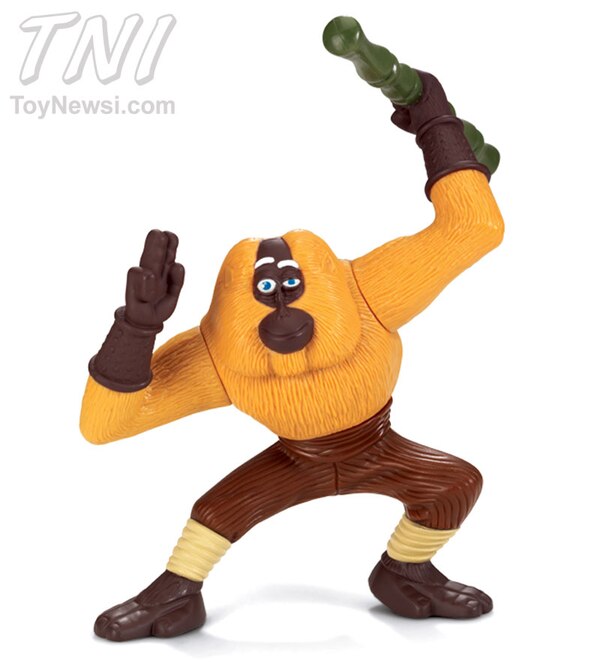 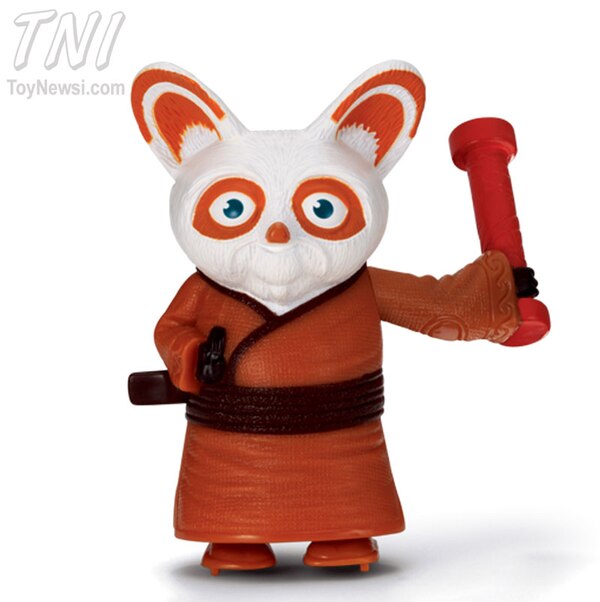 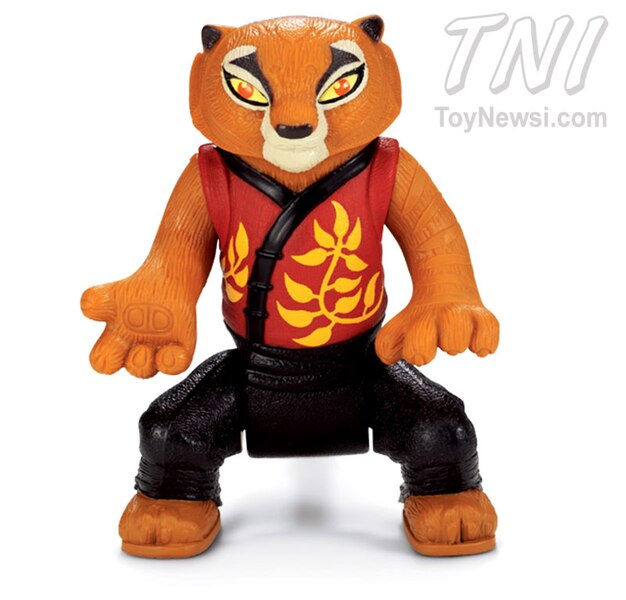 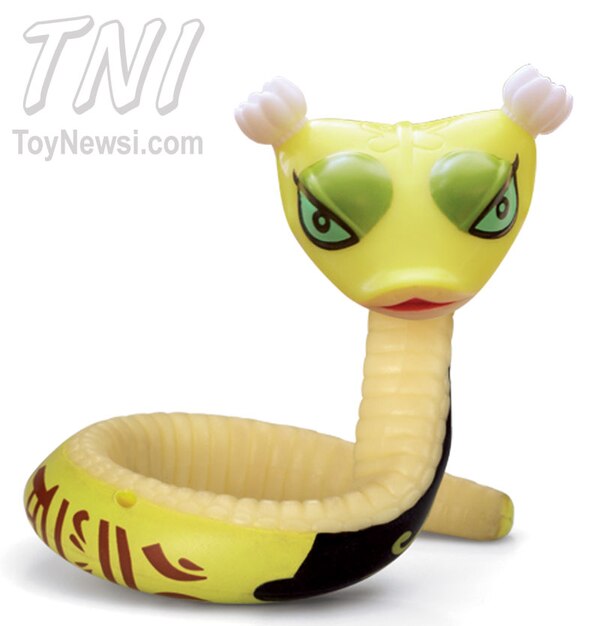 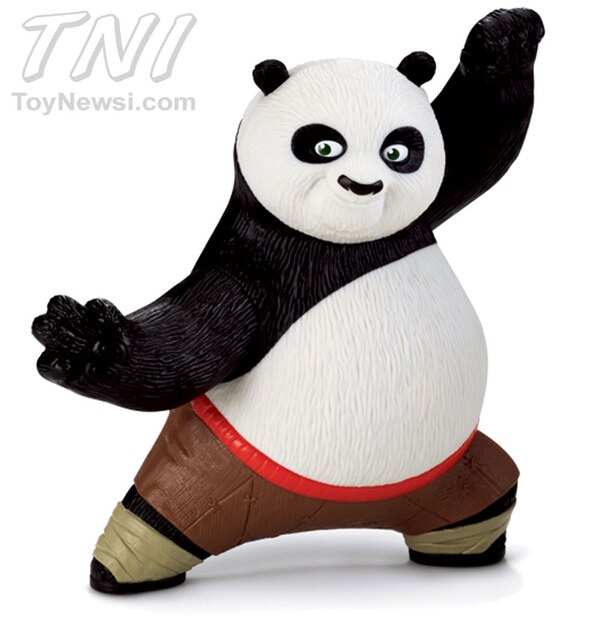 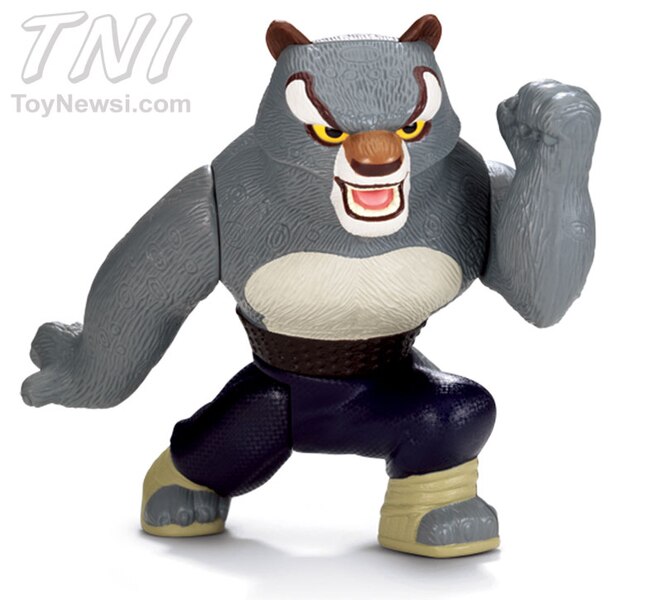