The multi-year alliance provides Shout! Factory with exclusive home entertainment packaged media (DVD/Blu-ray) and select digital rights to Saban Brands' extensive catalog of properties including more than 700 episodes of Power Rangers (1993- 2009), 92 episodes of VR Troopers, 26 episodes of Ninja Turtles: The Next Mutation, and 88 episodes of Beetleborgs for home entertainment releases and digital distribution across select entertainment platforms in North America. 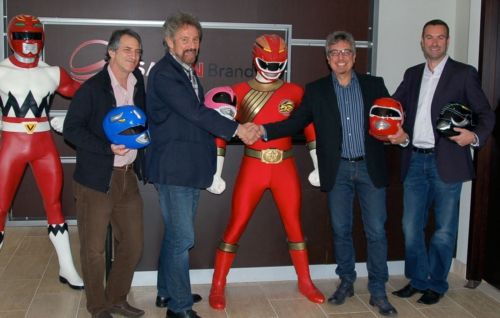 "We are incredibly excited about this new relationship with Saban Brands. Power Rangers continues to stand as a global pop culture phenomenon to this day. We look forward to bringing these highly entertaining series with great packaging and extras to fans and on family home entertainment shelves," state Shout! Factory's founding partners in a joint statement.

"Our partnership with Shout! Factory is important and exciting news for our fans. Shout! Factory will provide unequaled access to archived content from Saban Brands," said Elie Dekel, President of Saban Brands. "Fans can enjoy past episodes they haven't seen, relive some of the exciting entertainment in these episodes, or even share them with a new generation of fans."

Shout! Factory plans an aggressive rollout of Saban Brands television properties beginning this summer 2012, including from individual programs as well as complete series. As excitement builds for these upcoming home entertainment product-lines, Shout! Factory and Saban Brands will announce additional news and activities in forthcoming months.

Following its introduction in 1993, Saban's Power Rangers quickly became the most watched children's television program in the United States. Emphasizing the importance of teamwork, responsibility and helping others by following the adventures of a group of ordinary young people who "morphed" into superheroes, the series was seen in more than 60 countries, translated into numerous languages, and was a mainstay in the most prominent international children's programming blocks.

When VR Troopers premiered in 1994, it was the first children's series to take viewers into a world of virtual reality. In this exciting action-packed live-action series, three seemingly ordinary teens face the challenge of saving the world from total domination by a powerful ruthless industrialist and his evil alter-ego. With the gift of "inter-reality travel" the teens utilize the power to transform into crime-fighting superheroes and enter the high-tech sphere of Virtual Reality. They employ their strengths, explosive martial arts skills and newfound superpowers to prevent the evil Grimlord and his mutant armies from escaping the virtual plane and entering the real world.

Memorable live-action adventure series Ninja Turtles: The Next Mutation debuted in 1997 on a popular kids network. The series continued the fun-filled saga of Leonardo, Raphael, Donatello and Michelangelo, four genetically mutated turtles who have transformed into human sized, ninja-powered crime fighters living in the sewers of New York City. Soon the Ninja Turtles' world that they have come to know and love will change. If you thought Shredder was bad, wait until you meet the newest NT foe--Dragon Skull! It will take all the power of our four reptile heroes to combat this new villain, including the help from a new ninja turtle named Venus De Milo!

Premiered in 1996, popular weekly kids series Beetleborgs follows the exciting adventures of three ordinary kids Drew, Jo and Roland as they enter the supposedly haunted mansion after accepting a dare. Their lives changed forever when a magical spirit grants them their biggest wish ľ they get to find out what life is like as their favorite super heroes the Beetleborgs!
Image 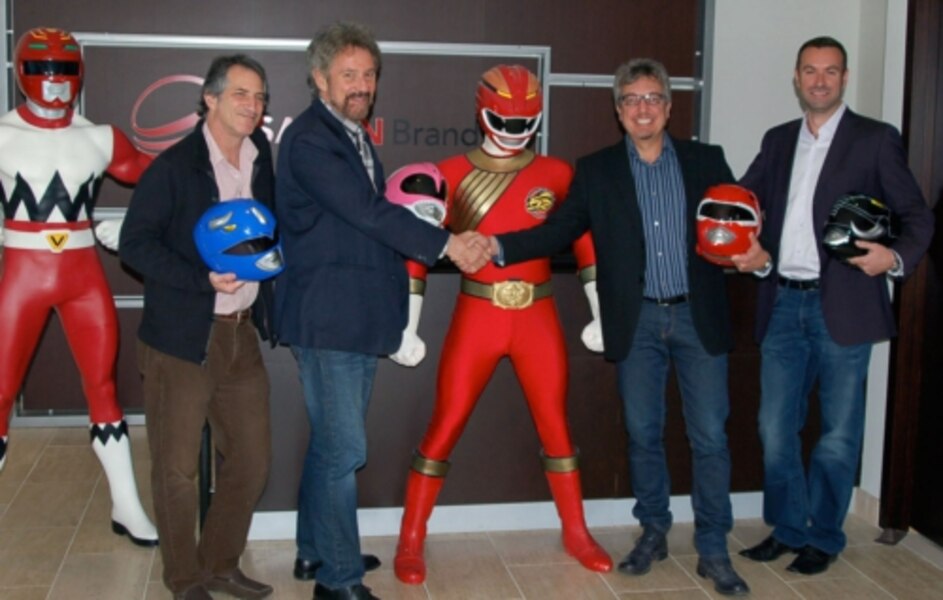