DC Comics
by Jay Cochran
January 31, 2009
On the mystical island of Themyscira, a proud and fierce warrior race of Amazons have raised a daughter of untold beauty, grace and strength Princess Diana. When an Army fighter pilot, Steve Trevor, crash-lands on the island, the rebellious and headstrong Diana defies Amazonian law by accompanying Trevor back to civilization. Meanwhile, Ares (the god of War) has escaped his imprisonment at the hands of the Amazonians and has decided to exact his revenge - intending to start a world war that will not only last for centuries but will wipe out every living being on the planet, starting with the Amazons! It is up to Princess Diana to save her people and the world by using her gifts and becoming the ultimate Wonder Woman!

DVD Features:
- “A Subversive Dream” will explore the rich history of Wonder Woman and her inspiration on American culture.

- “The Daughters of Myth” is a riveting documentary explaining the archetype and tradition of the female DC Comics Super Hero.

- Action Figure From Mattel Based On Wonder Woman From This Movie. 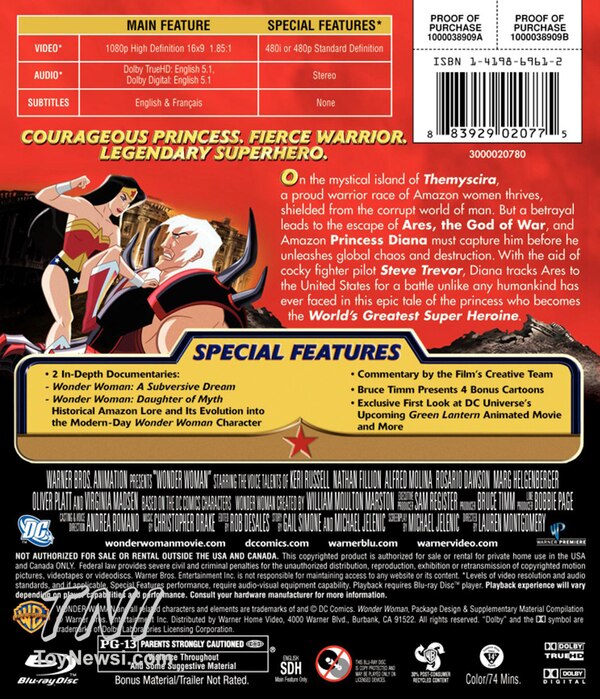 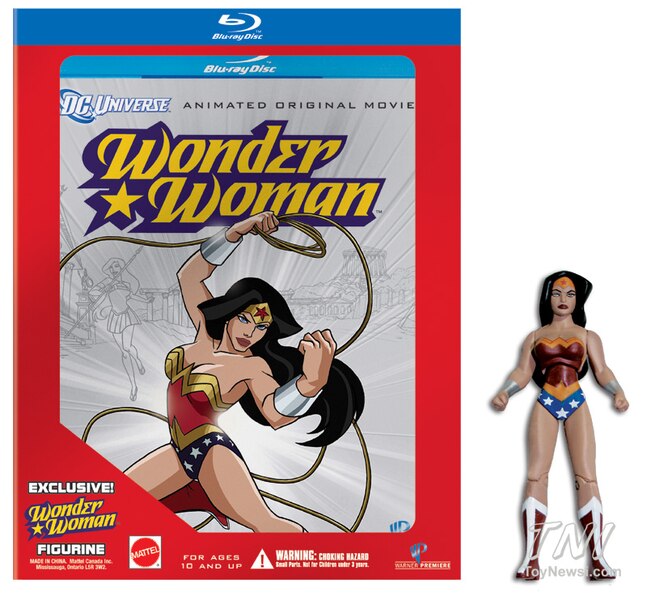 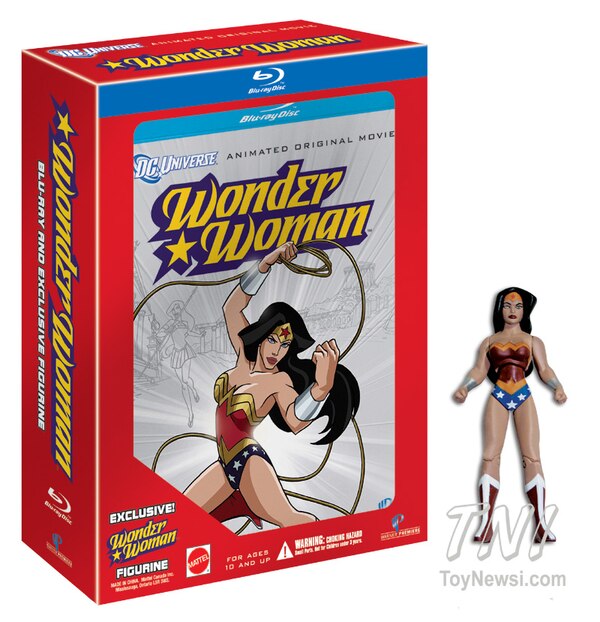 "small budget" superpowers??? Ever hear the expression "come strong or don't come at all". If WB & DC makes any of the movies you mentioned I would want & expect each & evey one to be a masterpice of it own.

But I do agree WB & DC are draging their feet. But with the release of WW on dvd that should serve as a good test market for the major motion picture. Like I kinda get the feeling that in the animated dvd WW will not be spinning in to her WW costume. & if that's true you can expect to hear my b*tch about it in the forum because I want my two cents heard about what I want in a WW movie.

As an incentive she is pretty decent. This version of Wonder Woman looks about 3 to 4 times better that the standard IH version. I want it for myself but the price tag is a bit high, not sure if I read it correctly but the DVD with the figure will retail for 35.00?

Also I am guessing the GL movie is going to be cartoon based? This doesn't excite me as it should, at this stage of the game Warner Bros and DC should be focused on bringing GL to the BIG SCREEN. It's time to really invest in these franchises and make history. Here are some live action DC movies that can be made big and small budget

Shazam - The Rock was rumored to play Black Adam, perfect with his smug look.

Are you guys talking about those poorly painted TDK mini-statues that you could buy for like $9.99 when you bought the DVD? Those were junk, and while this doesn't look too much better, it actually looks like a repaint of the DCIH Wonder Woman which, if it is, is nothing like the Frontier's Green Lantern mini-statue.

funny. up till about a week and a half ago i saw those sets clogging the shelf at one of my local best buys. so not everywhere were those DK figure packs wanted i guess.

i wish i would have known that people here wanted them, or anyone wanted them for that matter. i could have picked them up for people. i would have got one but the figures looked like utter crap and just inflated the price of the movie.

weren't the figures already released by themselves? i thought they were. either way i wouldnt feel bad since the included figures are usually never much more that little statues.

this wonder woman toy looks like the same thing, just like the green lantern lilimited toy that came with the final frontier.

I see, thank you for the information kind sir! Tis true, dastardly scoundrels they are!!

Luckily for me, the Best Buy employees are the San Marcos Best Buy are good people!!

May I inquire what scandal you speak of???

why yes you may my good Lady *gives a gentelmen's bow & kisses back of gloved hand*.

It would appear that certain scoundrals commited a dastardly deed by absconding away with all of the best buy exclusives that were to have been ment for the public. Only a poltury 5 per store were alotted to each Best Buy & the store employees (being the Cads they are) bought & or stole ALL OF THEM!!!!!!!! My BB connection informed me that TDK figures of Batman & Joker NEVER EVEN MADE IT TO THE SHELVES!!!

I say!! not very sporting of them now is it?

Does the figure only come with the Blu-Ray version of the movie?

May I inquire what scandal you speak of???

im looking foreward to this