During the convention, Hallmark will sell limited quantities of the following Keepsake Ornaments:


"We are excited to participate in Comic-Con for the fourth year," said Beth Dorr, associate merchandise manager for Keepsake Ornaments. "The convention gives us a great opportunity to meet and interact with some of our most passionate fans and reward them with exclusive opportunities and sneak peeks."

Visitors to Hallmark's booth in the Lucasfilm Pavilion will be able to view many of the new 2011 Keepsake Ornaments as well as get a sneak peek of what's to come in 2012. They also can pick up a series of collectible buttons featuring Star Wars Keepsake Ornaments. The series will feature five designs, with a limited quantity of one design given away each day of Comic-Con.

Throughout the convention, popular Hallmark characters hoops&yoyo will make visits to the Hallmark booth. Comic-Con attendees also will have the opportunity to engage with the creators of Hallmark characters, including Bob Holt and Mike Adair (hoops&yoyo), Peter Martin (Asteroid Andy) and John Wagner (Maxine).

John Wagner's feisty character Maxine, the self-appointed "Queen of Crabbiness," celebrates her 25th anniversary in 2011. Since 1986, she has appeared on millions of cards and thousands of books, as well as Keepsake Ornaments. On Thursday, July 21, and Friday, July 22, John Wagner will be on site to share the inspiration behind Maxine, discuss how he's kept her character fresh for 25 years and answer questions. Hoops&yoyo creators Bob Holt and Mike Adair will sign autographs on Thursday, July 21, Friday, July 22, and Saturday, July 23. Asteroid Andy's creator Peter Martin will visit the booth on Saturday, July 23, and Sunday, July 24.

In addition to on-site Comic-Con activity, Hallmark will administer various product giveaways of some current Keepsake Ornaments as well as exclusive and signed products via Twitter (@HallmarkPR, #ComicCon, #SDCC) before and during the conference. For more information about Hallmark and the full line of 2011 Keepsake Ornaments, visit Hallmark.com/Keepsakes.
Image 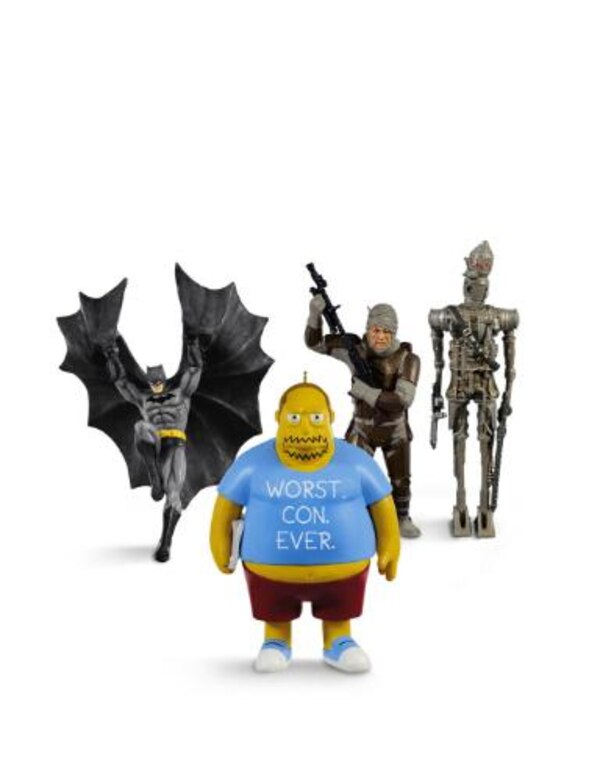