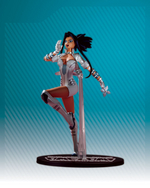 Sent by Lady Shiva to destroy Black Canary, this deadly version of Black Canary is the evil opposite of Dinah Lance. Like her black clad counterpart she shouts her Canary Cry to announce her arrival to the Ame-Comi line, ready to destroy her target.

Packaged in a 4-color window box with J-hook, this non-articulated PVC statue stands approximately 9” high and includes a display base. 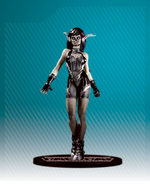 Black Flash mysteriously appears as an omen of impending doom for any of the Flash family of speedsters that tap into the Speed Force.

Packaged in a 4-color window box with J-hook, this non-articulated PVC statue stands approximately 9” high and includes a display base. 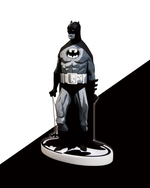 A classic statue is back!

Mike Mignola’s unique vision for BATMAN BLACK & WHITE was a sell-out success in 2006! Now, due to popular demand, DC Direct has updated the statue with an oval chest symbol and a new white base.

Cold-cast in porcelain, the statue measures approximately 7.5” high x 4.75” wide x 3” deep, is painted in monochromatic tones, features a Bat-logo-shaped base and is packaged in a black and white box. 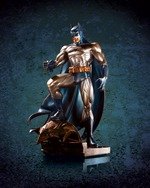 Based on the sold-out full-sized statue, this miniature statue of Batman standing ever vigilant atop a gargoyle over Gotham City is painted in rich patina – a gorgeous faux-bronzed finish.

The cold-cast porcelain statue is hand-painted, measures approximately 6.75” high x 3.75” wide x 4.5” deep and is packaged in a 4-color box. 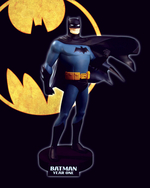 “FROM THIS MOMENT ON, NONE OF YOU ARE SAFE.” – Batman

When Gotham City is in desperate need of heroes, two men take a stand for justice…but on opposite sides. Bruce Wayne returns home after years abroad to become a crimefighter, just as honest cop Lt. James Gordon moves to Gotham and finds corruption at every level. When Bruce becomes the masked vigilante Batman, the city explodes as his new nemesis Catwoman, the mob and Gordon all close in! Don’t miss this thrilling DC Universe Animated Original Movie based on the groundbreaking story by Frank Miller and featuring two-time Emmy® Award winner Bryan Cranston, Ben McKenzie, Katee Sackhoff, Eliza Dushku and Alex Rocco in its stellar voice cast. Experience a bold and dynamic vision of the Dark Knight’s first year in action and the start of his enduring friendship with Jim Gordon.

This hand-painted, cold-cast porcelain maquette of BATMAN is based on art from the highly anticipated Warner Home Video made-for-DVD animated original movie BATMAN YEAR ONE, which will be released on September 27, 2011.

Limited Edition.
* Quantities may be allocated 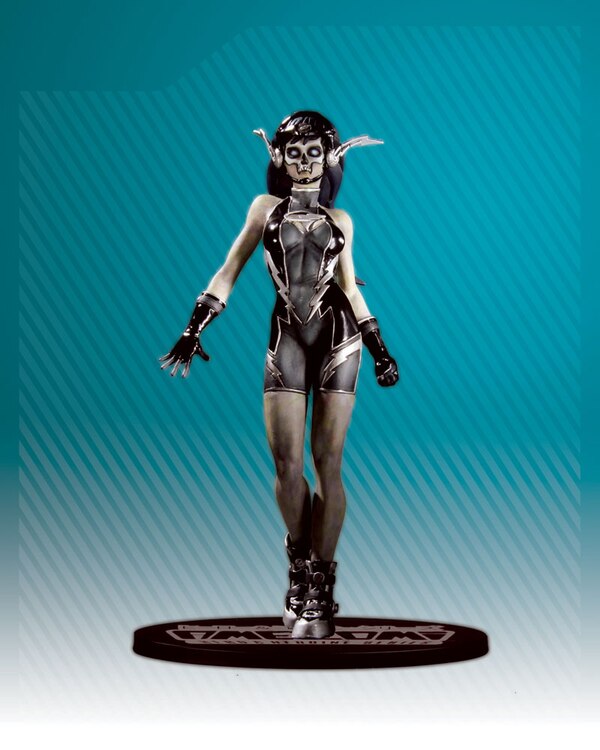 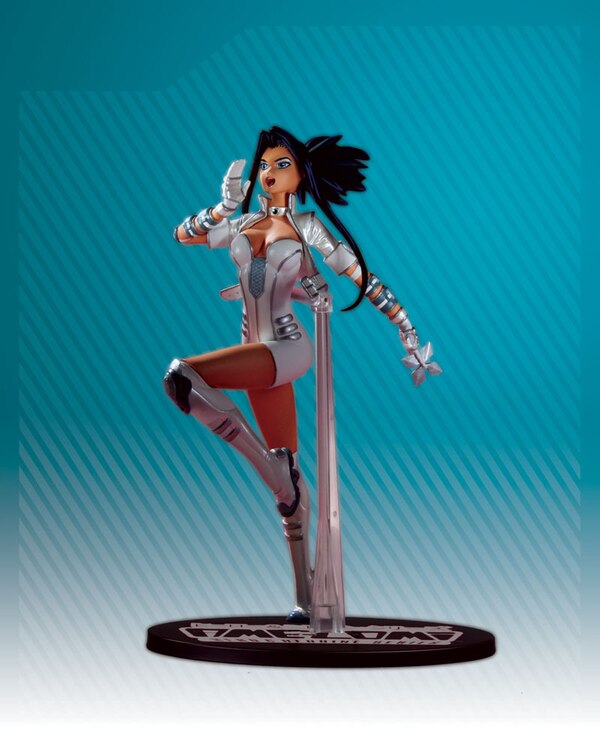 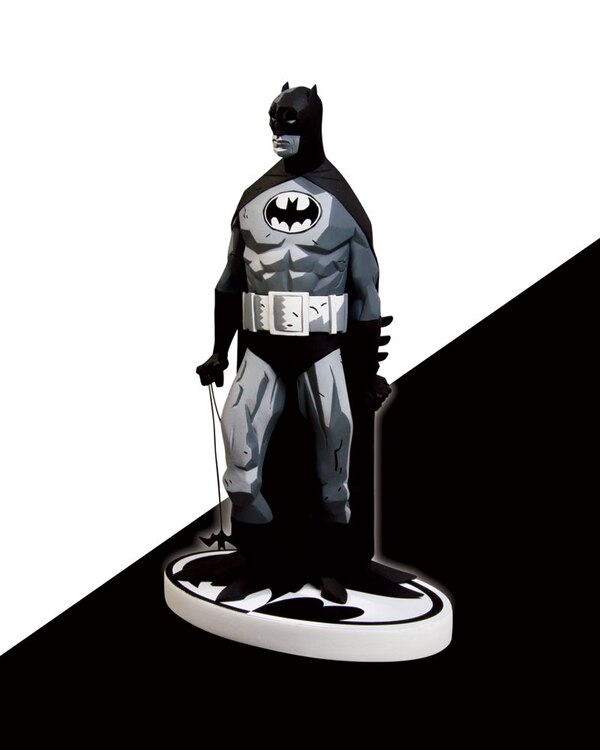 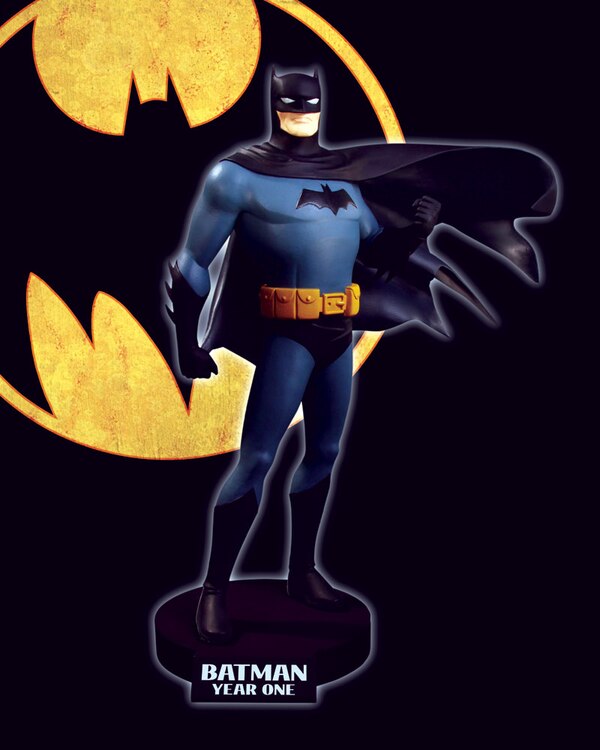 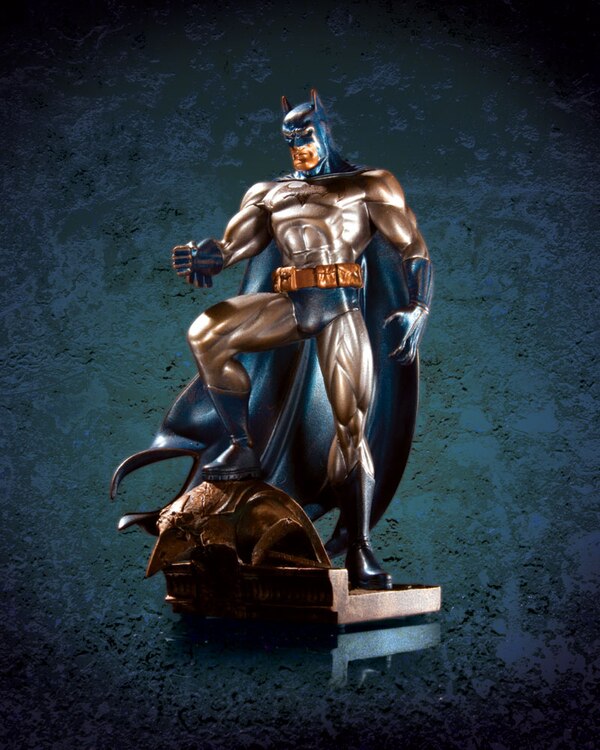