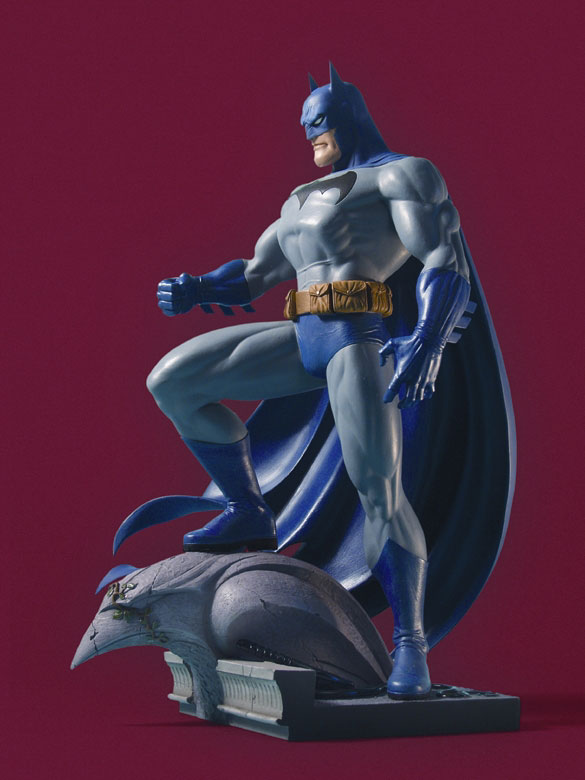 With the heat continuing to build over BATMAN: HUSH and everything connected to it, DC Direct's BATMAN STATUE (STAR19458) has sold out at DC Comics. The statue, designed by Jim Lee and sculpted by Tim Bruckner, sold out less than a week after its on-sale date of September 4.

"Tim did a fantastic job interpreting my 2-D image," says Lee. "He really brought it to life, and I look forward to working with him on more projects in the future."

"I'm not surprised at this sell-out; it's such a great statue and it ties into a great story." says Georg Brewer, DC's VP Design & Retail Product Development, "Fans should look for the CATWOMAN STATUE Jim and Tim are working on it will be every bit as strong."

"The response to the statue when it was on display at conventions this summer was fantastic," says Syndee Barwick, Director Product Management, DC Direct. "We were ecstatic that it sold out even quicker than expected!"

BATMAN #619 is available for advance reorder and is scheduled to arrive in stores on September 24: