DC Comics
by Jay Cochran
November 09, 2012
A Kotobukiya Japanese import! Kotobukiya’s line of DC Comics “New 52” ARTFX+ Statues continues, capturing the new looks and costumes of heroes in the Justice League. Joining the previously released Superman, Green Lantern, Flash and Aquaman is the Dark Knight Batman! After witnessing the brutal murder of his parents, young Bruce Wayne was forever scarred and turned his angst and enormous fortune toward training and outfitting himself as Gotham City’s premiere vigilante. In DC Comics’ relaunched New 52 continuity Batman joins forces with Superman, Green Lantern, and the rest to oppose Darkseid’s invasion of Earth as the Justice League! Joining his fellow Leaguers in their impressive lineup, Batman stands at the ready, no doubt contemplating multiple scenarios in his head. Wayne’s first appearance in the ARTFX+ lineup captures his New 52 look by Jim Lee perfectly, with his current subtly-armored Batsuit. The details on Batman are exceptional from the intricate lines on his costume to the many tiny pouches on his utility belt, wicked bladed gauntlets, long flowing cape, and more. Kotobukiya’s unique take on this Batman features a metallic sheen to his gray costume that looks fantastic with the darker black of the cape, cowl, chest emblem, gloves, and boots, while of course the belt is its traditional bright yellow. Standing nearly 8 inches tall (in the ARTFX+ 1/10th scale), Batman was sculpted by master artist Goutaro Takeuchi (Atelier Bamboo). Like the other Justice League members Wayne has magnets in his feet for perfect stability on the included base, and he’ll look great displayed on your shelf by himself or alongside his teammates. 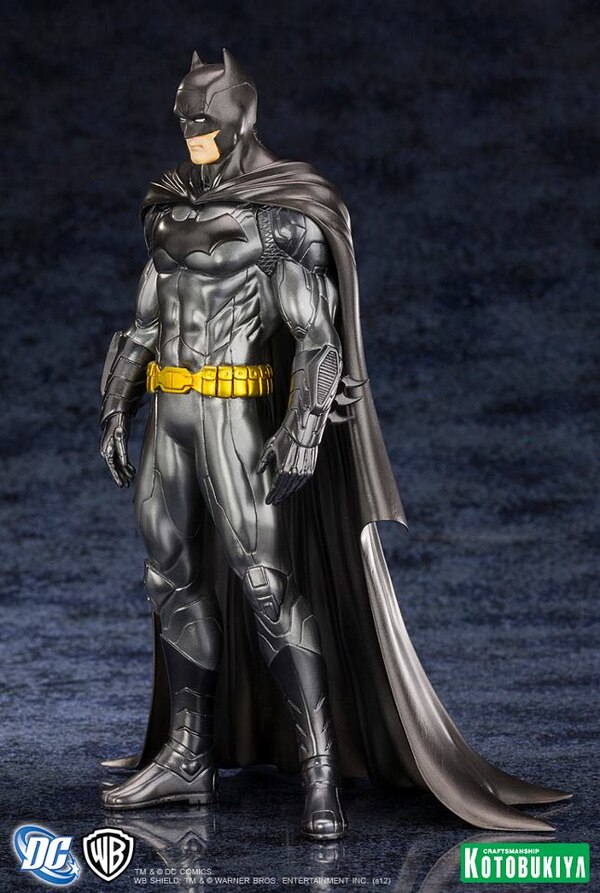 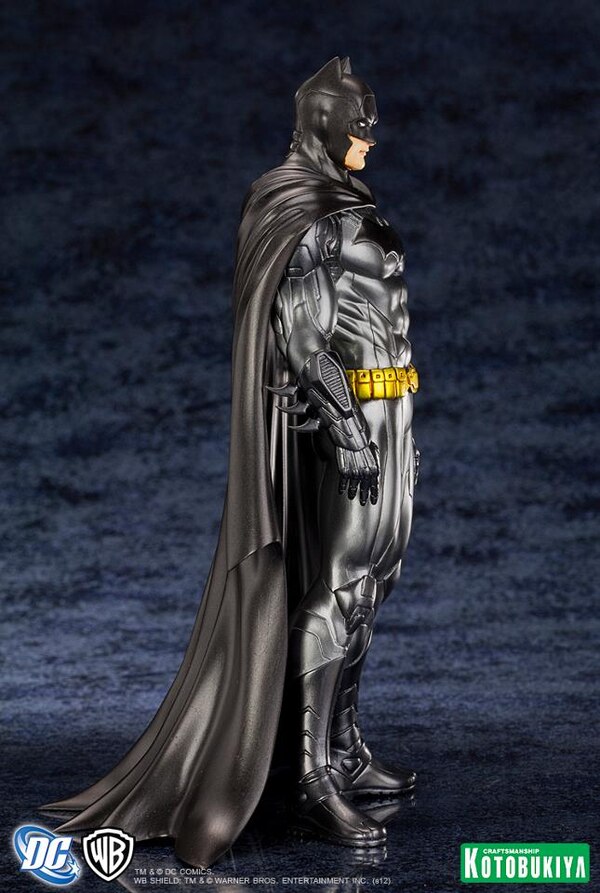 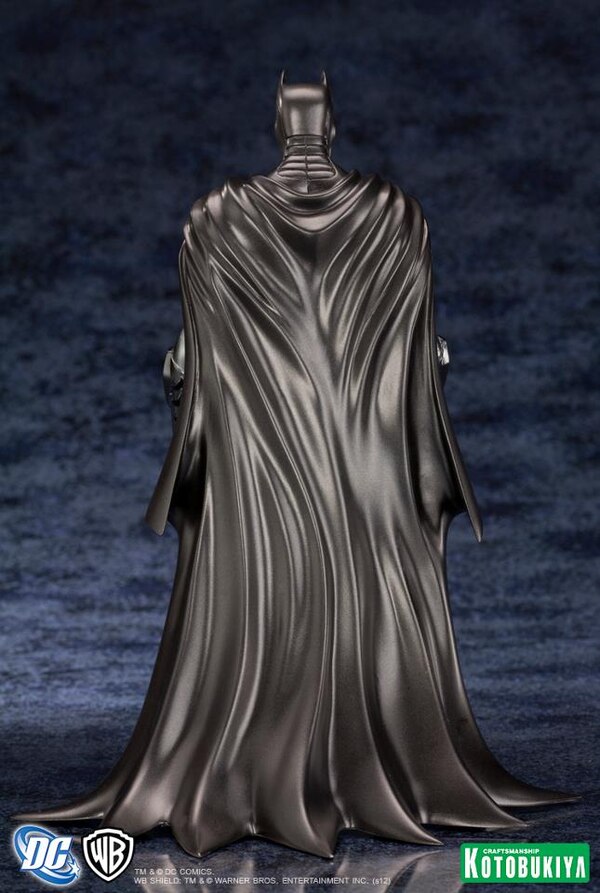 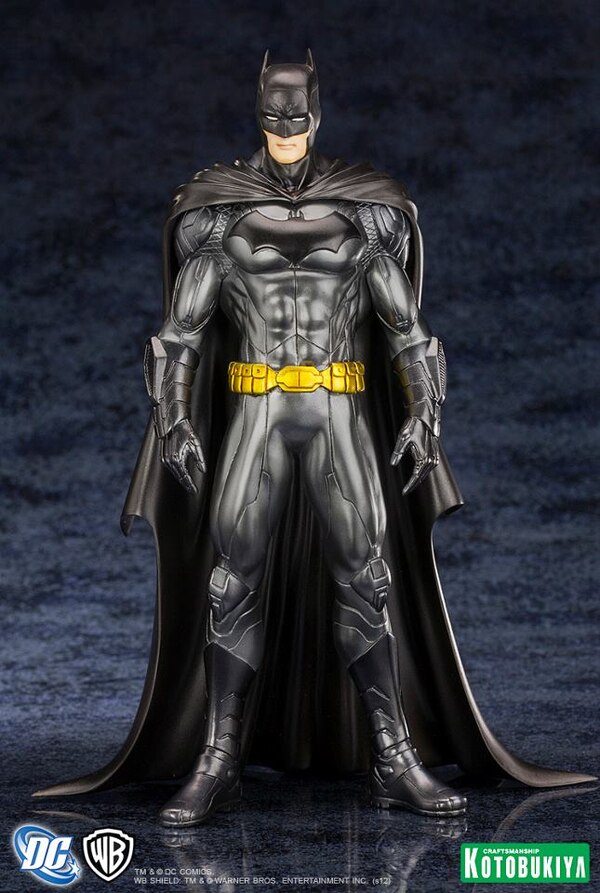 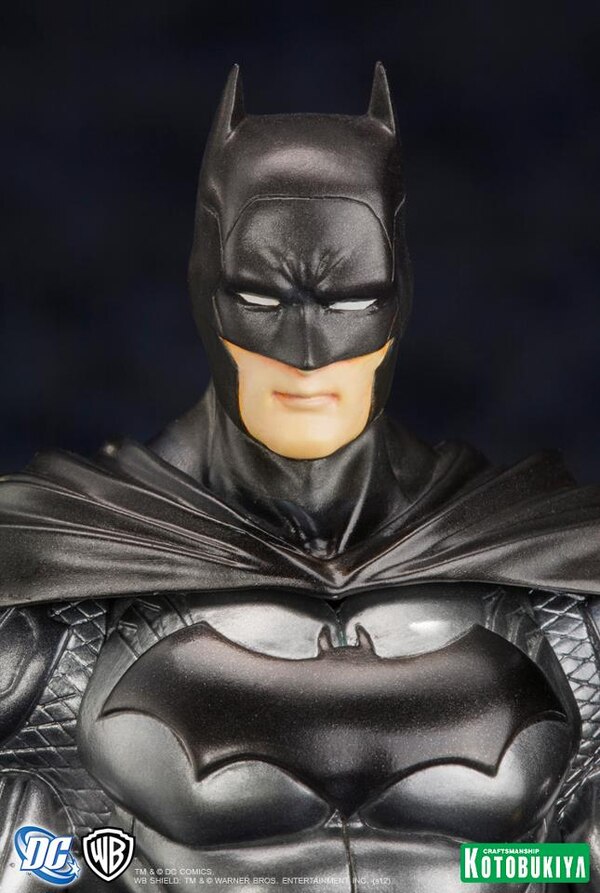 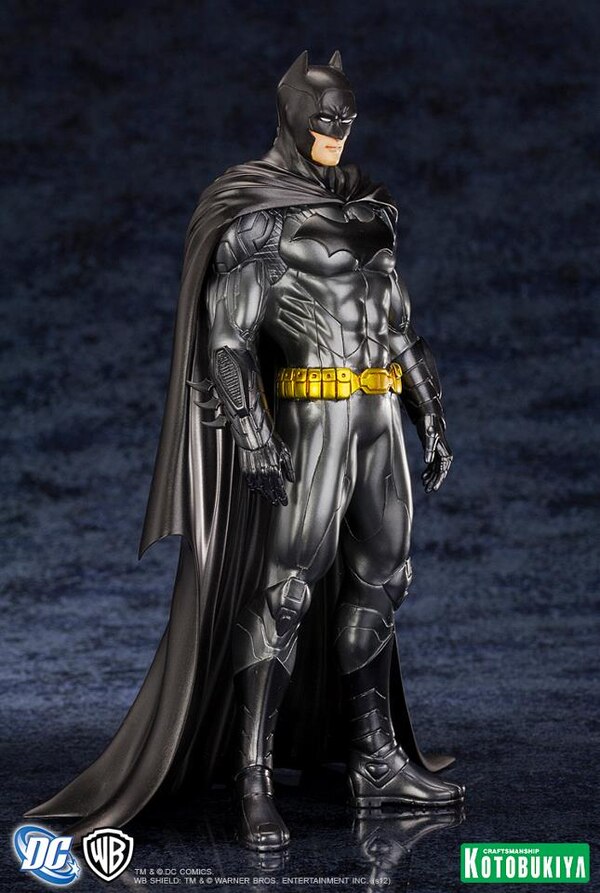 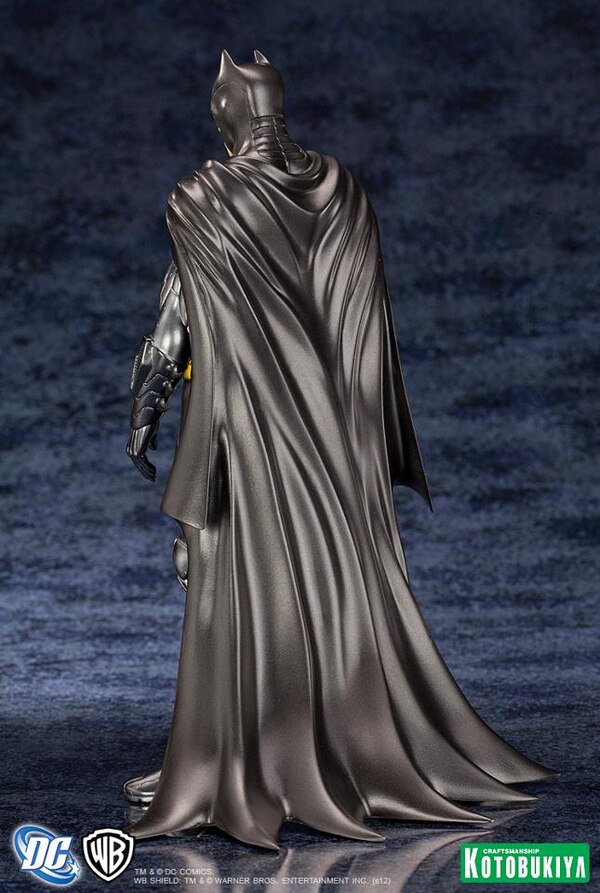 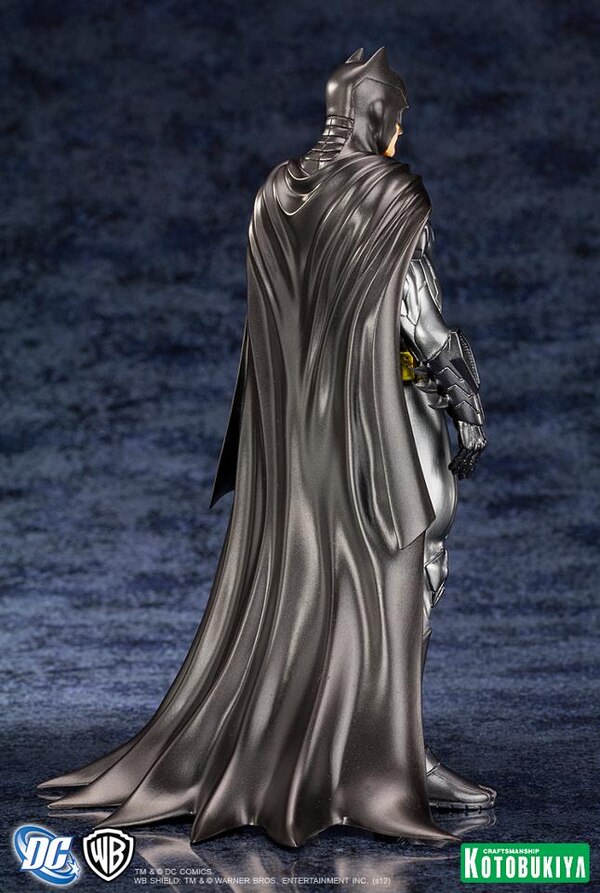 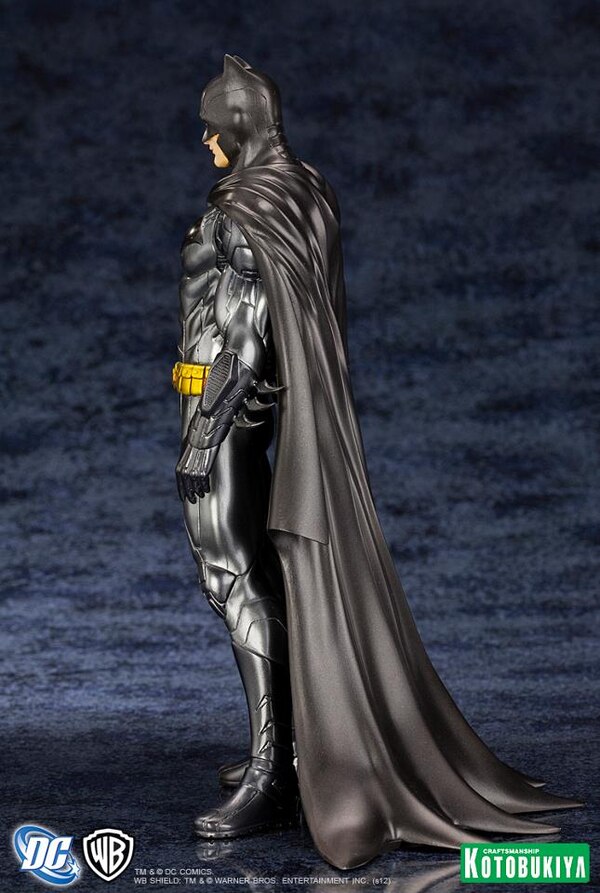