DC Comics
by Jay Cochran
May 02, 2013
The Caped Crusader has met his match… the purr-fectly beguiling Catwoman toys with Batman™ while planning fantastic jewel heists! Her acrobatic skills and seductive style have been featured in the original comics, the live action TV shows, blockbuster movies and multiple animated series, and now Barbie® doll takes on the role of this famous DC Comics character wearing a re-creation of the iconic BATMAN Classic TV Series costume, complete with mask and cat ears! 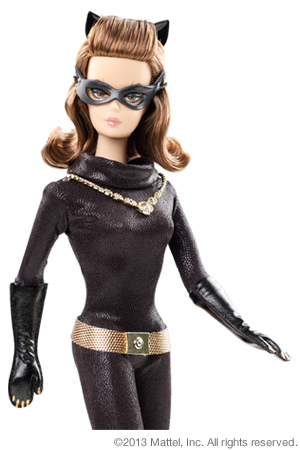 It’s the dance craze that swept the nation! For the first time ever, this Batusi Batman figure recreates the iconic dance from the BATMAN Classic TV series! Sculpted with authentic likeness and featuring a fabric cape, this figure has unique articulation and an internal mechanism that allows it to perform the Batusi. The diorama package features vintage-look art from Shag, and a sound feature plays music with a ‘60s vibe to perfectly capture the scene where Batman shows off his unique Batusi moves. The package is designed so the Batusi dance moves can be activated without removing the figure. 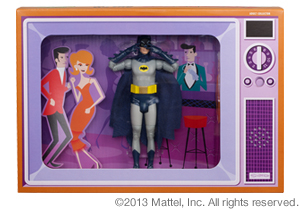 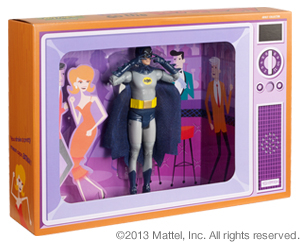 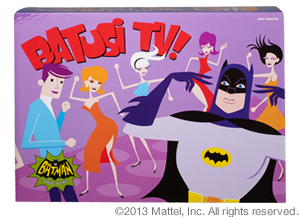 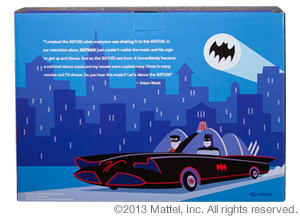