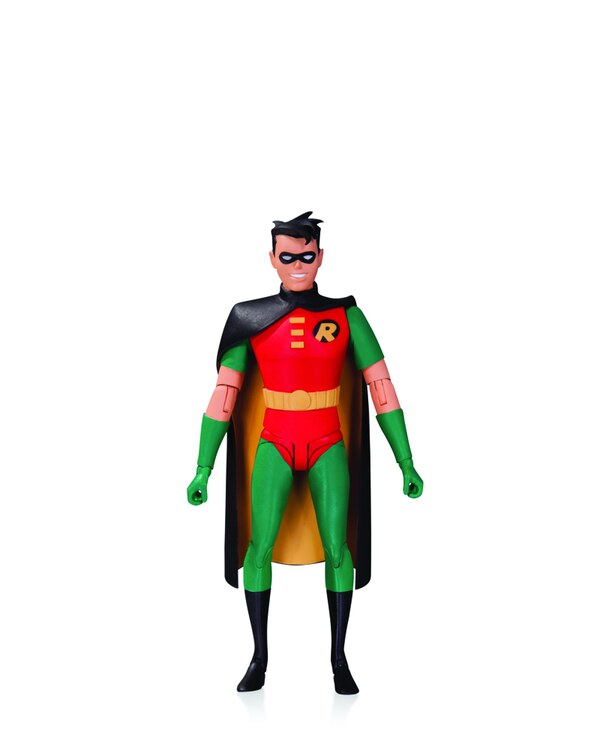 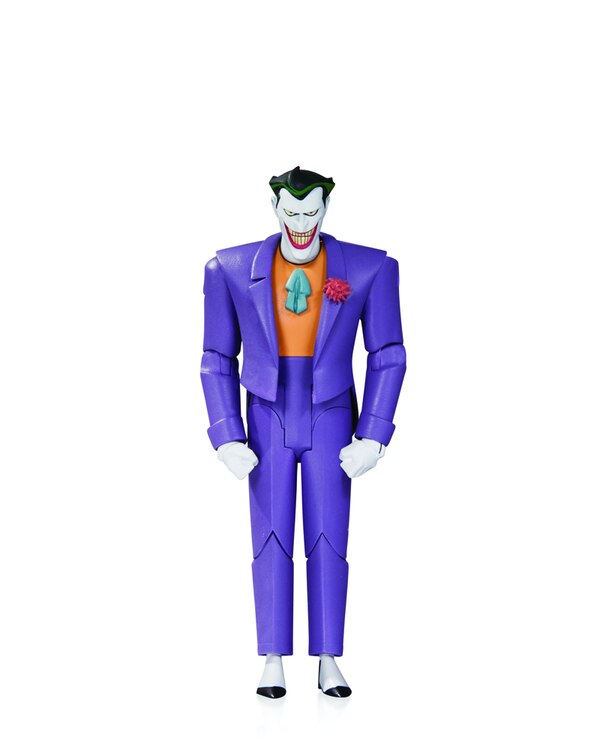 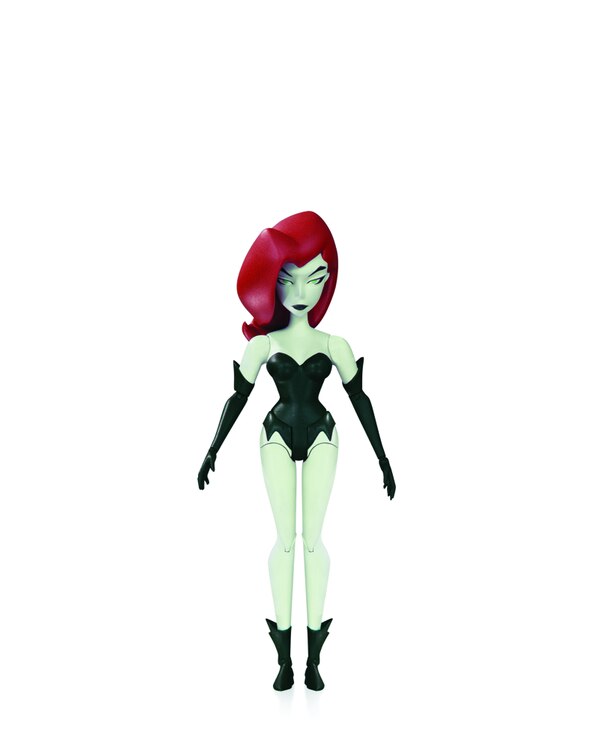 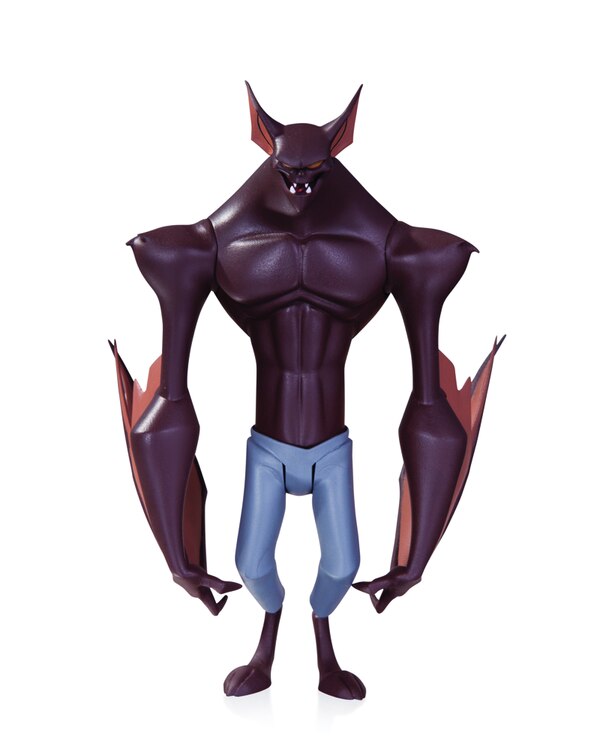 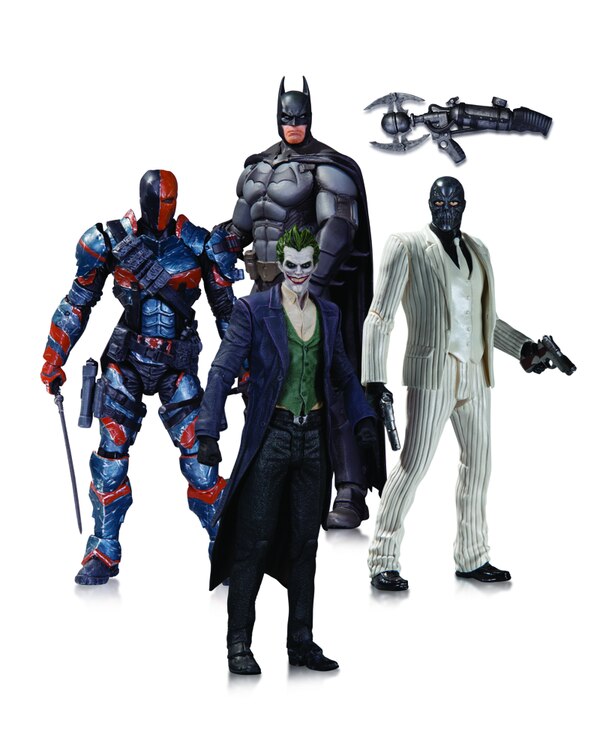 BATMAN: BLACK & WHITE BATMAN AND THE JOKER BY DICK SPRANG STATUES
BASED ON THE ART OF DICK SPRANG
SCULPTED BY TONY CIPRIANO AND JOSH SUTTON
Legendary Batman artist Dick Sprang enters the world of Batman: Black & White with these terrific statues of the Dark Knight and his greatest foe, The Joker.
Limited Edition of 5,200 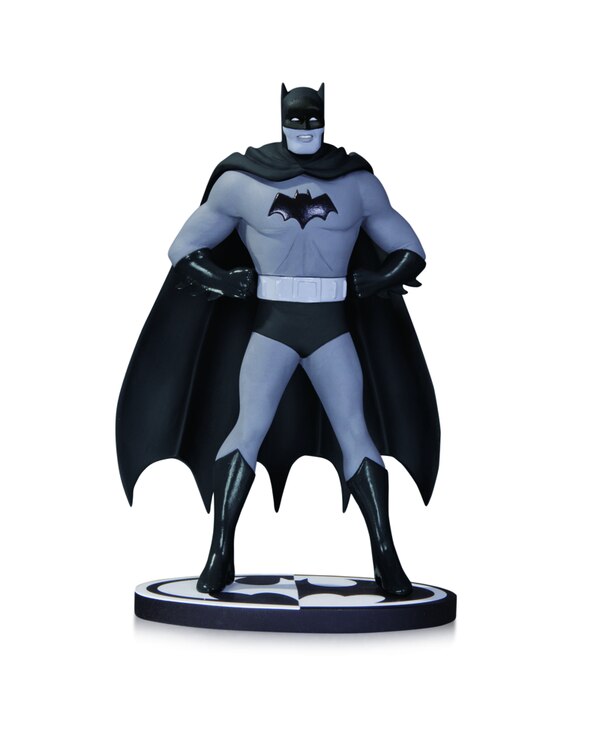 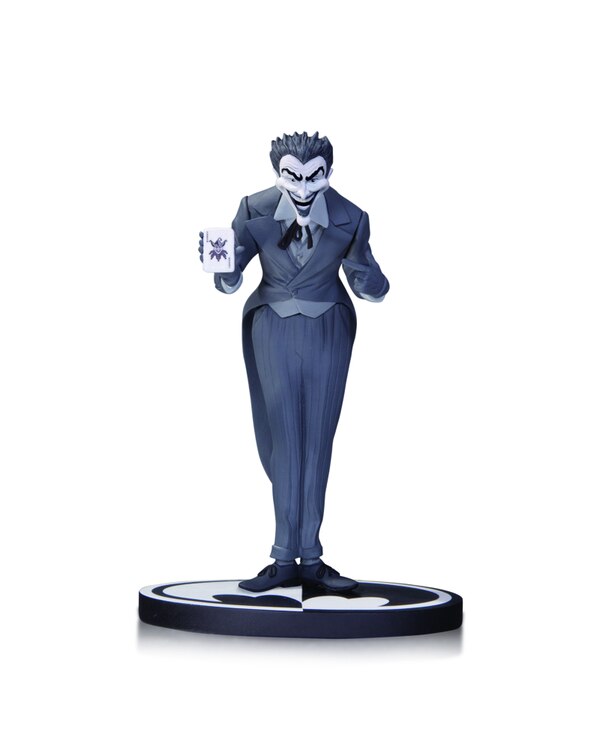 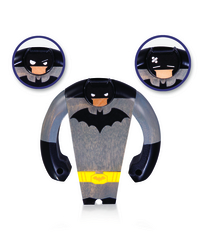 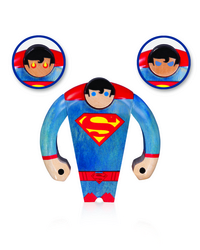 BATMAN AND SUPERMAN WOOD FIGURES
Your favorite Super Heroes get a unique wooden makeover with this all-new line of Wood Figures! Mix, match, and swap arms, legs and heads with these fun-filled new figures carved from eco-friendly Rubberwood!
Measures Approximately 4" Tall
EACH FIGURE SOLD SEPARATELY
$12.95 US • On Sale December 2014 * Allocations May Occur 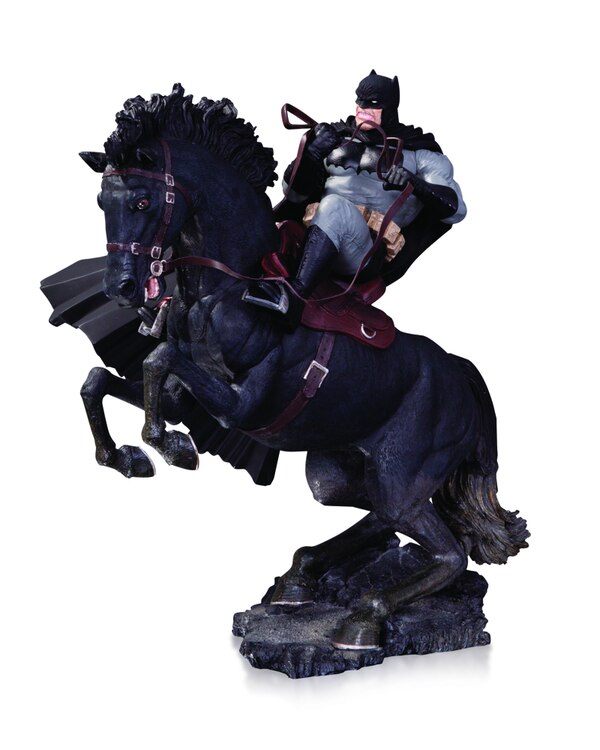 THE DARK KNIGHT RETURNS: A CALL TO ARMS STATUE YEAR OF THE HORSE EDITION
Mounted on a horse as black as night, the caped crusader rallies the troops in the statue inspired by Frank Miller's legendary work, BATMAN: THE DARK KNIGHT RETURNS! Don't miss your chance to get this limited edition run commemorating the Year of the Horse with all new Batman deco!
Limited Edition of 1000
Measure Approximately 14" Tall
* $399.95 US * On Sale December 2014 * Allocations May Occur 129 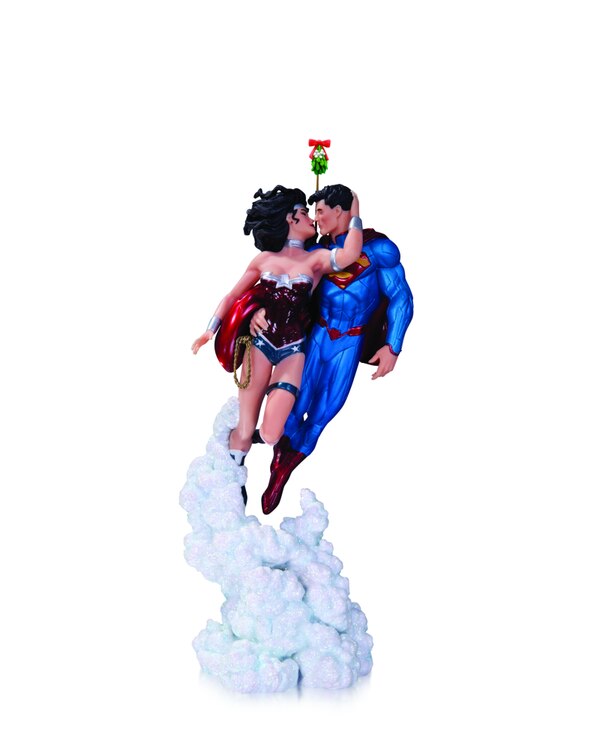 SUPERMAN AND WONDER WOMAN HOLIDAY KISS MINI STATUE
The Man of Steel and the Amazon Warrior steal a kiss under the mistletoe in this intricately sculpted miniature version of the best-selling statue ripped from the pages of the best-selling JUSTICE LEAGUE comics and graphic novels illustrated by superstar artist Jim Lee.
Measures Approximately 8.75" Tall
* $99.95 US * On Sale December 2014 * Allocations May Occur 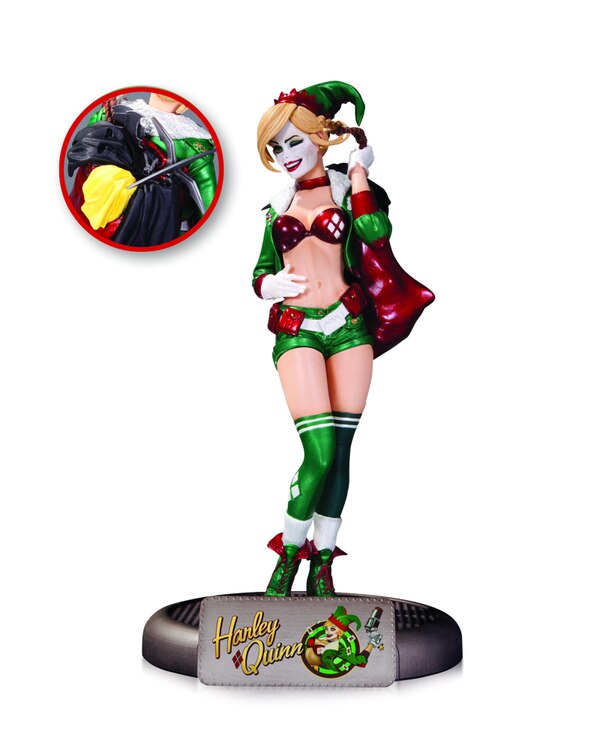 BATMAN: KELLEY JONES GALLERY EDITION HC
Written by DOUG MOENCH
Art by KELLEY JONES, JOHN BEATTY and others
Cover by KELLEY JONES
Advance solicit • On sale NOVEMBER • 248 pg, FC • 12” x 17” • $125.00 US
Graphitti Designs proudly launches their new, large-format hardcover book series with BATMAN: KELLEY JONES GALLERY EDITION. For the first time ever, Dark Knight fans and collectors will have the opportunity to see and own museum-quality reproductions of memorable Batman art...as it was originally conceived by the artist. Printed in color from high-resolution scans of the actual original art, this first entry in Graphitti Designs’ new Gallery Editions line replicates the look, feel and attitude of the artwork. Every page is reproduced at original size on heavy paper stock, capturing the artwork – stray pencil marks, whiteout, coffee stains and all! The pages are alive with all of the subtleties and nuances one would expect from investment-quality original comic art.
BATMAN: KELLEY JONES GALLERY EDITION is the first in a series of deluxe, hardcover books from Graphitti Designs that faithfully reproduces the original art from select, key DC Comics series. This inaugural volume contains the covers and interior pages from BATMAN #515 through #525, minus the interior of issue #520, which Kelley did not draw. These stories are written by Doug Moench, with most pages inked by John Beatty.
Graphitti Designs’ Gallery Editions reproduce the look, feel and attitude of the original art as it was originally created by the artist. Though it appears to be printed in black and white, the contents of these books are sourced from high-resolution, full color scans taken directly from the artwork. Each high-quality, Smythe-sewn hardcover book captures every detail of the art at actual-size, and are printed at 200 line-screen on a rich, heavy paper stock. Replicating the original art experience is our goal. Our Gallery Editions are the next best thing to holding the original art in your hands – and easier on the wallet, too!
Image 1 of 12 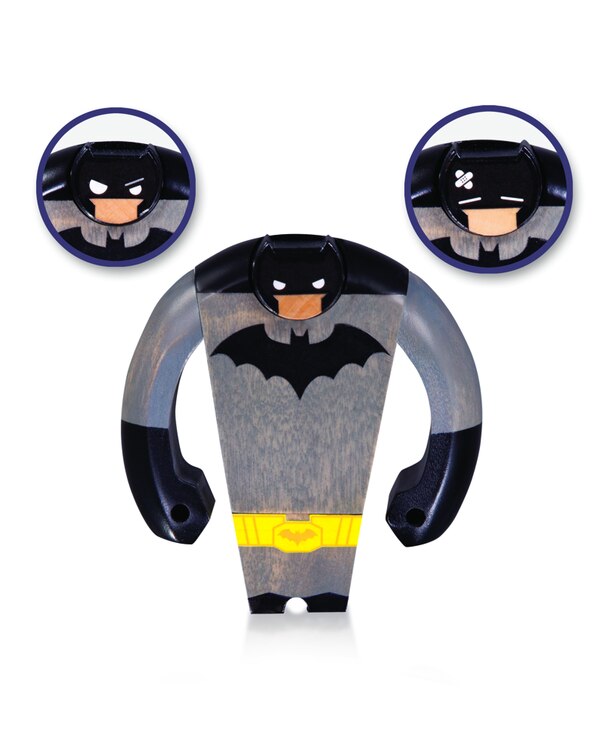 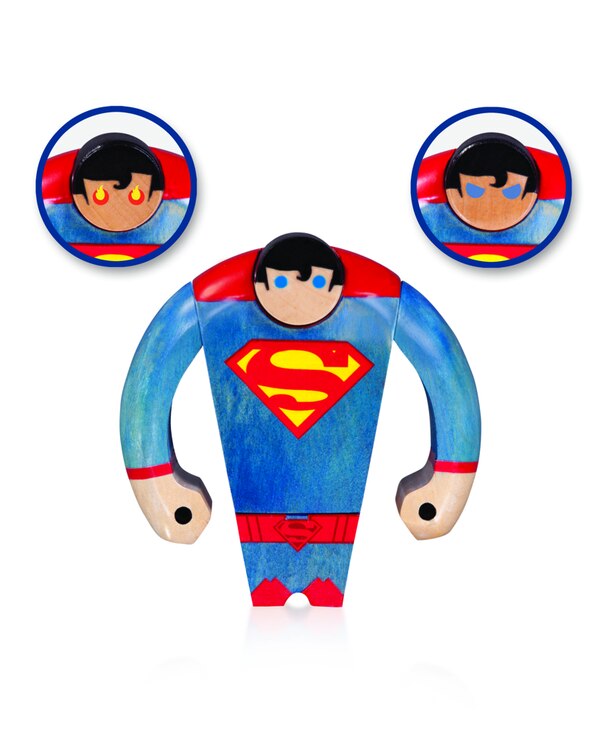