DC Comics
by Jay Cochran
December 22, 2015
Warner Bros. Interactive Entertainment and DC Entertainment announced the Season of Infamy: Most Wanted Expansion for Batman: Arkham Knight is available beginning today for fans who have purchased the Batman: Arkham Knight Season Pass for the PlayStationÛ4 computer entertainment system, Xbox One, or PC, and are connected to the Internet. The content is also available to purchase separately.

Play as Batman in the Season of Infamy: Most Wanted Expansion, protecting Gotham City from an invasion of legendary Super-Villains. Fight back against The Dark Knights biggest foes in four separate missions, with all new story arcs featuring DC Comics characters The Mad Hatter, Killer Croc, Ras Al Ghul and Mr. Freeze.

Season of Infamy missions include:

ñ Wonderland: The Mad Hatter makes things personal as the Super-Villain lures Batman into a demented, hallucinatory battle of wits across Gotham City and within the pages of a twisted story book.

ñ Beneath The Surface: The Worlds Greatest Detective and Nightwing venture out to investigate Iron Heights, a flying airship prison that housed Killer Croc, after it crashed in the waters surrounding Gotham City.

ñ Shadow War: Picking up after the events of Batman: Arkham City, Batmans devout moral code is pushed to its limits as Ras Al Ghuls health rebounds with the help of the League of Assassins.

ñ 2008 Movie Batman Skin: Patrol the streets of Gotham City with this Batsuit inspired by the 2008 movie The Dark Knight.

Batman: Arkham Knight brings the award-winning Batman: Arkham trilogy from Rocksteady Studios to its epic conclusion. Developed exclusively for the new generation of consoles and PCs, Batman: Arkham Knight introduces Rocksteady's uniquely designed version of the Batmobile. The highly anticipated addition of this legendary vehicle, combined with the acclaimed gameplay of the Batman: Arkham series, offers gamers the ultimate and complete Batman experience as they tear through the streets and soar across the skyline of the entirety of Gotham City. In this explosive finale, Batman faces the ultimate threat against the city that he is sworn to protect, as Scarecrow returns to unite the super criminals of Gotham City and destroy the Batman forever.
Image 1 of 3 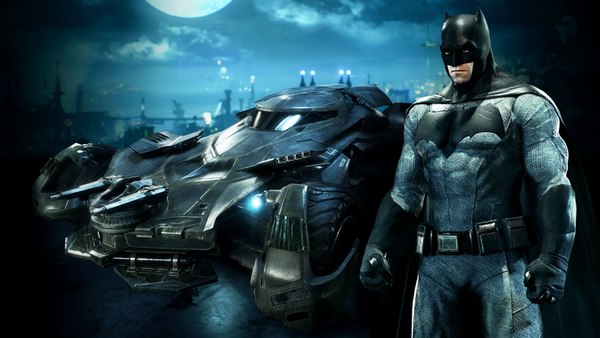 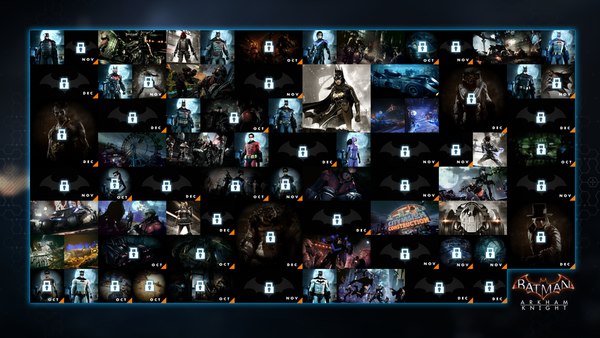 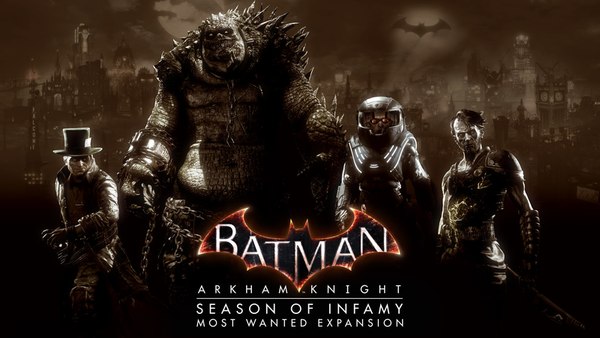