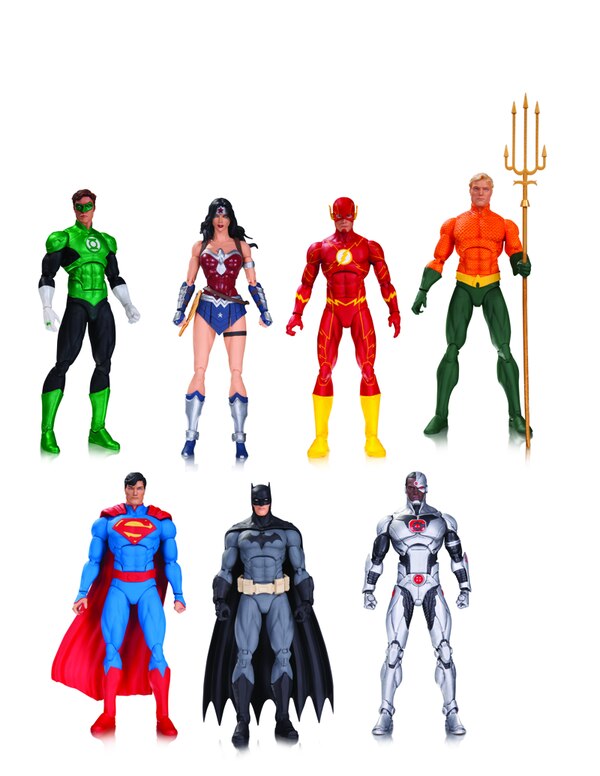 JUSTICE LEAGUE OF AMERICA ACTION FIGURE 7-PACK
The world’s greatest heroes are united once more in this new action figure 7-pack! This is your chance to combine the might of Aquaman, Batman, Cyborg, The Flash, Green Lantern, Superman and Wonder Woman in one amazing set.
Each figure measures approximately 7” tall
$125.00 US • On sale November 2016 • Allocations may occur 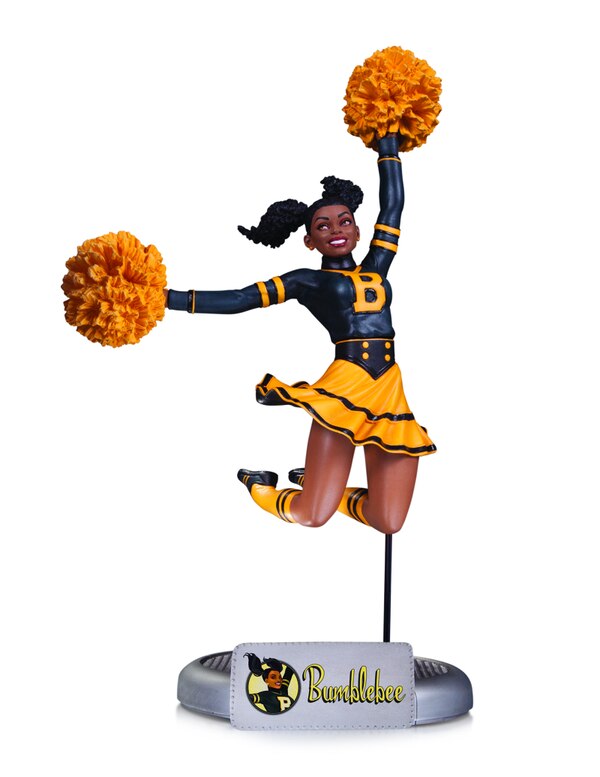 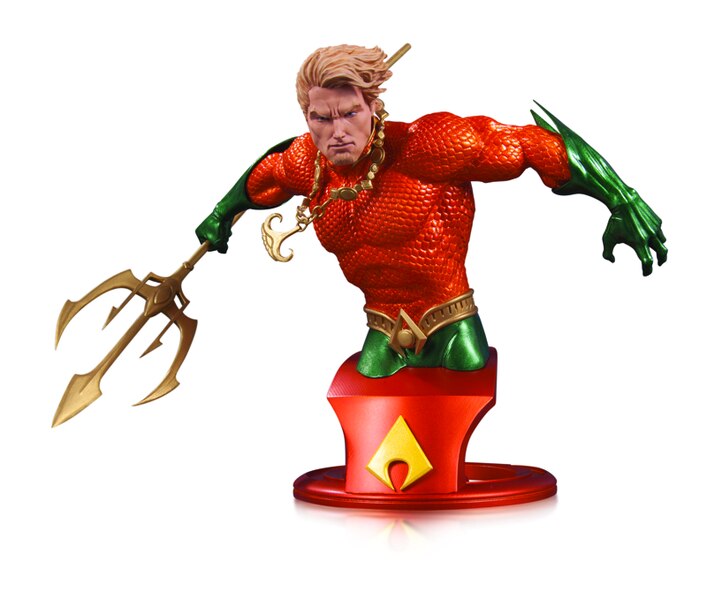 DC COMICS SUPER HEROES: AQUAMAN BUST
Designed by JIM LEE
Sculpted by ALEJANDRO PEREIRA
Aquaman is the latest bust in the DC Comics Super Hero line, as designed by superstar artist Jim Lee! This bust captures a monarch in motion as his quest for justice goes on.
Limited Edition of 2,500
Measures approximately 5.7” tall
$50.00 US • On sale November 2016 • Allocations May Occur 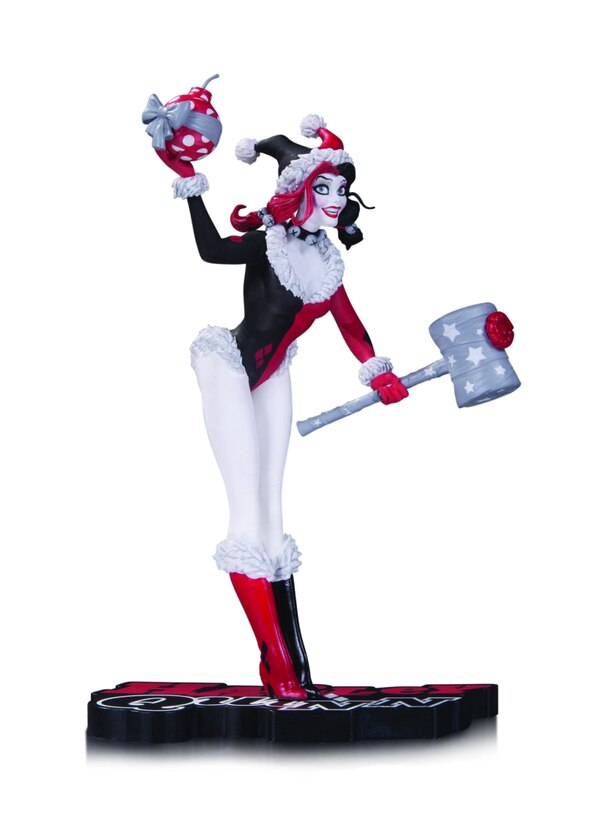 HARLEY QUINN: RED, BLACK AND WHITE HOLIDAY STATUE
Designed by AMANDA CONNER • Sculpted by PAUL HARDING
It’s a Harley holiday with this new statue of our favorite kooky criminal, Harley Quinn! Designed by her cowriter and artist Amanda Conner, Harley’s in the spirit of the season with special gift-wrapping for her bomb and hammer.
Measures approximately 7” tall
$80.00 US • On Sale November 2016 • Allocations May Occur 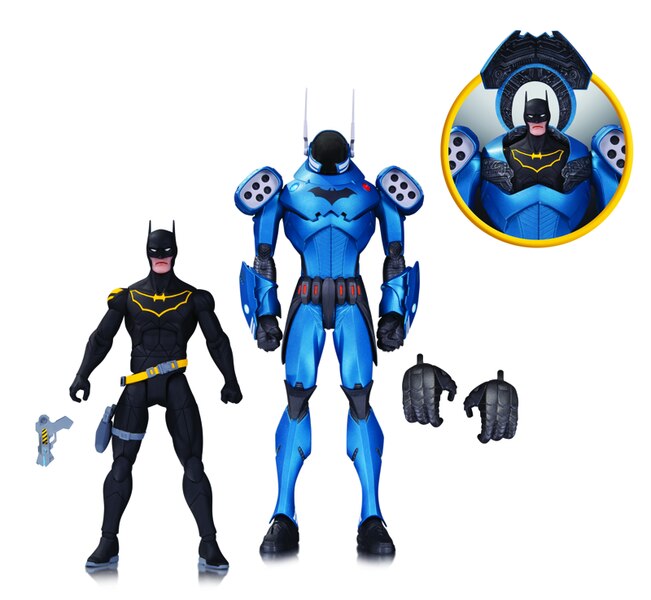 DC DESIGNER SERIES: BATMAN BY GREG CAPULLO ACTION FIGURE 2-PACK
With Bruce Wayne missing in action, it falls to James Gordon to take on the mantle of the Bat as the new protector of Gotham City! With strength-enhancing armor and backup from the GCPD, this Batman is taking crime-fighting in a whole new direction! This new action figure 2-pack captures artist Greg Capullo’s vision for a new Batman!
Batman — 6.75”
Armored Batman – 10”
$50.00 US • On sale November 2016 • Allocations May Occur 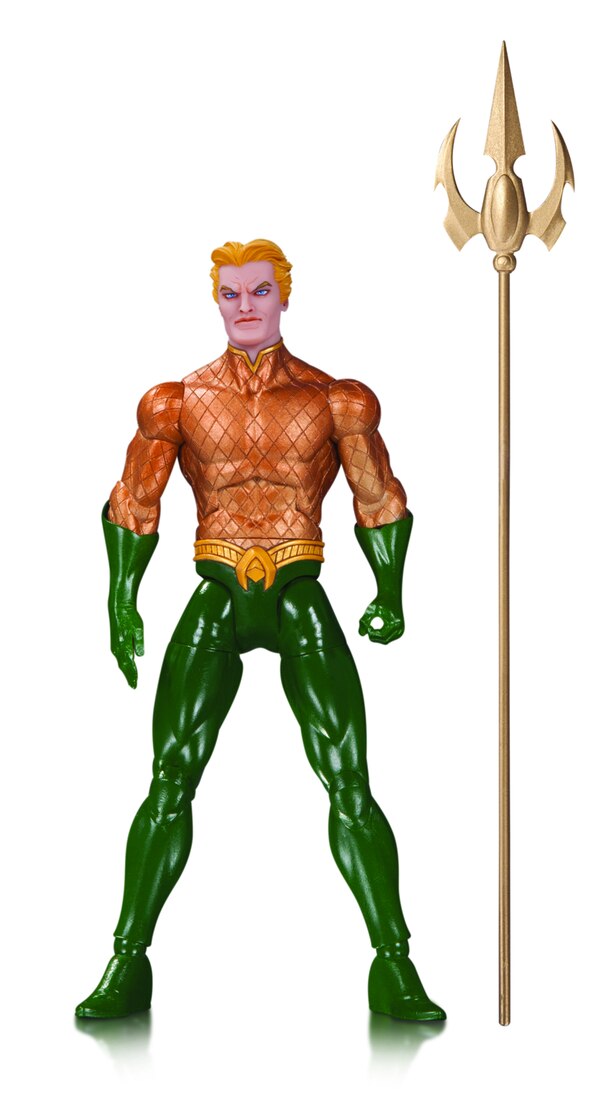 DC DESIGNER SERIES: AQUAMAN BY GREG CAPULLO ACTION FIGURE
The king of Atlantis never looked sharper than when he was drawn by artist Greg Capullo! This new Aquaman action figure comes with its own trident.
Aquaman — 6.75”
$28.00 US • On sale November 2016 • Allocations May Occur 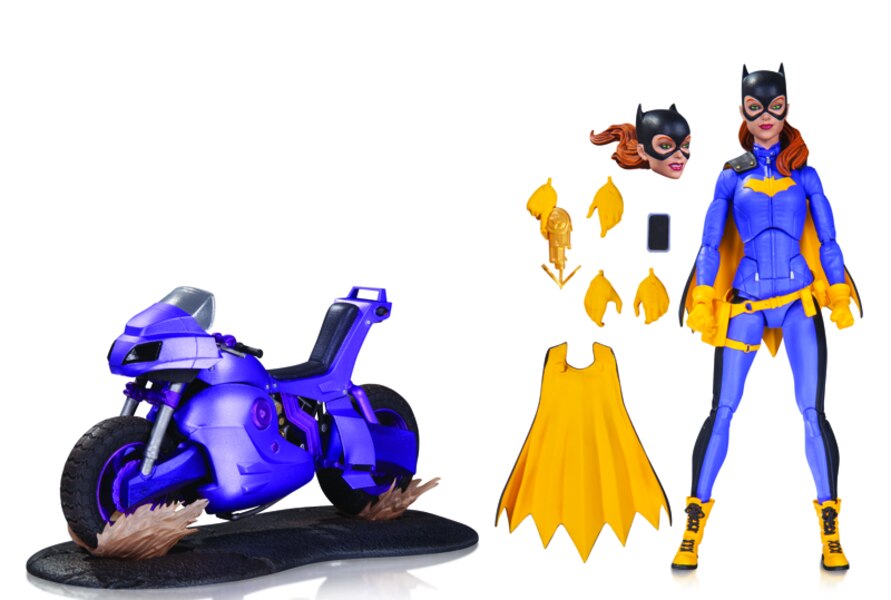 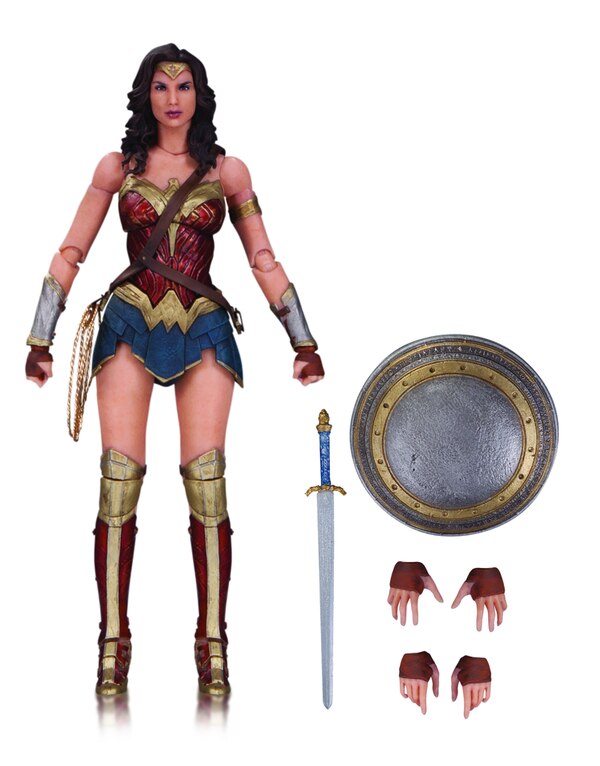 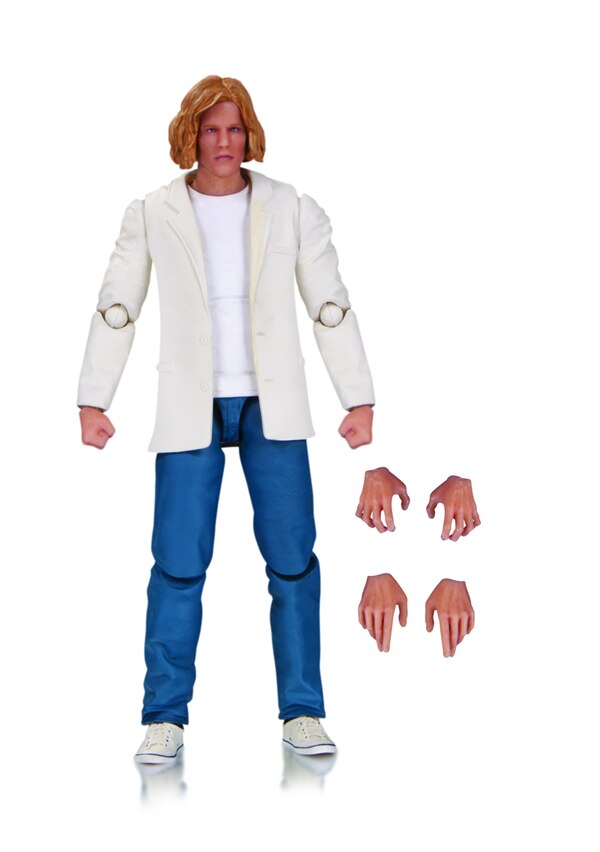 Each figure sold separately
$45.00 US each • On Sale November 2016 • Allocations May Occur

DC FILMS: MAN OF STEEL: JOR-EL AND NAM-EK ACTION FIGURES
The DC Films line of action figures presents two characters as they appeared in the hit 2013 film Man of Steel: Jor-El, Kryptonian father of Superman, and Nam-Ek, the deadly lieutenant to General Zod! 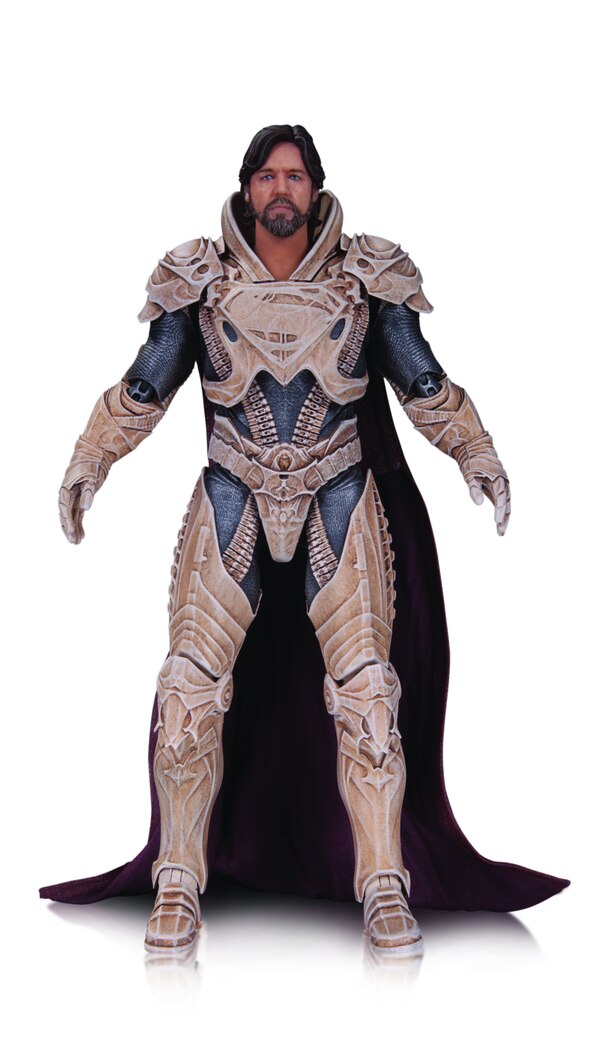 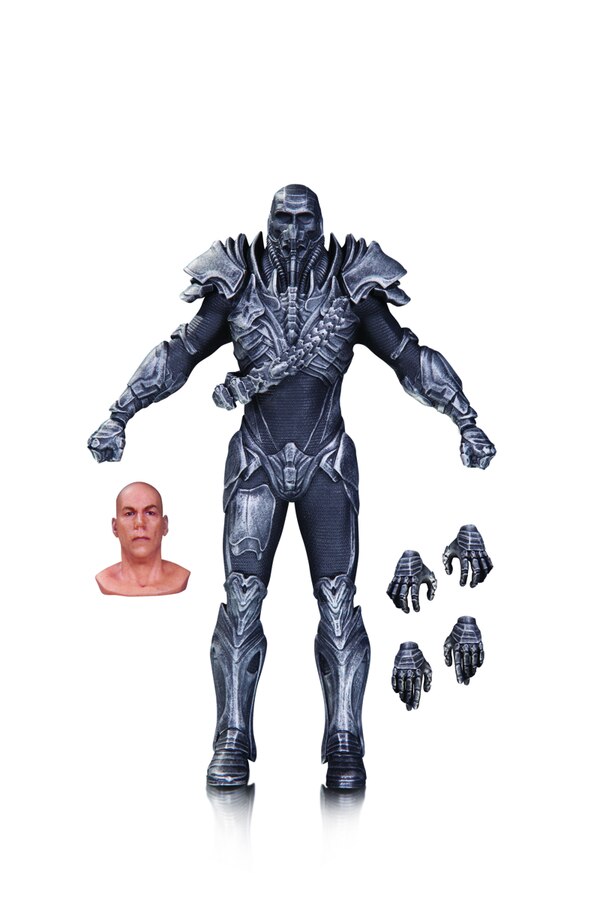 Each figure sold separately
$45.00 US each • On Sale November 2016 • Allocations May Occur 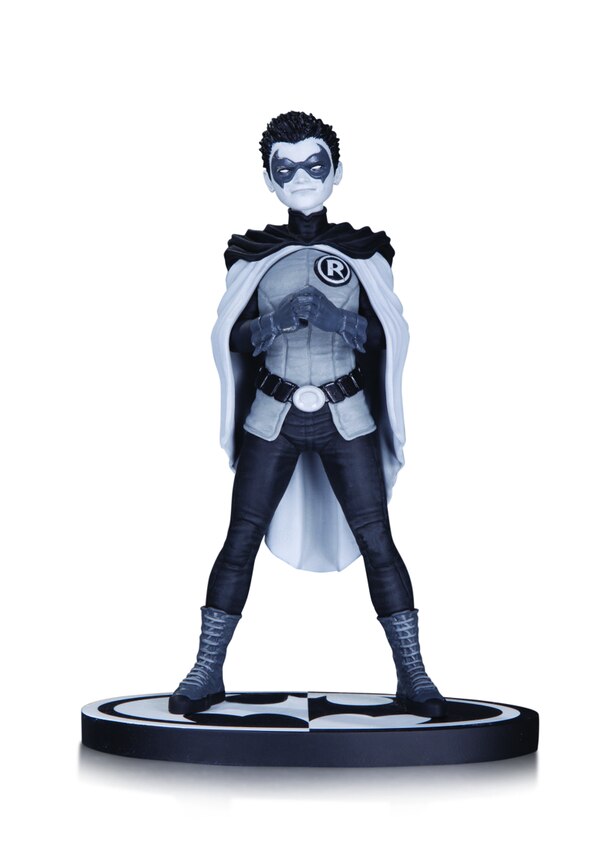 BATMAN BLACK & WHITE: ROBIN BY FRANK QUITELY STATUE
Designed by FRANK QUITELY
Sculpted by PAUL HARDING
From the pages of BATMAN AND ROBIN, artist Frank Quitely’s rendition of the Boy Wonder is the latest in the very popular BATMAN BLACK & WHITE statue series!
Limited edition of 5,200
Measures approximately 6.25” tall
$80.00 US • On sale November 2016 • Allocations May Occur
Image 1 of 12