DC Comics
by Jay Cochran
June 08, 2016
Mezco has released new images and details for their 2016 San Diego Comic Con exclusive One:12 Dawn Of Justice Armored Batman figure. It will cost $110.

Batman is ready for the unthinkable. Fearing the actions of a god-like superhero left unchecked, Gotham City's own formidable, forceful vigilante takes on Metropolis' most revered, modern-day savior using an armored Batsuit.

Featuring an incredible, digitally modeled sculpt to craft an exceptional screen-accurate figure, Armored Batman is assembled on a One:12 Collective body featuring over 44 articulated points of movement.

To accurately capture the look of the on-screen armor, Batman's chest plate is cast in real metal. Just as they did in the film, the eyes of Batman's helmet illuminate with a switch discreetly located at the base of his helmet.

Each figure is packaged in a deluxe, fifth panel window box with protective slipcover. Designed for collector convenience, the packaging allows for both maximum protection as well as ease of removal for display.

This Convention Exclusive will only be available here on our website or at San Diego Comic Con at Mezco's booth #3445.
Image 1 of 6 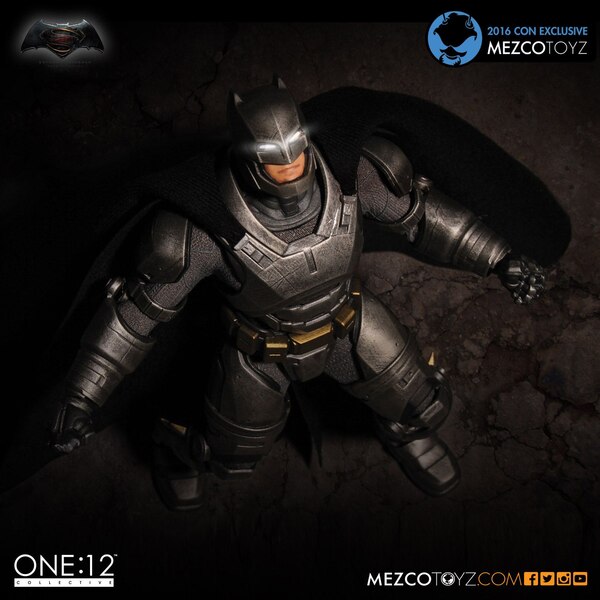 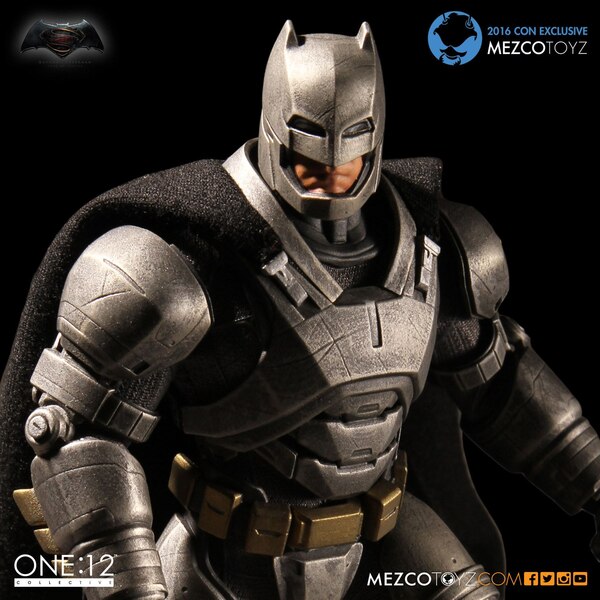 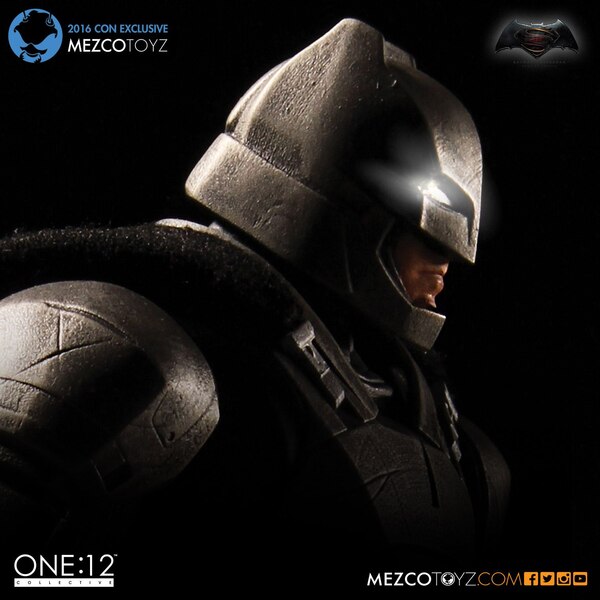 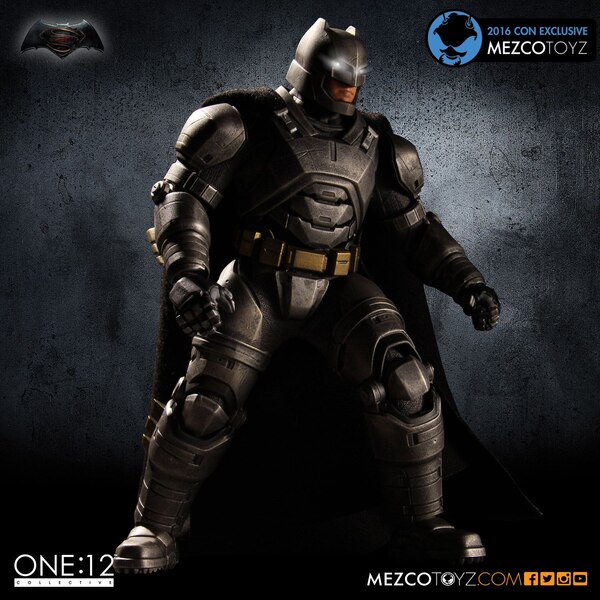 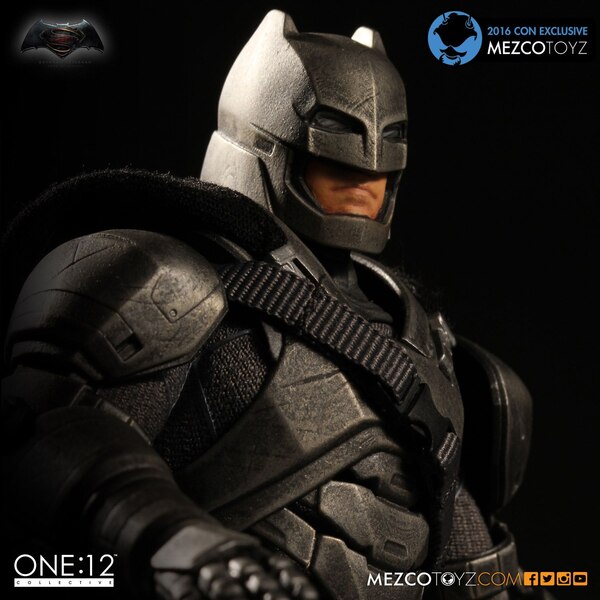 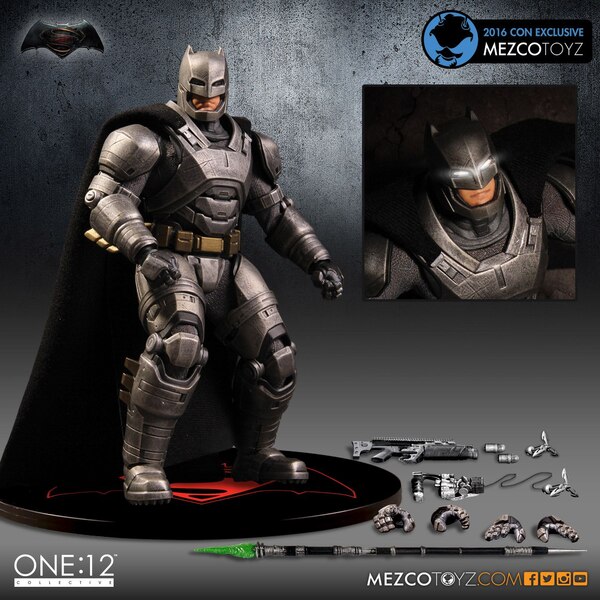