DC Comics
by Jay Cochran
June 12, 2016
UPDATE 2: This image has been confirmed as the Multiverse 12" figure, though we are told the 6" version should look almost identical to this one.

UPDATE: Brandon points out that since their appears to be no angle at the bottom twoards the right of the packaging like has been seen with the packaging on previous 6" Multiverse figures, this might be a 12" figure as opposed to 6".

Roger sends us this image that has hit the net of what appears to be the upcoming Mattel 6" DC Comics Multiverse Suicide Squad Movie Harley Quinn figure. While we aren't quit sure where the image originated from and at this point can only assume its authentic, we are told the person who took this picture managed to get it at a Target store that apparently put the figure out early. If the image is legit, this would be our first look at it since Mattel did not have the figure on hand at Toy Fair back in February when they showed off the rest of their Suicide Squad movie figures, and have been unwilling to release any official images of the figure up to this point. The only thing that remotely causes us to question the legitimacy of the image is that the skin-tone on the face seems a bit off to us, but that may just be the result of bad lighting.

Anyway thanks to Roger for the heads up and if we come across any more images or if Mattel finally decides to release official images we will be sure to update you. If you haven't already checked out images for the other Suicide Squad movie figures from the wave, be sure to CLICK HERE.
Image 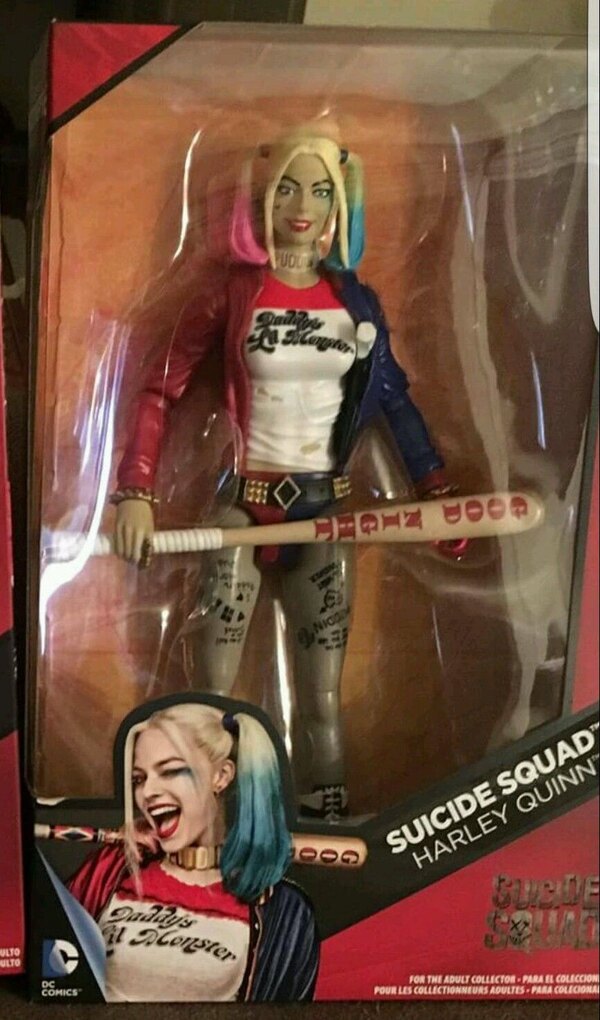