Here is the official description:

In October of 1941 DC COMICS introduced the world to the warrior princess of the Amazons, PRINCESS DIANA OF THEMYSCIRA, aka DIANA PRINCE, more commonly known as WONDER WOMAN™. With a wide range of Super Powers including speed, strength, and agility, she defeats evil to protect the world from darkness. She possesses an arsenal of weapons, most notably the LASSO OF TRUTH and the INVISIBLE JET, and is unstoppable in the face of peril.

The figure itself is just a re-issue of the Wonder Woman figure released in the 2010 SDCC exclusive Infinite Heroes Starro Figure 5-Pack. While the description doesn't specifically say, based on the images and the $15 price, we presume the jet is nothing more than a plastic clamshell made to display the figure.

This exclusive along with the rest of Mattel's San Diego Comic Con offerings will be available for pre-order later today at 9am PT. Click here to check out their product pre-order page.
Image 1 of 5 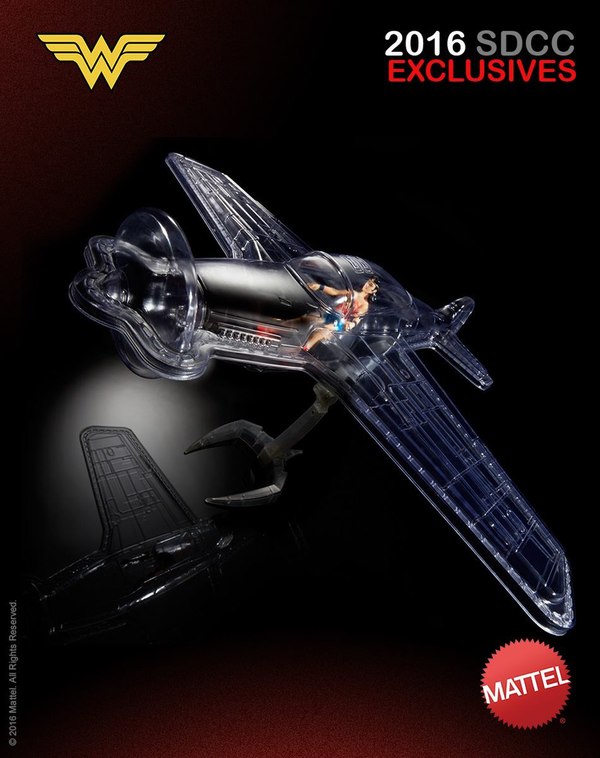 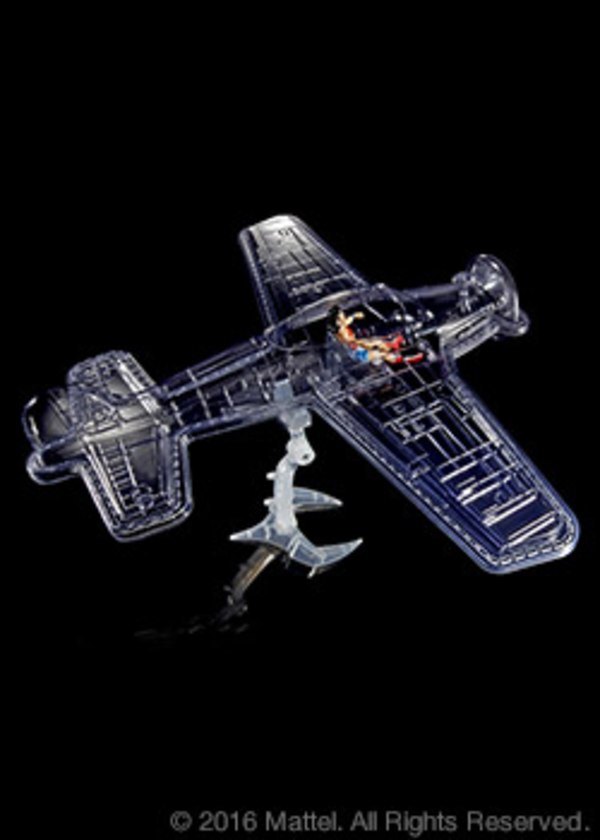 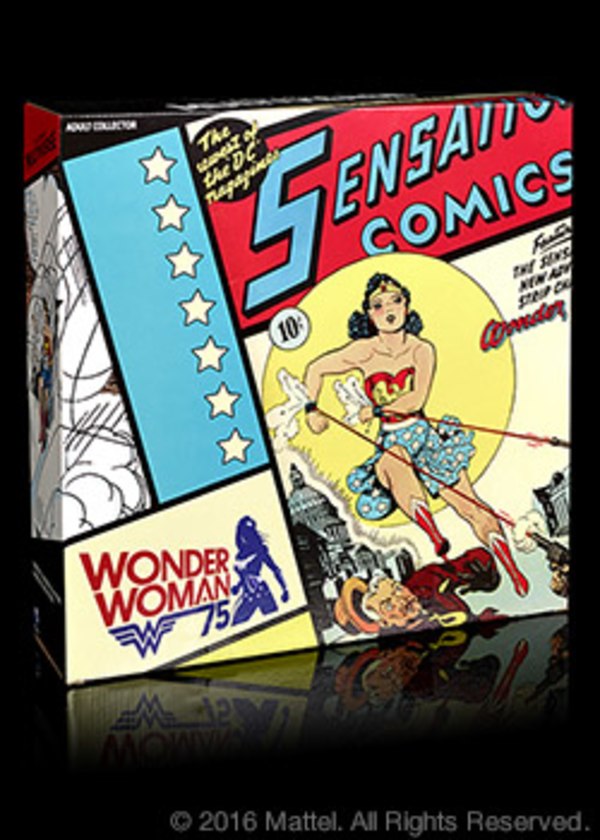 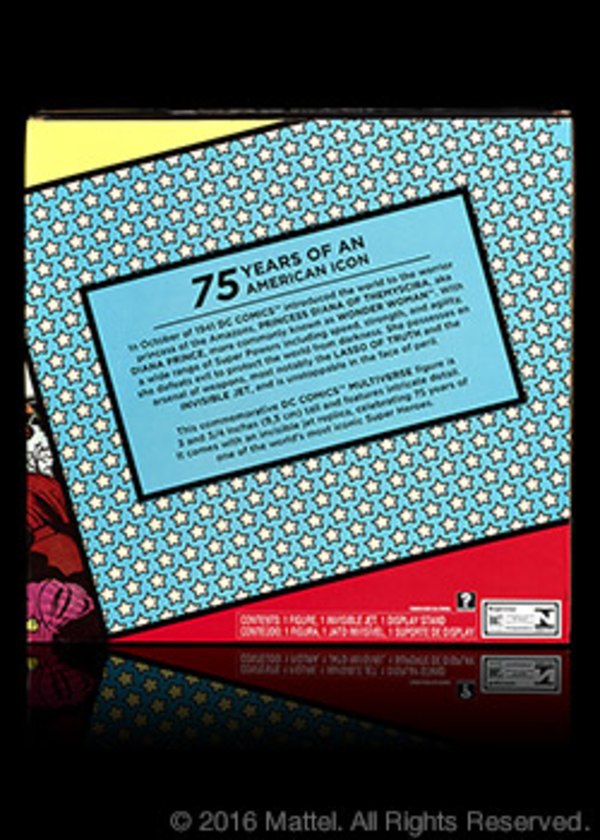 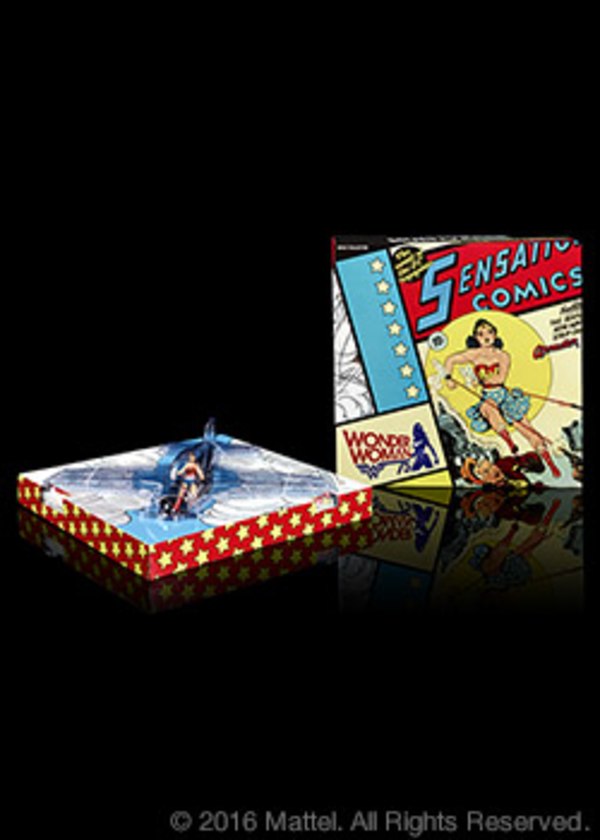