Mehcad Brooks To Gear Up As 'Guardian' On Supergirl

DC Comics
by Outsiders
October 13, 2016
Mehcad Brooks and Supergirl Executive Producer Andrew Kreisberg revealed that James Olsen, played by Brooks will be suiting up and taking on the role of Guardian this season. Check out the image below of Guardians costume and the whole story of Olsen and his role as Guardian. 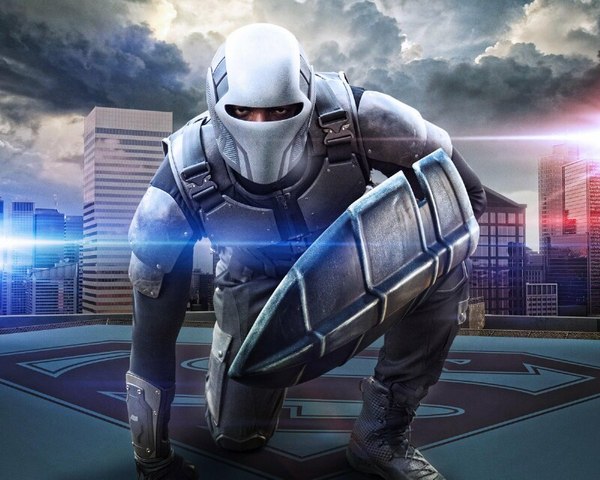 As Kreisberg told DC Comics, “These next few episodes are going to make [James] realize that being a photographer is not enough for him, so he’s going to go on a pretty exciting career trajectory that we’re really pumped by. James is going to decide that he can no longer sit back and be a sidekick, so he’s going to decide to become a vigilante. He’s going to become Guardian, complete with the shield, which is going to cause a massive problem in his relationship with Kara because he has decided not to tell her. Now there’s this new masked vigilante, and she has her own feelings about vigilantes, and it becomes a push and pull about who gets to decide who gets to be a hero?”

“He’s recruited Winn to help him,” Kreisberg revealed. “The two of them are doing this together, and Winn and James together—it’s comedy gold. Watching Winn, as he takes his job at the DEO, but then he’s lying to everybody about how he’s spending his nights—because he’s going out with James—and how he walks in exhausted or walks in with a black eye and says he walked into a door. It’s the fun and excitement of building these first 10 episodes.”

Guardian was first created by Joe Simon and Jack Kirby back in 1942, and yes, he does bear some similarities to their other famous hero. In addition to his appearance, Guardian traditionally has no super powers. He’s just a very skilled, very brave fighter.