DC Comics
by Jay Cochran
November 15, 2017
Mezco has released official details and a few images for their upcoming Justice League Movie One:12 Collective Aquaman figure which will go up for pre-order this Friday and be available for purchase at places like BigBadToyStore.com.

Fueled by his restored faith in humanity and inspired by Superman's selfless act, Bruce Wayne enlists newfound ally Diana Prince to face an even greater threat. Together, Batman and Wonder Woman work quickly to recruit a team to stand against this newly awakened enemy. Despite the formation of an unprecedented league of heroes -- Batman, Wonder Woman, Aquaman, Cyborg and the Flash -- it may be too late to save the planet from an assault of catastrophic proportions.

The One:12 Collective Justice League Aquaman figure features a film accurate sculpt and costuming. The figure also comes equipped with his legendry trident and Mother Box, as well as a display base with logo and adjustable display post

Each One:12 Collective Justice League Aquaman Figure is packaged in a collector friendly box, designed with collectors in mind there are no twist ties for easy in and out of package display. 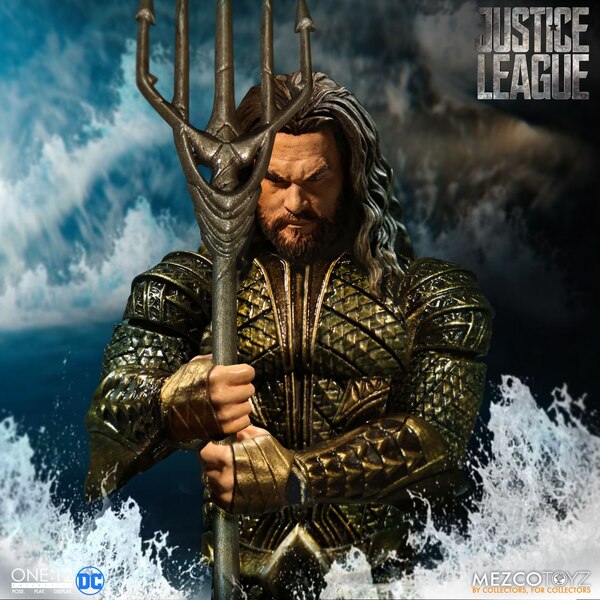 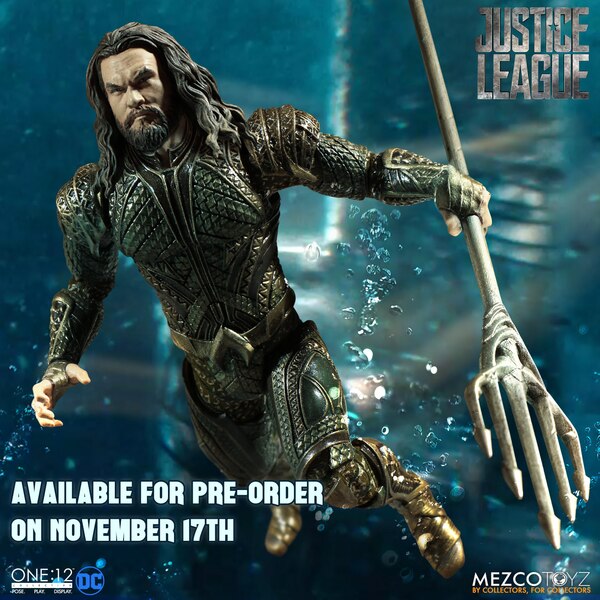 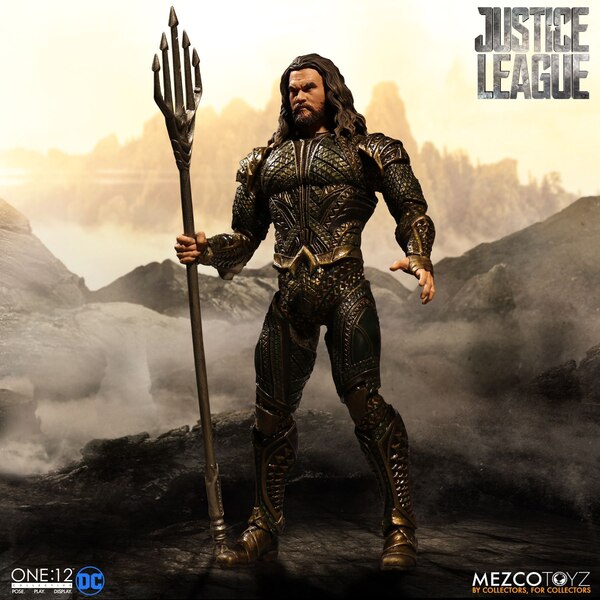 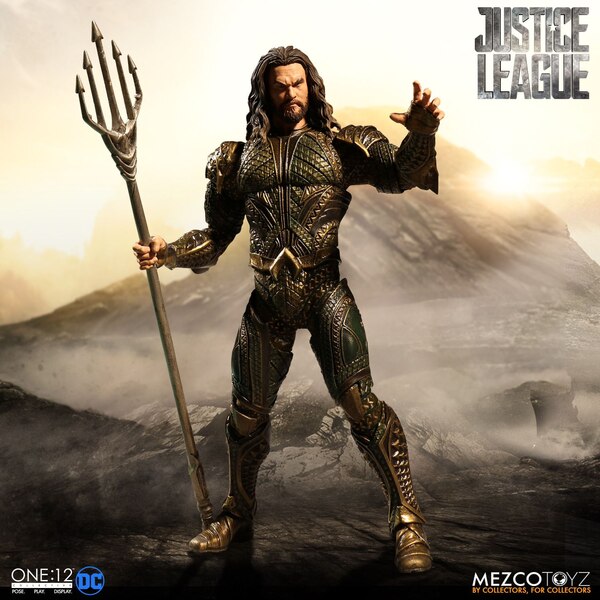 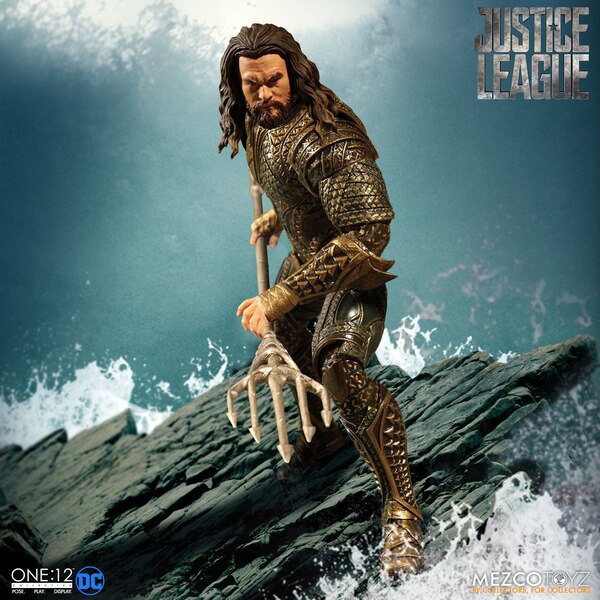 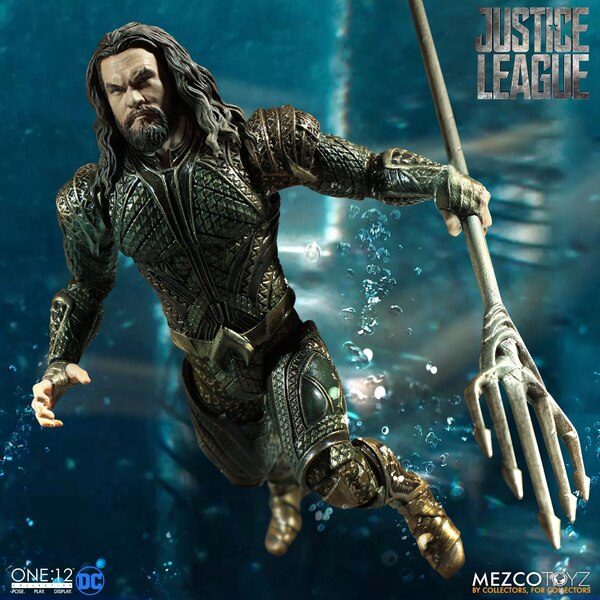 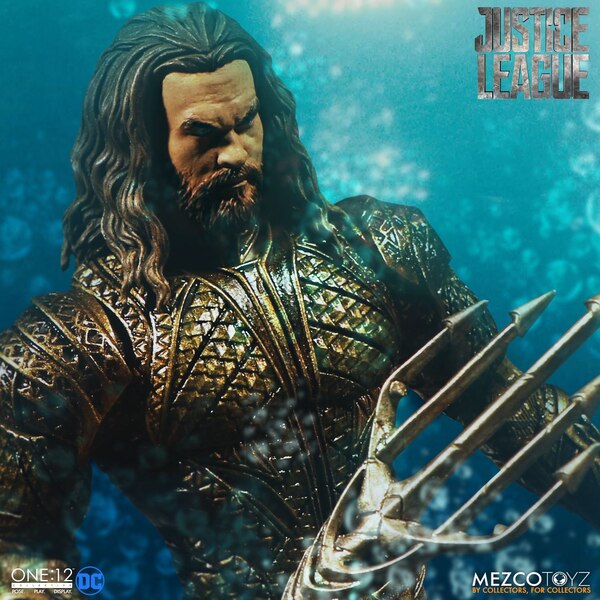 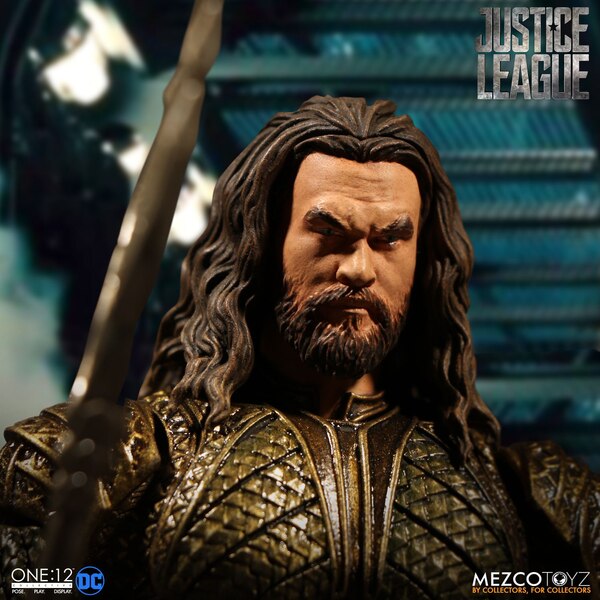 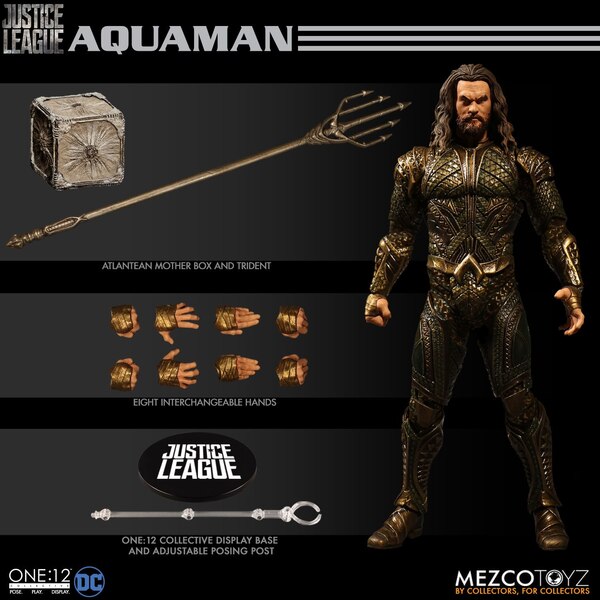