DC Comics
by Jay Cochran
September 02, 2004
Welcome to a another segment of "The Next Big Thing". This is where we at Toy News International take a look at a new or upcoming toy line that we feel has real potential to become the "Next Big Thing". This time, we will be taking a look at the new line of Batman/Justice League C3 Contruction sets with Minimate figures from Art Asylum.

Art Asylum and its President Digger have always thought outside the box when it comes to designing their products. In doing so, they have brought many great innovations to the world of toys, including the phenomenon known as Minimates. Minimates, with their attention to detail and incredible articulation for such small figures, have taken action figures to a whole new level. The first lines of Minimates that Art Asylum released were 3" tall and sported up to 12 points of articulation. They had lines based on such things as Bruce Lee, Crouching Tiger Hidden Dragon and even Star Trek. 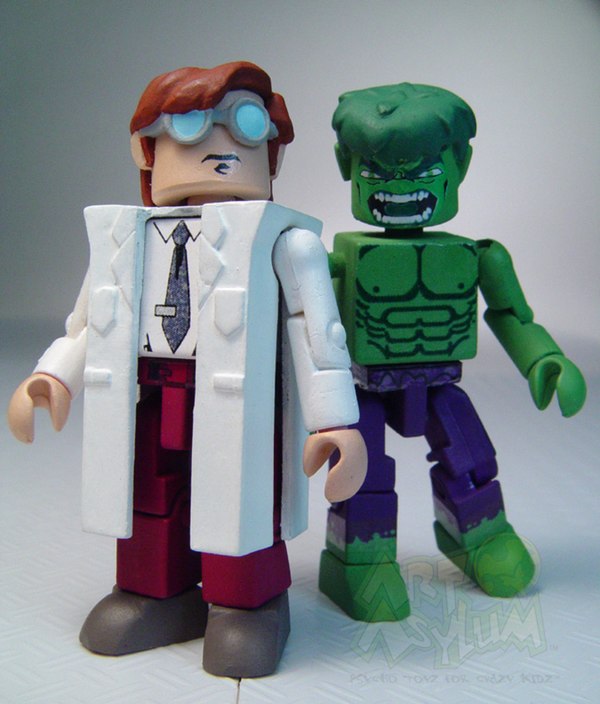 Then came the Marvel Minimates, even smaller figures based on everyone's favorite Marvel Super Heroes. Only 2" tall and sporting up to 14 points of articulation, these figures took the collector world by storm.

Art Asylum takes it one step further with the introduction of C3: new building block construction sets containing DC Comic Minimates. You can build things like your own Batcave or Batmobile while getting cool DC Comic Minimate figures like Batman and Superman (featuring the same 2" scale, attention to detail, and articulation as the Marvel Minimates). Now from the comfort of your living room -- or even your office cubicle at work -- you can stage great battles between your favorite heroes and villians.

Look for these sets and others on sale now at Wal-Mart, Toys R' Us, Kohl's and more.