For decades Batman has entertained fans around the globe through comic books, television shows and movies; making The Dark Knight one of the world's most popular super heroes ever. On September 11, 2004 Batman appears in an all new animated series, "The Batman", on the Kids WB!, introducing this crime-fighting legend to a new legion of kids. But this time around, kids can not only watch all of the action, they can become a part of the action like never before with Mattel's new, innovative line of Batman T.V. Activated toys that really do bring the thrill of the series "to life" by letting users hear messages from Batman and download villians, weapons and vehicles straight from the T.V. screen via VEIL technology (Video Encoded Invisible Light).

In addition, Mattel also introduces a new line of traditional action figures and accessories based on "The Batman" that features the contemporary look as seen on the new series on some familiar faces like that of Batman, The Joker and Bruce Wayne; as well as the Batmobile and Batcave.

Batman T.V. Activated Batmobile Vehicle: The ultimate electronic Batmobile uses revolutionary new Batwave technology to interact with the Batman animated series. A detachable handheld Batlink receives real-time signals from the television show. When the Batlink is attached to the Batmobile, the vehicle reacts to action on the TV screen with transformations, lights and sounds. The Batmobile has a speaker and holds one figure. With the removable Batlink, kids hear secret messages from Batman and download villians, weapons, and upgrade Batmobile features from the TV. Later, those can be used in customizable adventures, Batmobile adventures, and much more. Includes vehicle, Batlink and earpiece. A.R.P. $54.99, available in November 2004.

Batman T.V. Activated Batlink: This electronic handheld device receives real-time singals from the TV show, bringing kids into the world of Batman like never before. With the communicator, kids can hear secret messages straight from Batman and download villians, weapons and vehicles straight from the TV for use in customizable adventures, Batman missions and much more. Includes earpiece. A.R.P. $26.99, available in November 2004.

The Batman Animated Basic Figures: This series-inspired line includes an assortment od (approximately) 5 3/4" of action figures, inspired by the new animated series form Warner Bros. Animation, "The Batman." Each figure has 10 points of articulation and is equipped with personalized accessories. Eight different figures are included in the assortment including Batman, The Joker and Bruce Wayne. A.R.P. $6.99, available now. 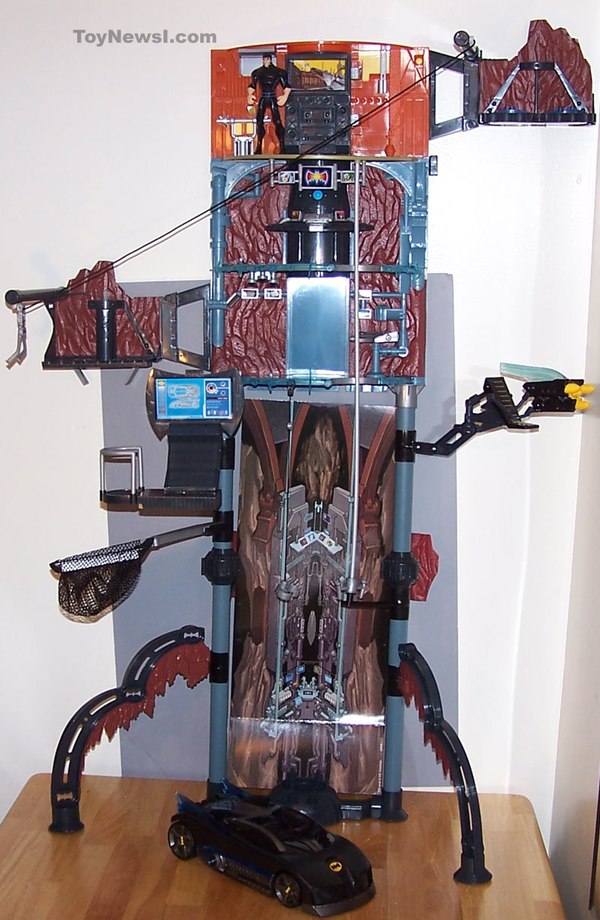 The Batman Animated Batcave: The greatest super hero headquarters deserves the ultimate playset, and at a towering 3 1/2-feet in height (approximately), this innovative Batcave is a true orginal. Using adhesive technology, kids can set up the Batcave on just about any wall. Features include a moveable weapons turret with launching projectiles, a working elevator, an adjustable two-foot (approximately) long active zip line and much more. A.R.P. $39.99, available now. 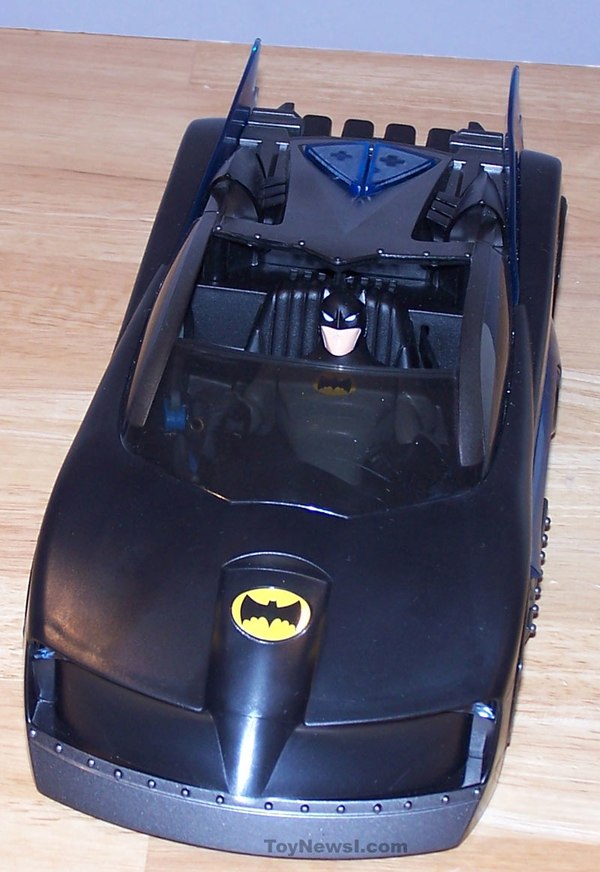 Batman Animated Batmobile: Batman has a new, radical version of the most beloved, action-packed vehicle of all time. Seating one action figure, this Batmobile includes lights and sounds and twin missle launchers that "eject" from each side of the vehicle. A.R.P. $19.99, available now.