DC Comics
by Jay Cochran
August 26, 2022
Shown below is the Batman 1989 Modular Utility Grapnel Set from Paragon FX Group which you can pre-order now from our sponsor Entertainment Earth. Free USA Shipping when you use Code SUNFREE22

"Where does he get those wonderful toys?"
The grapnel - one of Batman's greatest gadgets!
Incredibly detailed, museum-quality, 1:1 scale prop replica.
Inspired by Tim Burton's 1989 Batman superhero film.
Limited edition of only 1,500 pieces!

Paragon FX Group and Warner Bros. announce what is arguably one of Batman's greatest gadgets, the modular utility grapnel! This multipurpose, handheld unit allows Batman to store numerous items on his utility belt yet deploy them all from a single device. The Batman 1989 Modular Utility Grapnel Set is an incredibly detailed, museum-quality, 1:1 scale prop replica engineered to look and feel like the real thing. It's limited to only 1,500 units worldwide and may well become the centerpiece of your collection!

Please note: The metal bolos and brass grapnel are interchangeable with the hand unit but are otherwise static. They cannot be launched, repelled on, or deployed in any way. They do, however, do one thing particularly well - they'll look amazing in your collection!

Paragon's team spent 12 months in design and development alone on this set.

"We knew from the beginning that this would be one of our largest and most ambitious projects. The goal was to engineer a full-size replica that literally looks and feels like a real piece of Batman's tech. We wanted everything to be cold to the touch and have a real-world heft and feel. This meant nothing less than CNC machined aluminum would do, so we started there. Our original prototype truly did take about a year to get worked out.

We wanted everything to behave like we envisioned the original, inasmuch as allowing for multiple attachments to be placed on the hand unit. More subtle touches include the spring-loaded actuation button, flip out handle and aircraft cable wrapped around the spool of the primary hand unit. We finished everything off with an amazing, anodized finish and then tucked everything away in an appropriately themed equipment case. The end result here is a stunning, museum-quality replica set that is sure to be the highlight of any collection."
Image 1 of 9 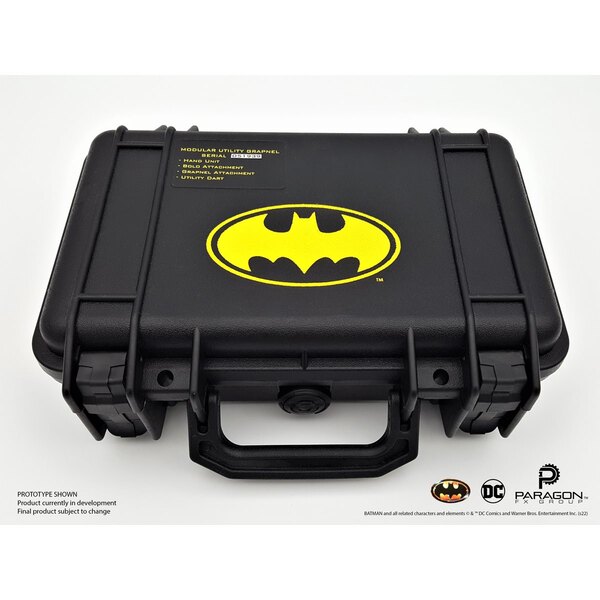 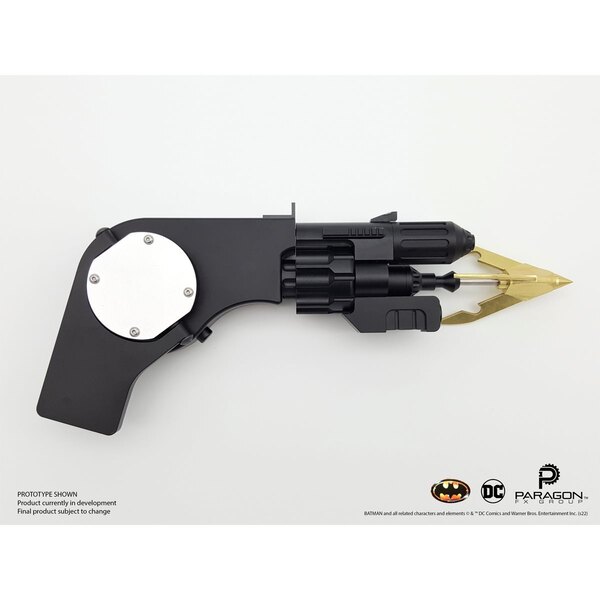 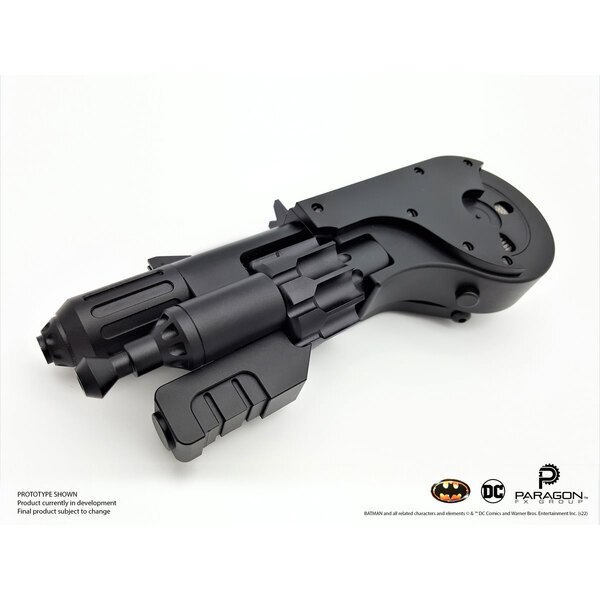 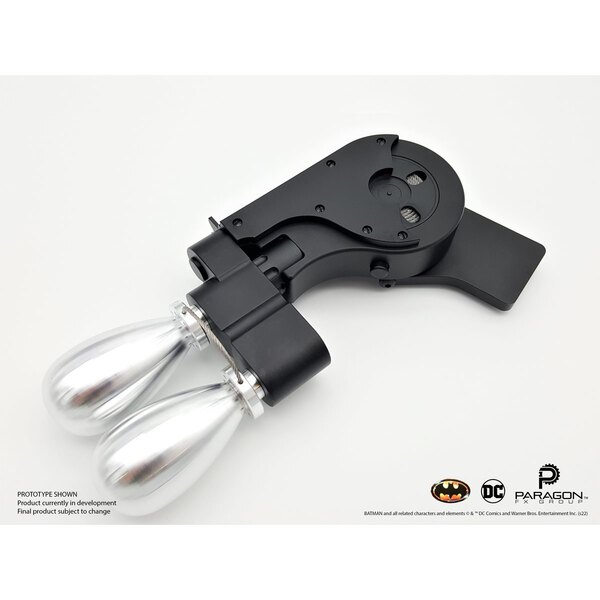 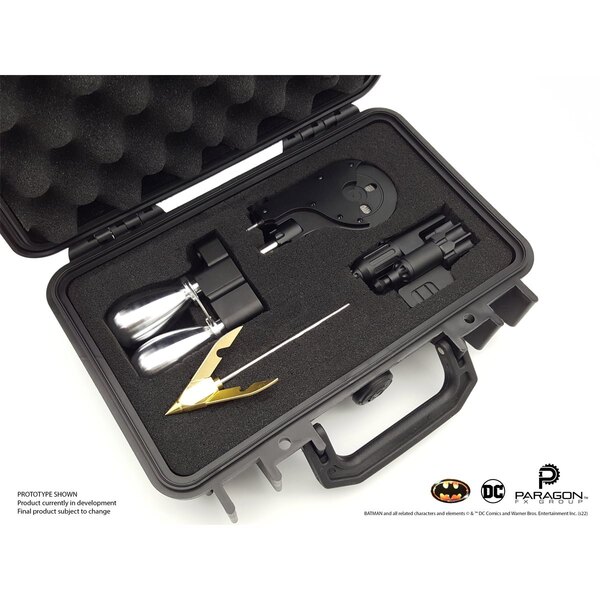 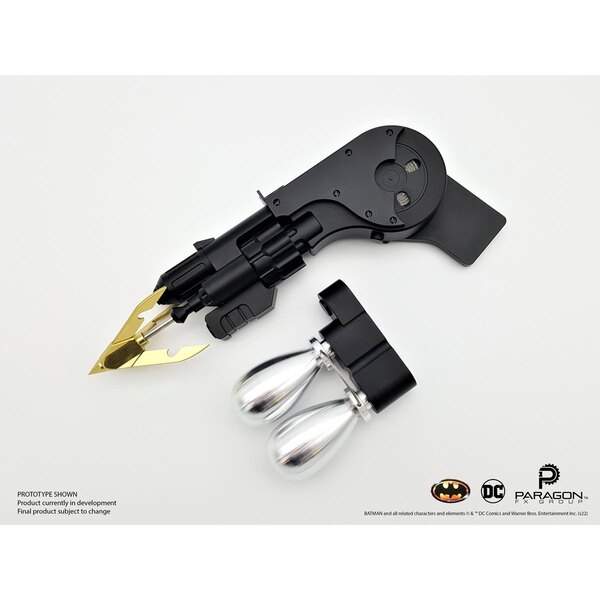 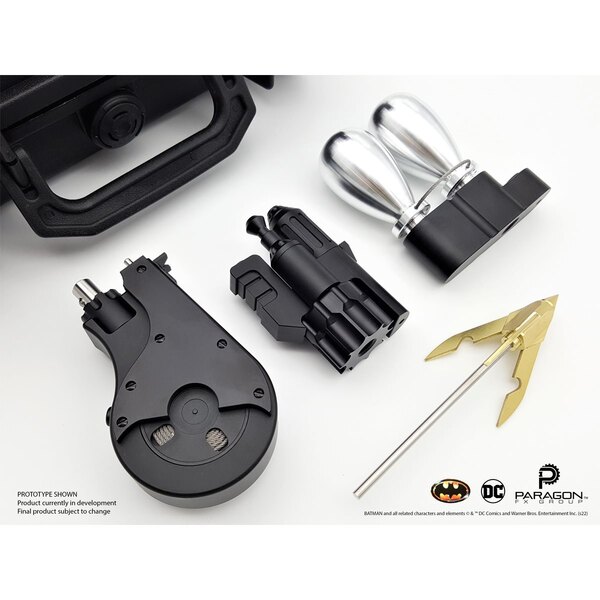 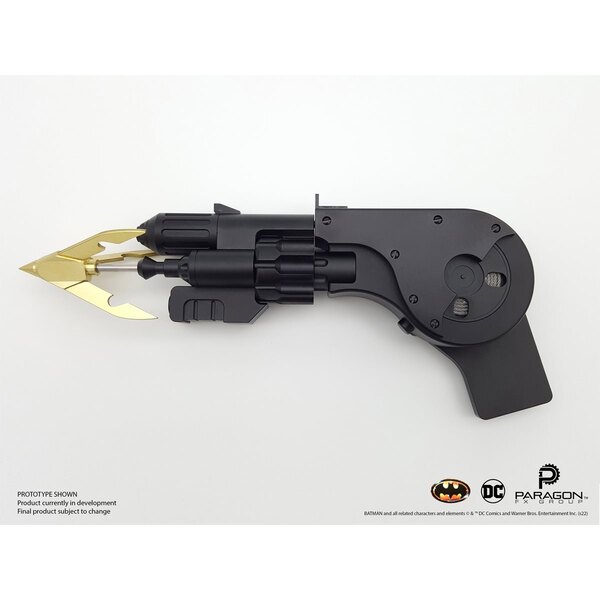 Is that the bolo?

I don't remember this one from either of Tim Burton's Batman movies.

Is that the bolo?

I don't remember this one from either of Tim Burton's Batman movies.

For a thousand dollars it should be fully functional.

This thing is friggin sweet!