The USS Enterprise. The updated vessel from the new film includes lights and emits sound effects and actual film dialogue between the Kirk and Spock characters. It rests on a Starfleet shield base that attaches via a ball-and-socket tip that lets the ship pivot 360 degrees. ($30) 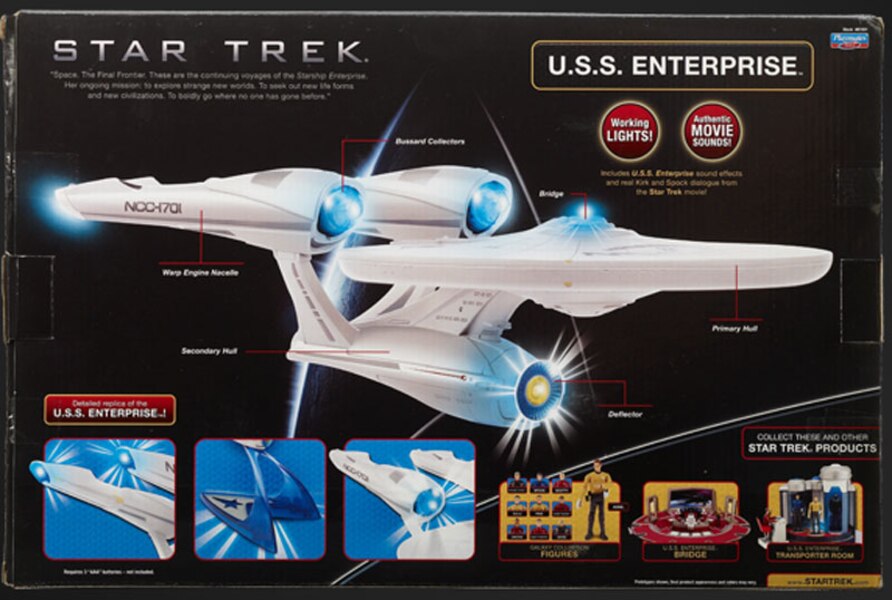 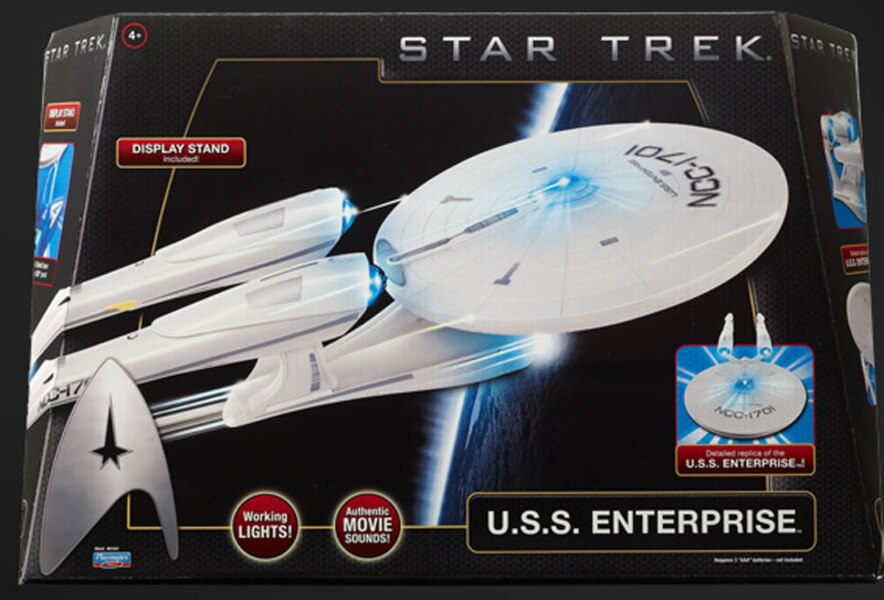 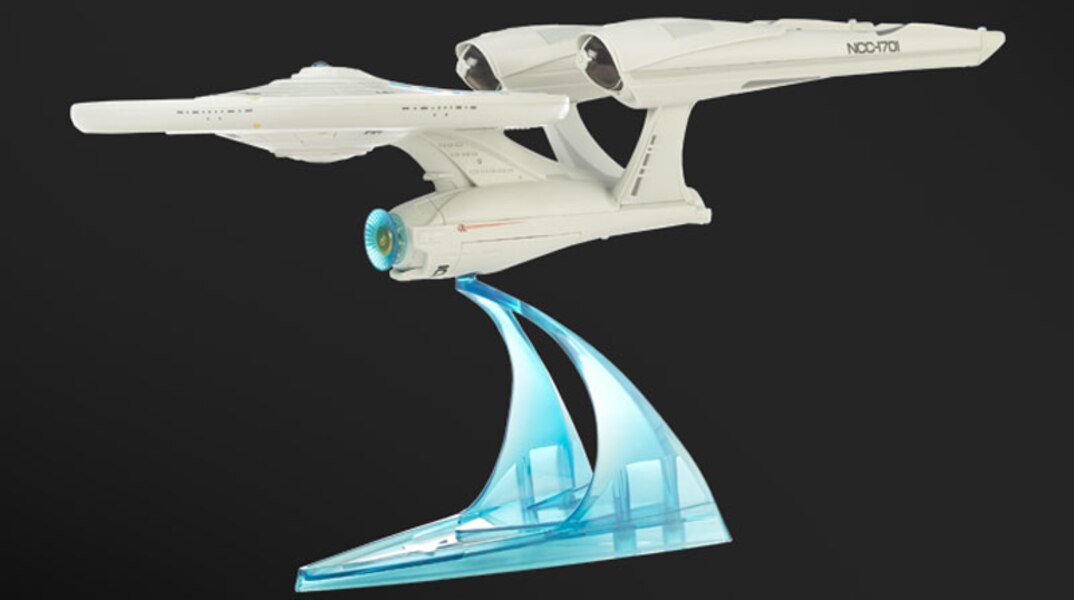 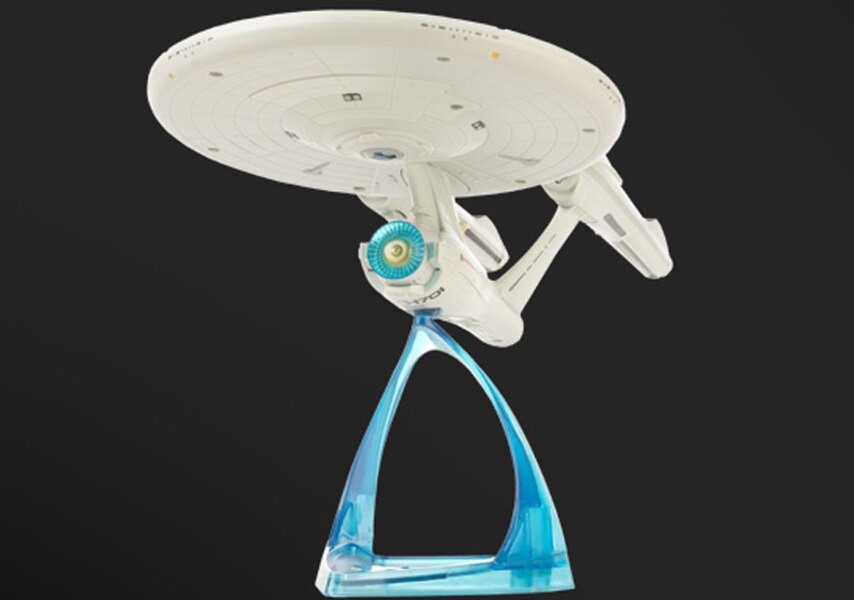 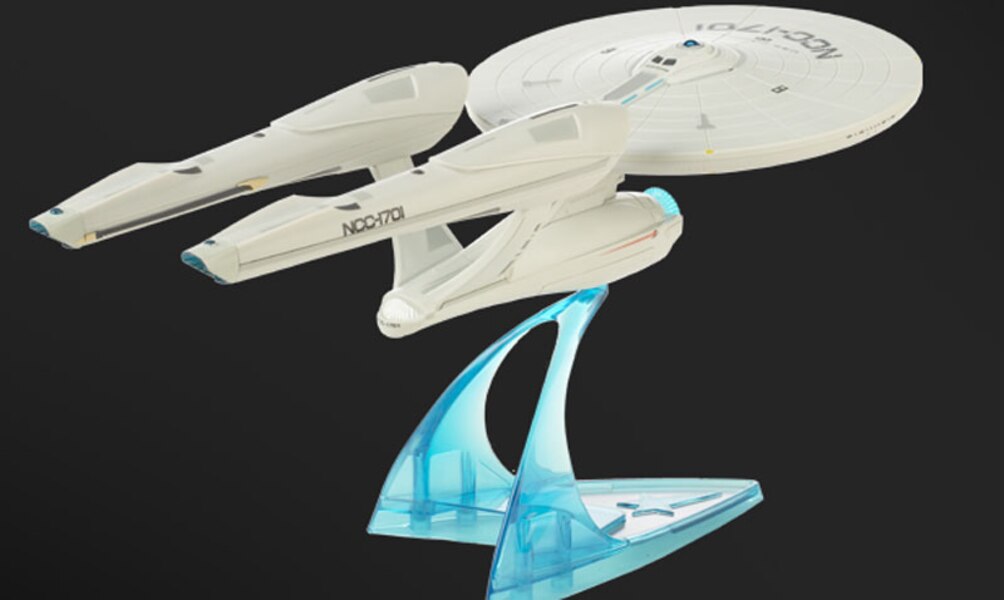 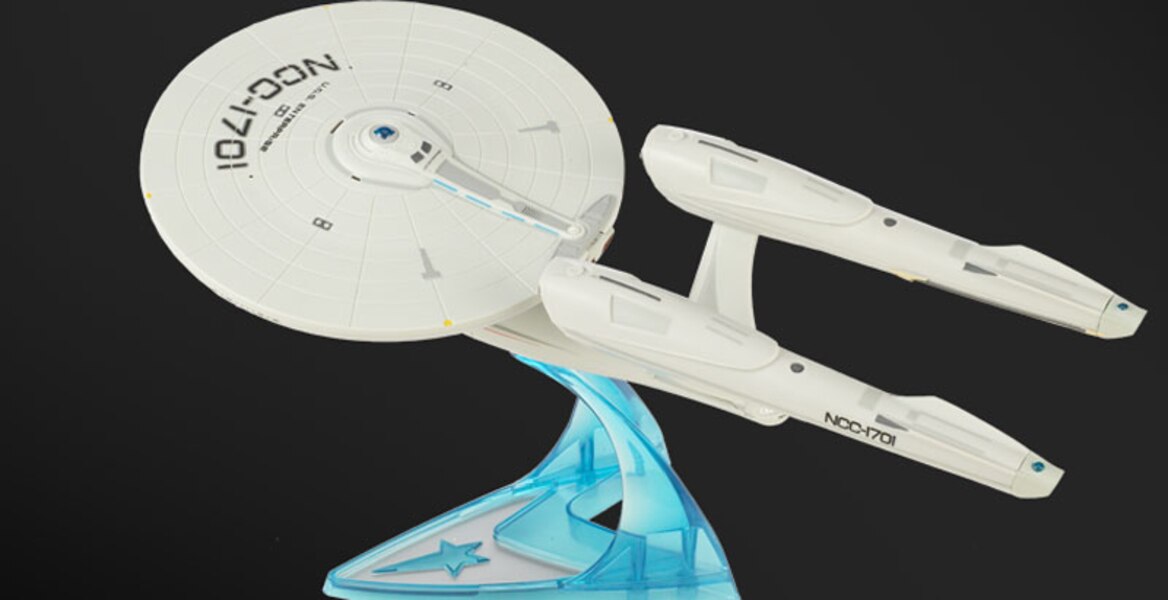