Star Trek
by Jay Cochran
May 31, 2012
AMT, a brand of Round 2, LLC, will introduce to its popular 1:2500 scale Cadet Series of model kits three ships featured in Star Trek®: The Motion Picture and Star Trek II: The Wrath of Khan. The newest Cadet Series kit, licensed by CBS

Consumer Products, will include one each of the U.S.S. Enterprise 1701 Refit, the U.S.S. Reliant and the Klingon K’Tinga. These will be produced from all-new molds and have never before been available in this scale as plastic model kits!

“We’re proud to bring these new ships to modelers,” said Jamie Hood, Senior Designer at Round 2. “Our Cadet Series is a popular line, and these three ships are a great addition to the fleet!” Hood added that the new models are being created with beginning builders in mind; they have only a few parts and snap together for an easy build! The Cadet Series is great for seasoned model builders too - at a final finished size of just 4” each, these models offer the challenge of getting all of the small-scale details perfect.

The U.S.S. Enterprise Refit and Klingon K’Tinga were first seen in Star Trek: The Motion Picture and the U.S.S. Reliant is featured in Star Trek II: The Wrath of Khan. All three models will be produced from brand new molds. The U.S.S. Enterprise and the U.S.S. Reliant will come molded in white plastic, and the K’Tinga will be in gray plastic. Along with the all-new molds, new graphics have been designed as well to let modelers put the finishing touch on their build. The included decal sheets provide thoroughly researched surface details for each ship.

AMT’s Cadet Series Star Trek: The Motion Picture three-piece set will be available in hobby shops or at www.autoworldstore.com in late 2012!
Image 1 of 2 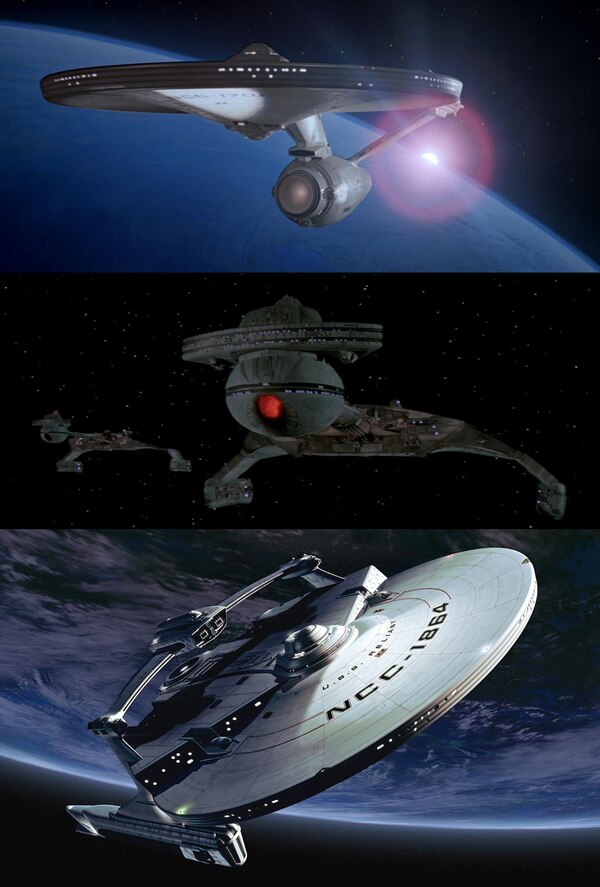 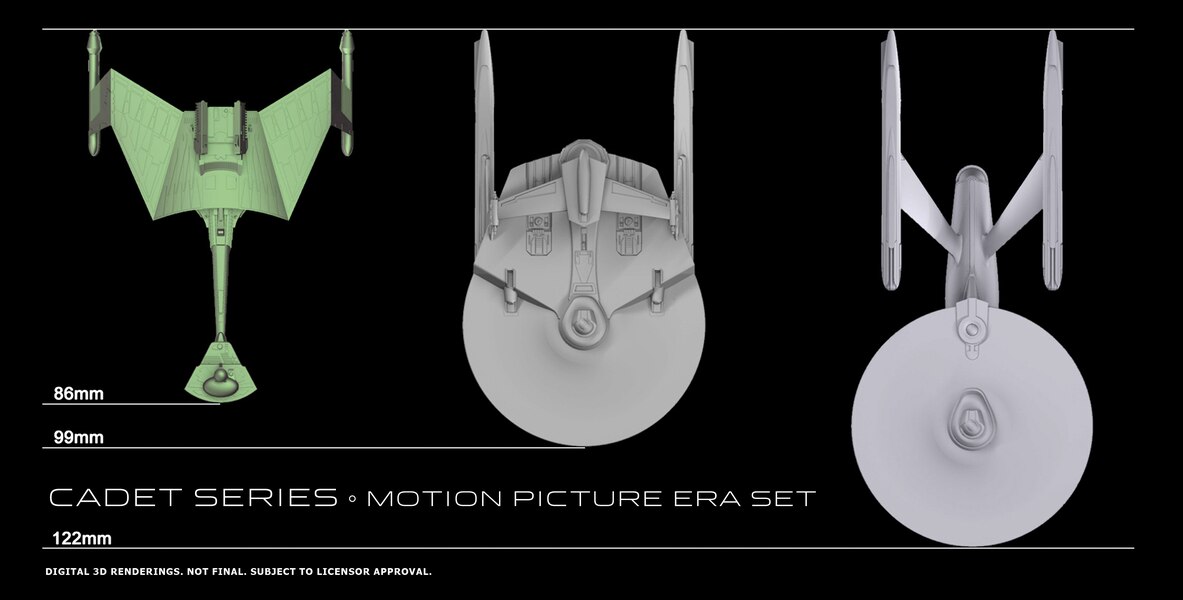