Captain Picard and Counselor Troi Up Next For Action Figure Treatment 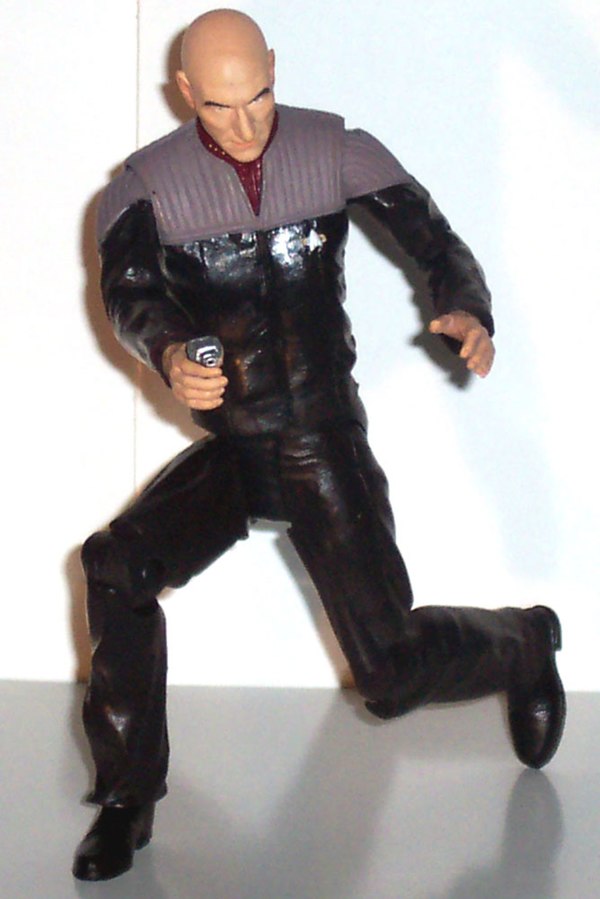 With work continuing on our upcoming Riker and Worf figures, we’re pleased to officially announce the second series of Star Trek: The Next Generation action figures will feature Jean-Luc Picard and Deanna Troi! Based on their appearances in both the series and the feature films, Series 2 will contain three core figures and several exclusive versions of each character.

As Captain of the Enterprise-D and Enterprise-E, Jean-Luc Picard has been involved with several crucial Starfleet missions. In addition to his instrumental role in defeating the Borg, Captain Picard has played major parts in several political situations and has even saved the entire universe from destruction. Often at his side is Counselor Deanna Troi, a half-human half-Betazoid with empathic abilities. Not to be underestimated, Commander Troi is level-headed and calm in a crisis and has saved the Enterprise on several occasions.

You can expect the same articulation featured in the upcoming Riker and Worf figures, with the same attention to detail and series-accurate accessories. The core assortment is scheduled to contain Season 7 Picard, Season 7 Troi and the limited Captain’s Jacket Picard. Images and details will be announced along with the full lineup of exclusive figures as the Spring 2006 release date approaches.

Note: Shown above is the Star Trek: Nemesis version orgianlly released by Art Asylum a few years ago.