Star Trek: The Next Generation Picard and Troi Figures 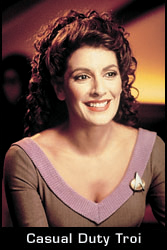 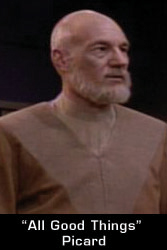 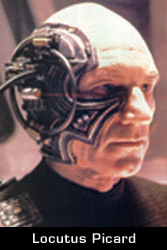 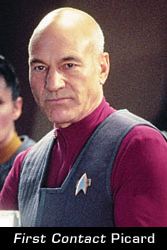 With the second series of Star Trek: The Next Generation figures, Jean-Luc Picard and Deanna Troi, approaching quickly, Diamond Select Toys is excited to announce the variants that will be released along with the core assortment.

"All Good Things" Picard, depicts Jean-Luc as he was seen on the final episode of The Next Generation. The figure shows Picard wearing beige work clothes appropriate for toiling in his family vineyard. Picard’s days as a Borg are the basis for the next figure Locutus Picard. Locutus features pale skin with devices and conduits running through his body and head. The final Picard variant, First Contact Picard, is taken directly from the Next Generation film of the same name. In the film, Picard wears a black and grey jumpsuit with crimson turtleneck, usually worn under the Starfleet black and grey uniform jacket.

The only Troi variant, the XXXX Troi, depicts Troi wearing the v-neck Purple jumpsuit, which was her clothing of choice during the early years of her assignment to the Enterprise.

Retail partners for the variants will be announced as the release date approaches. Look for these figures and the core assortment of Season 7 Picard, Season 7 Troi and Captain’s Jacket Picard in Spring 2006. In the meantime, watch for the first Series of Next Generation figures, Riker and Worf on shelves this winter. 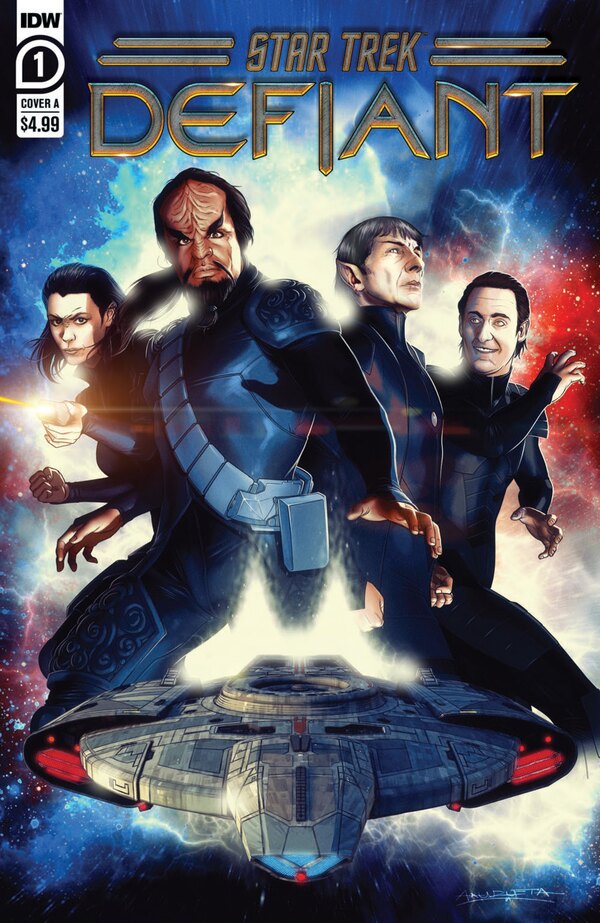