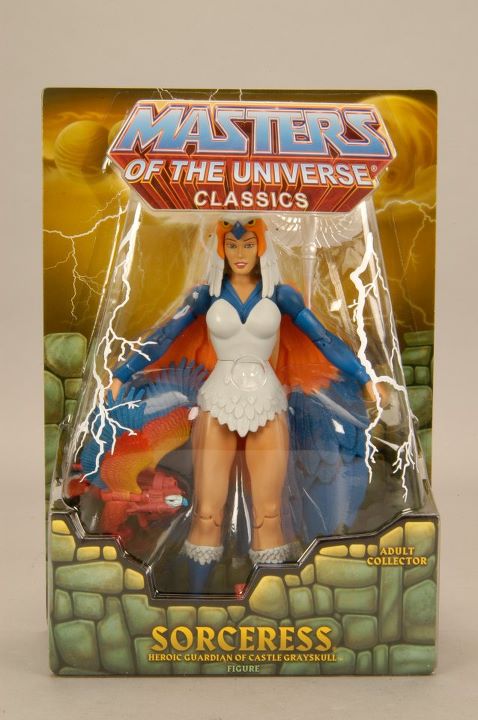 Sorceress is the Jan. 2012 Club Eternia figure. While production will be lower overall in 2012 (closer to the sub number) we will make slightly more of her since, well, she is the Sorceress after all! 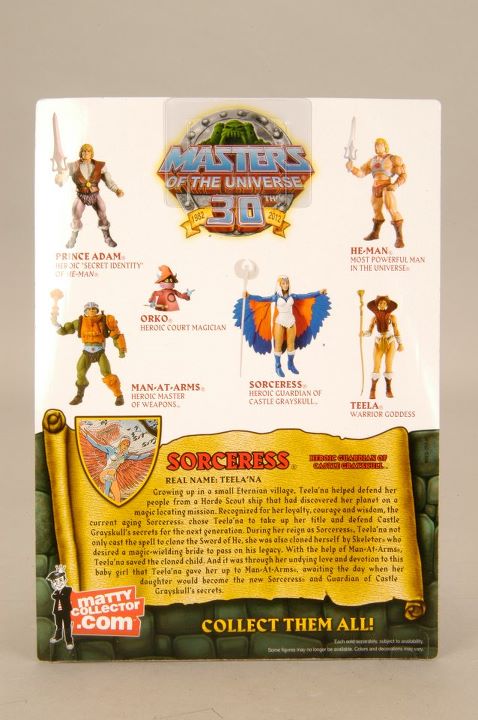 Sorceress's bio, as revealed at SDCC. An all new, all different bio will be on the traveling convention Temple of Darkness figure (who also comes with the Orb stand!) 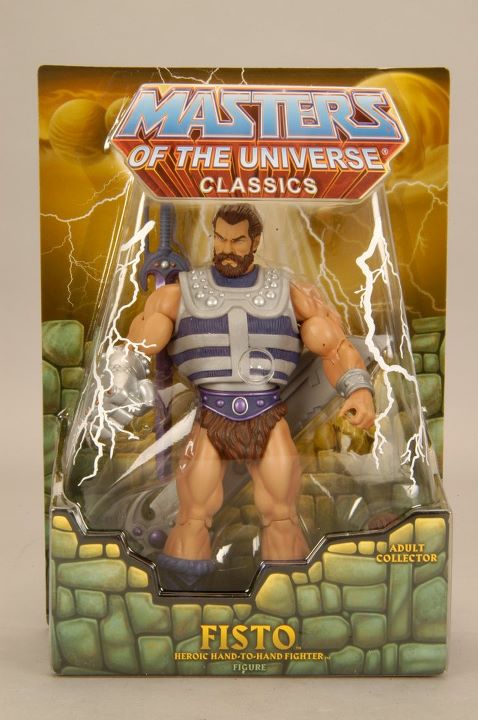 Here's Fisto carded! The Feb 2012 Club Eternia figure. The alt head and belt is packed at the bottom. 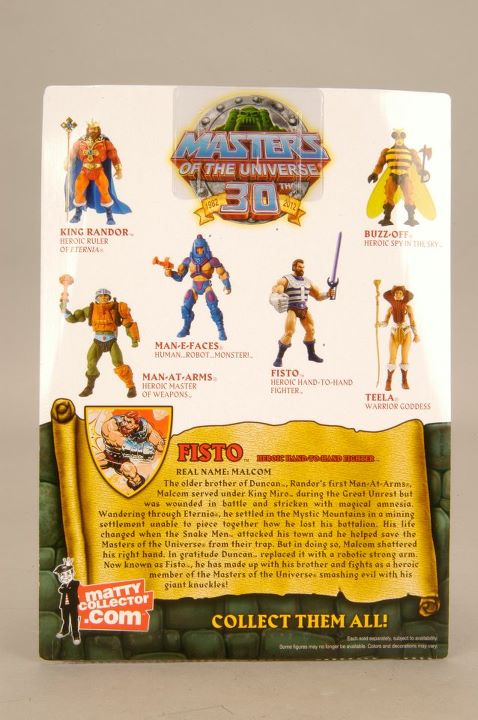 Fisto's all new bio. And yes, he is Fisto, not "Battle Fist". 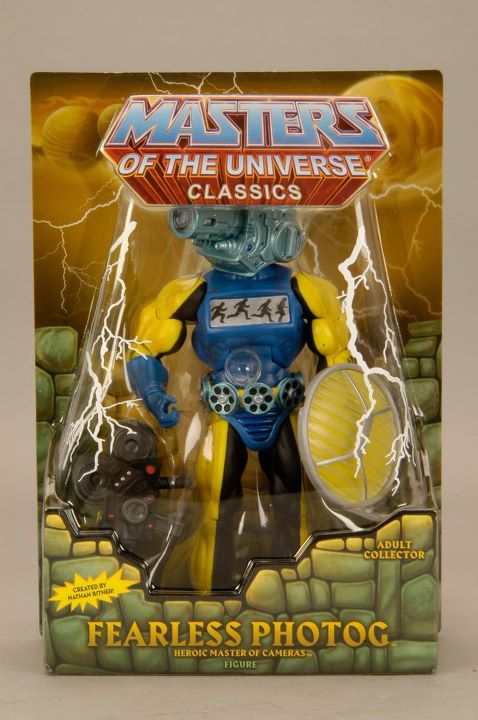 Mattel's first 30th Anniversary figure (of 6), 25 years in the making...Fearless Photog, the winner of the vintage Create a Figure contest! 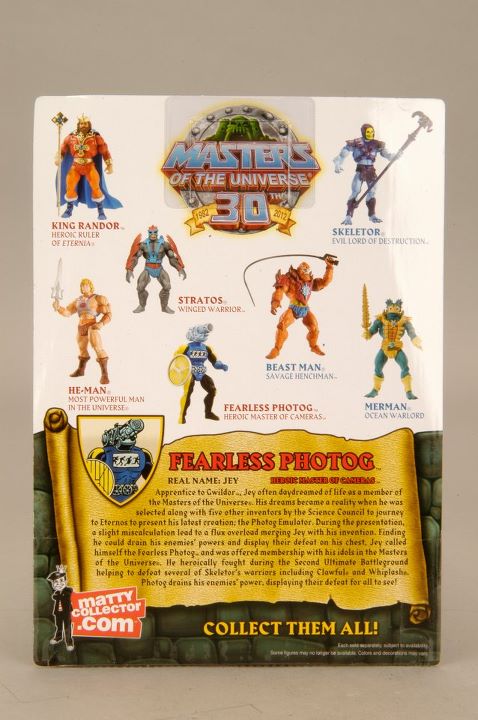 Photog's all new bio as revealed at SDCC 2011. Photog goes on sale Jan 15th only on Mattycollector.com. 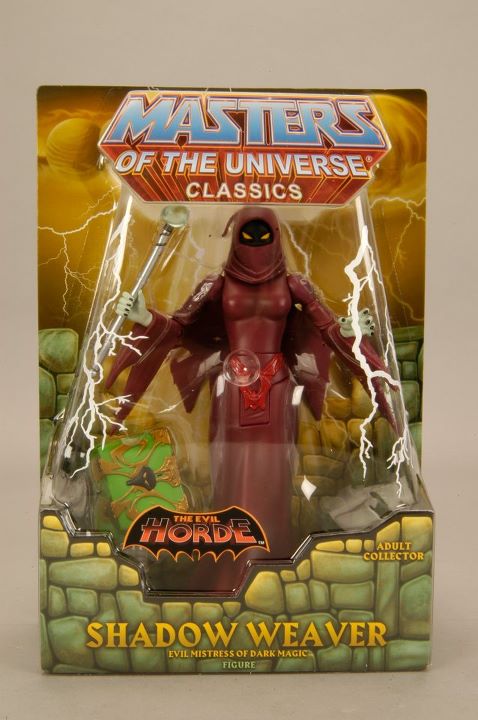 Last! Shadow Weaver. She looks a bit darker in the packaging due to the lighting. The final fig will match Orko's coloring. She will not be sold and is only available to 2012 Club Eternia subscribers. 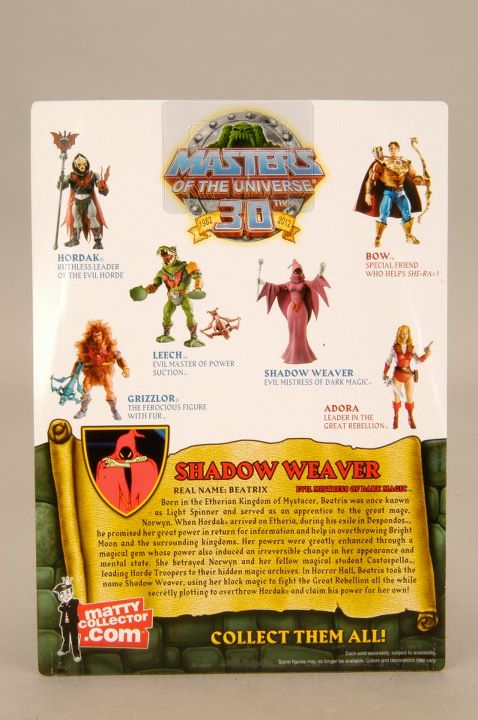 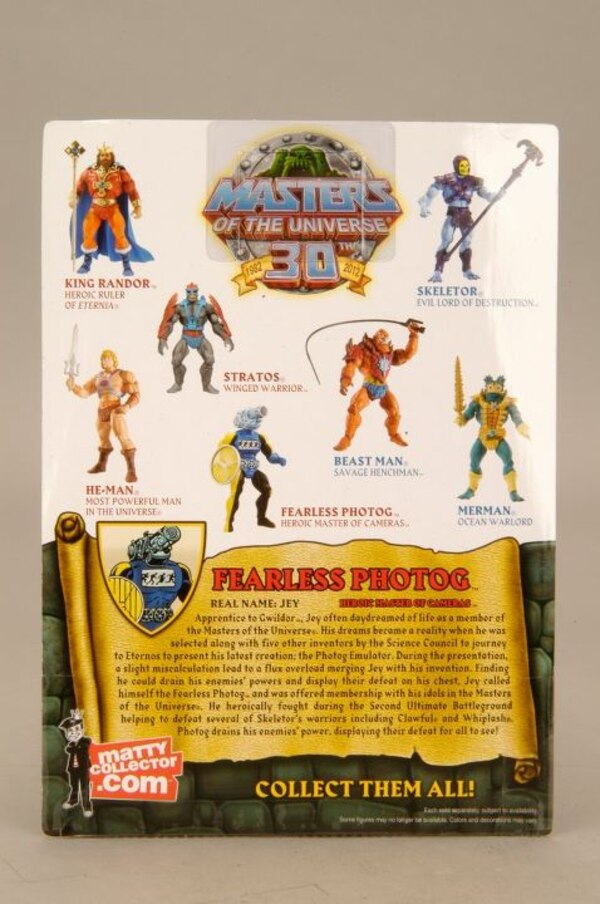 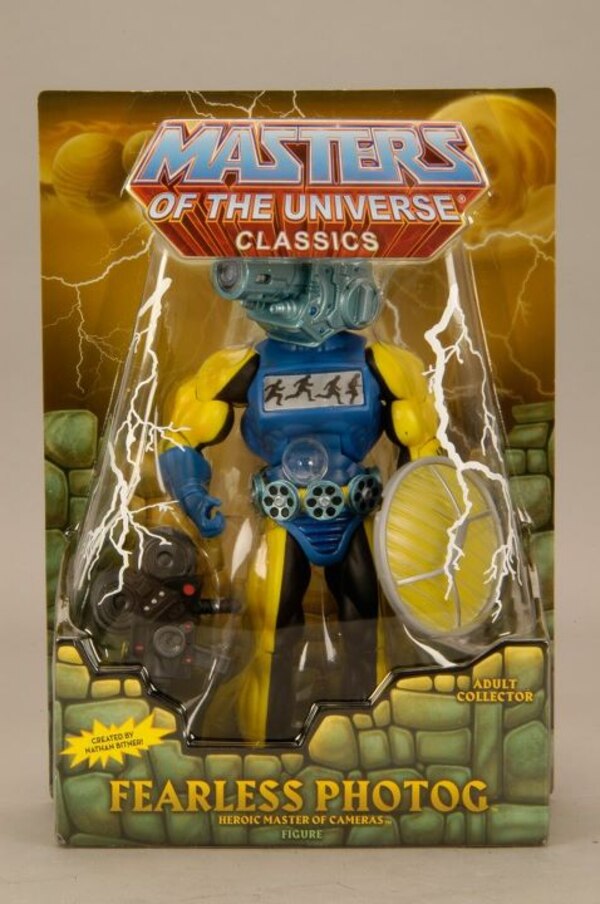 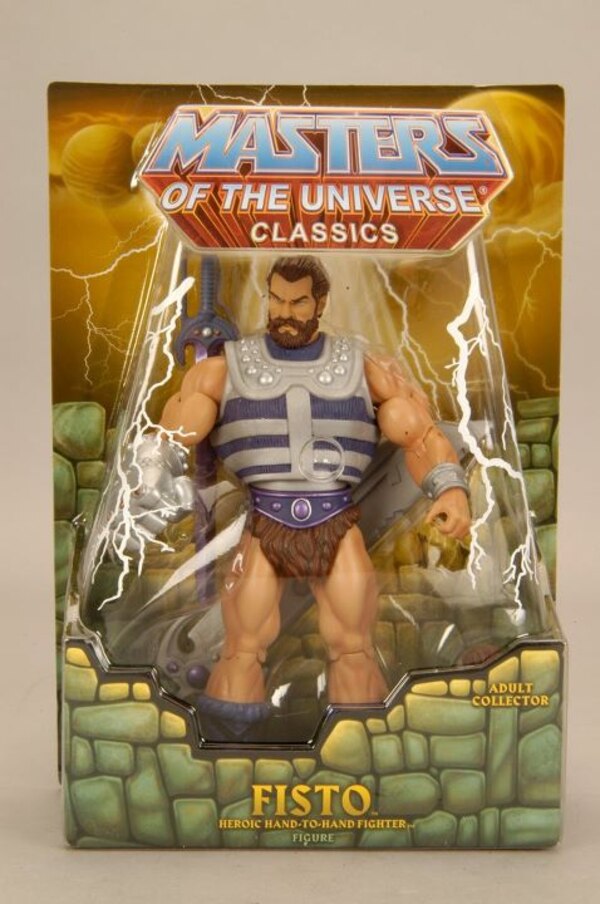 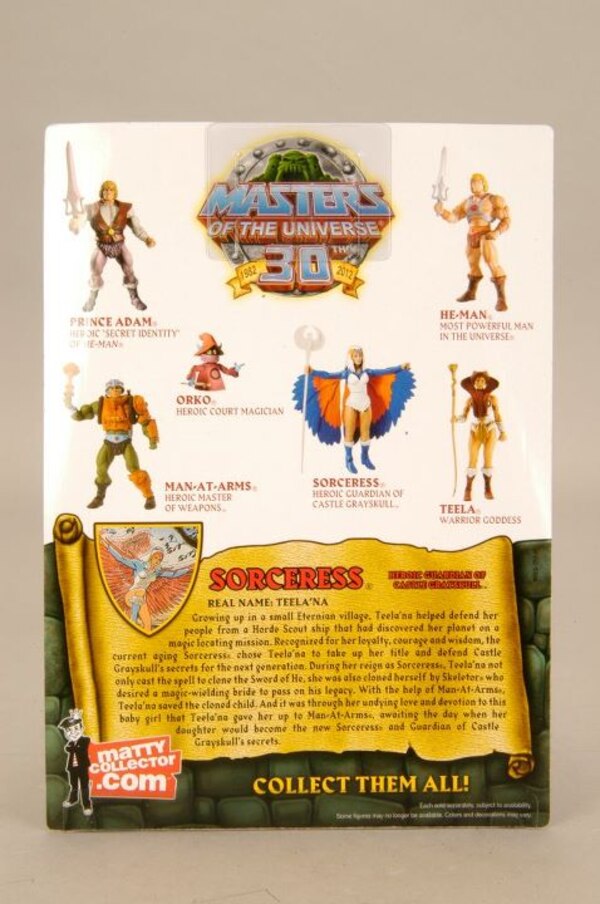 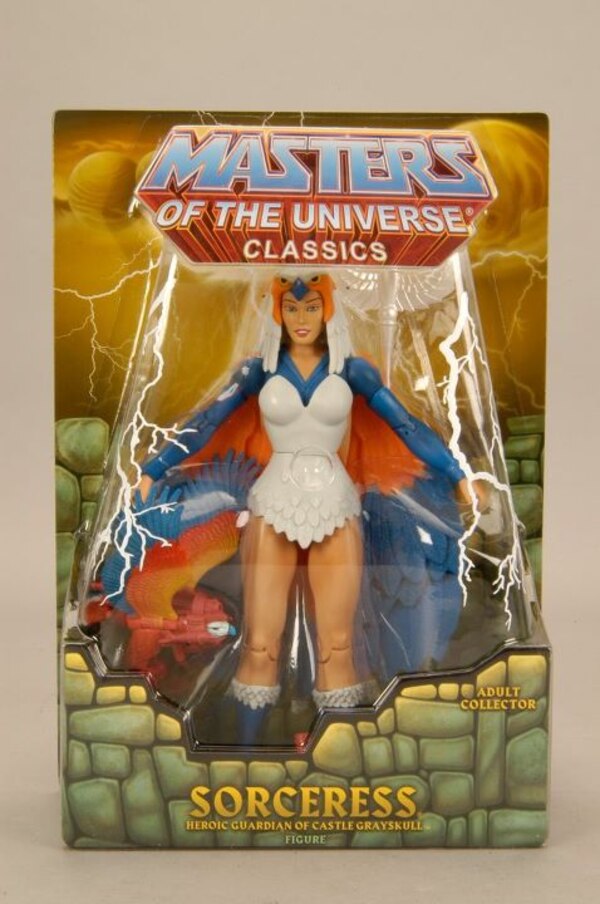 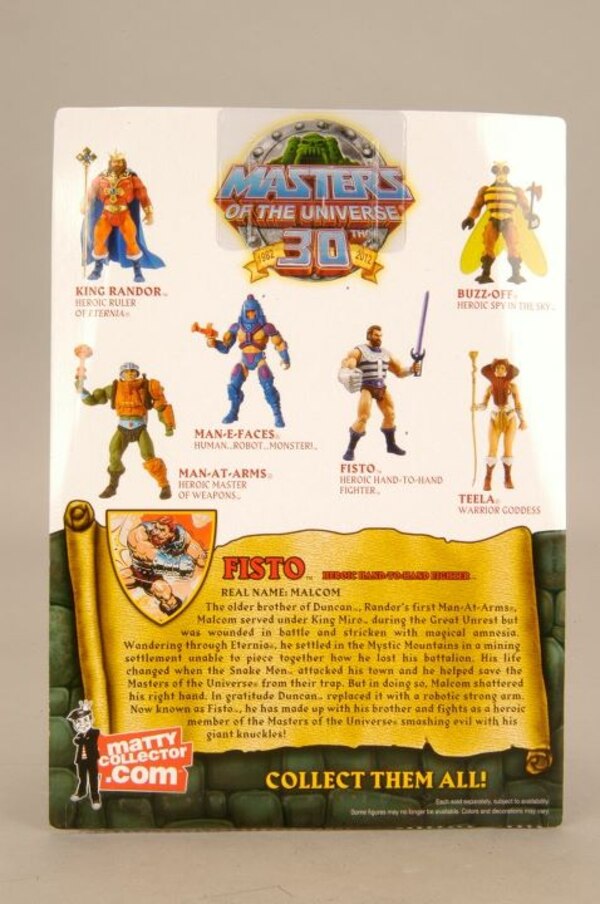 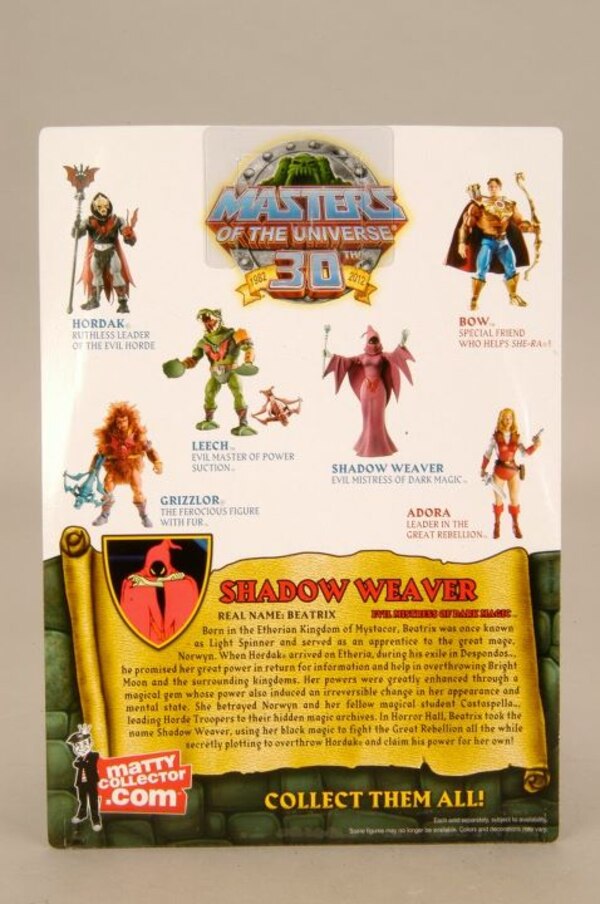 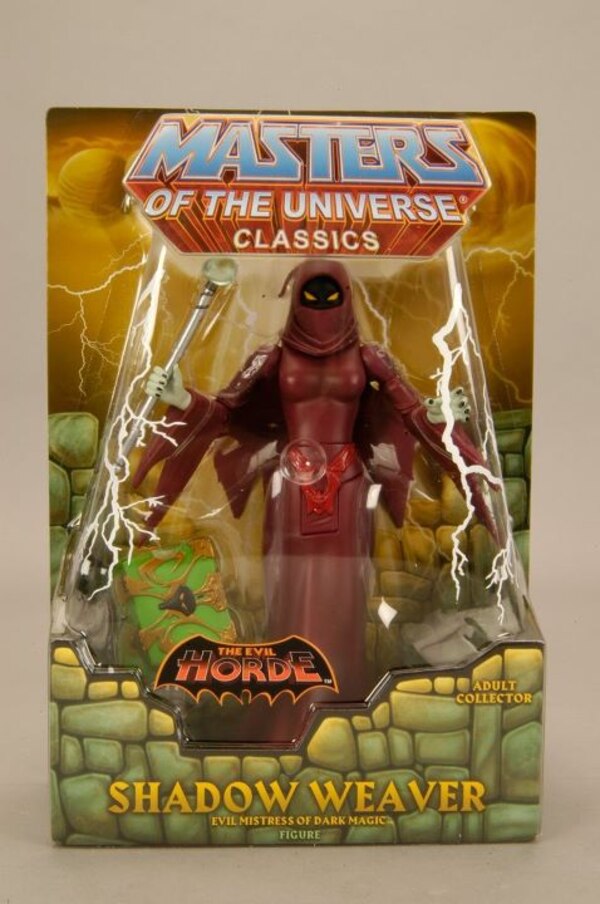