Masters of the WWE Universe Wave 2 & 3 Figures From Mattel

MOTU
by Jay Cochran
September 12, 2019
Mattel continues to move forward with it's new Masters of the Universe and WWE mash-up line called Masters of the WWE Universe. At Power-Con last month they had on hand their upcoming Terror-Claws HHH which will be included with the Castle Grayskull wrestling ring along with He-Man John Cena. The ring features things like wood-like stairs that you can store your figures weapons in. Also shown were the figures in the first wave which include Finn Balor Beastman, Ultimate Warrior, HHH Skull King and Clawful Sting.

The third wave will include New Day Man-E-Faces that has the faces of all 3 members of the New Day team. Originally we thought this one was slated for wave 1.

The third wave will also see The Rock as He-Man, Braun Strowman as Beastman, Undertaker as Scareglow,

The figures will come with collector booklets telling the story of these characters and the roles they play on planet WWEternia. The figures are based on the classic MOTU buck but have added articulation so they can, well actually wrestle. The figures are also compatible with Mattel's new Masters of the Universe: Origins line and parts from all these figures will be interchangeable with one another.

Shown below are images of wave 2 and 3. The wave 3 images are concept art but give you an good idea of how the final figures will look.
Image 1 of 13 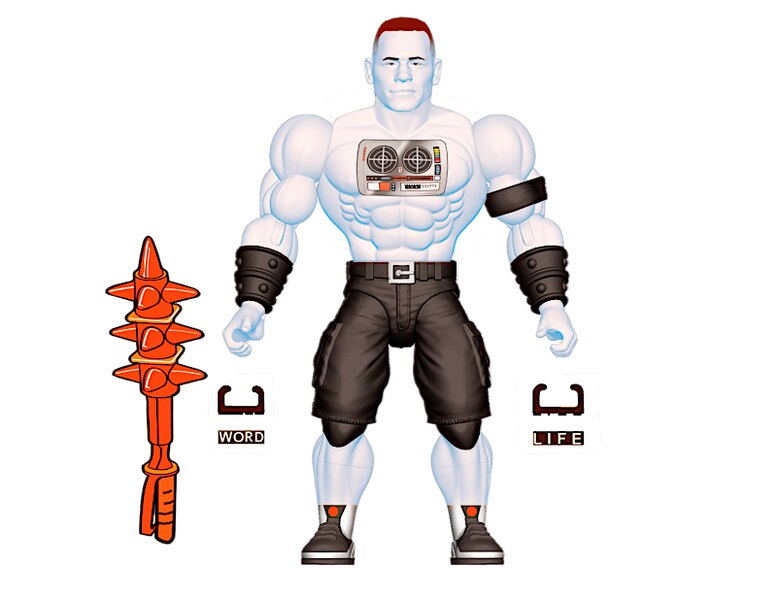 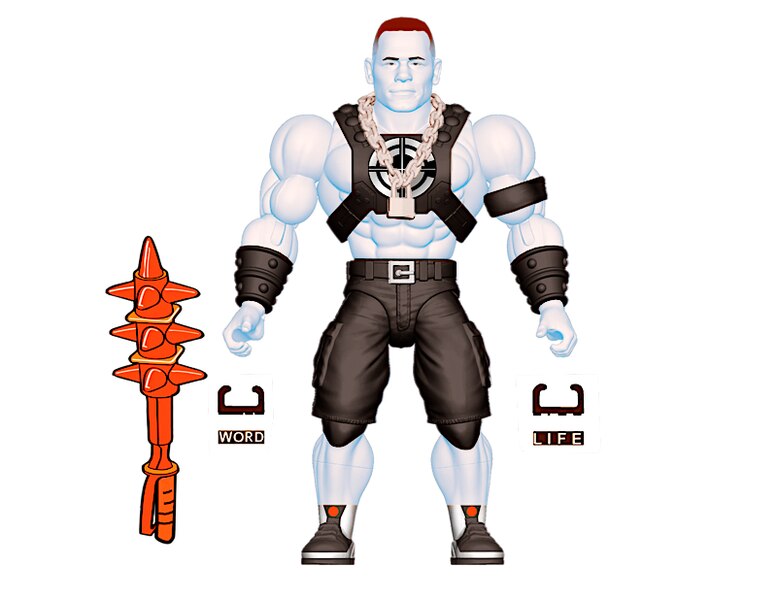 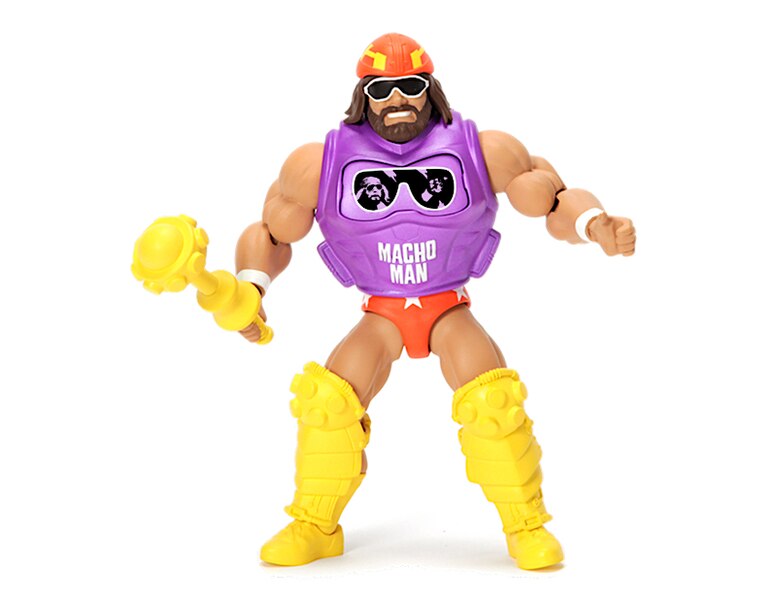 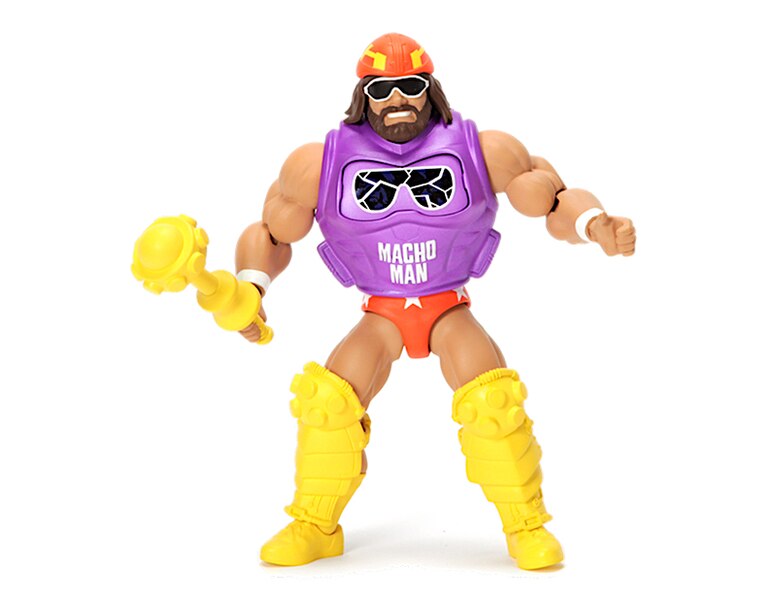 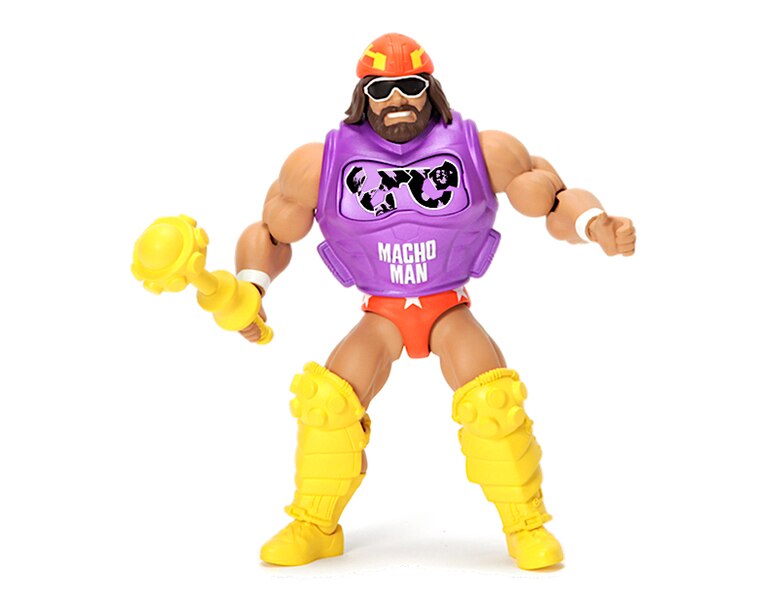 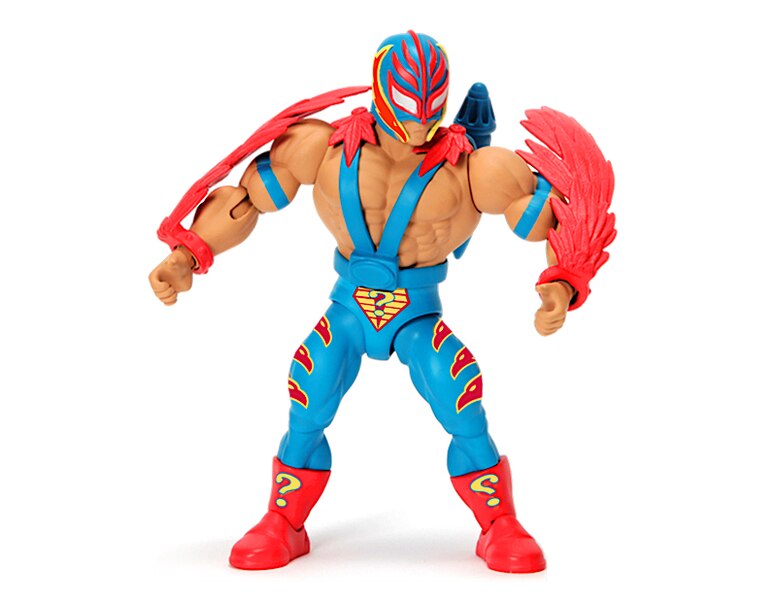 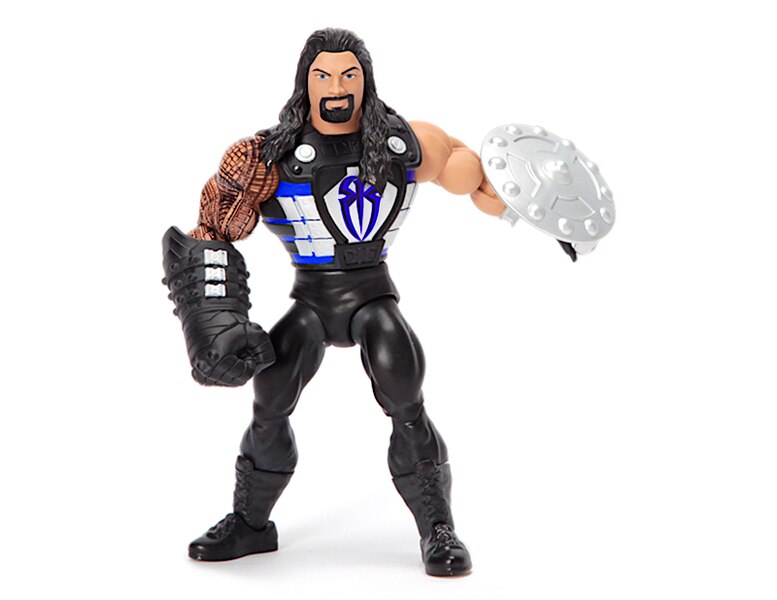 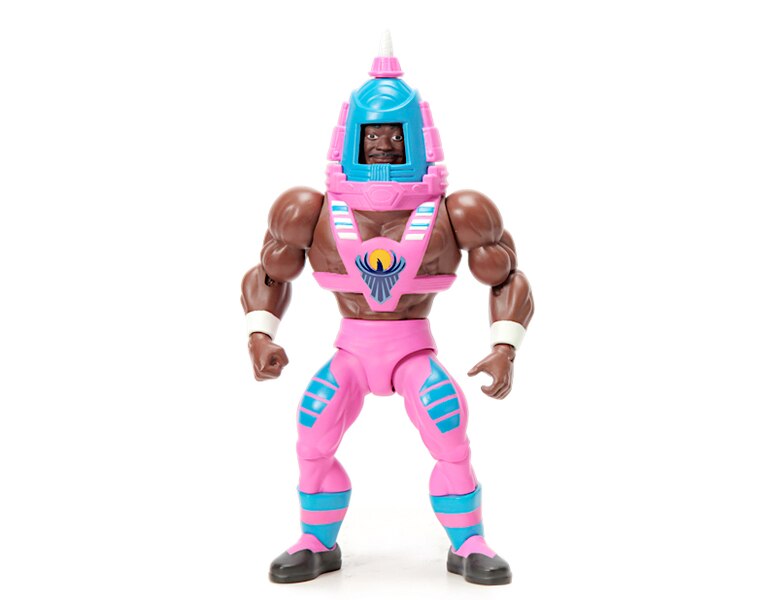 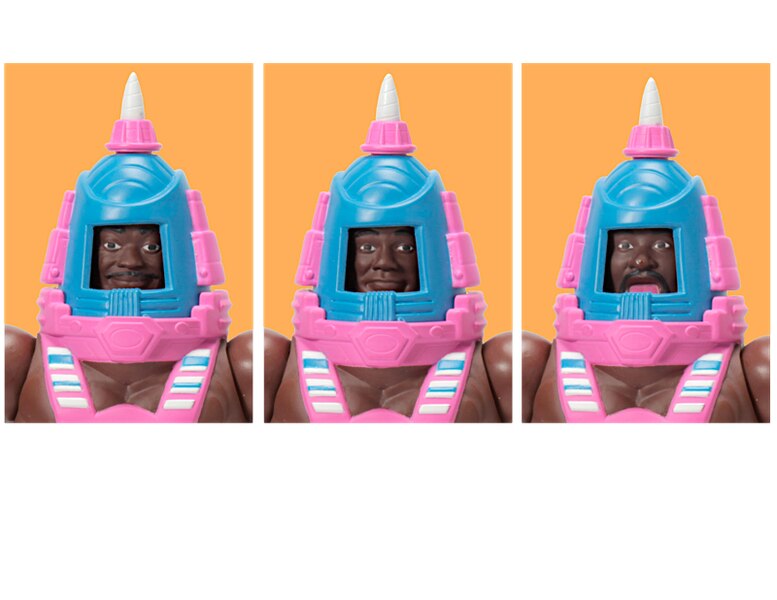 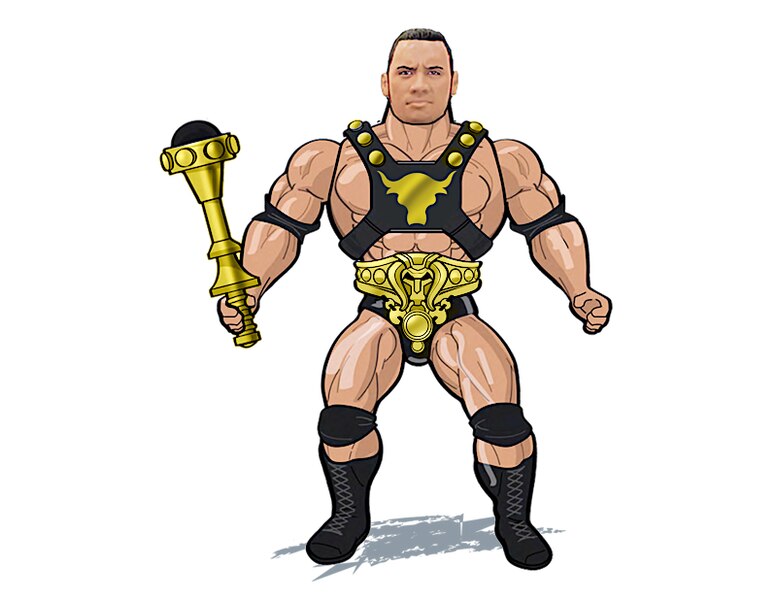 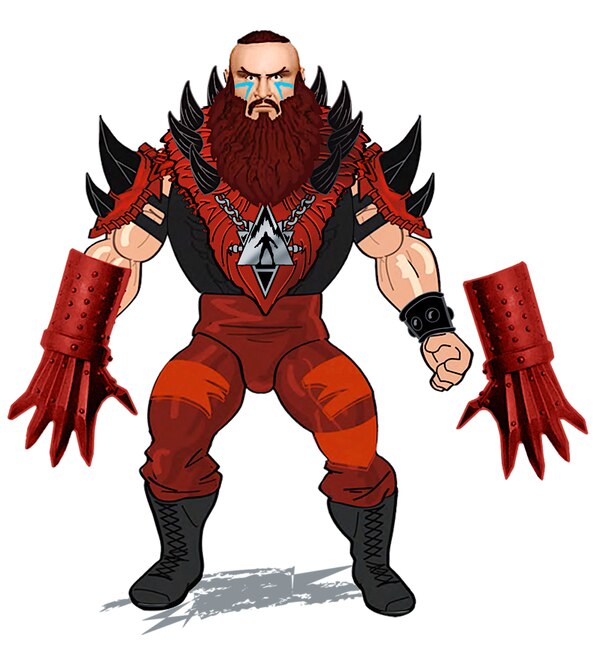 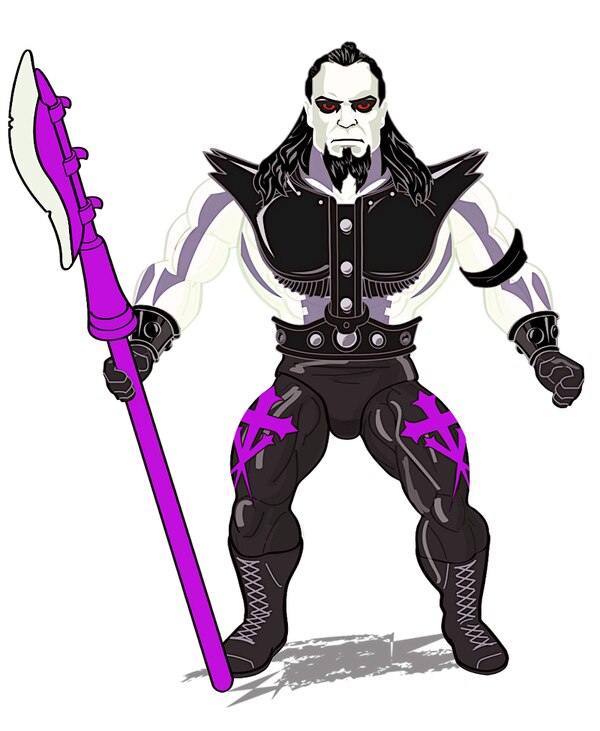 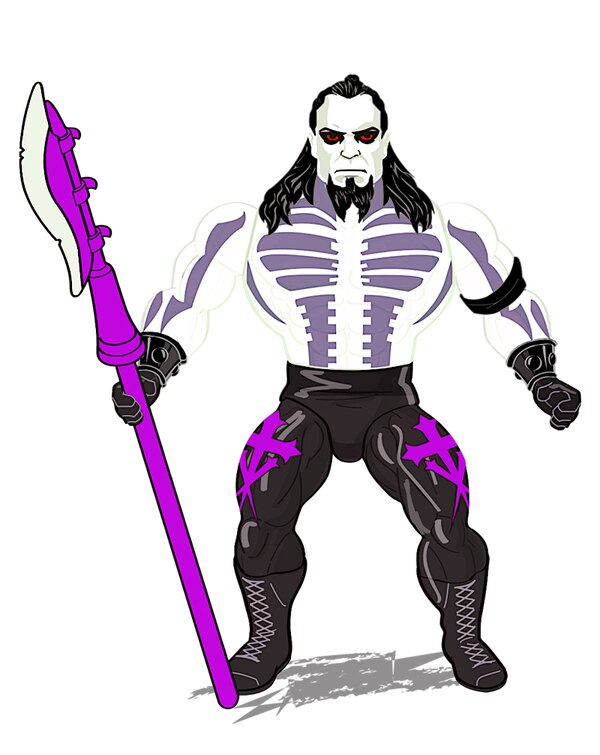 I just got my first one of these in the form of skull king Triple H and straight of the bat I can see these are going to be awesome . I don't know if Mattel are planning to release the line here in Europe but I think they would be stupidif they didn't . (I had to get mine from ebay ) I do hope we see more then 3 waves as these figures are amazing .

Not to be negative, but I just dont see these moving in strong enough numbers to make it to 3 waves. Theres a ton of WWE fans and a good number of MOTU fans but the people who are wanting a crossover are pretty niche. And Im not saying this because I dont like them or anything (Ill definitely pick up that Macho Man At Arms and maybe a couple of others) but I just dont see this having enough legs to get 3 waves at retail.

Don't know if this is the stupidest or most brilliant thing I've ever seen. I just know that Rey Mysterio Stratos looks super-cool.

That Undertaker as Scareglow is a must have, love how the mashup looks here, the others are just ok for me although I will say The Rock as He-man is interesting, might get him as well.

I had my doubts about this line when it was first announced, but the more I see it the more if grows on me! That Braun looks great! I hope this will sell really well! I can see little kids going nuts for this.

Search Online Stores for Masters of the WWE U