NECA
by Jay Cochran
March 23, 2010
Of all the cops in the world, he's probably the one you want to run into at the mall the least. So imagine how it must have been for young John Connor when the liquid mercury-based T-1000 started chasing him down in Terminator 2: Judgment Day. Good thing he had Schwarzenegger on his side.

NECA's new Cult Classics: Terminator 2 series 3 boasts four figures total: two of Arnold in perhaps his most classic role as the protector T-800 and two of the villainous and more advanced T-1000 (played in the movie by Robert Patrick). Here's the rundown by the numbers:

T-800 Steel Mill
It's the last scene of the movie and everyone's a little worse for the wear. This T-800 has been back and forth fighting the T-1000 all day, and by the time they get to the Steel Mill, it shows. Gonna need some more skin there, buddy. Figure comes with a pistol and grenade launcher, and articulation including a ball-jointed neck, shoulders, elbows, wrists, and swivel waist.

T-1000 Galleria
Have we mentioned this is the first time the T-1000 has appeared in a series? Well, here he is as he first appears in his police uniform pursuing John Connor in the shopping mall. He boasts a whopping five interchangeable hands and a pistol. Also the heads, hands, and forearms can be interchanged between this figure and the battle damaged Pescadero version to create your own unique T-1000.

T-1000 Pescadero
This battle damaged T-1000 shows the damage he endures when he first meets up with the T-800 in the Pescadero Hospital. The highly detailed figure features bullet wounds, hook arms, and two different heads, an exploded head after taking a shotgun blast, and a split head as he forms back together. Also the heads, hands, and forearms can be interchanged between this figure and the less blown-to-bits Galleria T-1000 to create your own unique version.

Cult Classics: Terminator 2 series 3 is available for preorders now. They'll be hitting shelves in May and of course will be featured on our Amazon storefront.
Image 1 of 4 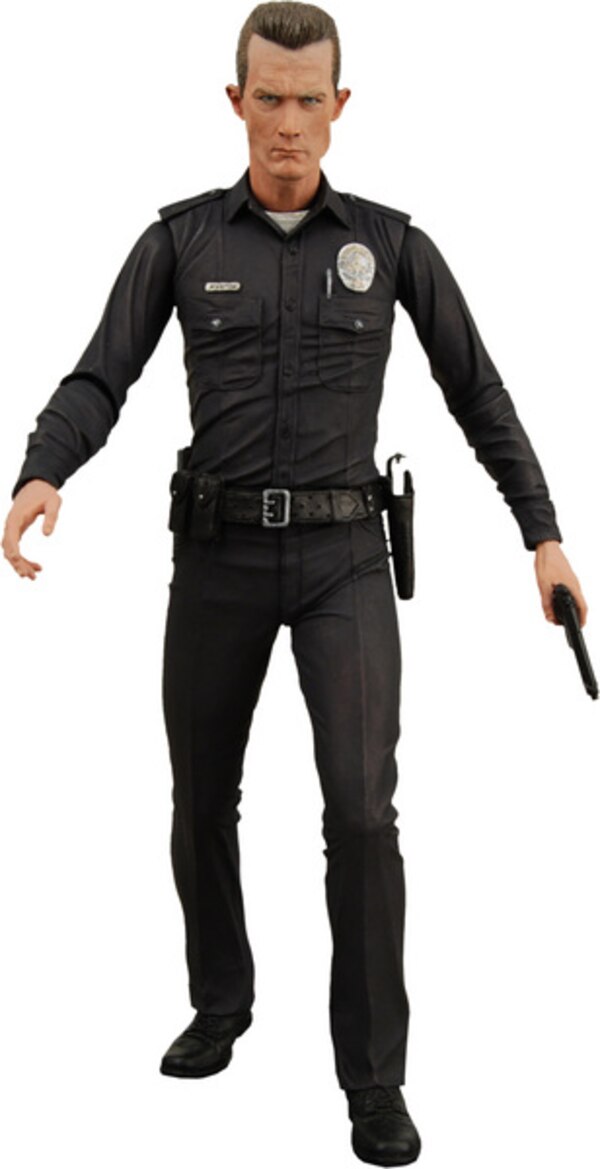 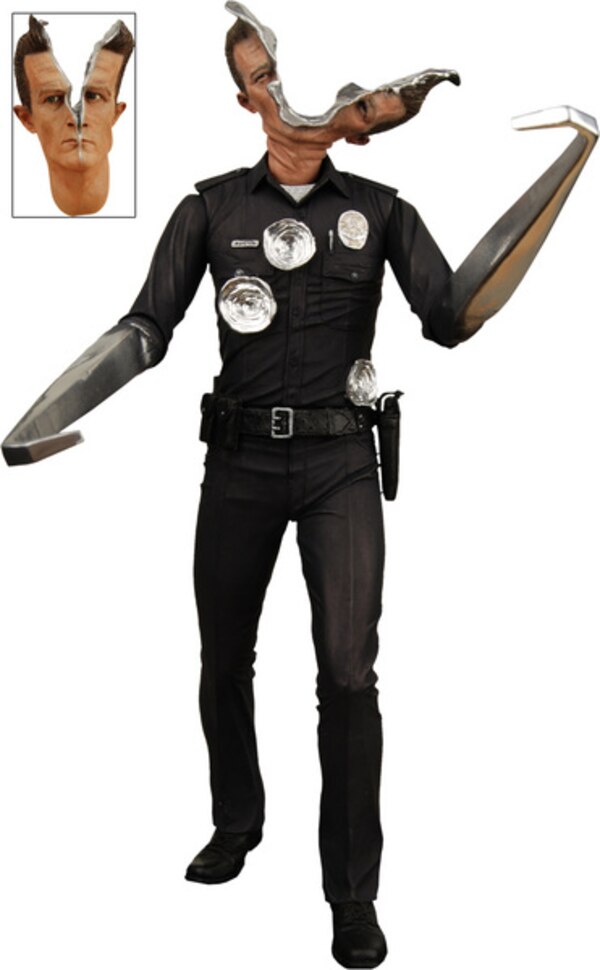 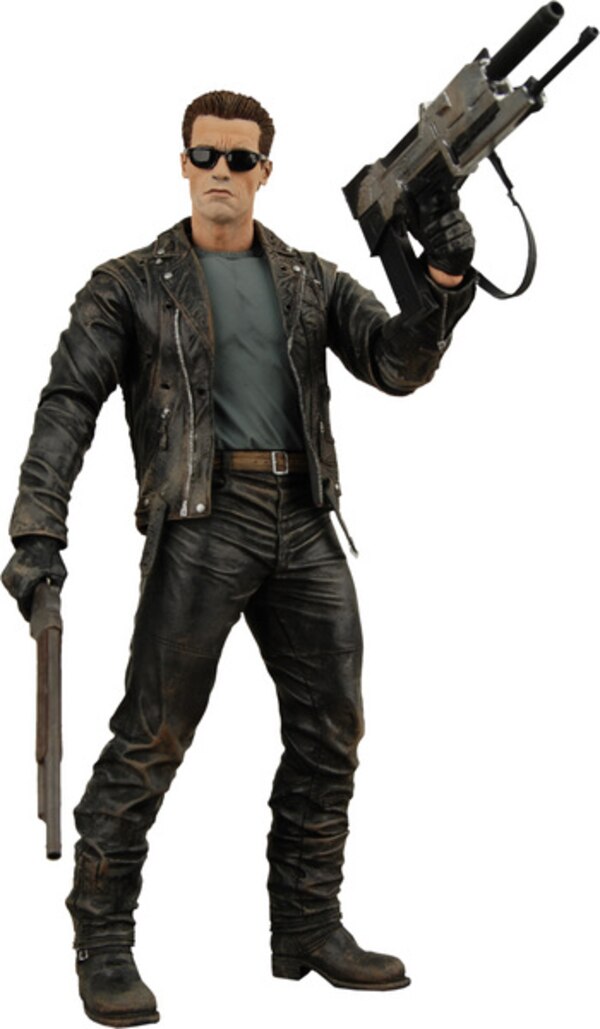 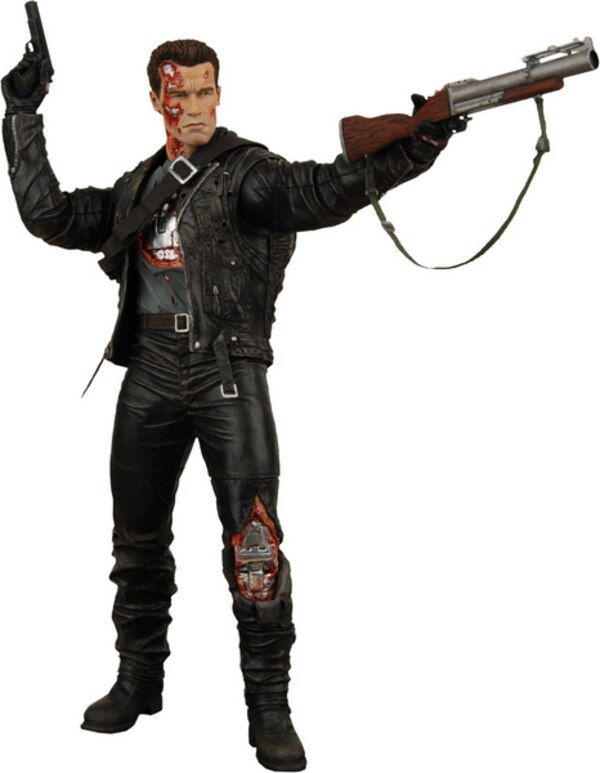