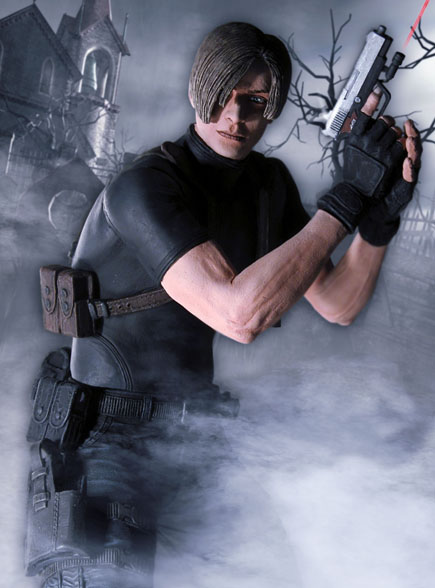 You've seen a bit of each character from the first series of Resident Evil 4 action figures, with the exception of the main hero himself, Leon S. Kennedy. Well, Neca is changing that and pulling out all the stops when it comes for the main hero. Listed below is all the versions of Leon and what he comes supplied with:

Both versions of Leon come with:
Knife (can be removed from the sheath on chest)
Grenade x 2 (standard explosive green colored grenade)
First Aid Canister
Pistol