A new larger blister card - created specifically for our sports lines - will debut with NFL Legends Series 4, scheduled to reach stores in July. A similar blister card for our non-sports figures will be debuting with the release of Halo 3, Series 2 in June.

This new format will give designers more freedom to create new and unique sports poses without size limitations.

We're also expanding the way our popular "chase figures" are allocated in our Sports Picks series.

In the last few years, we've been making chase figures for about half the figures in a typical Sports Picks lineup. Starting with July's NFL Legends 4 lineup, every new figure will have a chase version, but the rare versions will be more subtle - less likely to get picked off the shelf except by the informed collector who knows what he's looking for.

Our traditional-style chase figures (alternate jerseys, throwback uniforms) will be added to future lineups, as a way to expand our series depth (from six to eight or nine players) while offering collectors the opportunity to purchase a figure they might have had trouble locating under the previous guidelines.

For example, the Joe Montana figure in this July's NFL Legends 4 will be released in a red San Francisco 49ers jersey, with the chase figure featuring a tweak of that jersey. A re-painted Kansas City Chiefs version of the Joe Montana figure is scheduled as an additional figure to ship with our NFL Legends 5 series in the summer of 2009. By making the Chiefs figure available as part of next year's lineup (rather than the chase version in this year's line) we will make that figure available to more collectors, and also be able to ship solid-packed cases to stores that sell Chiefs merchandise strongly.
Image 1 of 2 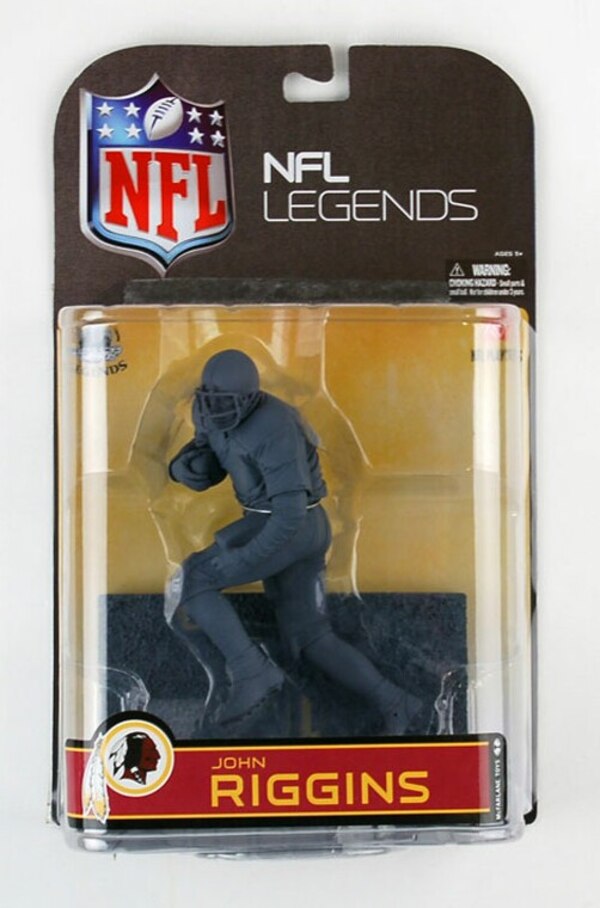 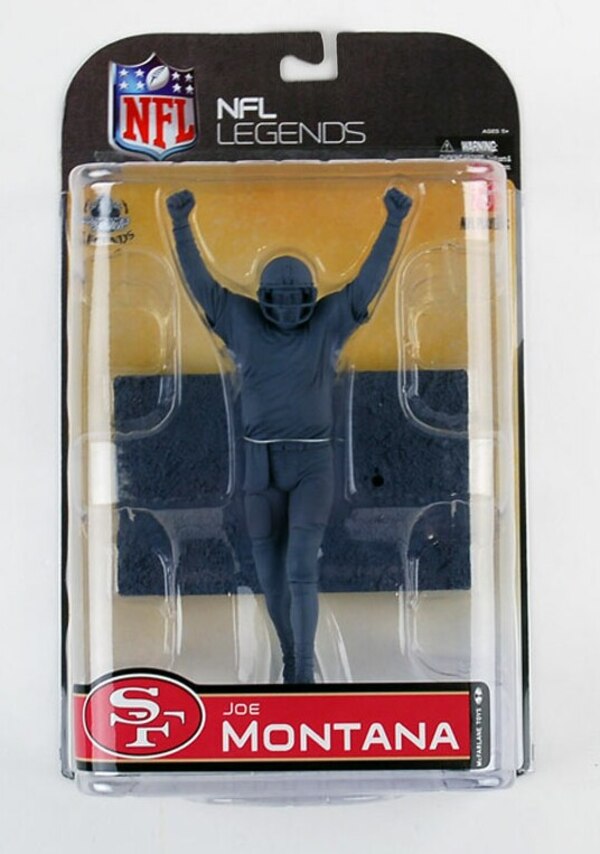