McFarlane
by Outsiders
July 29, 2011
McFarlane Toys is proud to announce a pair of black & white exclusive figures sure to please comic book purists. These figures feature all of the detail, accessories, and play action of the standard full-color figures, but are painted in shades of gray, reminiscent of the stark gray tones used by colorist Cliff Rathburn in The Walking Dead comic book.

Fans of The Walking Dead may have noticed a couple of unexpected figures on display in the Diamond Comic Distributors booth at San Diego Comic-Con last week: black & white versions of the Zombie Lurker and Zombie Roamer. For a touch of extra horror, these figures include not just black & white paint, but also a spray of red blood splatter! These bloody, black & white zombies will be available only as a 2-pack, and are set to release this September along with the rest of The Walking Dead comic book figures. The Bloody Black & White Zombie 2-Pack is exclusive to Diamond Comics.

Everyone knows The Walking Dead is a zombie comic book, but it's the human characters that keep readers coming back for each new issue. We couldn't deny them the black & white treatment, and who better to start with than the main character himself, Officer Rick Grimes? The Black & White Officer Rick Grimes figure features gray-tone paint, plus matching black & white accessories including his police bag, shotguns, pistol, and axe. This figure is exclusive to Toys "R" Us stores, and will be on shelves this September. 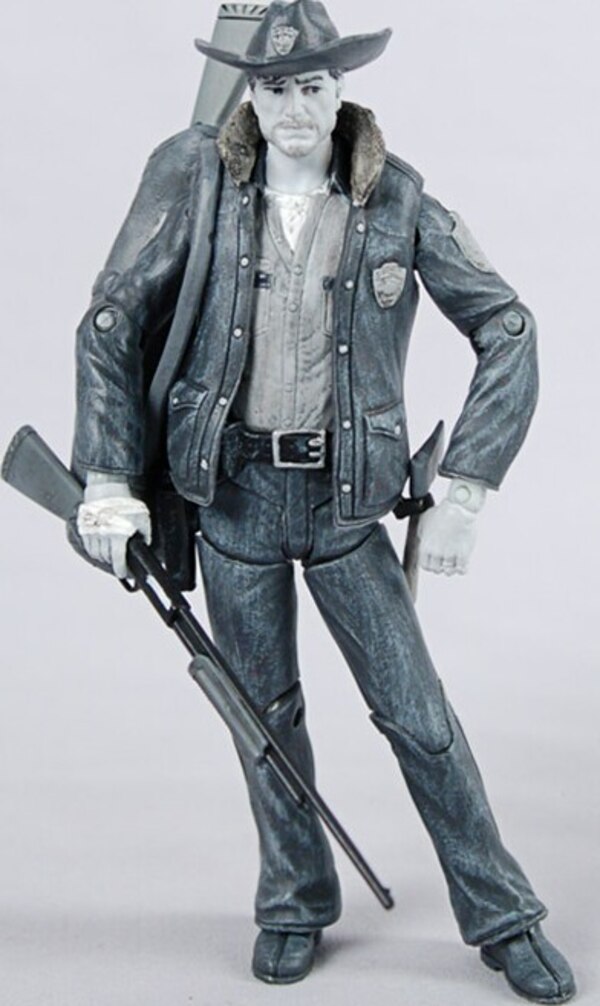 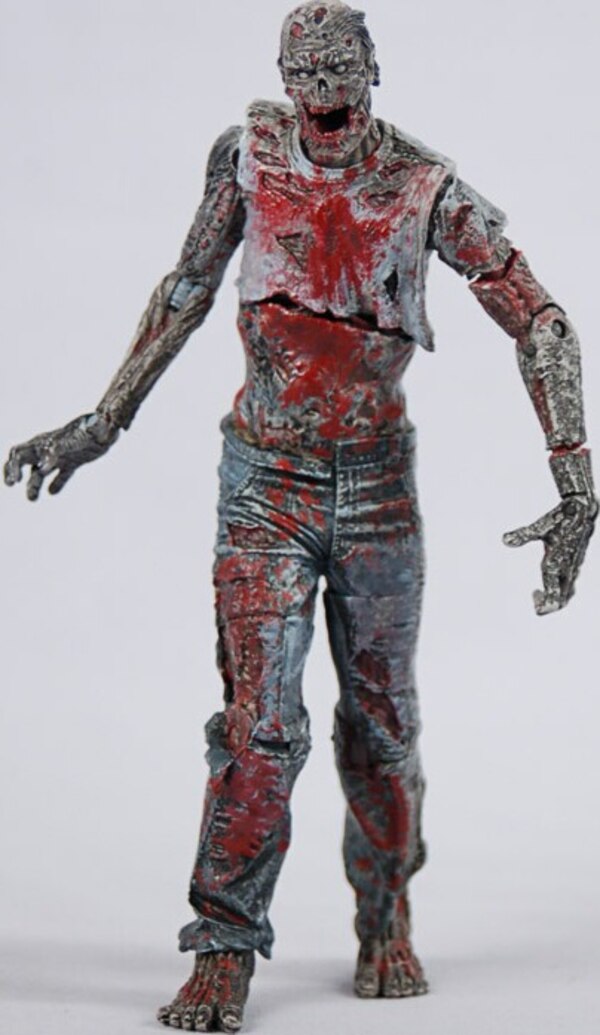 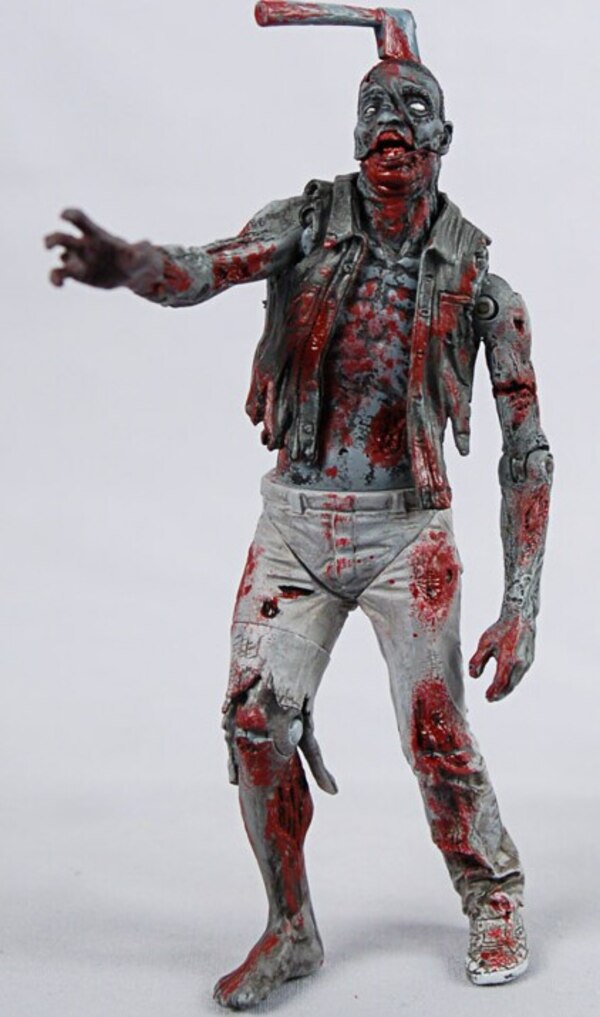