McFarlane
by Jay Cochran
April 18, 2012
We first told you about these a few weeks ago, and now McFarlane Toys has released some new images for their upcoming PX Previews Exclusive Walking Dead Bloody Black & White Rick Grimes & Michone 2-Pack. Check out the images below in our GALLERY.

Each black and white figure still features all of the detail, accessories, and play action of the standard full-color figures in The Walking Dead Comic Series 1. And of course when you put together these zombie killing experts, things tend to get a little messy. That’s why these exclusive figures include realistic blood splatter!

Inspired by the cover of The Walking Dead comic book issue #1, Officer Rick Grimes is depicted in his police officer uniform, complete with cowboy hat and jacket. Figure comes with pistol and a police duffel bag with several removable shotguns. Features approximately 20 points of articulation.

Inspired by the cover of The Walking Dead comic book issue #19, Michonne includes many of the practical and unpractical with the accessories from her unforgettable act of vengeance to come. Figure comes with her signature katana sword and various implements of revenge including a power drill, hammer, pliers, and spoon. Features approximately 22 points of articulation.
Image 1 of 9 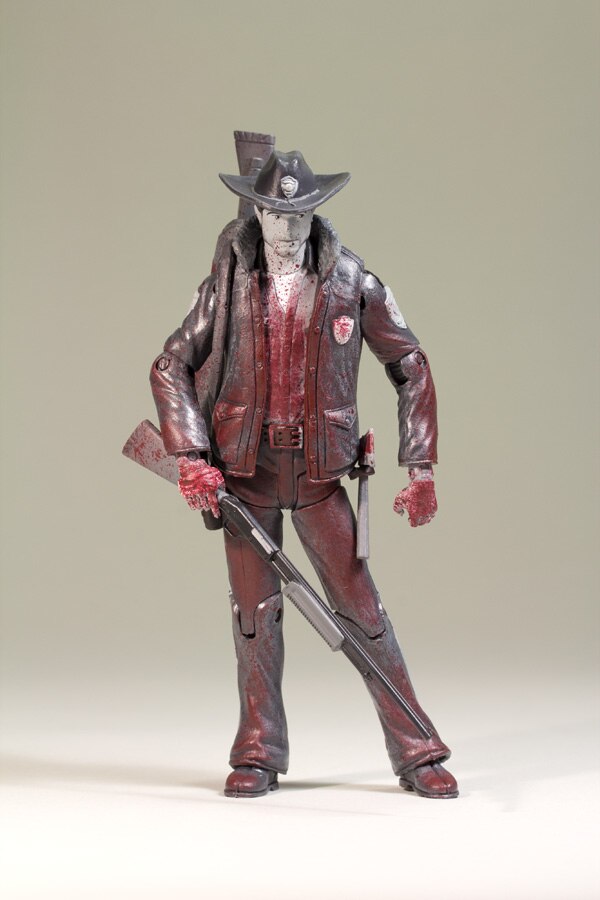 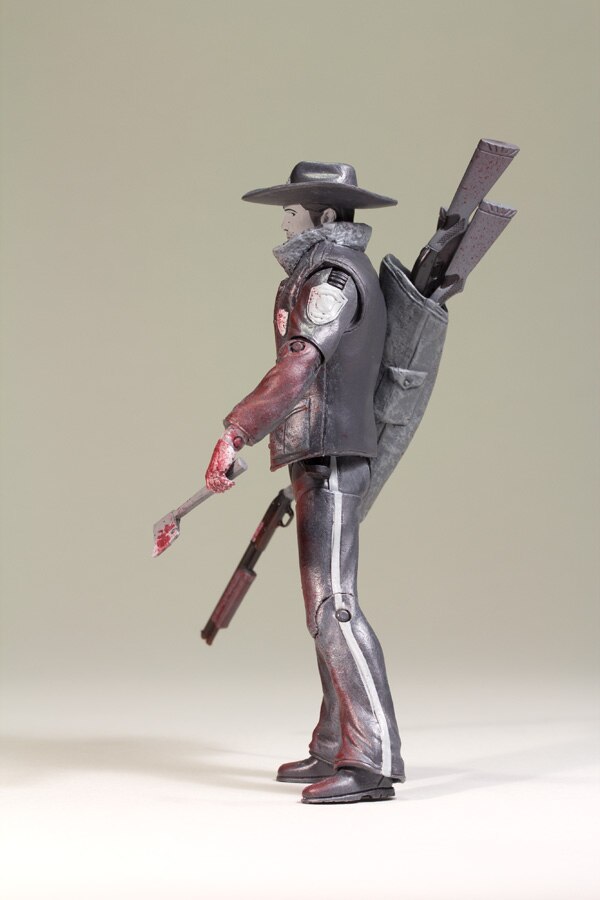 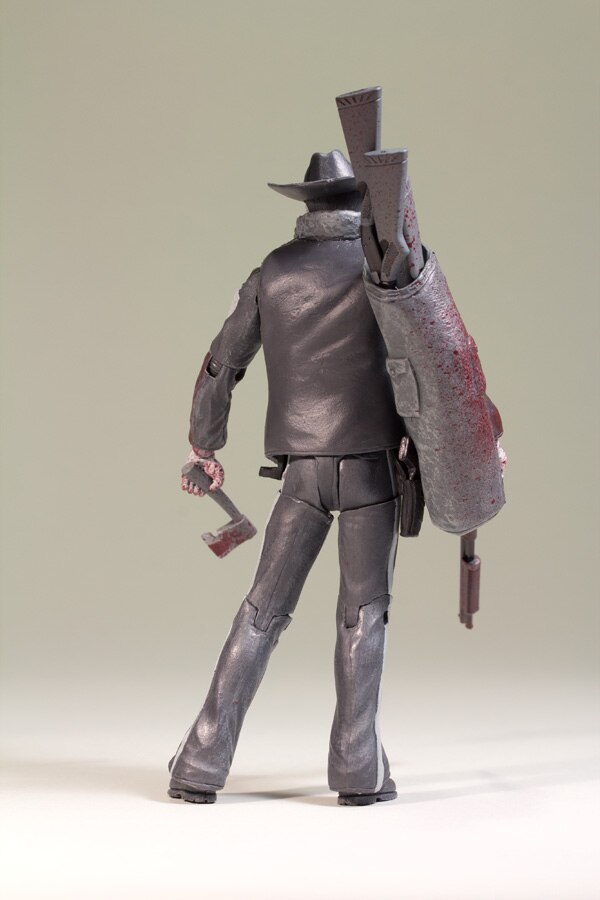 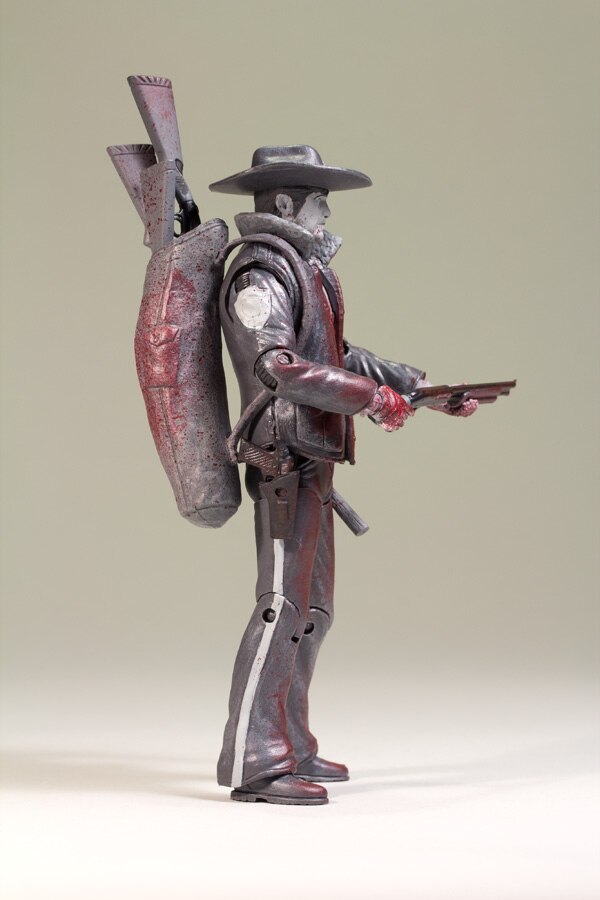 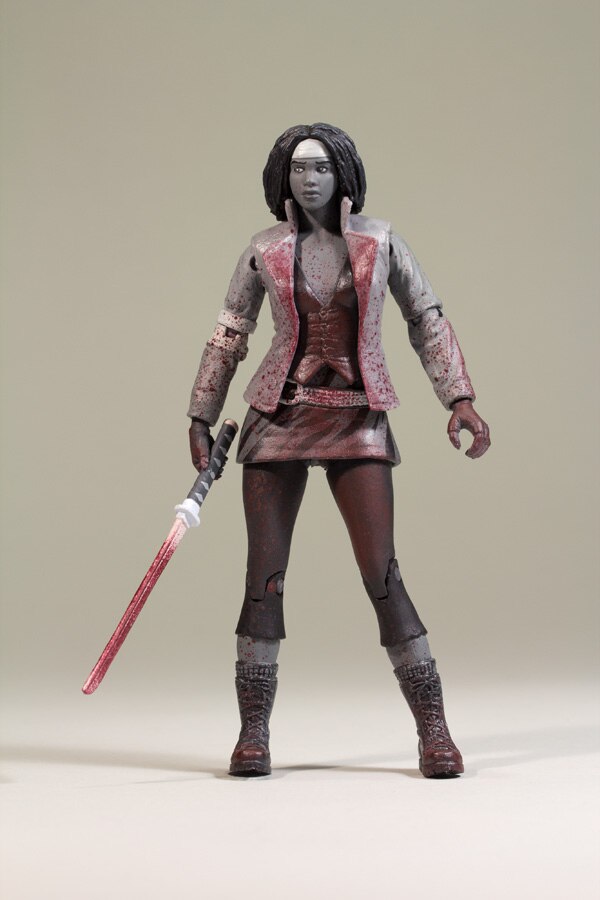 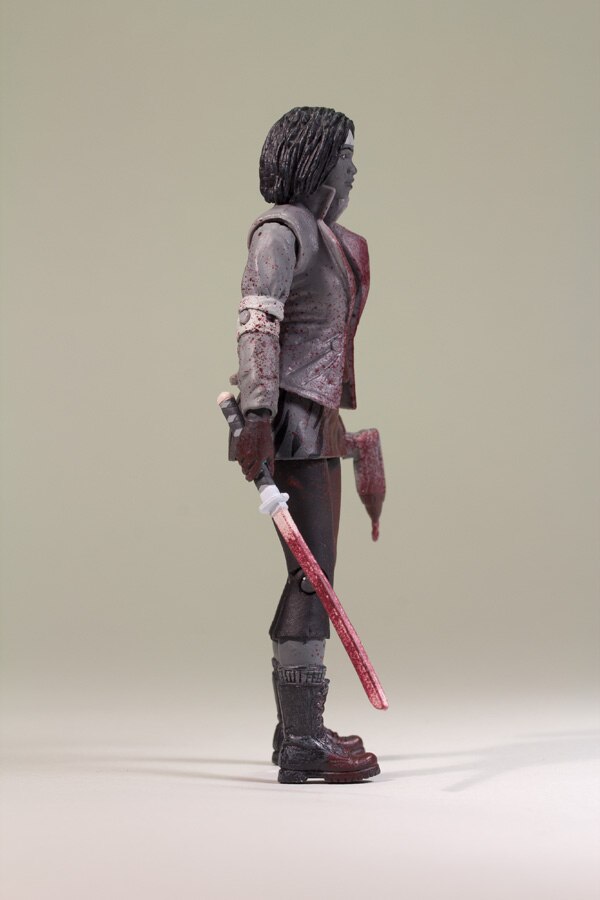 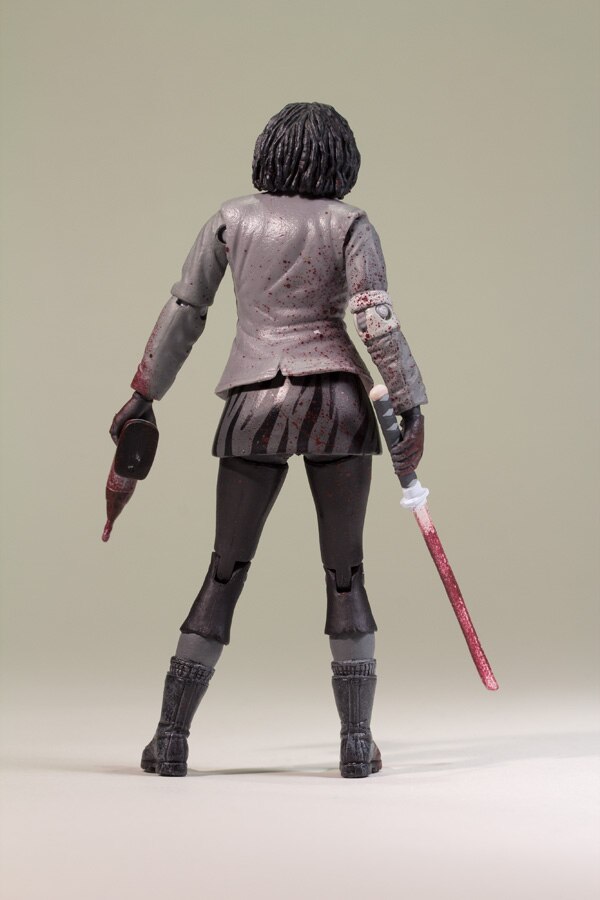 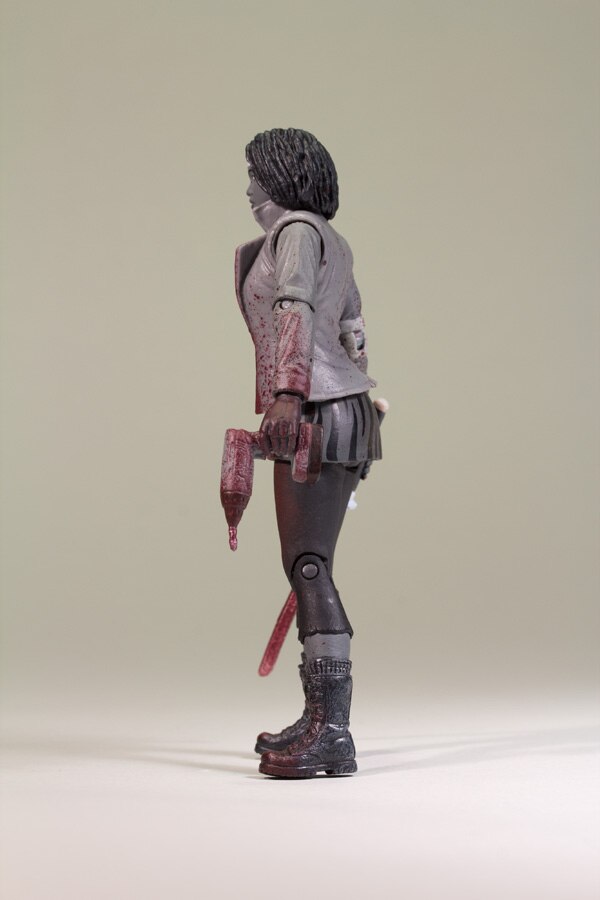 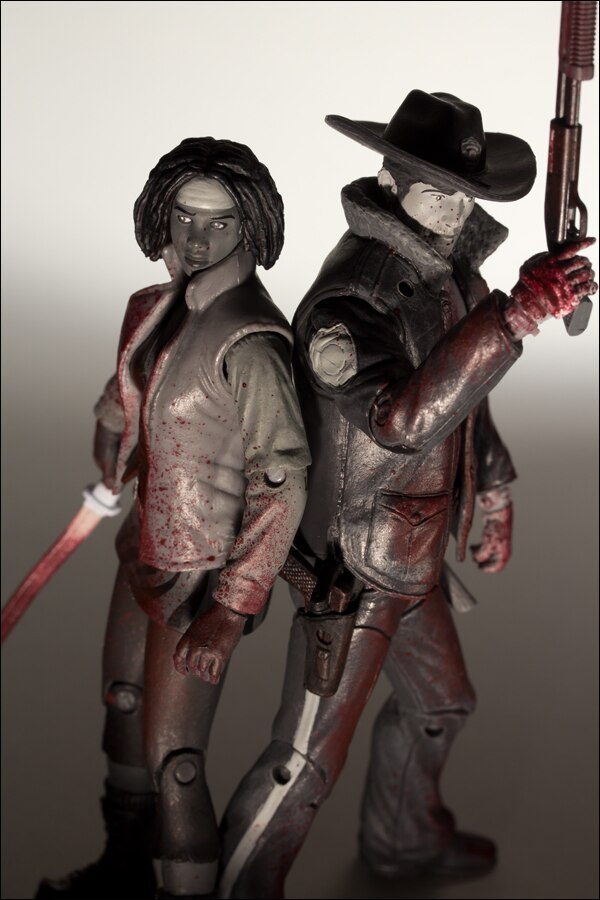