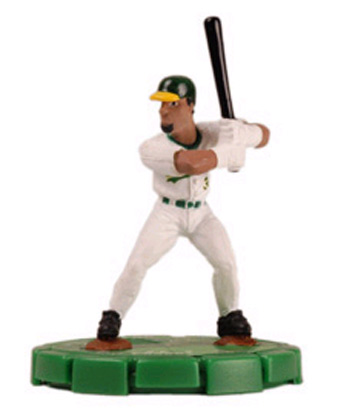 Customers will then receive a rebate check for an amount equal to the cost of the new 2005 Starter Set and 2005 Booster Pack (up to $14.98). The consumers are responsible for any sales tax and their packages containing the nine 2004 figures, coupon, UPCs and original sales receipt for the 2005 items must be postmarked no later than April 30th, 2005. WizKids is allowing just one rebate per household.

The rebate may help defuse adverse reactions from those who tried the game in 2004 and induce them to give the new version a shot, since they will be able to parlay their 2004 figures into a "cost-free" trial of the new and improved 2005 MLB SportsClix.