Mezco
by Jay Cochran
June 23, 2021
Alien has invaded the Mezco Designer Series, fully loaded with accessories from the film and interchangeable parts!

The hostile Xenomorph features a hinged outer jaw with a pop-out pharyngeal jaw inside and removable drool FX, interchangeable hands and legs, and a posable tail.

Don’t get too close! The included Ovomorph egg contains a posable Facehugger as well as an interchangeable top so the Ovomorph egg can take on both open and closed forms. If you couldn’t escape the Facehugger, you’re not gonna like what happens next…

The infant form of the Xenomorph, the Chestburster, is also included and has a posable tail.

The crew aboard the Nostromo are awakened from their cryo-sleep to investigate a distress call from an alien vessel. After the crew encounters a nest of eggs inside the alien ship, terror begins as they realize they are not alone.

MDS Deluxe Alien stands 7" tall, features 10 points of articulation, and comes packaged in a window box, perfect for display. You can pre-order this now from our sponsor BigBadToyStore.com.
Image 1 of 10 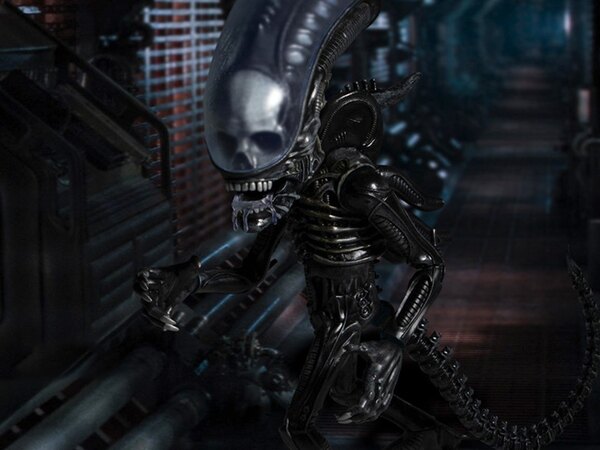 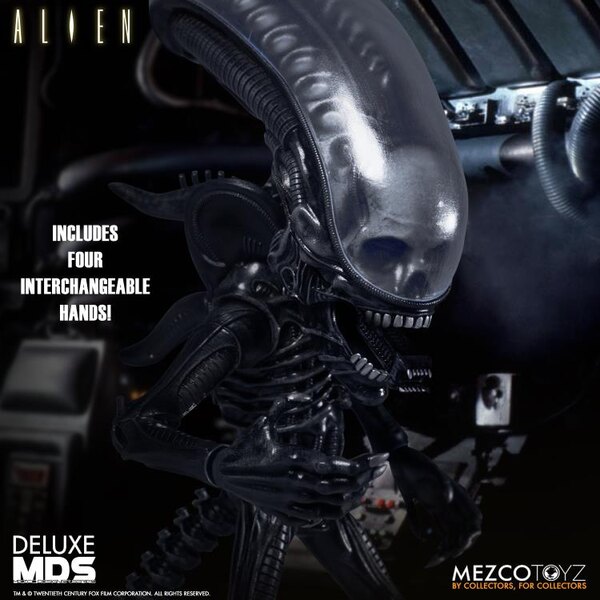 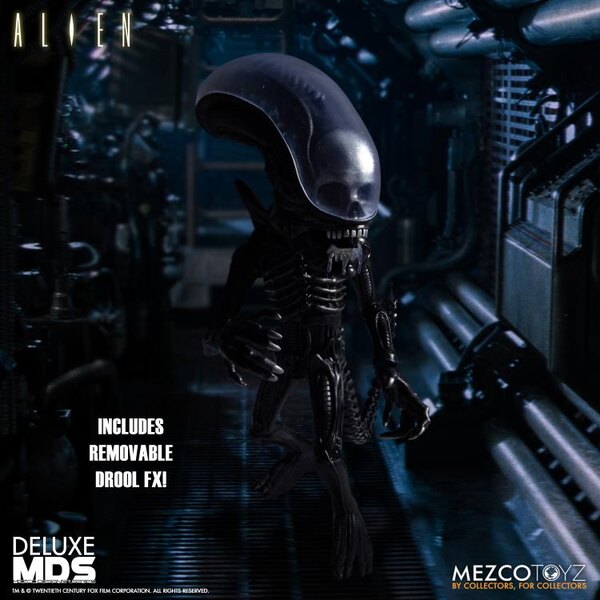 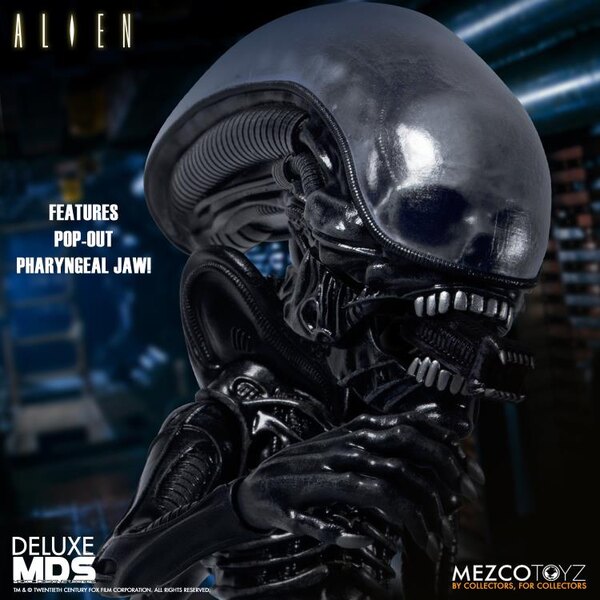 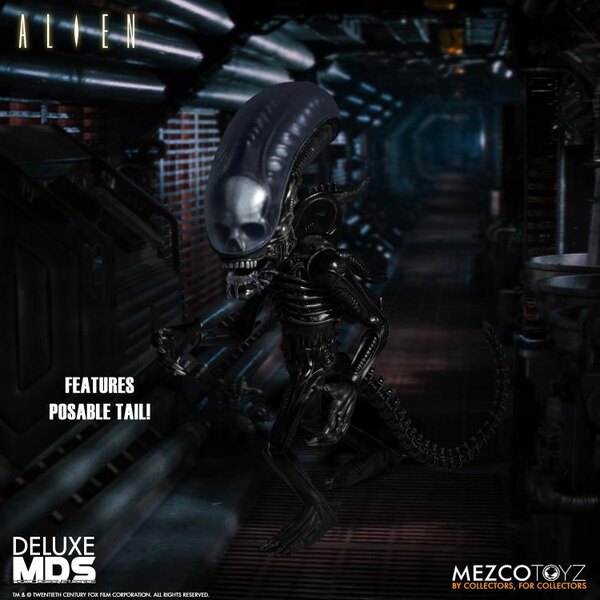 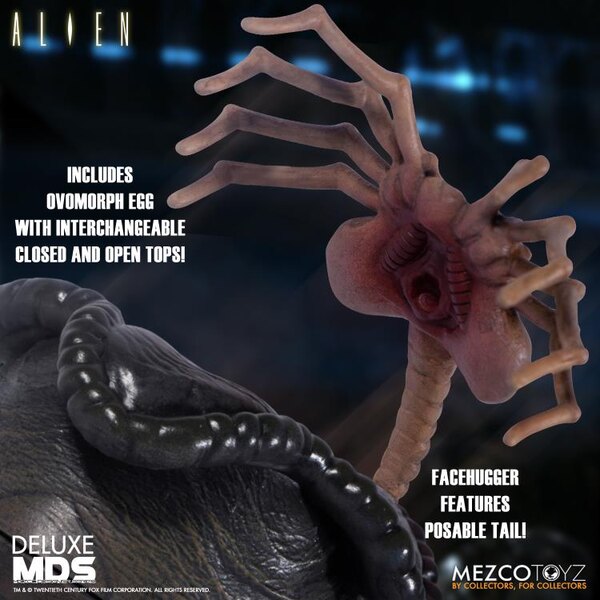 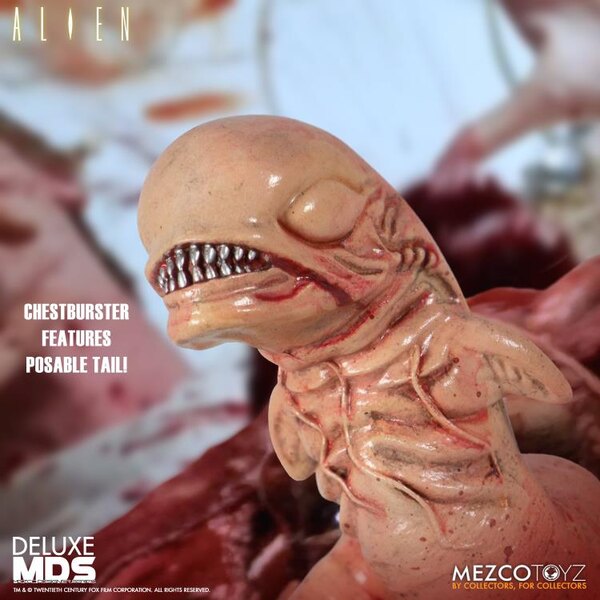 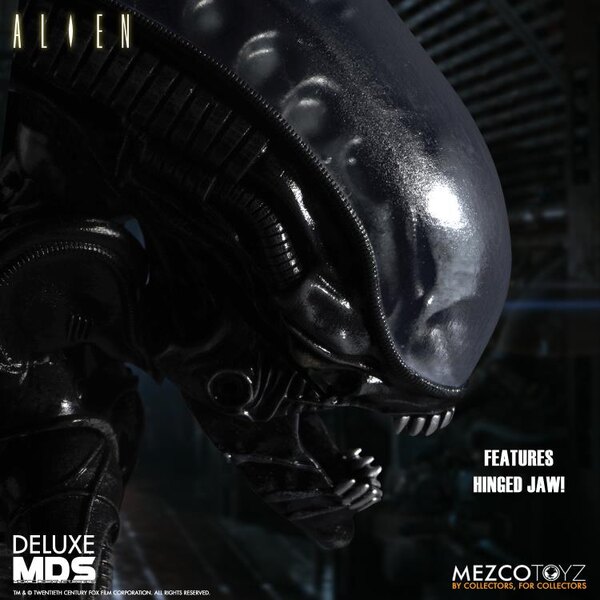 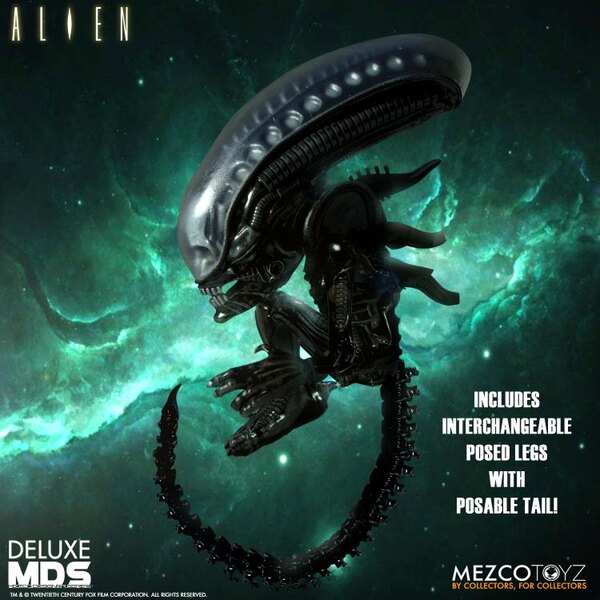 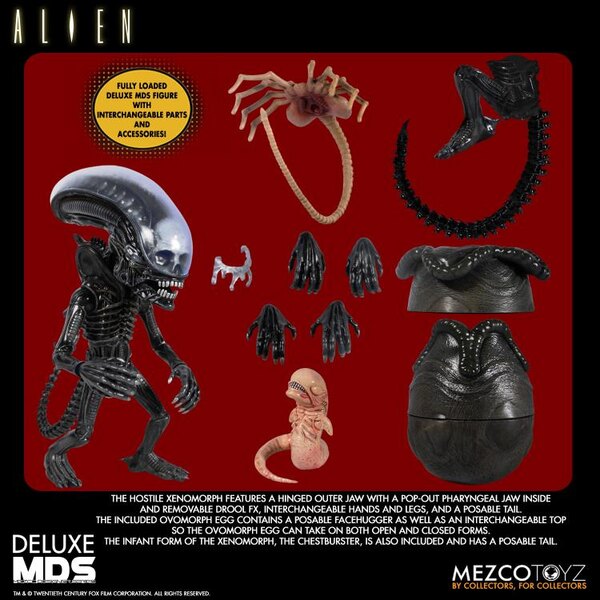 Always nice to get another.....

It's cute and I like it, I don't think I have a huge desire for it, but If I saw it in store I'd likely grab it.

It's pretty charming, but at this point I could probably fill a swimming pool with the Big Chaps we have.