Urban Vinyl Toys
by MISP Steve
December 02, 2009
Coming up in December, Kaiju takes over the double punch gallery space with four of the popular Kaiju makers and collaborators – SUNGUTS, MAX TOY COMPANY, DEAD PRESIDENTS, and DREAM ROCKETS! Yajima-san from Dream Rockets, Ichimiya-san from Sunguts, Matt Walker from Dead Presidents designs and Mark Nagata from Max Toy Company will be there IN PERSON with customs, originals, and 100% japanese goodness.

The excitment kicks off at 6pm as Matt shows his super mad skills with a Pin Stripe demo and give away!!! Followed by the shows opening at 7pm !

Can't make it that night don't worry you can catch our guests from Japan the next day ( sunday ) as Yajima-san and Ichimiya-san will both return to Double Punch... time to be announced.

This promises to be a very exciting line up, with many cool customs, and art work to be had, just in time for the Holidays ! 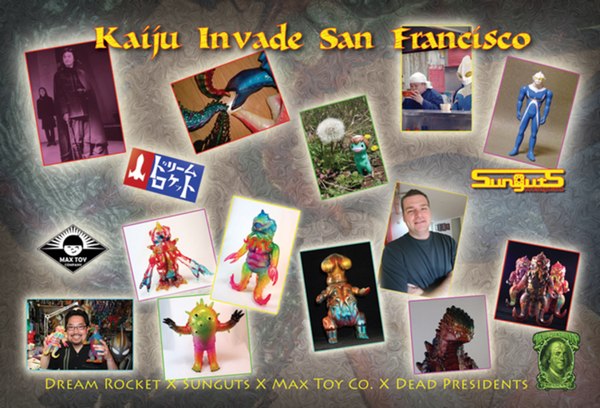 Visit the Double Punch web site to order art, toys and more from this show.

Junichi Yajima was born and raised in Japan. Like many children of his generation,Yajima-san grew up with Godzilla, Ultraman and many other types of Superhero and Kaiju shows. After developing a strong background
in several different careers, Yajima-san established his own toy company, called “DREAM ROCKET”. He has been producing fabulous Kaiju figures and has a very loyal following in Japan and around the world. Yajima-sans work has appeared and sold in numerous Phillips De Pury auctions in New York and London. Yajima-san said " I am having fun making Kaiju toys but I truly love Kaiju more than making figures out of them".

Tadayoshi Ichimiya was born in Hyogo-Ken, January 1969. He entered college in 1987 and made various self-directed movies while he was attending. In 1991, he got hired by the company that makes ads in Tokyo. While there he worked as a director. and made many TV commercials, VPs and designed characters for it. In 2000, he started producing his own soft vinyl figures. In 2003, he became a freelance director and has been spending more time on the production of figures and projects.In 2007, he made a figure for the TV show called “KAETTEKITA-JIKOKEISATSU (TV ASAHI/MMJ)”. In 2008, he had his first personal exhibition 'SUNGUTS MUCHA-FESTA' at Design Festa Gallery in Tokyo, Japan.

Matt Walker owner of Dead Presidents Designs is a custom pinstriper and painter of toys of many kinds. Kaiju, Space, Ray Gun, Robot, etc are just a small list of what he paints. Matt has more than fifteen years experience in the automotive and motorcycle coatings industries. This has enabled him to perfect his craft and become one of the most sought after painters of toys. Dead Presidents Designs specializes in Hand Pinstriping, Metal Flake Applications, Color Change Effects and Real Fire Treatments. His obsessive pride for quality shows through on everything he touches. Currently, Matt is working with several toy manufactures on both production and custom runs. His work has been featured in Hot Bike, Atomic Kulture, Street Chopper magazines. His work has also been featured online at Toy Karma, Vinyl Pulse, Toybot Studios and Plastic and Plush web sites.

Ask anyone who knows Mark to describe him and the two things that will come up are toys and art. After attending the Academy of Art College in San Francisco during the late 80's and picking up a New York artist's rep, Mark embarked on a 10-year plus journey as a freelance commercial illustrator. The highlight of this
time included over 40 cover paintings for RL Stine's Goosebumps series, Give Yourself Goosebumps."I'd been
collecting Japanese toys all along, especially Ultraman toys, and suddenly realized it would be cool to create a magazine about Japanese toys. This magazine was called Super7. In 2004, Mark created his own toy company called Max Toy Company, named after his son Max. With a nod to the Golden Age of Japanese toys, Max Toy Co. continues the tradition of offering classic Japanese character toys as well as original creations. Mark has created and curated the Toy Karma art toy show, Kaiju Comrades art toy show in Tokyo, Japan and was one of seven California artists in the ground breaking “Beyond Ultraman” Museum show and book. Both toys and artwork appear in the Killer Kaiju book from Collins Designs, Full Vinyl book, Dot Dot Dash book, Hi Fructose Magazine, and the Eiji Tsuburaya biography book from Chronicle books. "Max Toy Co. will allow me to produce original artwork, sculpt new toys, and work directly with a lot of my talented artist friends." Nagata says. Max Toy Co is a synthesis of toys and art ... both life long passions.
Image 1 of 2 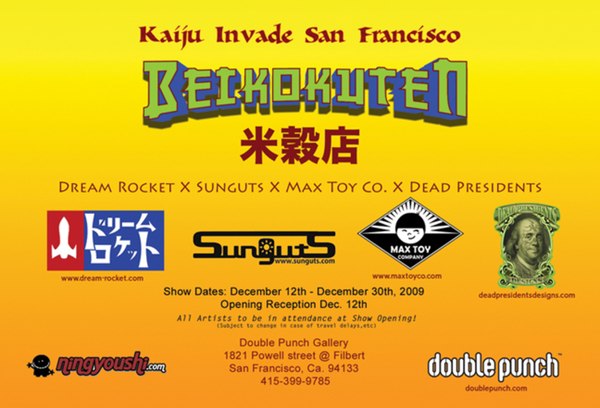 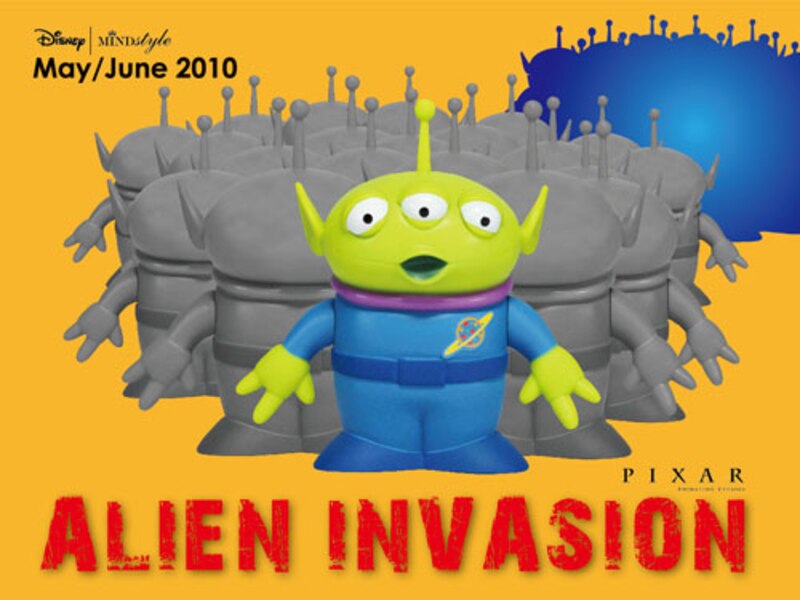