Kenner, which became part of Hasbro in 1991, was the original toy partner for both brands when they first launched in the 1980’s. Following the relaunches of Care Bears and Strawberry Shortcake in 2002 and 2003 respectively, the brands continue to be extremely popular today, having garnered nearly $5 billion in retail sales worldwide.

To continue to fuel the growth of Strawberry Shortcake, American Greetings Properties is creating a whole new look for the berry sweet characters and the world they live in will be completely re-imagined for a new generation of girls. Inspired by publishing programs of the 80’s, the spunky red-haired Strawberry Shortcake and friends will be small in scale but big on adventure, friendship, fashion, and fun with more fantasy infused throughout. The new line of strawberry-scented toys is scheduled to hit shelves in Fall 2009. All-new Strawberry Shortcake entertainment includes a CGI movie and DVD release, premiering in Fall 2009. Additional DVDs and a new television series are also in production.

The Care Bears, who celebrated their 25th anniversary in 2007 with a whole new look, have exciting changes as well. Enhanced belly badge magic and new features in their land of Care-A-Lot will continue their mission of teaching caring and sharing to preschoolers. The new Care Bears toy line will be part of Hasbro’s Playskool® brand and will feature the new look of the Care Bears from the animated series, “Care Bears: Adventures in Care-A-Lot,” which airs during the KEWLopolis on CBS block. The toy line will debut in Fall 2009. An all-new CGI movie and DVD release also premieres in Fall 2009.

“Both Care Bears and Strawberry Shortcake have a strong history with Hasbro, and we are thrilled to be working with them on our two biggest classic brands,” said Tamra Knepfer, Senior Vice President, Consumer Products, American Greetings Properties. “Hasbro has unparalleled experience leveraging evergreen franchises with toy lines at retail and we are incredibly excited about the innovation, marketing, and retail presence that this alliance brings to both brands as we look to grow both here in the U.S. and around the world.”

“We are very happy to welcome Strawberry Shortcake and Care Bears home to Hasbro,” said Sharon John, General Manager of Toy Marketing, Hasbro Toys. “We look forward to working with AGP to build on the strong foundations of both brands. Our strategy includes incorporating new technology for breakthrough, adorable Care Bears plush, plus introducing a new line of Strawberry Shortcake toys including small dolls to little girls everywhere.”

Hasbro will be developing a full line of toys for Care Bears and Strawberry Shortcake, including plush, dolls, play sets, games, puzzles and figures, as well as introducing new categories.
Image 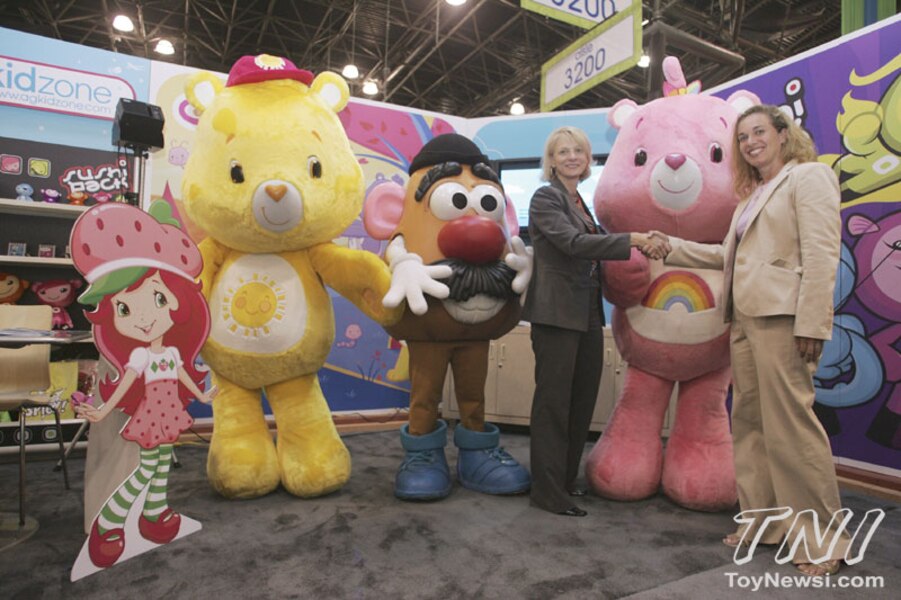