TMNT
by Jay Cochran
March 04, 2014
We aren't expected to get our first look at a teaser trailer for the new Teenage Mutant Ninja Turtles movie until next month, but Comic Book Movie has posted images of some cake toppers featuring all four turtles as they will appear in the film.

Ninja Turtles will be directed by Jonathan Liebesman ("Wrath of the Titans"), and produced by Michael Bay (Transformers). The script wast written by Josh Appelbaum and Andre' Nemec, based on characters created by Kevin Eastman and Peter Laird. The cast includes: Megan Fox as April O' Neil, Alan Ritchson as Raphael, Noel Fisher as Michelangelo, Danny Woodburn as Splinter, Jeremy Howard as Donatello, Pete Ploszek as Leonardo, Will Arnett as Vemon and William Fichtner as Shredder. TMNT opens in theaters on August 8, 2014.
Image 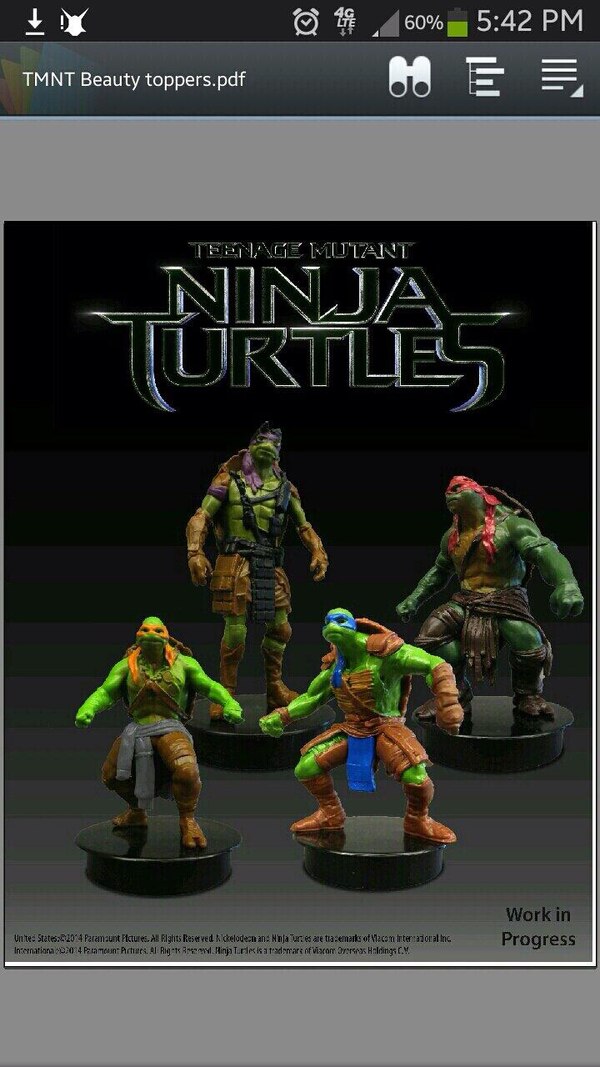