TMNT
by Jay Cochran
June 26, 2015
We first showed you Playmates Toys upcoming 2015 SDCC exclusive Teenage Mutant Ninja Turtles figure the the other day and now we have specific details such as cost to share with you.

Nickelodeon will be releasing an exclusive Comic-Con Teenage Mutant Ninja figure by Master Toy Licensee Playmates Toys. The TMNT 11” Metal Mutants Leonardo figure will be available in a limited production run, available only at the Nickelodeon Comic Con booth.

This deluxe 11” Leo figure is decked out with enough metal to take on the toughest space villain that dares to threaten earth!

· Comes packed out in an oversized blister package, secured in a second resealable box

Here is a video Playmates posted from their Facebook page showing the figure off in greater detail.

Here's an up-close and personal with our 2015 Comic-Con International exclusive, 11" Metal Mutants Leonardo! 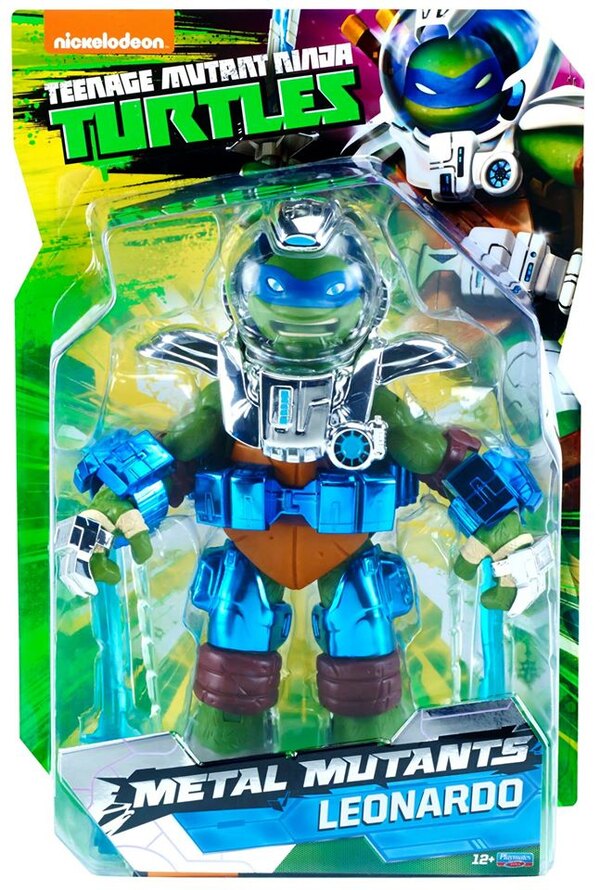