The Teenage Mutant Ninja Turtles have been reimagined countless times since their creation. From their comic page beginnings to various animated likenesses, we’ve known the Turtles in many interactions. Now, Sideshow presents our take on this fearsome fighting team.

Leonardo has always been identified as the leader, so it’s only fitting that we start with him. Standing at 14.5” high, this representation features Leonardo in a pose that exudes a confident fighting prowess as he wields his katanas, the Sideshow Exclusive version will feature a variant portrait that is of Leonardo wearing the red mask that each Turtle wore when they were first created.

The sewer scene base that Leonardo stands astride is meant to work in concert with the others of this series to create a dynamic display option.

You can also purchase an exclusive version with red bandana directly from Sideshow Toy. 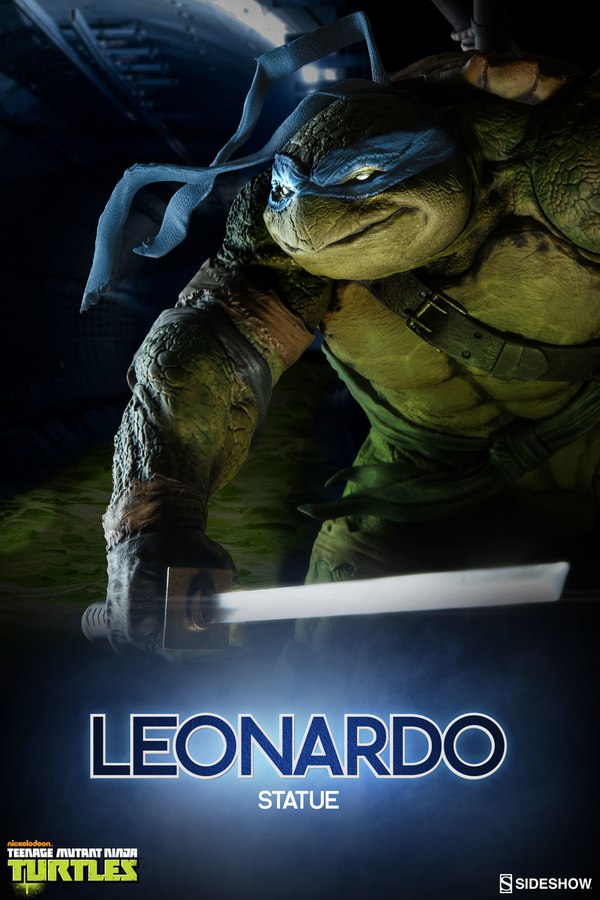 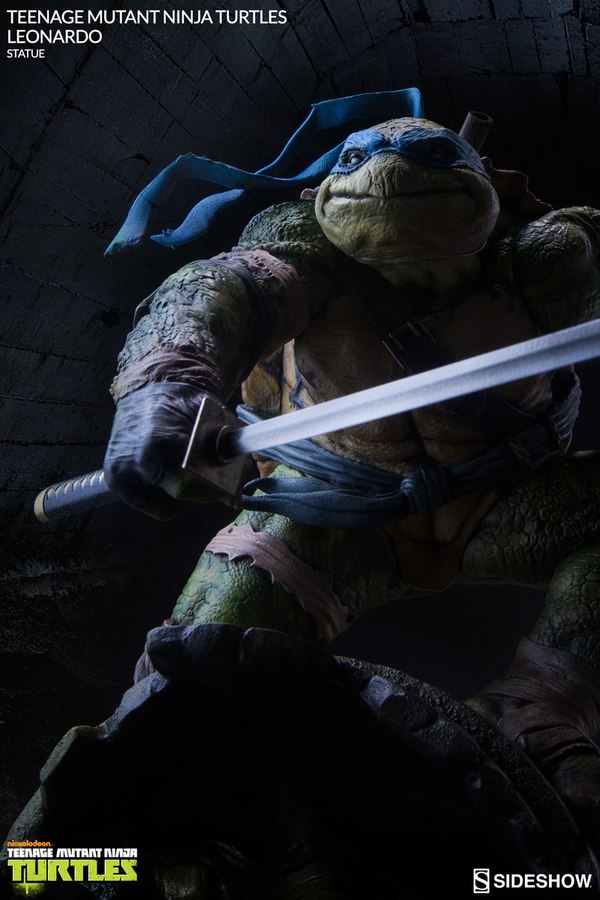 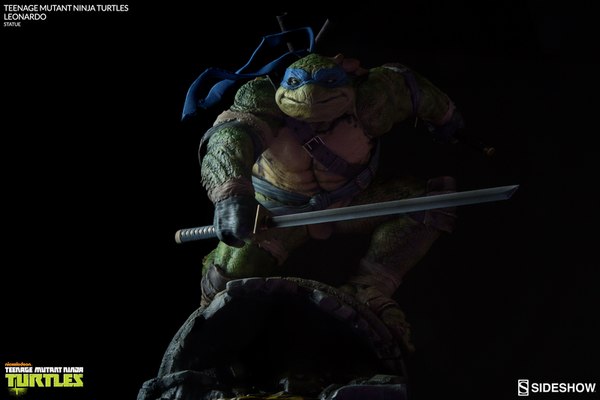 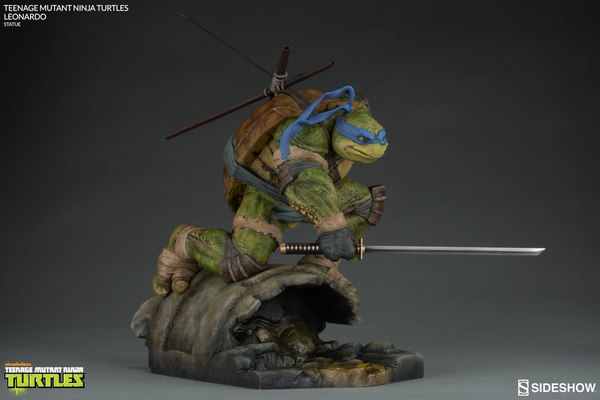 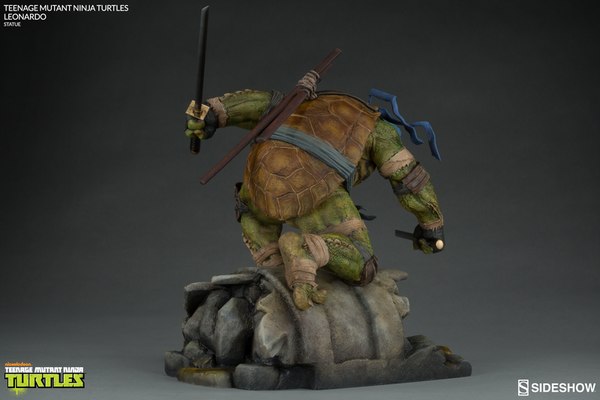 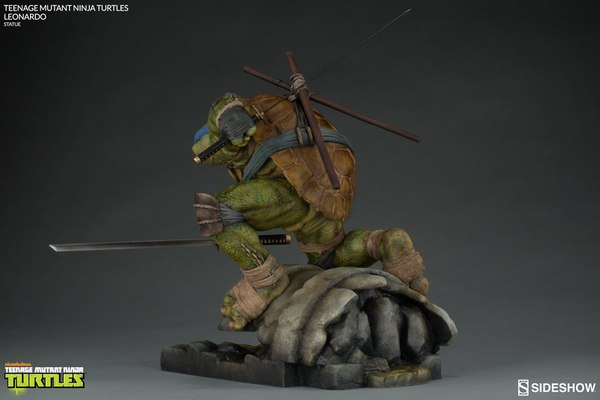 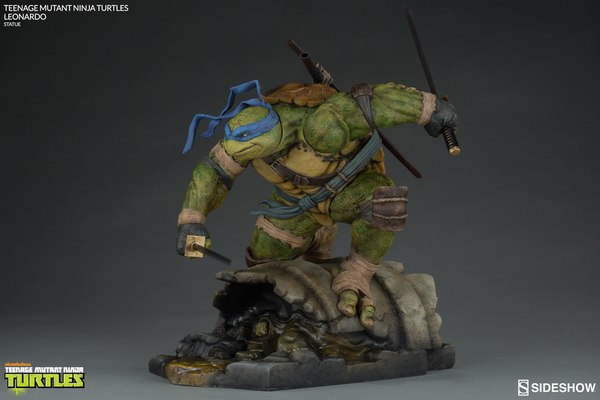 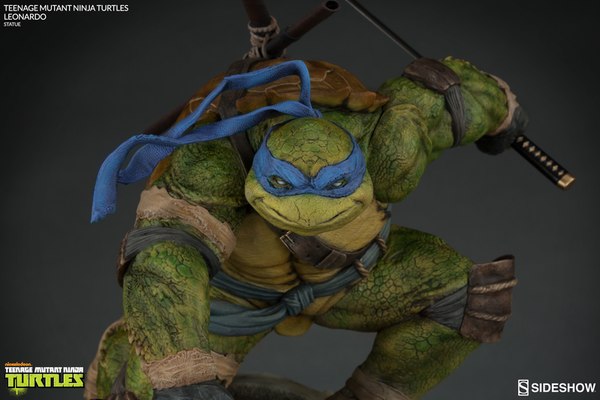 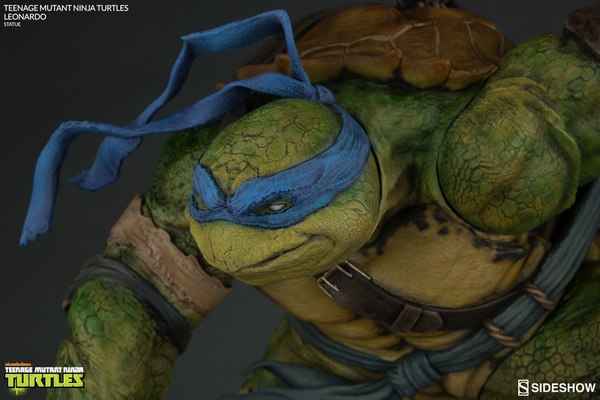 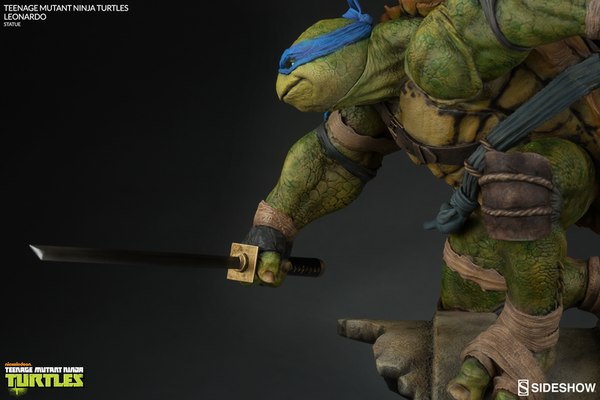 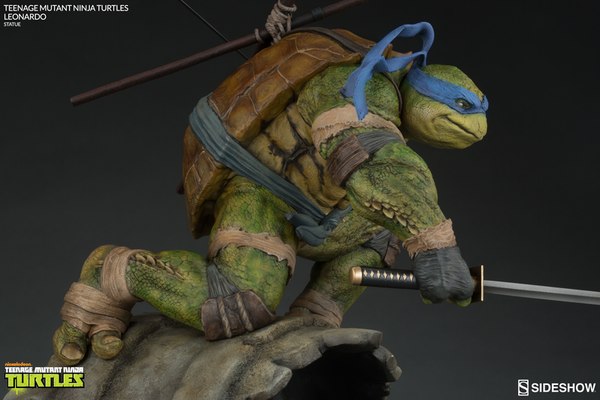 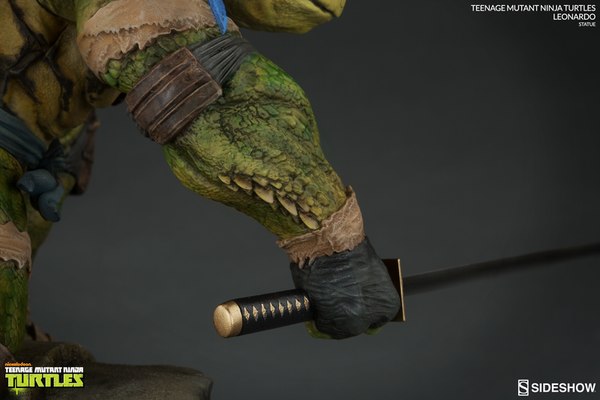 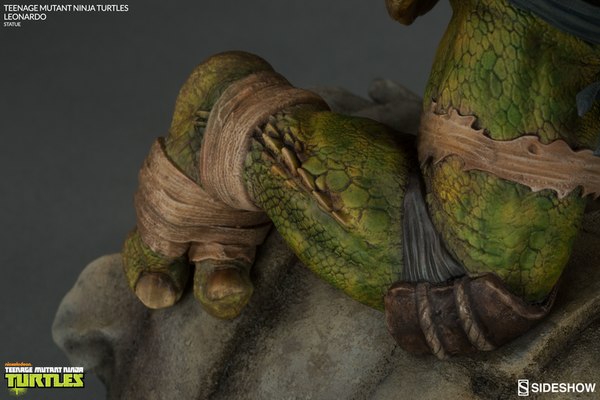 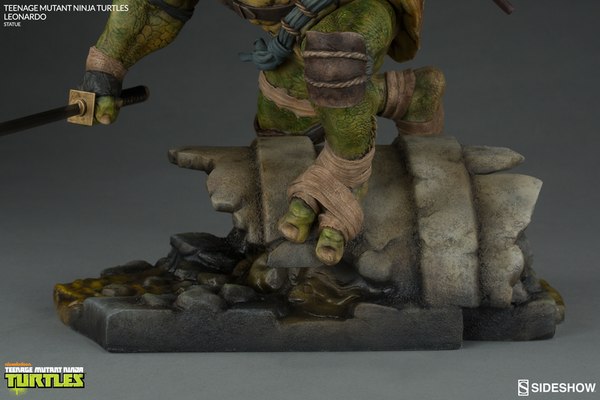 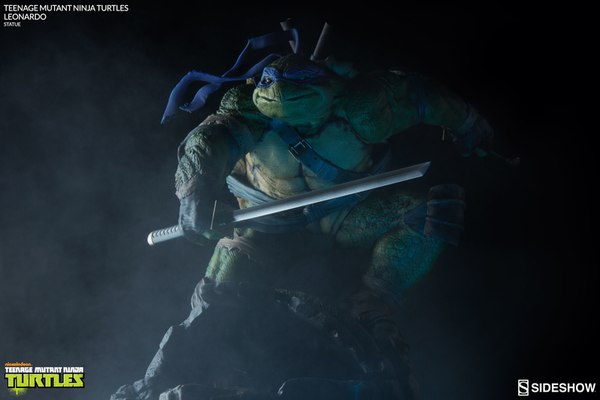 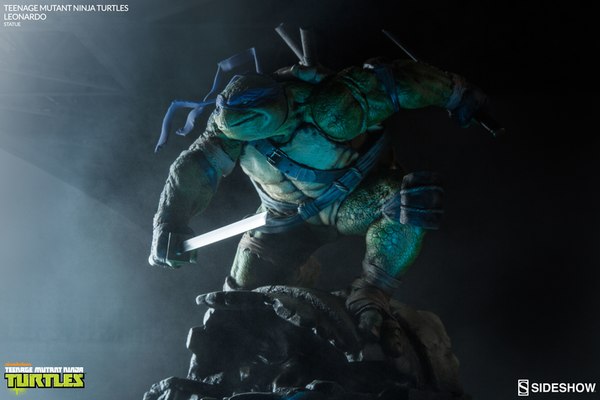 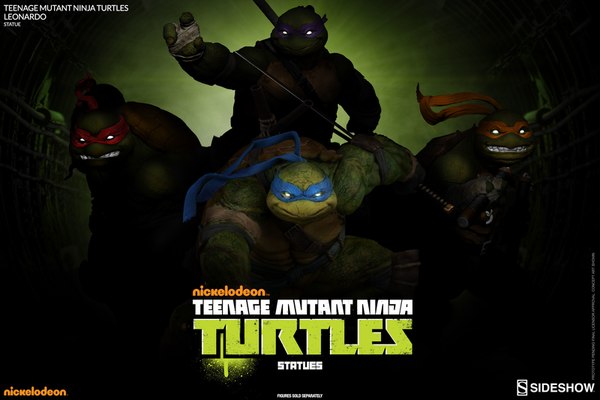