The Four Horsemen Introduce The Queen & Her Court

Four Horsemen
by Jay Cochran
June 15, 2009
Production of the Four Horsemen’s latest action figure offering from their property “7th Kingdom” is in full swing and are expected to ship from the factory early next week. “Queen Alluxandra of the Bluddmane Clan” is the main character in this latest wave of figures from the Horsemen and in keeping with Four Horsemen tradition, she won’t be arriving by herself.

As with previous Seventh Kingdom Releases (Xetheus and Ramathorr), a group of exclusive variants of the main character have been created and will be offered through various online retailers, toy news websites, and action figure magazines.

Over the next four days (including today) the Four Horsemen will release images of Queen Alluxandra and her variants, and will also reveal the name of each character and where that figure can be purchased.

On Friday some of these figures will go up for pre-order on some of the retailers’ websites, and next week you’ll have the opportunity to pre-order the complete set of exclusives through the Four Horsemen’s own online retail outlet: Store Horsemen (https://www.StoreHorsemen.com).

These first two figures are going to be available only through the Four Horsemen themselves: “Queen Alluxandra of the Bluddmane Clan” and “Isadorra of the Ironspynne Clan”.

Both figures will come with their respective scepters, and each will also wield a battle sword for when diplomacy just doesn’t do the trick. Queen Aluxandra will also carry a removable dagger.

Each figures will retail for $20.00 and both will be available from the Four Horsemen at the 2009 San Diego Comic Con and through Store Horsemen.
Image 1 of 4 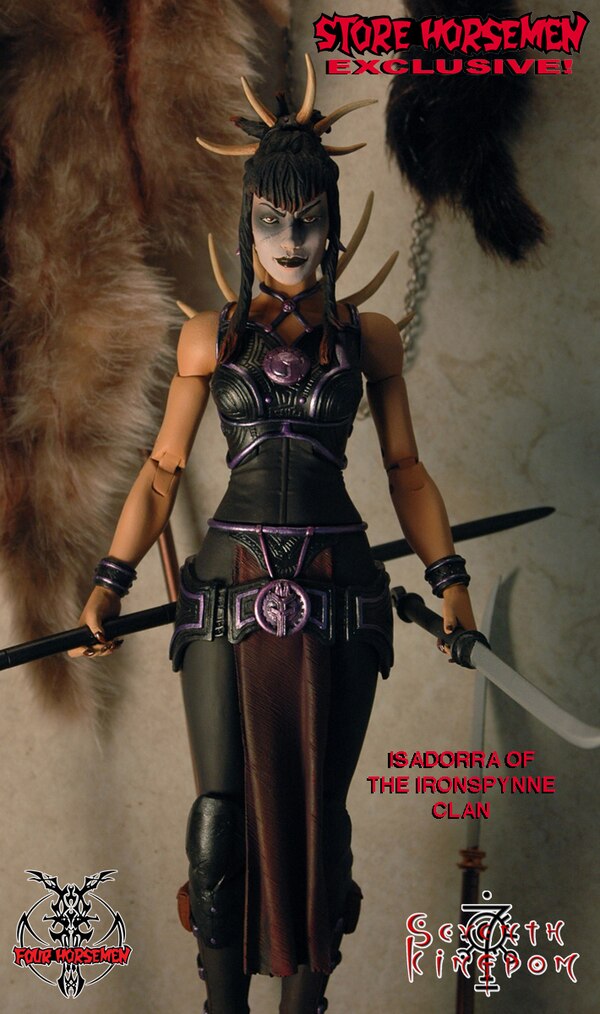 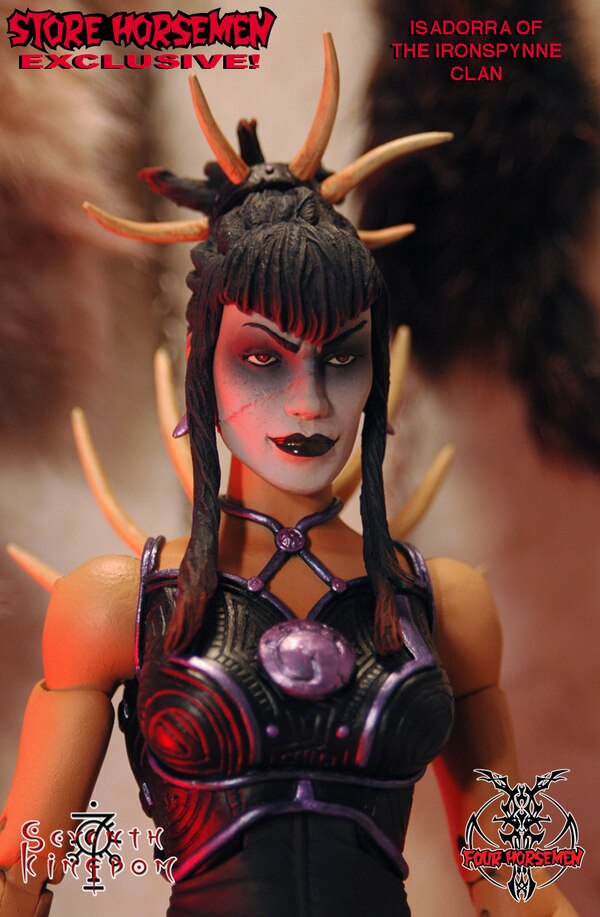 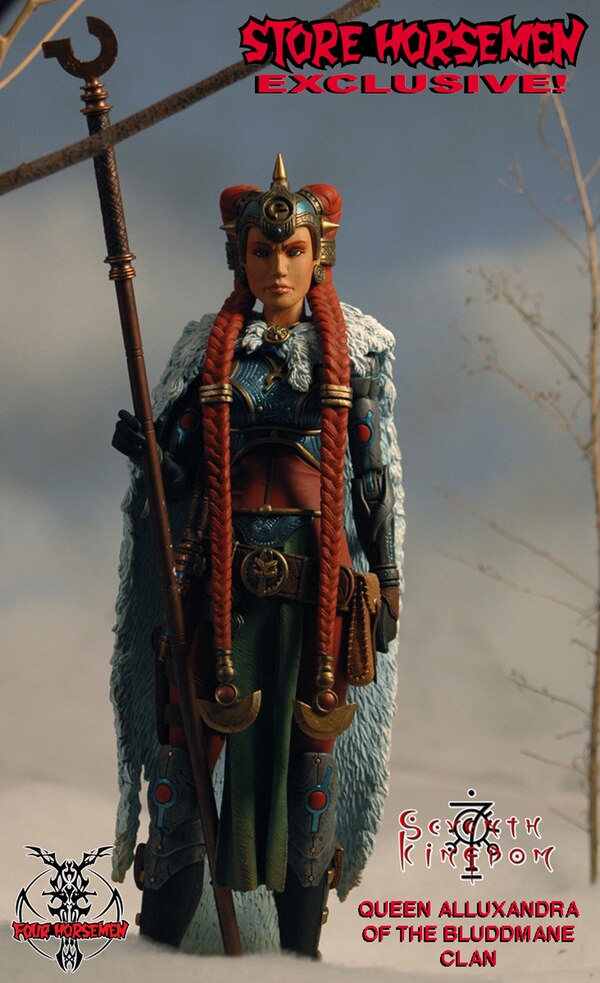 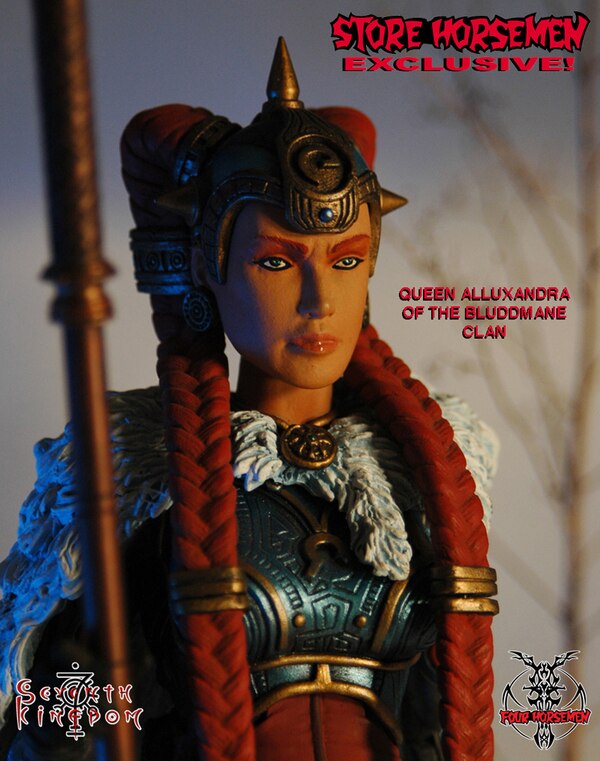 Search Online Stores for The Four Horsemen In

The Figura Obscura: Headless Horseman From The Four Horsemen 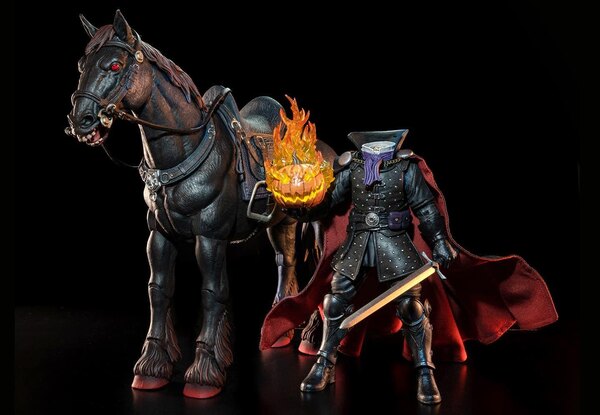 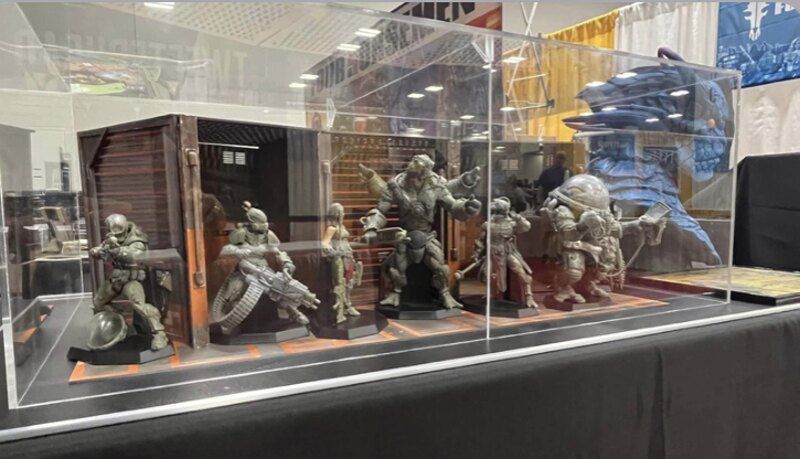