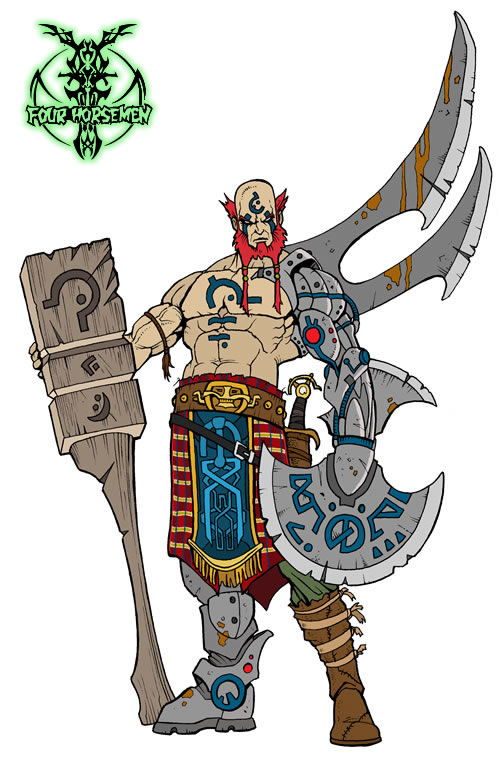 
Things are really moving along quickly with the Four Horsemen's (https://www.FourHorsemen.biz)

Almost all of the sculpting and fabrication are completed on the 7th Kingdom Minotaur figure, which will be sold as an exclusive at the 2006 San Diego Comic Con. Also, molding and casting of the first prototypes has started! Soon the prototypes will be sent out to the factory so mass production can begin.

If you want an insiders' look at just how all of this takes place, be sure to stop by the FANtastic Features section at FANtastic Exclusive.com.

Not only are there lots of photos detailing the process, but also included is a ton of text explaining what goes into the creation of an action figure, both physically and mentally. We're up to day 10 right now, and all next week we plan to update the progress with new images and text every single day!

Also, the FANtastic Exclusive message boards are a great way to voice your opinion on the creation of the 7th Kingdom Minotaur figure, and to bounce your ideas off of other fans just like you!

The next stage of FANtastic Exclusive 2006 is going to get underway soon, so be sure to drop by and get involved today!

FANtastic Exclusive 2006. It's a fanboy thang.