Kotobukiya Takes a Piece Out of Marvel

Marvel
by Jay Cochran
October 13, 2006
The talented artisans of Japan’s own Kotobukiya, in partnership with Diamond Select Toys, are proud to debut this stunning Japan Presents Wolverine statue! Featuring a striking new take on one of Marvel’s most popular characters, this Marvel Milestones release depicts the Canadian berserker doing what he does best – his worst!

Standing an impressive twelve inches tall, Japan Presents Wolverine features a unique style from a country Logan visited often throughout his years as an X-Man and even before. While other candidates for this stylized treatment were considered, Wolverine came out ahead – leaving several possibilities for future pieces. Limited to just 2,500 pieces, each statue features a hand-numbered base with matching box and Certificate of Authenticity. Japan Presents Wolverine will ship to stores next March and will be available for a suggested retail price of $175.00. 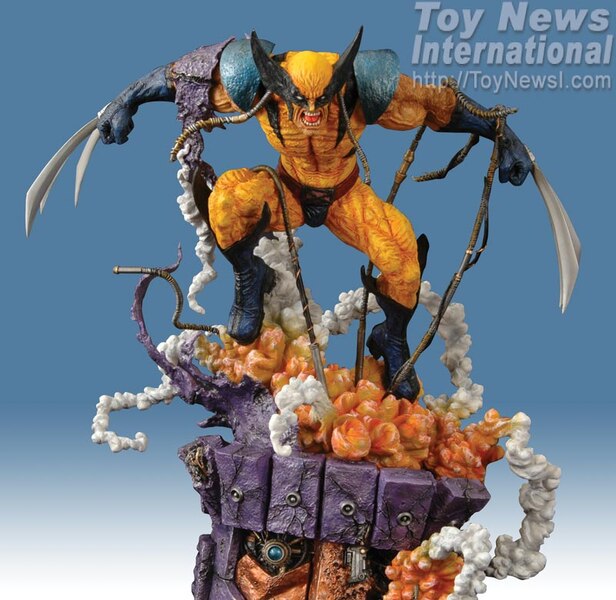