Based on her appearance during Chris Claremont and John Byrne’s famous Uncanny X-Men run, this all-new exclusive Storm bust sports the African wind-rider wearing a leather vest, studded collar and edgy mohawk along with her lethal blade – ready to take on Callisto for control of the Morlocks! Sculpted by Sam Greenwell and strictly limited to 750 pieces, this 5 ˝” bust is guaranteed to move quickly the moment the show opens.

With Preview Night beginning on Wednesday, July 19th, the 2006 San Diego Comic Con continues to deliver the very best in show exclusives, special guests, unique programming and an ever-increasing number of fans. Continuing through Sunday, July 23rd, be sure to stop at the Diamond Select Toys booth early to pick up this limited and iconic exclusive! 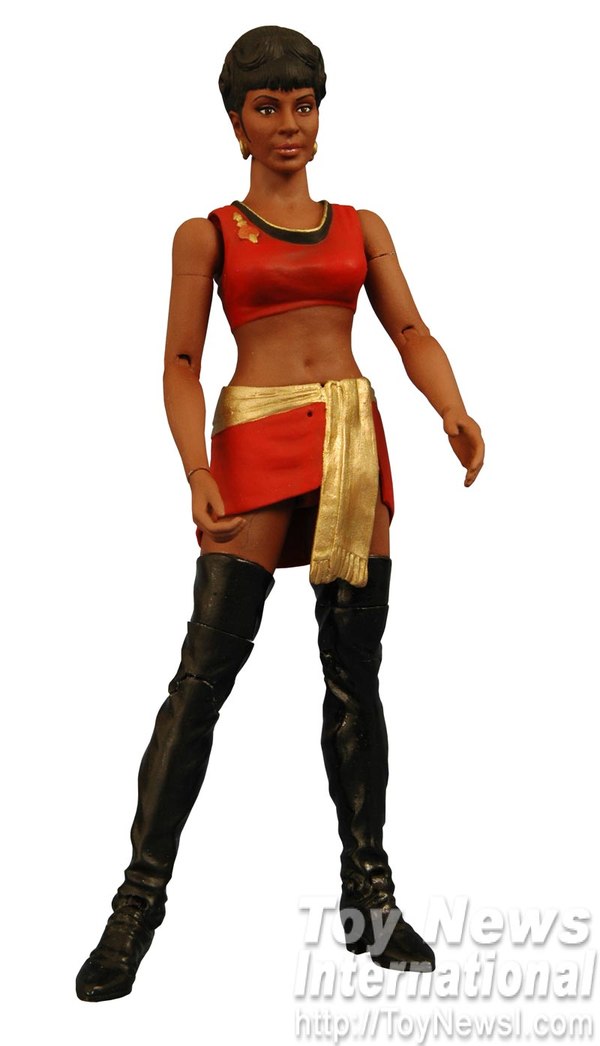 The DST “Mirror, Mirror” Uhura, McCoy, Chekov and Sulu action figures will be offered for the first time during this convention, with a free autograph ticket and a promotional Marlena Moreau action figure offered to fans who purchase all four exclusive figures. All five action figures were sculpted by Art Asylum and include multiple points of articulation with episode-specific accessories. 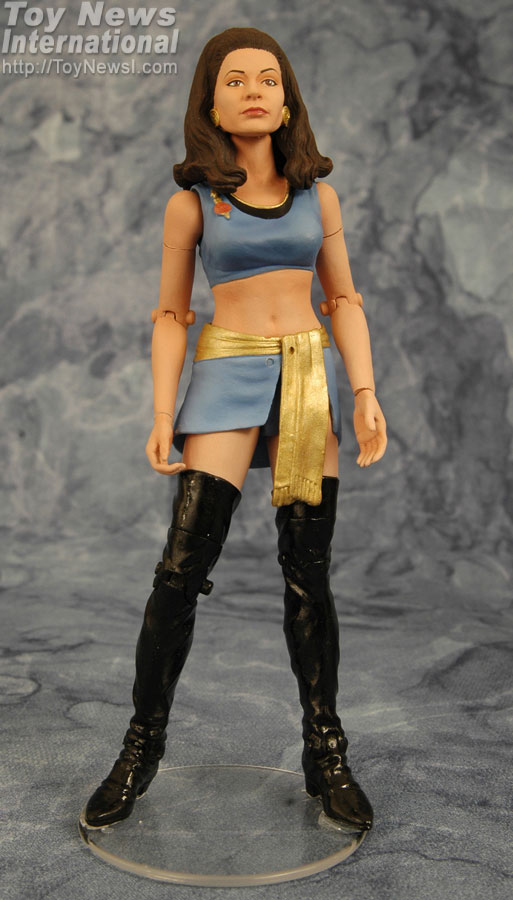 Internet retailers New Force Comics, Action Figure Xpress and Entertainment Earth will be offering their exclusive McCoy, Sulu and Chekov figures while the Uhura figure will be sold by DST. Quantities of the Marlena Moreau figure will be limited and subject to availability, so interested fans should complete this STAR TREK challenge early to claim their prize.

"Fans of the Star Trek universe have very high standards, and we're looking forward to raising the bar even higher with our "Mirror, Mirror" exclusive figures," stated Diamond Select Toys' Marketing and Sales Supervisor, Michael Leavey. "With our line of Star Trek: The Next Generation action figures continuing, we wanted to bring fans of the classic series a little something extra to celebrate the landmark 40th anniversary." 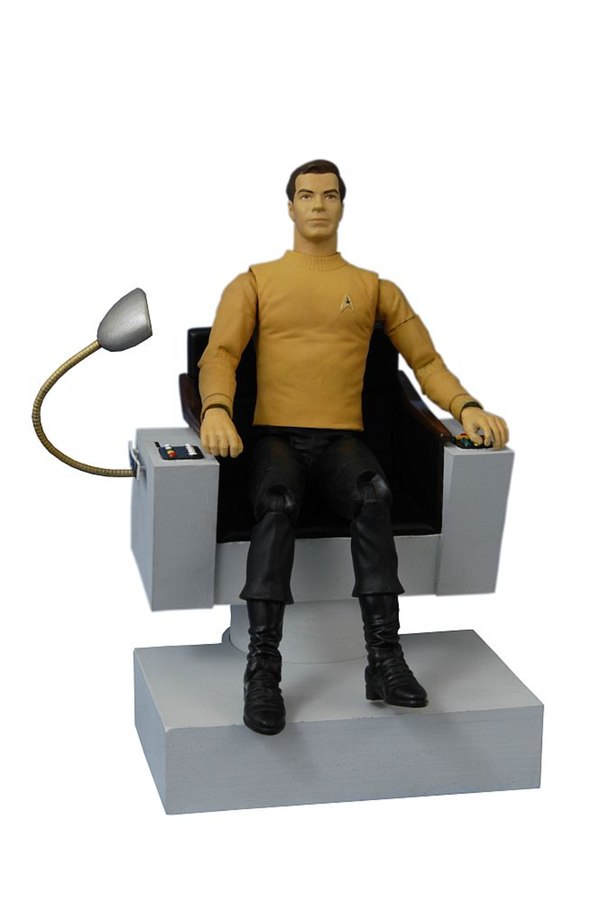 
With plans for this year’s San Diego Comic Con continuing at full steam, Diamond Select Toys is excited to announce the latest exclusive item available at this summer’s show – the deluxe Star Trek Captain Kirk and Command Chair from “Where No Man Has Gone Before”! Featuring an exclusive action figure of Captain James T. Kirk, this set is based on Star Trek’s second pilot episode and features an all-new!

Available only from DST during this summer’s San Diego Comic Con, the Captain Kirk & Command Chair set incorporates the tiniest details from this ground-breaking premiere episode. From the uniform to the armrest buttons, this is your chance to bring home a piece from the beginning of the Star Trek legacy! Packaged in a deluxe window box, the Captain Kirk & Command Chair set will retail for $25.00 at the DST booth.

Sculpted and designed by Art Asylum, the Captain Kirk Command Chair set will join two others due to be released later this year – with one featuring Captain Kirk in standard uniform and Captain Pike from the series pilot “The Cage.” Both due out in celebration of the 40th Anniversary of Star Trek, each figure included in these Command Chair sets features multiple points of articulation and will be in scale with the previously released Star Trek original series figures. 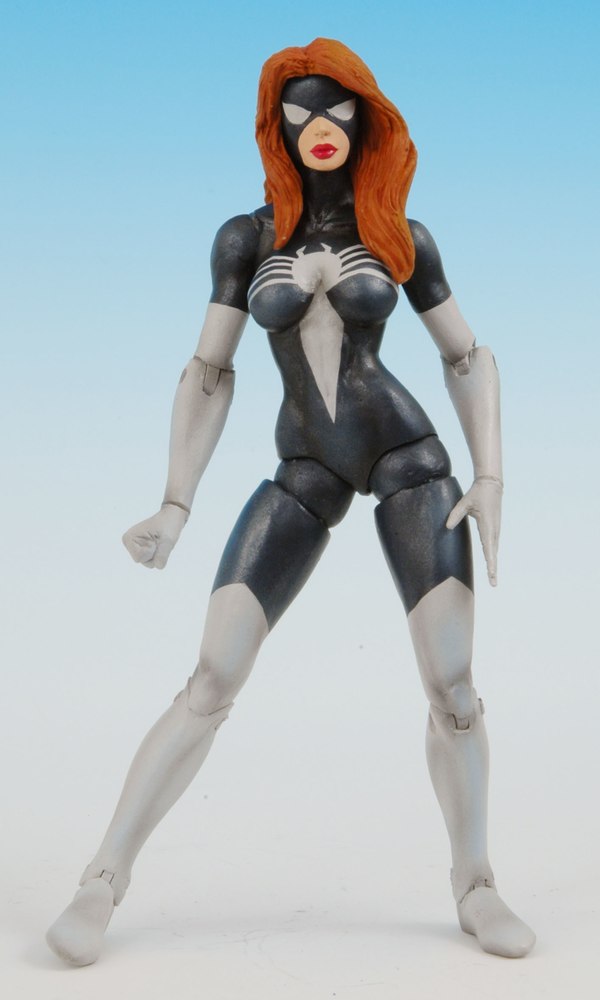 
Diamond Select Toys is excited to announce the latest exclusive item for this summer’s San Diego Comic Con – our Marvel Select Black Spider-Woman! Hot on the hells of our regular Spider-Woman release, this version of the buxom beauty features an all-new paint design sure to please fans of the masked maiden.

Available July 19th through July 23rd, the Marvel Select Black Spider-Woman depicts the second Spider-Woman, Julia Carpenter. After receiving her powers through secret experiments by the Commission on Superhuman Activities, Julia took up the Spider-Woman name and replaced the presumed-dead Jessica Drew as a member of the Avengers. Although now retired, her actions contributed to the defeat of the Beyonder during the infamous Secret Wars.

Standing 7 inches tall and including a detailed Hydra base, the Marvel Select Black Spider-Woman is in scale with past Marvel Select releases and will feature the line’s trademark deluxe packaging. 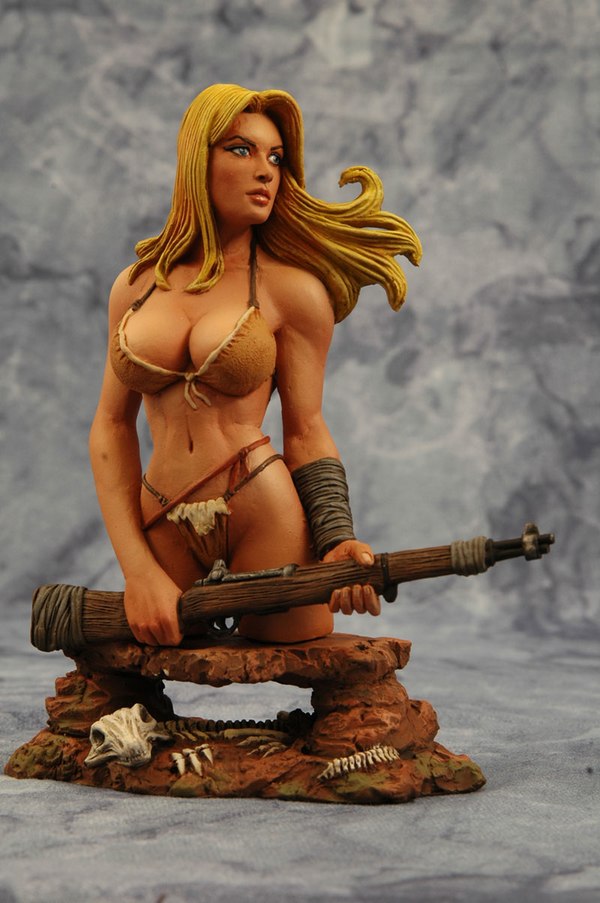 
Diamond Select Toys & Collectibles, LLC and internet-retailer Action Figure Xpress are pleased to announce their latest collaborative endeavor features Marvel’s ferocious female, Shanna the She-Devil! This exclusive resin bust will be available through Action Figure Xpress’ website (www.shopafx.com) and will be limited to only 1000 pieces!

A resident of Marvel Comics’ Savage Land, Shanna O’Hara began her life as a veterinarian working to protect endangered animals from poachers and other threats. Always an agile warrior, she took a more natural approach to combat and protected African wildlife in the field while honing her skills. After learning of the Savage Land she met her future husband, Ka-Zar, and agreed to marry him and dedicate her life to the protection of the sanctuary.

“While she may not come to mind as the most recognized Marvel character, Shanna and Ka-Zar have their own following and have had some top-notch titles over the years,” said Pat Wang, owner of Action Figure Xpress. “With the success of Frank Cho’s limited series, his artwork was even used as the basis for this bust.”

This exclusive Shanna the She-Devil is due to debut at July’s San Diego Comic Con, with a limited number set aside for online sales after the show. The bust was sculpted by Sam Greenwell and will be strictly limited to 1000 pieces. Available only at www.shopafx.com, each bust also features a hand-numbered base with matching box and Certificate of Authenticity. 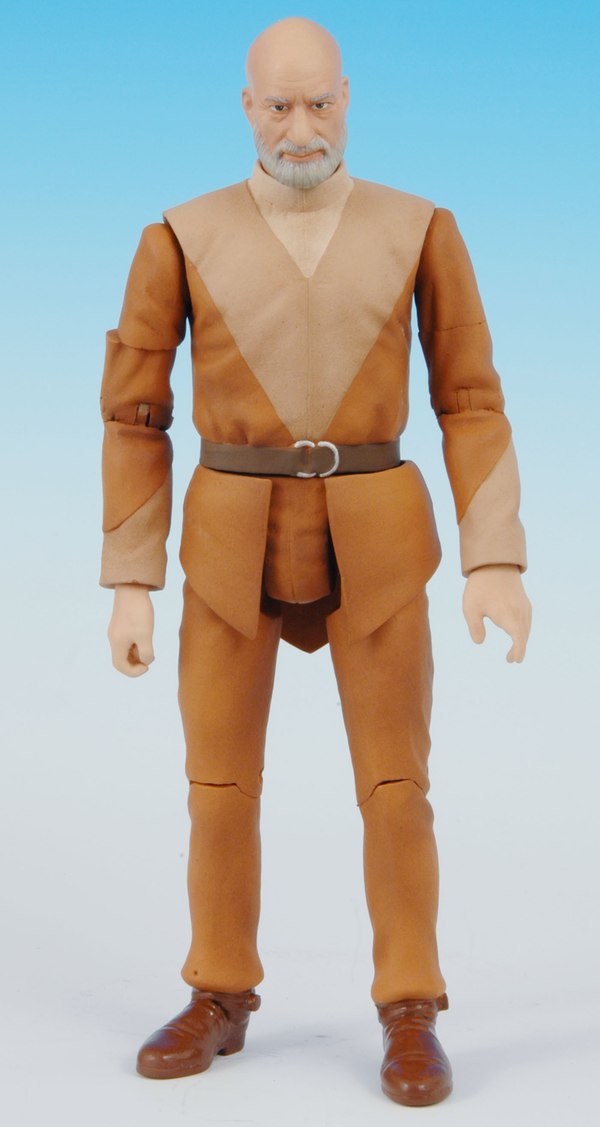