Upper Deck
by Jay Cochran
November 07, 2007
He is known for taking the big shot when his team needs a spark and scoring at near a 29 points per game clip, but now Carmelo Anthony is being immortalized by Upper Deck with an action figure. Upper Deck will release an All-Star Vinyl action figure of the Denver Nuggets Star Forward on Tuesday, November 13.

“Ever since Melo led his Syracuse team in the National Championship game as a true freshmen, he has been a fan favorite,” said Upper Deck’s Dave Sanders, Brand Manager for the All-Star Vinyl Line. “While comic-like in style, we kept Anthony’s figure as lifelike as possible with the inclusion of his shooting sleeve on his left arm, his tattoos and head band, and his signature model Jordan Brand shoes.”

Anthony, a member of the U.S. National Basketball team and perennial All-Star pick is off to a hot start averaging nearly 29 points, four assists and four rebounds per contest. “He is also the logical choice to be represented with an All-Star Vinyl figure,” added Sanders.

The new figures will run for $74.99, with the exception of the Black Edition, which is $99.99. Eager fans will be able to scoop up a dual pack featuring a black edition and a black on black version for $150.00. The figures will go live on www.allstarvinyl.com Tuesday, November 13 at 9:15am PDT for members of the All-Star Vinyl Platinum club and will be available to the public at 9:15am PDT the following day. Upper Deck also previously released a figure of Anthony’s running mate, Allen Iverson which can be found at www.allstarvinyl.com as they both compliment each other on and off the court.

At 11 inches and produced in the underground style of urban vinyl, Upper Deck’s All-Star Vinyl action figures are a combination of art and realism not typically found in sports licensed products. Adds Sanders, “in this medium, our designers are able to have fun by adding or playing up on player attributes and subtleties that give life to these athletes, highlight their distinct features, playing style – design characteristics that make them highly unique in comparison to more traditional based sports figures. Keeping with the comic book theme, the high end packaging and artwork was created by well-known comic artist Jeremy Madl.”

To offer more details on the All-Star Vinyl figures, Upper Deck has set up dedicated web site with a blog written by Sanders - allstarvinyl.com. It will also give consumers a first look at upcoming sports action figure launches throughout the year, giving insight into the athletes to be featured, as well as the artist and sculptor behind the piece.

The trend of urban vinyl collectibles originated in Hong Kong and Japan, recently becoming popular in the United States. A sign of its popularity: at the annual Toy Fair, in 2006 the industry officially recognized this trend with its own exhibit hall titled "Urban Bazaar: Indie Art Toys."

Upper Deck is the first and only company to recognize the possibility of combining urban stylized figures with licensed sports leagues to create a heroic depiction of sports stars. Upper Deck has released figures of NFL, NHL, NBA, and MLB players.

Urban vinyl figures, or designer toys, are thought of as not just toys, but as pieces of art. Usually made of soft roto-cast PVC, referred to by collectors as "vinyl," many of the industry's product launches are held at gallery openings or release parties where the toys are displayed side-by-side with paintings and other types of art.
Image 1 of 4 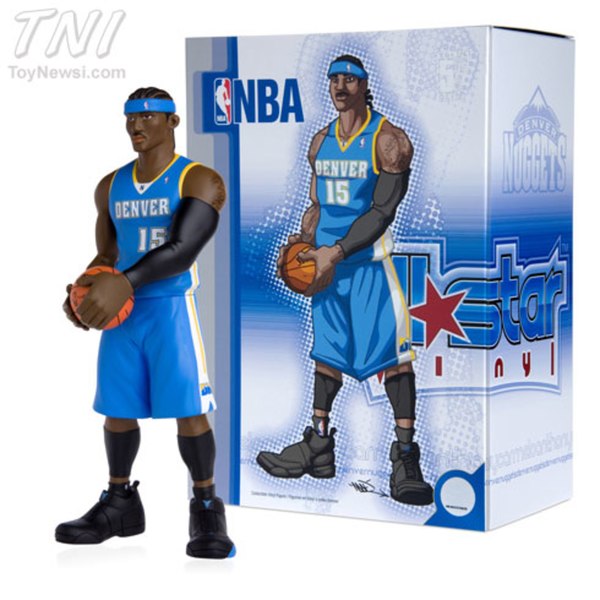 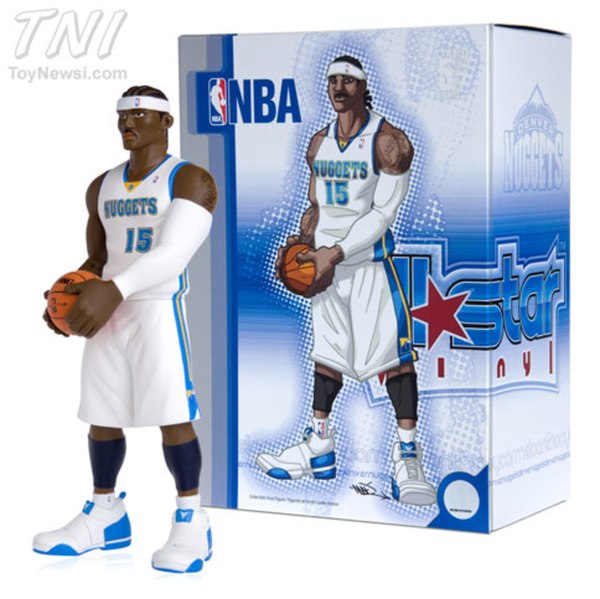 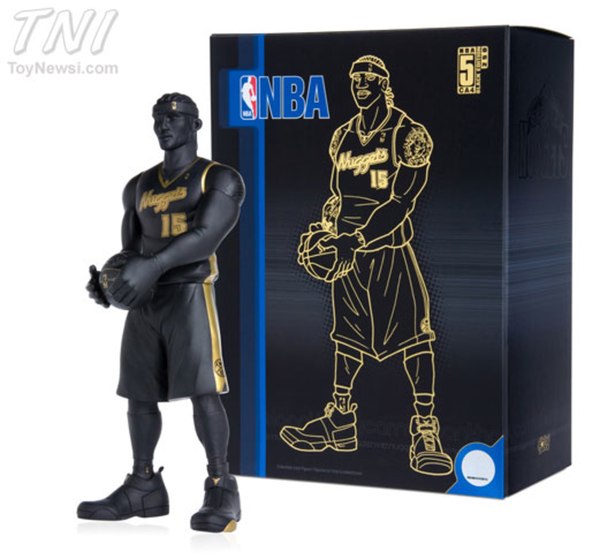 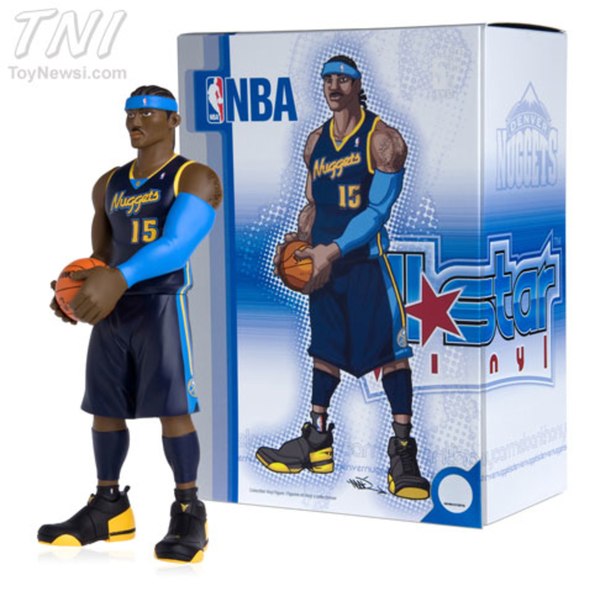